The FDA regulates prescription painkillers — and Trump’s nominee to run it has raked in big speaking fees from the opioid industry. 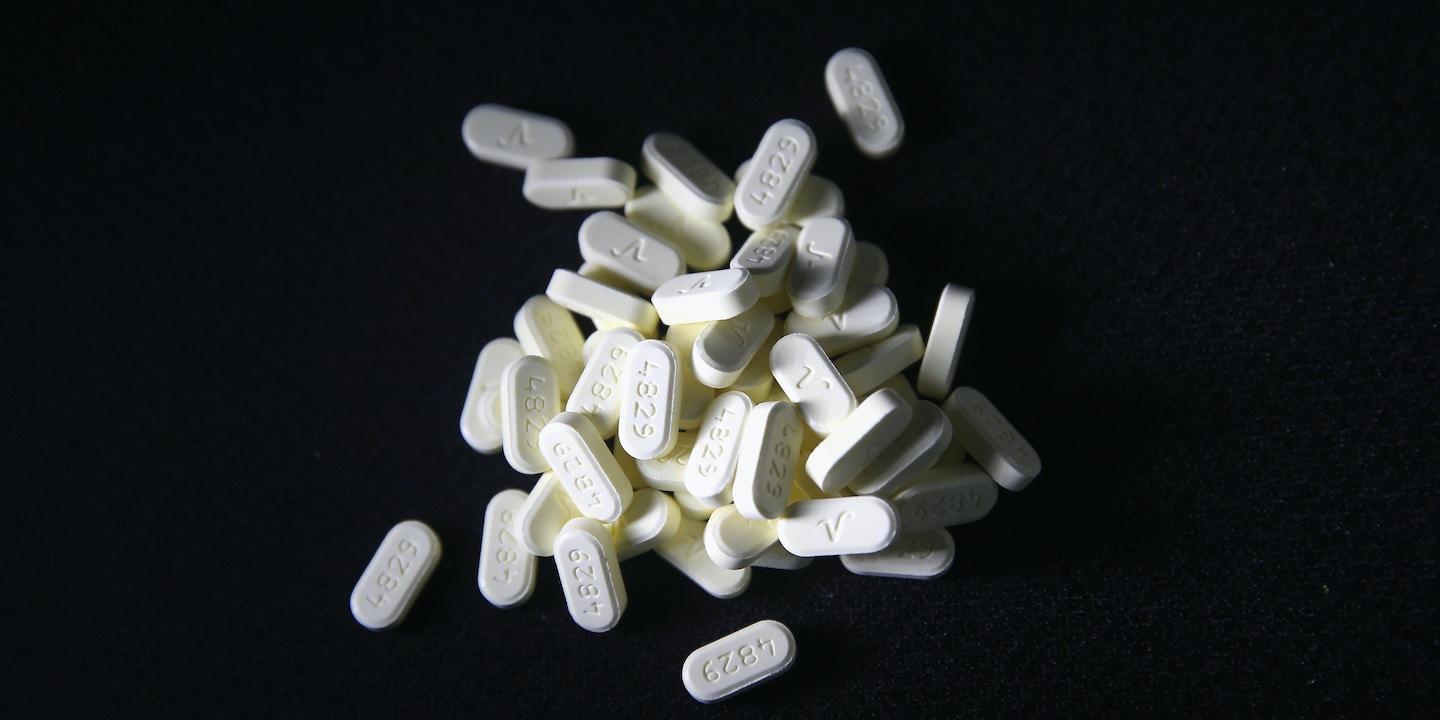 The FDA has some of the most significant authority in the federal government to oversee manufacturers of prescription painkillers. Gottlieb is set to appear for his confirmation hearing before the Senate Health, Education, Labor, and Pensions Committee at 10 a.m. tomorrow.

Gottlieb’s disclosure statements, required under federal law, show that since the beginning of 2016 he has received almost $45,000 in speaking fees from firms involved in the manufacture and distribution of opioids.

“Our country is in desperate need of an FDA commissioner who will take on the opioid lobby, not one who has a track record of working for it,” said Dr. Andrew Kolodny, the co-director of Opioid Policy Research at Brandeis University, reacting to this information.

Mallinckrodt Pharmaceuticals, the maker of a highly addictive generic oxycodone pill, paid Gottlieb $22,500 for a speech in London last November shortly after the U.S. presidential election. Prosecutors have charged that the firm ignored red flags and supplied as many as 500 million suspicious orders in Florida for its oxycodone product between 2008 and 2012. Mallinckrodt reached a tentative settlement this week, agreeing to pay $35 million while admitting no wrongdoing.

The Healthcare Distributors Alliance, a trade group for the largest opioid wholesale distributors in America, also retained Gottlieb as a speaker last September. 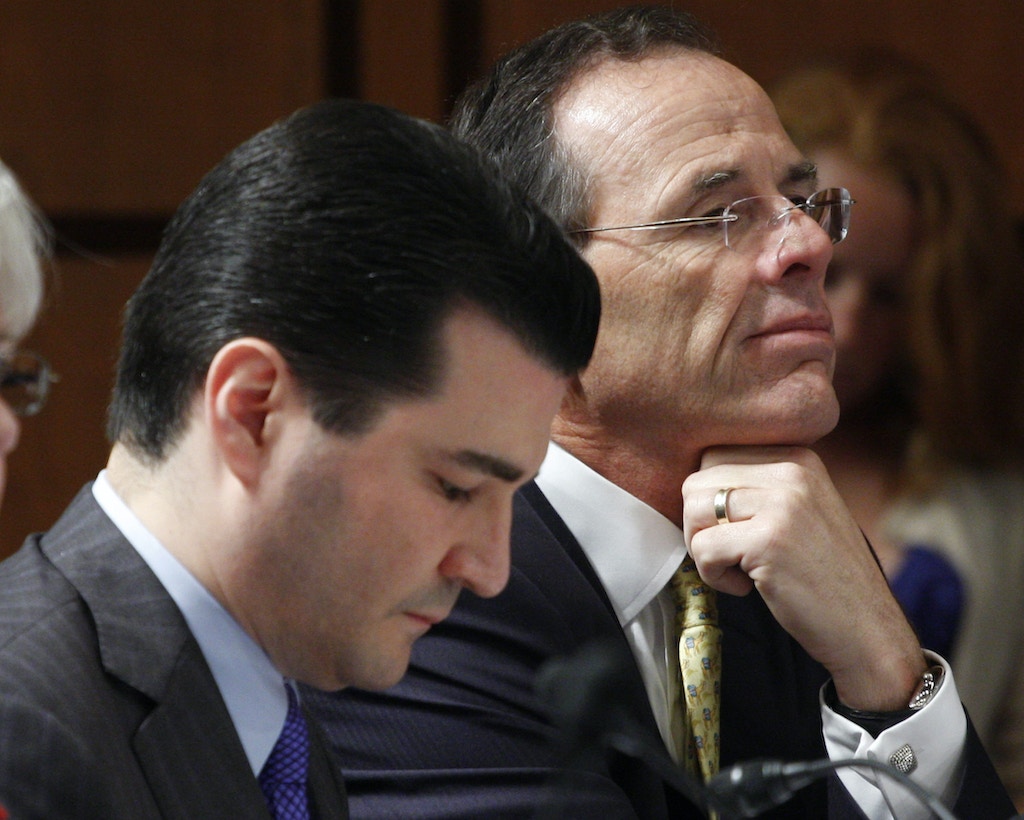 Among the distributors represented on the HDA executive committee are AmerisourceBergen Drug Corp., McKesson Corporation and Cardinal Health. Cardinal’s CEO, Jon Giacomin, is chairman of HDA.

A 2016 investigation by the Charleston Gazette-Mail found that these three companies supplied unusually large shipments of prescription painkillers in West Virginia, and provided the bulk of 780 million prescription pills sent to pharmacies in the state, a key factor in the fatal overdose epidemic.

Cardinal Health also temporarily lost its license to distribute opioids from its Florida warehouse in 2012 after the Drug Enforcement Administration found that the firm supplied several pharmacies known to act as so-called pill mills that routinely filled inappropriate prescriptions for oxycodone.

Gottlieb swiftly condemned the DEA’s action at the time, writing in the Wall Street Journal that the agency had overstepped its bounds, and that it should lose its authority to police the opioid market.

Gottlieb was also paid as a speaker by Johnson & Johnson, which owns a subsidiary that produces the opioid painkiller Nucynta, in January of last year. The federal drug payment disclosure database shows that Gottlieb received payments from Pfizer, the manufacturer of several opioid products, in 2015.

On a call with reporters on Tuesday, Sens. Ed. Markey, D-Mass., and Sherrod Brown, D-Ohio, announced their opposition to Gottlieb’s nomination, citing his opioid industry ties.

“People die because of the opioid epidemic,” said Brown. “We need all hands on deck to fight this crisis, including and especially the FDA. Unfortunately Dr. Gottlieb’s record indicates that as commissioner he wouldn’t take the epidemic and the FDA’s authority to rein in prescription painkillers and other drugs seriously enough.”

“Dr. Gottlieb has also said he wants the FDA approval process to move faster, and that FDA has too high of a standard for safety. I strongly disagree with that,” said Markey during the call.

The opioid crisis claims more than 16,000 lives from overdose deaths every year. The crisis stems in large part to the over-prescribing phenomenon, which has been fueled by deceptive marketing practices and efforts by industry to court doctors. As we’ve reported, Americans consume about 81 percent of the global supply of oxycodone products (the active ingredient in OxyContin) and almost 100 percent of hydrocodone (the active ingredient used in brands such as Vicodin).

The painkiller crisis is closely linked to heroin addiction, with many heroin users embracing the drug after first using opioids that were prescribed to them.

Gottlieb’s financial disclosure form further shows that he made more than $3 million throughout 2016 and the first three months of this year, through a combination of speaking fees, consulting arrangements with drug companies in general, board memberships, and his work at several healthcare-focused investment firms. Gottlieb is well-known as a critic of the FDA approval process and regulations, and has called for revamping agency rules to bring new drugs to market. In sharp contrast to Trump’s rhetoric on the campaign trail, Gottlieb has also criticized a range of proposals to bring down drug costs through government intervention in the market.

Top photo: Oxycodone pain pills prescribed for a patient with chronic pain lie on display on March 23, 2016, in Norwich, Conn.