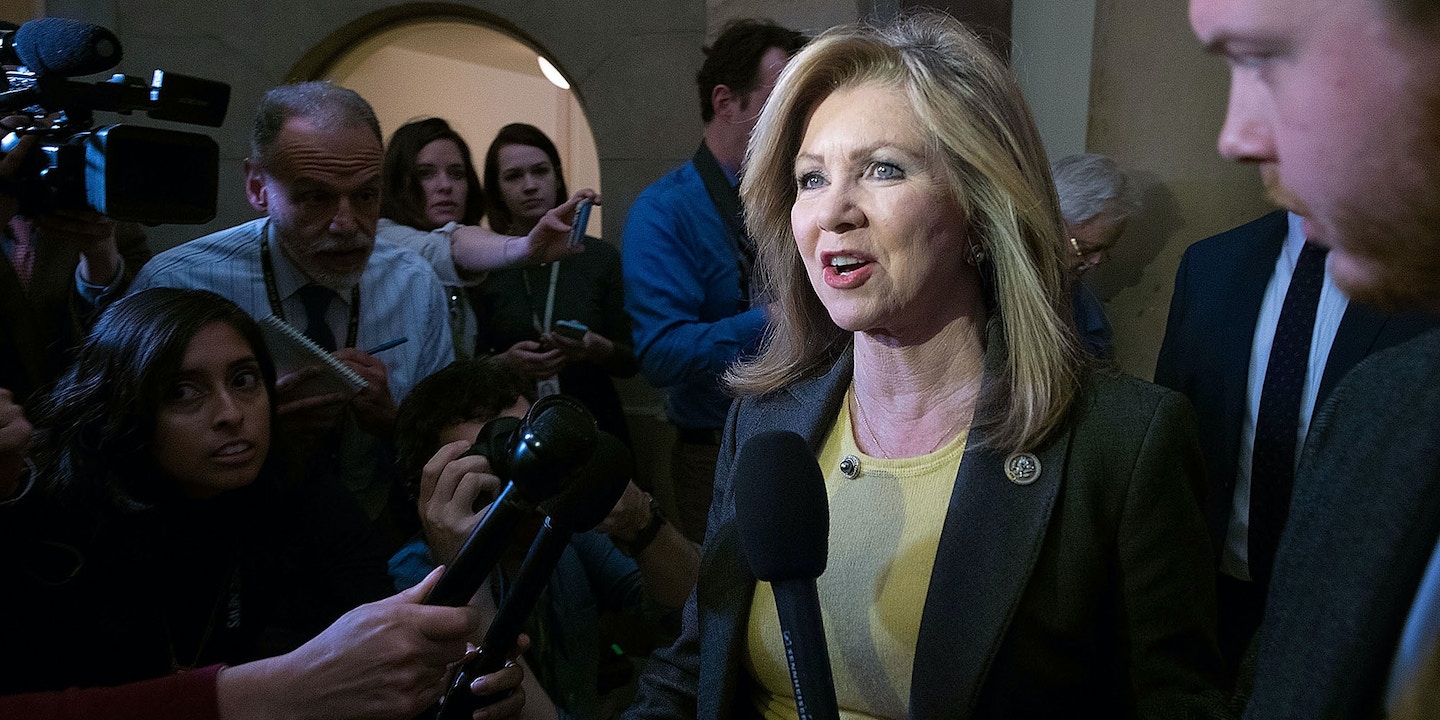 The two lawmakers most responsible for rolling back landmark internet browsing privacy protections were richly rewarded by telecommunication giants.

Congress voted last month to repeal privacy rules written by the Obama administration to prevent internet service providers from harvesting and selling users’ internet browsing history. The main — in fact only — constituency for the repeal was the telecom industry.

A Verizon political action committee filing shows that most lawmakers received between $500 and $1,000 from the firm during the first three months of this year. But Flake received $8,000 and Blackburn received $4,500.

Blackburn received $5,000 from the CTIA, the most of any House member. Speaker Paul Ryan only received $2,500 from the group during the same time period. Republican Senator from Arizona Jeff Flake speaks to reporters after a closed briefing at the Capitol in Washington, on April 7, 2017.

The U.S. Telecom Association, which includes CenturyLink and Verizon, also singled out Blackburn for more donations than any other lawmaker in the beginning of this year, providing $3,000 to her campaign account.

The repeal legislation passed both houses of Congress and was quietly signed by President Donald Trump.

Major telecom firms have already signaled their interest in breaking into the lucrative online advertising market, which analysts say is worth $83 billion.

The repeal of privacy protections incited anger on pro-Trump online forums, leaving many to wonder if Congress was simply acting in the interest of the telecom lobby.

“They betrayed you for chump change,” wrote the Verge’s T.C. Sottek, in a blog post highlighting the career donations from firms such as Comcast and AT&T to members of Congress.

A few progressive civil rights group opposed the privacy rule. As we previously reported, they were also recipients of telecom donations, and their decision to lobby against the FCC rule was organized by a group infamous for acting on behalf of the telecom industry.

Direct, reportable campaign donations are, of course, only one small way that major corporations secure their agenda in Washington. For instance, many large corporations provide campaign support to loyal politicians not through disclosed political action committees, but through campaign entities that are not required to disclose any donor information. Verizon or Comcast may donate several million dollars to a group like the American Action Network, which does not disclose donor information, that may spend an unlimited amount on behalf of politicians that are known to toe the line to the telecom industry legislative agenda. The revolving door between high-paying corporate jobs and Capitol Hill is also a powerful incentive for staffers and lawmakers.

Top photo: Rep. Marsha Blackburn is surrounded by reporters after leaving the office of Speaker of the House Paul Ryan at the U.S. Capitol in Washington, on March 23, 2017.