Obama’s family detention camps were strongly condemned for their inhumane conditions, but Trump has arguably made the situation even worse. 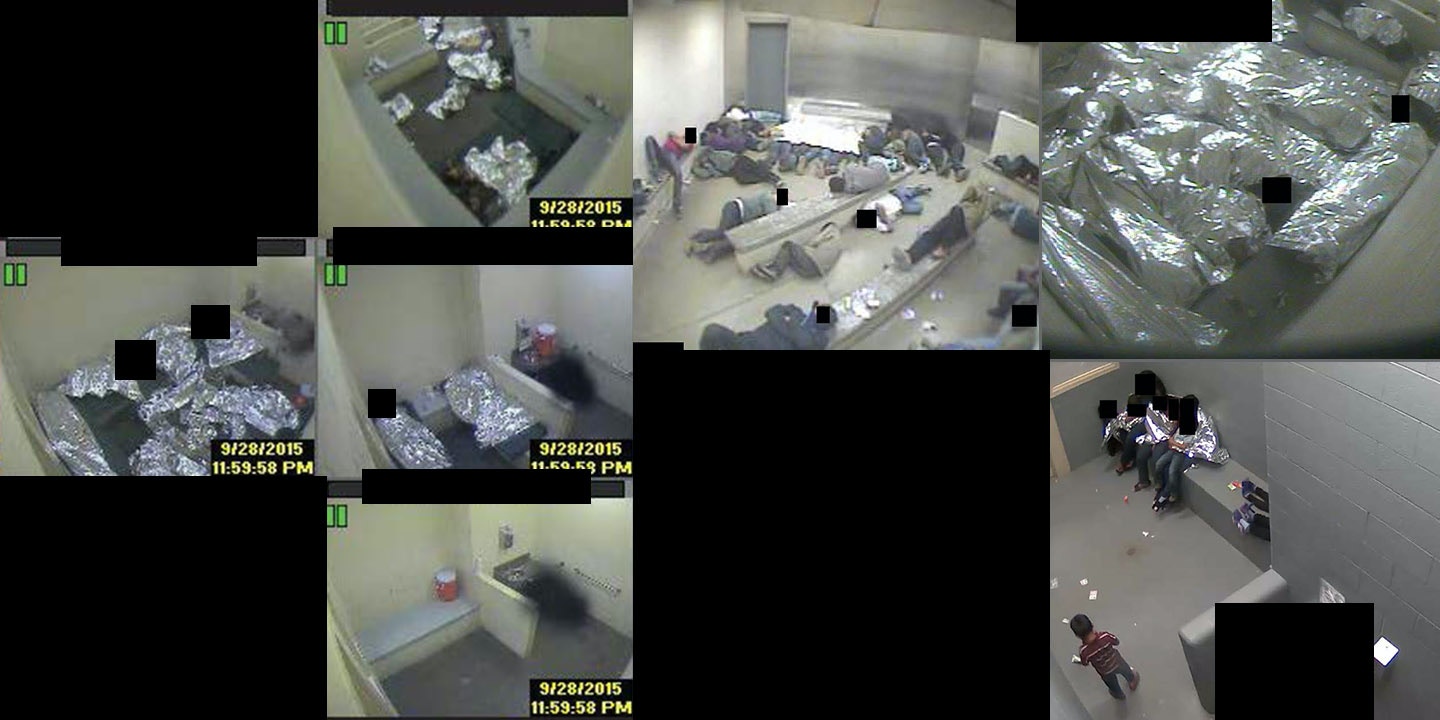 The woman arrived at the U.S.-Mexico border with her daughter in late April. “From what I had heard about the U.S., it was supposed to be a country that practices showing love to their fellow man. But what I have experienced with my daughter was horrible,” she wrote a few days later, after she was transferred from Border Patrol custody to Immigrations and Customs Enforcement.

An official took me who humiliated me, throwing all of my things into the trash, even the medicines of my daughter and the food that, with much work, I had brought. When I walked in to give my declaration the officials laughed at me because I arrived wet and with mud up to my abdomen. I asked them to please allow me to change my daughter’s clothes, but they wouldn’t let me. … We were still wet with mud. My sadness was that my daughter was shaking from the cold, wet and thirsty. But they would not give us water or food.

The letter was one of 22 I received from women who had crossed into the United States in recent weeks and were awaiting asylum hearings at the South Texas Family Residential Center in Dilley, Texas. Although the worst treatment, such as that described above, occurred before the women arrived at Dilley, conditions at the camp were described in stark terms.

The center, a complex of trailers surrounded by barbed wire in this small town south of San Antonio, is one of three Immigration and Customs Enforcement facilities that house women and children in the U.S.

U.S. policy on detaining families and children has fluctuated over the years. For decades, people seeking asylum in the U.S. were released while awaiting their hearings. Even with minimal supervision, the overwhelming majority of those not detained showed up for their asylum hearings. But a 1996 law made it more common to detain people hoping to get asylum while their cases were being processed. After largely doing away with family detention, in 2014 the Obama administration responded to a sudden influx of refugee children and families from Central America by detaining large numbers of families and speeding up deportations.

Obama’s family detention camps were strongly condemned for their inhumane conditions, but Trump has arguably made the situation even worse. “There’s been a much stronger emphasis on making the asylum process stricter, detaining more people and keeping them in detention for longer periods of time,” said Katharina Obser, a senior program officer at the Women’s Refugee Commission.

As the president’s rhetoric about “bad hombres” and border walls has escalated, the number of women entering the country without documentation has fallen — and the number of residents in the Dilley center, the largest immigrant detention facility in the country, has fluctuated. Though it has the capacity to accommodate up to 2,400 residents, the actual census is at times much lower. The number of people spending this Mother’s Day at the center is between 300 and 400, according to RAICES, an immigrants rights group that gathers this information from several sources, and the Dilley center has held as few as 120 people in recent months.

Because CoreCivic, the private company (formerly known as Corrections Corporation of America) that operates the family residential center for ICE, is paid a flat fee for running the detention center, the per-person cost of staying at the centers has soared even after monthly payments for running Dilley were cut from more than $20 million to $12.6 million when its contract was revised in October. When the facility is at its emptiest, taxpayers are shelling out more than $3,500 per person per night to keep women and children at Dilley, more than the bill for a night in the fanciest penthouse suite in one of Donald Trump’s Hawaiian resorts.

By all accounts, the experience at Dilley is nowhere near as grand. The restrooms lack privacy. Lights are sometimes left on at night, making it difficult to sleep. The women at Dilley report that the water smells and tastes bad and sometimes makes them sick. Many people in town have voiced similar concerns, and according to Dilley resident Jose Asuncion, “anyone who can afford to buys bottled water.” Medical care at Dilley as well as the two other ICE family detention centers has been inadequate, according to immigration advocates.

“We consistently hear reports of poor medical treatment,” said Amy Fischer, policy director at RAICES, which is part of a group effort to provide services to women and children at the center. RAICES also runs a shelter in San Antonio that houses families released from family detention, where, Fischer said, “we never got a kid who was leaving detention in good health. The hospital in San Antonio has diagnosed kids released from Dilley as being ‘Dilley-ish’ because they’re all sick with stomach and upper respiratory issues.”

The letters from women detained at Dilley told of frustrations and humiliations not just at the detention center but at “hieleras,” the temporary facilities run by Customs and Border Protection, where many of them stayed right after crossing the border and before being transferred to Dilley. “Hielera” is Spanish for icebox. And they described treatment that was cold in every sense.

According to government guidelines, no one is supposed to be detained for more than 72 hours at the holding cells, which aren’t designed for overnight stays and typically don’t have beds. Border Patrol workers are instructed to keep family members together and to keep temperatures at the facilities comfortable. “Under no circumstances will officers/agents use temperature controls in a punitive manner.”

Yet, according to the letters, these standards are often violated. Several described being subjected to frigid temperatures. “My daughter was purple from how cold she felt,” one mother recounted. “They wouldn’t give us any blankets. Her lips and her hands and feet were all purple.”

Another wrote of her son becoming feverish during the five days they spent in the hielera. And several letter writers complained of having their children taken away from them. One woman wrote that she asked a female guard to see her twin daughters who had been taken from her. “She said no and slammed the door in my face,” she wrote. “They wouldn’t let me see them even for a minute. I didn’t know if they were getting food.”

Even though they were coming to the United States to escape suffering in their own countries, the women repeatedly described being floored by the cruelty with which they were treated. “One officer hit me on my fingers and told me that I better prepare myself, that they were going to deport me,” one mother described. Another wrote that guards threatened to put her children up for adoption.

Women reported that they and their children often did not receive enough to eat or drink. Perhaps most humiliating, many said they were denied access to the bathroom. “They closed the doors with chains and we were unable to go to the bathroom,” one woman wrote, noting that a guard told her that “this is your punishment for coming here.” Even after this practice sometimes caused accidents, border guards sometimes refused the women’s requests to bathe.

Although access to toilets was meted out like a prize, the bathrooms themselves were sometimes filthy. “It smelled like dead animals and excrement,” wrote one mother, who said she developed an infection at the hielera.

She, like several of the mothers, focused on how their treatment since crossing the border might affect her child. But her letter made clear that the experience had changed her, too. “I thought that entering this country, which had always been my dream, was always going to be an unforgettable day,” she wrote in her letter. “It was. But it was the saddest and ugliest day I could have imagined.”

Top photo: These video stills were submitted as exhibits in litigation filed against the Border Patrol by the American Immigration Council, the National Immigration Law Center, the ACLU of Arizona, the Lawyers’ Committee for Civil Rights of the San Francisco Bay Area, and Morrison & Foerster LLP. They depict a sample of conditions in the Border Patrol’s “short-term” detention facilities in the Tucson sector, including individuals wrapped in Mylar sheets sleeping on a concrete floor and benches in a cell so crowded there is no room to move around.