Obama’s Deportation Policy Was Even Worse Than We Thought

Contrary to President Obama’s avowed policy, a huge part of ICE’s deportation efforts resulted in the separation of families. 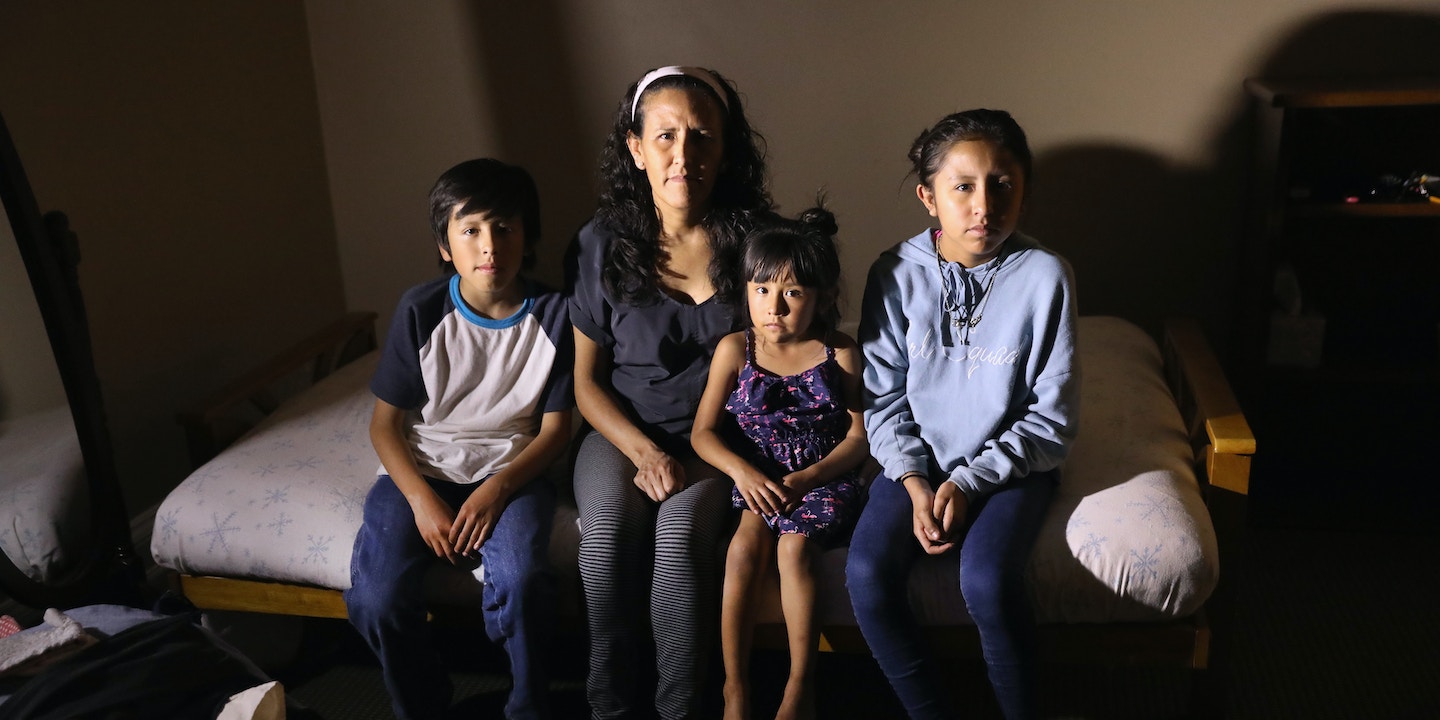 Immigrations and Customs Enforcement imprisons more than 10,000 parents of American citizens in California each year, according to a report released today by Human Rights Watch.

The report, entitled “I Still Need You,” analyzes the impact of immigration enforcement policy on immigrant families in California and finds that parents with U.S. citizen children were more likely to be deported from detention rather than released. The report also finds that from January 2011 through June 2015 nearly half of the immigrants detained in California had no criminal history, findings that directly contradict claims President Obama made about his immigration enforcement policy at that time. Under President Trump, the report’s authors believe, the trends suggested by the data have likely become even more pronounced.

In 2014, Obama announced a new immigration enforcement policy known informally as “felons, not families,” which purported to prioritize the deportation of undocumented immigrants with serious criminal histories and avoid separating families. But as the Marshall Project has shown, less than a fifth of the immigrants deported nationwide under the policy had been convicted of violent or potentially violent crimes. More than 40 percent had no criminal convictions whatsoever.

An even higher proportion — 47 percent — of immigrants detained by ICE in California from October 1, 2014 to June 30, 2015 had no criminal history, according to Human Rights Watch’s review. (The data showed criminal history only for this shorter period of the overall time span.) The report estimates that only 9 percent were convicted of a violent felony.

“Instead of focusing on violent criminals, U.S. immigration policy has ripped apart American families and communities through the deportation of large numbers of lawful residents and undocumented immigrants with less serious criminal histories,” the report argues.

Together, the figures indicate that contrary to Obama’s avowed policy, a huge part of ICE’s enforcement efforts resulted in the separation of families, and a much smaller portion went toward deporting people who posed legitimate public safety threats.

The long-term consequences of the vast number of families shattered by this indiscriminate deportation regime are difficult to measure but disturbing to contemplate. “One of the things that’s important to understand is the ripple effects when someone is deported from the U.S., on our schools, in dependency on the foster care system, the juvenile delinquency system,” said Lindsay Toczylowski, executive director of the Immigrant Defenders Law Center in Los Angeles. “For so many kids that pain and trauma stunts their growth and development. Also, the deported parent is often the primary breadwinner. It throws a curveball into their lives.”

Under the Trump administration, it’s likely that the figures cited by Human Rights Watch have become even more lopsided, though data is not yet available to reach a definitive conclusion.

Donald Trump campaigned on a promise to mass deport undocumented immigrants with criminal histories, a population he claimed to number 2-3 million. That figure has been widely debunked. In order to meet this ambitious goal, Department of Homeland Security Secretary John Kelly issued two memoranda that jettisoned Obama’s “felons, not families” approach and made nearly every undocumented immigrant in the country subject to priority deportation.

Since the Kelly memoranda were issued, ICE has engaged in high profile arrests of immigrants with negligible criminal histories and with strong family and community ties.

“It’s too soon to know for sure but if the policies stated in the memo were fully enforced, the numbers of detained parents would certainly increase,” Clara Long, a Human Rights Watch lawyer and a co-author of the report, wrote in an email. “Trump’s policy essentially makes everyone a priority whereas Obama’s specifically weighed the impact of deportation on U.S. citizen children.”

Pro-immigrant elected officials in California have responded to the Trump administration’s aggressive immigration enforcement regime by passing laws to prohibit state and local government agencies from collaborating with ICE, and establishing legal defense funds for undocumented immigrants in removal proceedings.

In Los Angeles County, whose metropolitan region is home to nearly 10 percent of the country’s undocumented immigrant population, a $10 million “L.A. Justice Fund” is in the process of being established to provide attorneys to deportation defendants who cannot afford them (unlike in criminal courts, under federal law legal counsel is not guaranteed in immigration proceedings). Some city and county officials, led by former Obama administration labor secretary and current Los Angeles County supervisor Hilda Solis, have been pushing to exclude people with certain felony convictions from eligibility for the fund. They have faced strong resistance from immigrant rights activists who favor “universal representation,” arguing that every deportation defendant regardless of background deserves due process under the law, which is only possible with legal representation.

“You’re five times more likely to not be deported with a lawyer fighting for you while you’re in detention,” said Toczylowski. “The L.A. Justice Fund means fewer families will be broken up in L.A. County; fewer children will suffer the trauma of having their parents deported.”

Top photo: Jeanette Vizguerra, 45, sits with her U.S.-born children, Roberto, 10, Zury, 6, and Luna, 12 while taking sanctuary at the First Baptist Church on May 5, 2017 in Denver, Colo. Her children stay with her at the church on weekends. Vizguerra, who has lived in the U.S. for 20 years, took refuge almost three months ago, avoiding a check-in meeting with U.S. Customs and Border Enforcement (ICE), where her stay of deportation was declined. Vizguerra has become a leader in the new sanctuary movement, where churches nationwide are housing undocumented immigrants to shield them from deportation.