Legislation marked up in the House Judiciary Committee Thursday would bring additional force to the Trump administration’s hardline immigration agenda. Republican lawmakers are pushing legislation that would bring sweeping changes to the nation’s immigration enforcement apparatus, adding thousands of new deportation officers and, among other things, equipping each of them with body armor and an assault rifle.

The little noticed bills, marked up in the House Judiciary Committee Thursday, would bring additional legal force to the Trump administration’s hardline immigration agenda, which has already seen the pool of individuals prioritized for deportation broadened to include virtually all the country’s 11 million undocumented immigrants.

Spearheaded by Judiciary Committee Chair Bob Goodlatte, R-Va., two of the bills pertain to Immigration and Customs Enforcement (ICE) and U.S. Citizenship and Immigration Services (USCIS), laying out new powers and responsibilities for both agencies, while a third, introduced by Goodlatte and Rep. Raúl Labrador, R-Idaho, takes aim at a wide range of issues in immigration enforcement.

That third bill, the “Michael Davis, Jr. and Danny Oliver in Honor of State and Local Law Enforcement Act,” which appeared in a tweeted photo of White House strategist Steve Bannon’s policy agenda, would see immigration violations traditionally treated as civil infractions transformed into criminal violations, punishable by up to 20 years in prison. Speaking before judiciary committee members Thursday, Rep. Jerrold Nadler, D-N.Y., said the provision would “turn millions of Americans into criminals overnight.” Nadler added that the legislation was “straight out of the Donald Trump mass deportation playbook.” 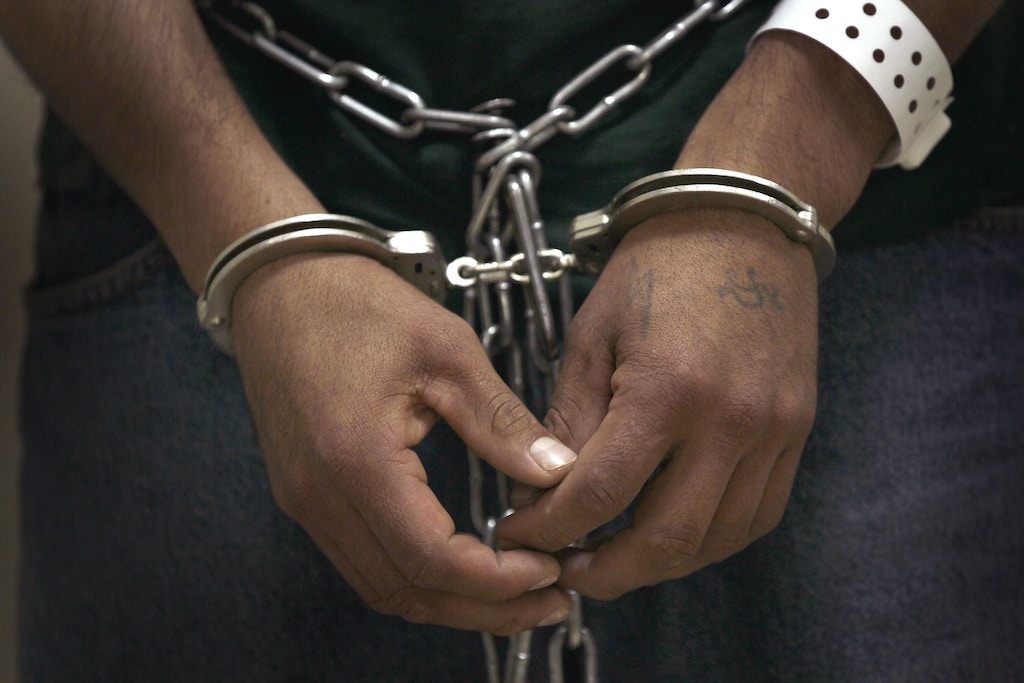 Rep. Brad Schneider, D-Ill., noted that under the language of the proposed law, recipients of Deferred Action for Childhood Arrivals (DACA) — the Obama-era program currently shielding hundreds of thousands of young people brought to the U.S. as undocumented children from deportation — could be stripped of their protections because they are in the country while knowingly in violation of the law.

“This draconian bill is absolutely wrong,” Schneider said. “DACA recipients are not criminals.”

In addition to radically altering the nature of charges used against undocumented immigrants, and calling for an expansion of federal immigrant detention facilities, the 184-page Davis-Oliver Act would codify the Trump administration’s controversial threats to cut departments of Justice and Homeland Security grants to state and local law enforcement agencies that do not comply with federal immigration enforcement initiatives. Under the law, states would also be required to provide DHS a wide range of details on all immigrants who are apprehended and “believed to be inadmissible or deportable,” including that individual’s name, address, photo, and license plate number, as well as other identifying information.

The bill echoes Trump’s call to increase ICE’s ranks with the addition of 10,000 new agents, as well as 2,500 new detention officers and 60 new full-time ICE prosecutors. Deportation officers on the ground would inherit new arrest powers under the proposed legislation, including the power to arrest immigrants accused of criminal or civil offenses without a warrant, even if the agency determines those individuals are not “likely to escape before a warrant can be obtained.” Under the bill, those deportation officers would be heavily armed, with each officer issued “high-quality body armor” and “at a minimum, standard-issue handguns, M–4 (or equivalent) rifles, and Tasers.”

To insure state and local authorities are falling in line with federal immigration enforcement objectives, Goodlatte’s ICE authorization bill has called for an “ICE advisory council” — a panel that would include members appointed by himself (as chair of the House Judiciary Committee), the chair of the Senate Judiciary Committee, ICE’s prosecutors’ union, ICE’s union (which endorsed Trump), and the president himself.

With deep ties to a range of far-right policy organizations, GOP members of the House Judiciary Committee have long been known for their hawkish views on immigration — it was Goodlatte’s aides who secretly worked alongside the Trump White House in crafting the executive order banning travelers from seven Muslim-majority nations. During Thursday’s mark up, the Republicans defended the proposed legislation on law order and grounds, making the case that all laws surrounding immigration should be equally and aggressively enforced.

Addressing the Davis-Oliver bill in particular, Goodlatte said the legislation, named after a pair of law enforcement officers killed by an undocumented immigrant, “decisively delivers the immigration enforcement tools that ICE, its officers, and all of us need in order to show the obstructionists, the criminal aliens, and all those who benefit from a culture of lawlessness that breaking our immigration laws will no longer be tolerated.”

Immigration advocates and legal experts argue the Republican lawmakers’ “enforcement only” approach reflects a lack of interest in solving complex policy issues and, in doing so, threatens to tear families apart while further ballooning the historic backlog in the nation’s immigration courts.

“These bills constitute an unprecedented ramp up in enforcement,” Greg Chen, director of government relations at the American Immigration Lawyers Association, told The Intercept. “Instead of recognizing that there needs to be a solution that improves the immigration system, these bills fall into line with President Trump’s mass deportation agenda that’s just going to hurt the country and isn’t going to do anything to improve public safety.”

Debate on the proposed bills is scheduled to resume on Tuesday.

Top photo: Supplies are displayed at the entrance of the Adelanto immigration detention center in Adelanto, Calif., on April 13, 2017.