Clinton alums are gathering with a purpose: to raise money for one of their own in a Democratic primary. 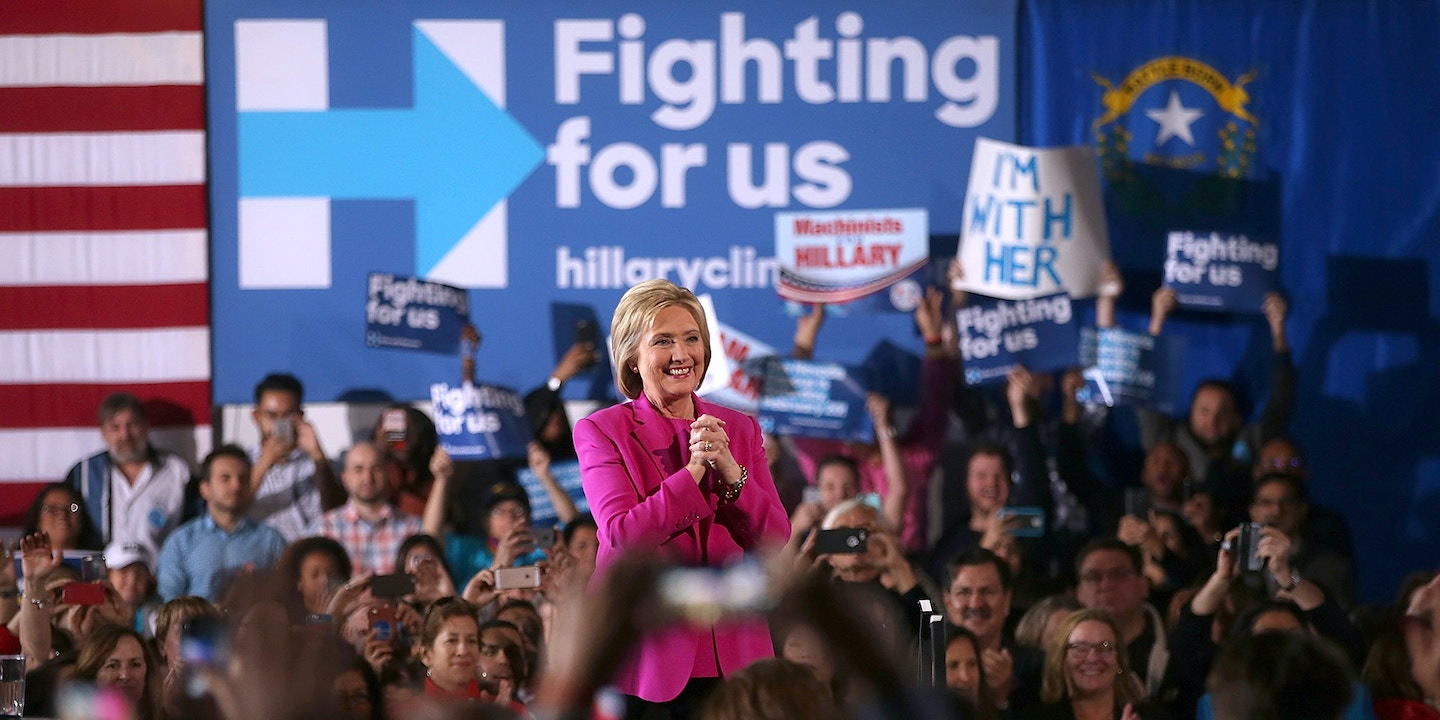 Top veterans of the Hillary Clinton campaign are holding a reunion in a Capitol Hill row house on Friday, according to an invitation to the event obtained by The Intercept.

The Clintonworld alums are gathering with a purpose: to raise money for one of their own in a Democratic primary, against a former NFL player-turned civil rights attorney, in a Dallas congressional district.

In 2016, the Democratic Party, in one of their more embarrassing failures in a year with no shortage of them, forgot to run a candidate in Texas’s 32nd District, which covers the northern Dallas suburbs.

Clinton, frustratingly for House Democrats, went on to outpoll Donald Trump in the district, but, with no challenger, incumbent Republican Pete Sessions easily defeated Libertarian and Green Party candidates in the general election.

In April, a hometown hero, Colin Allred, a former NFL linebacker, announced his entry into the race. Allred, though, is not a mere jock. He put off Berkeley Law School in order to play out his NFL career, returning once he’d decided his brain had taken enough bruising. Since then, he has become a voting rights attorney, and served as an official in Barack Obama’s Department of Housing and Urban Development. 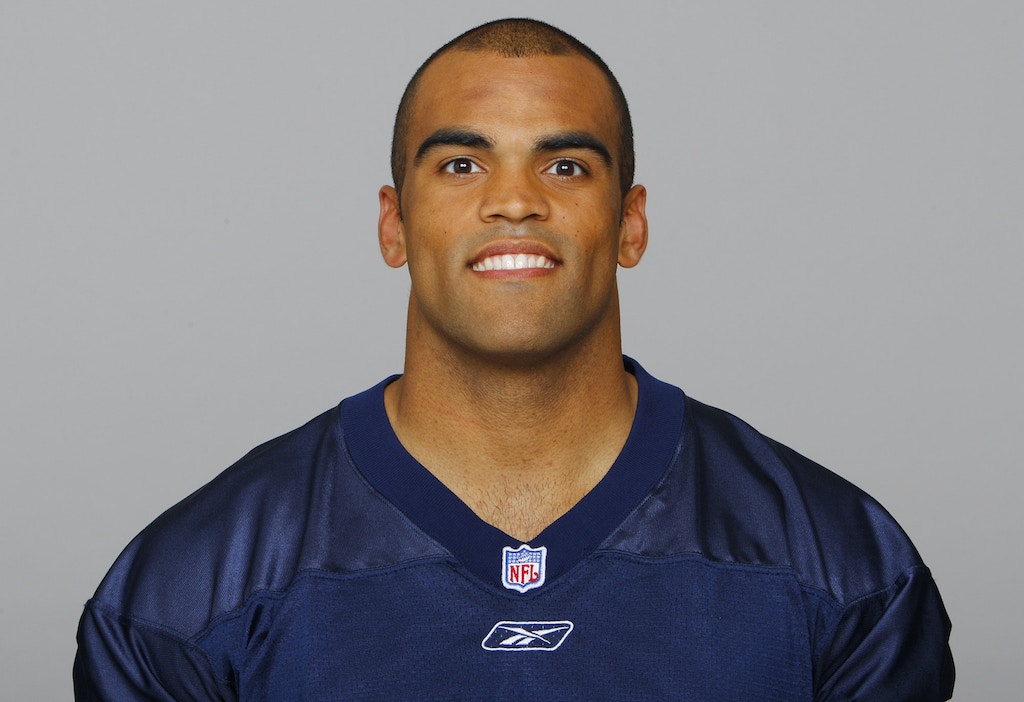 Colin Allred of the Tennessee Titans poses for his 2010 NFL headshot at Baptist Sports Park in Nashville, Tenn.

Clintonworld alum Ed Meier then joined the race last month. Meier served as director of policy outreach for the Clinton campaign, as well as the executive director for the since-mothballed presidential transition team.

If Clintonworld is still smarting from the bruising primary campaign against Sen. Bernie Sanders, it hasn’t kept them away from this one. The co-hosts of the Meier fundraiser are a who’s who of Clinton veterans: Robby Mook, Cheryl Mills, Jake Sullivan, Tom Nides and others. Of the seven named hosts on the Meier for Congress fundraising invitation obtained by The Intercept, six have Clinton ties, and several either work for large financial institutions or law firms that represent them. The invite suggests contributions of anywhere from $500 to $5,000.

The high-powered D.C. fundraiser with a mix of political and business leaders may seem discordant, at a time when Democrats are coalescing around a more strident liberal politics. And it suggests that the faction that has maintained an iron grip on Democratic politics for decades does not plan to go away quietly.

Nides, a Clinton bundler and top executive at Fannie Mae and Morgan Stanley, slid into government service when Clinton served at the State Department. Nides went right back to Morgan Stanley after Clinton left State, but was rumored to be a top candidate for White House chief of staff or another top position in a Clinton White House. Nides helped Bill Clinton sell NAFTA to Congress in the 1990s, and later helped Morgan Stanley fend off more aggressive financial reform in the Dodd-Frank Act.

When Elizabeth Warren, anticipating a Clinton victory, said in a speech last September that the Democratic nominee’s hypothetical White House’s personnel shouldn’t include “Citigroup or Morgan Stanley or BlackRock getting to choose who runs the economy in this country so they can capture our government,” it was widely assumed the Morgan Stanley inclusion was a reference to Tom Nides.

Similarly, it was assumed that Warren’s name-check of BlackRock, the world’s largest asset management firm, was a reference to Mills, a major Clinton confidant who will also co-host Friday’s Meier fundraiser. Mills, Clinton’s former chief of staff at the State Department,  has served on BlackRock’s board of directors since October 2013. Observers immediately intuited this as a ploy by Larry Fink, the BlackRock CEO, to insinuate himself into Clinton’s inner circle as part of a bid to become Treasury Secretary. With Trump winning the presidency, Fink took the consolation prize: a seat on the President’s Strategic and Policy Forum, a panel of CEOs who advise the administration on the economy.

In addition to the BlackRock board, Mills now runs her own hedge fund, BlackIvy, which endeavors to build commercial businesses in sub-Saharan Africa. During the campaign, Clinton’s Wall Street reform policies very closely mirrored the preferences of BlackRock and its CEO.

Dan Feldman, one of the other Clinton veterans hosting the Meier fundraiser, is now a partner at the white shoe Washington law firm Akin Gump, where according to the press release announcing his hire he advises “multinational corporations, U.S. trade associations and foreign governments on international business and policy issues.”

These are not exactly abnormal credentials for a D.C. fundraiser. But seeing so many ex-Clinton officials team up on behalf of a congressional candidate, particularly those with deep ties to the financial industry, raises questions about Meier’s views on that critical domestic policy subject.

Meier currently serves as the interim executive director of an non-profit education company called Big Thought, which provides after-school and summer learning programs in the Dallas area. He was a senior advisor to Clinton at the State Department before serving as a policy advisor on the campaign. As co-executive director of the Clinton transition, Meier spent the final months before Election Day focused on staffing a potential Clinton White House.

Before that, Meier was a management consultant in Dallas with a division of McKinsey.

The Meier for Congress campaign did not respond to a request for comment, nor did the campaign for Colin Allred, his chief challenger in the Democratic primary.

The Intercept also asked Our Revolution, the organization built out of the remnants of the Sanders campaign, for their thoughts on the Clintonworld reunion. A spokeswoman replied, “We only comment on races where we have endorsed.”