British broadcasters are compelled by law to at least try to provide genuinely fair and balanced reporting, and it has had an impact on the campaign. 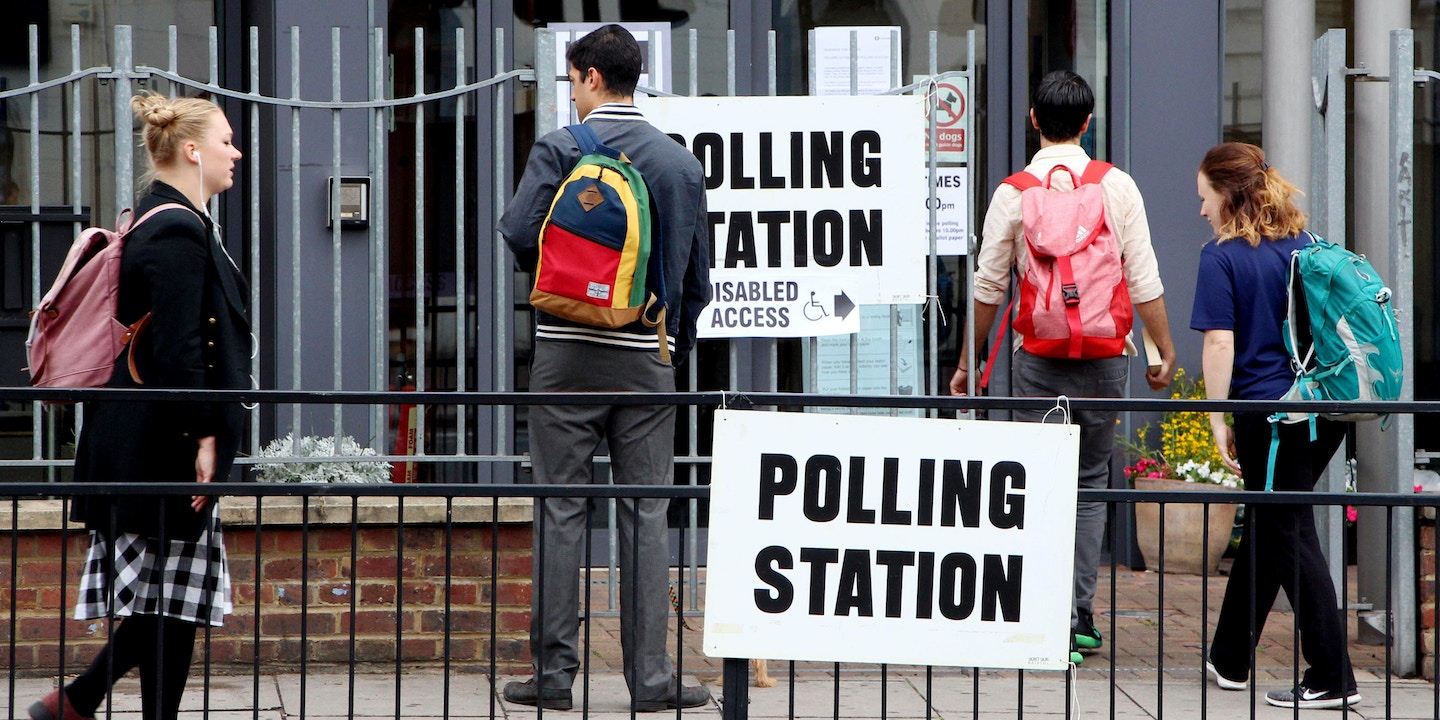 Here in Britain, where voters are casting ballots for a new Parliament, those who still get their news mainly from television or radio are enjoying a brief period of calm, thanks to strict media laws that impose an election-day ban on the broadcast of any campaign coverage that might influence how people vote.

Those laws do not extend to coverage by the nation’s newspapers, which skew heavily to the right, and were filled on Thursday with alarmist headlines, warning of catastrophe if voters did not turn out to defeat the Labour Party and its leader, Jeremy Corbyn.

Rupert Murdoch’s Sun, for instance, urged voters not to “Chuck Britain in the Cor-Bin” — to the evident delight of Conservative candidates like James Duddridge.

Couldn't have said it better myself @TheSun dont chuck Britain in the COR-BIN. #GE2017 #VoteConservative pic.twitter.com/GFNuCwvGy4

The Daily Mail, meanwhile, opted for a jingoistic appeal to “Reignite Britain’s Spirit,” one day after it had cranked the dial up to 11, accusing Corbyn and the proposed leaders of his cabinet of being “Apologists for Terror.”

That headline had prompted Brian May, the musician who leads a campaign for “common decency” in British politics, to suggest that “somebody from the Daily Mail should go to prison for libel. Surely measures must be taken in the future to make newspapers as accountable for the truth and decency of their output as the rest of us.”

Some Corbyn supporters responded to the onslaught on Thursday by taking direct action, launching a viral movement to buy up all the copies of the tabloids they could lay their hands on, and make their metaphors real — by setting the papers alight, or chucking them in (recycling) bins.

This morning I reignited the British spirit with the newsagents entire stock of Suns and Daily Mails. pic.twitter.com/5SPP1D8BTP

On the airwaves, however, there was a period of enforced tranquillity, as reports were limited to dry factual accounts and boring images of candidates walking in and out of polling places.

This pause in fevered speculation over who would win the election came at the end of a seven-week campaign period during which radio and television programs were obliged by law to provide genuinely fair and balanced reporting. Broadcasters, including not just the publicly financed BBC, but also commercial channels like Sky News — which Rupert Murdoch’s 21st Century Fox owns 39 percent of — have been forced to provide “adequate coverage” of the larger parties, giving them all “due weight,” and explaining their proposed policies with “due impartiality.”

To take one example of what that looks like in practice, consider a fair-minded report broadcast Wednesday night by Sky News — currently run by James Murdoch, Rupert’s son.

In the segment, the channel’s economics editor, Ed Conway, took viewers through the details of the tax policies of the two major parties, offering clear evidence that all but the richest Britons would do better under a Labour government than a Conservative one.

Q: Which party will make you richer? A: None of them. Unless you’re rich, in which case: the Tories. My analysis: https://t.co/ITAkucFky3 pic.twitter.com/Sii0o5rxUb

Now try to imagine such a report ever airing on Fox News.

Should the Conservatives be returned to power, however, there is good reason to fear that the Murdochs might soon try to transform the dry, loss-making Sky News into a local version of the sensational and profitable Fox News. They have already submitted a bid to buy out their partners and take full control of the Sky network, and the next government could approve that takeover later this month.

If that happens, it seems fair to assume that a push to gradually weaken the rules mandating impartial election coverage by broadcasters will soon follow.

The current election campaign shows why that would be a real loss for British politics. Over the past seven weeks, by doing their legally mandated duty to report on the policies of the parties, television and radio coverage has changed the public conversation about the two candidates vying to become prime minister, and led to a bounce in the polls for Jeremy Corbyn.

Before the election-period media laws kicked in, coverage of Corbyn on political talk shows had focused mainly on infighting in his party and the doubts of pundits about his ability to appeal to voters beyond his far-left base. As he traveled the country during the campaign, however, the broadcasters have been forced to report on the ever-larger size of the crowds coming to hear Corbyn speak, and discovered that the policies in his manifesto are broadly popular.

Corbyn rally, Birmingham tonight. He has probably addressed bigger meetings in 2017 than any leader since Churchill pic.twitter.com/FOKWoKNXAA

Theresa May, by contrast, has been shown appearing again and again in staged photo-ops, usually addressing only small numbers of party activists, clustered together behind her, to give the impression of adoring crowds. Those dry, stage-managed events — almost entirely free of substance — have been reported as such.

There are about 30 people here to watch Theresa May speak to 5 people in the back of a Dunelm in Nottingham pic.twitter.com/5CBZdVj77a

While there was a wide disparity in the final polls — which showed Corbyn’s Labour trailing Prime Minister Theresa May’s Conservatives by less than one percentage point or more than 12 — there was no doubt that Corbyn’s standing had surged during the campaign, while May’s had taken a hit.

Theresa May has seen her perception of her negative traits increase significantly since she took over in July 2016… https://t.co/t1FvZ1b1A6 pic.twitter.com/Y9AGOtXALQ

... while Corbyn has seen small but noticeable improvement in his perception over the course of the last 2 weeks https://t.co/t1FvZ1b1A6 pic.twitter.com/YqePADmFsx

Whether the dull, robotic nature of her campaign has been enough to swing the election away from May remains to be seen, but it is clear that the broadcast regulations giving airtime to Corbyn and his proposed solutions to Britain’s social problems has at least given him a fighting chance.