Dan Coats did something truly shocking at the Aspen Security Forum: He told the truth about the effects of U.S. foreign policy. 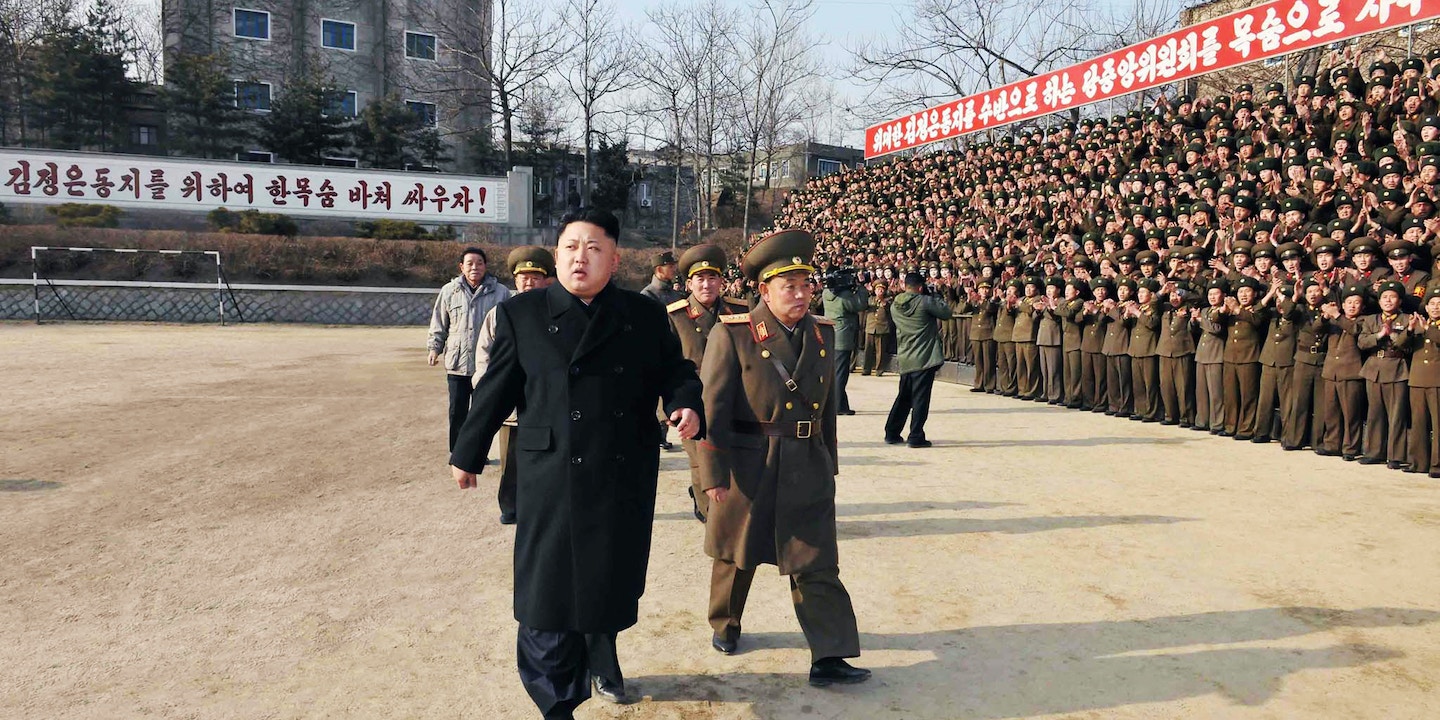 The media is now filled with headlines about North Korea’s missile test on Friday, which demonstrated that its ICBMs may be able to reach the continental U.S. What isn’t mentioned in any of these stories is how we got to this point — in particular, what Dan Coats, President Donald Trump’s director of national intelligence, explained last week at the Aspen Security Forum.

North Korea’s 33-year-old dictator Kim Jong-un is not crazy, said Coats. In fact, he has “some rationale backing his actions” regarding the country’s nuclear weapons. That rationale is the way the U.S. has demonstrated that North Korea must keep them to ensure “survival for his regime, survival for his country.”

Kim, according to Coats, “has watched, I think, what has happened around the world relative to nations that possess nuclear capabilities and the leverage they have and seen that having the nuclear card in your pocket results in a lot of deterrence capability.” In particular, “The lessons that we learned out of Libya giving up its nukes …  is, unfortunately: If you had nukes, never give them up. If you don’t have them, get them.”

This is, of course, blindingly obvious and has been since the U.S. helped oust longtime Libyan dictator Muammar Gaddafi’s regime in 2011. But U.S. officials have rarely if ever acknowledged this reality. Here’s the timeline:

In December 2003, Libya announced that it would surrender its biological and chemical weapons stockpiles, as well as its rudimentary nuclear weapons program.

In celebrating Libya’s decision, President George W. Bush declared that the rest of the world should take away the message that “leaders who abandon the pursuit of chemical, biological and nuclear weapons, and the means to deliver them, will find an open path to better relations with the United States and other free nations.” Paula DeSutter, Bush’s Assistant Secretary of State for Verification and Compliance, explained that “we want Libya to be a model for other countries.”

In 2011, the U.S. and NATO conducted a bombing campaign to assist Libyan rebels in overthrowing the Gaddafi government. Gaddafi himself was captured by one rebel faction, who apparently sodomized him with a bayonet and then killed him.

You would definitely expect this to get the attention of North Korea’s ruling clique — especially given that Iraq had also disarmed and then been invaded, with its dictator executed by a howling mob.

And, indeed, North Korea said this explicitly at the time. Its foreign ministry stated, “The Libyan crisis is teaching the international community a grave lesson,” which was that the deal to rid Libya of weapons of mass destruction had been “an invasion tactic to disarm the country.”

Yet the Obama administration shamelessly denied this. A reporter told State Department spokesperson Mark Toner that “North Koreans are looking at this” and it didn’t “give them a lot of incentive to give up their nuclear weapons.” Toner replied that “where [Libya is] at today has absolutely no connection with them renouncing their nuclear program and nuclear weapons.”

Moreover, North Koreans and other countries can read, and so understand what America’s foreign policy elite has repeatedly explained why we want small countries to disarm. It’s not because we fear that they will use WMD in a first strike on us, since nations like North Korea understand that would immediately lead to their obliteration. Instead, our mandarins explicitly say the problem is that unconventional weapons help small countries deter us from attacking them.

There are many examples. For instance, in a 2001 memo, then-Secretary of Defense Donald Rumsfeld stated:

Several of these [small enemy nations] are intensely hostile to the United States and are arming to deter us from bringing our conventional or nuclear power to bear in a regional crisis. …

[U]niversally available [WMD] technologies can be used to create “asymmetric” responses that cannot defeat our forces, but can deny access to critical areas in Europe, the Middle East, and Asia…“asymmetric” approaches can limit our ability to apply military power.

The think tank Project for a New American Century, a neoconservative pressure group that had a heavy influence on George W. Bush’s administration, made the same point in an influential paper called “Rebuilding America’s Defenses”:

The United States also must counteract the effects of the proliferation of ballistic missiles and weapons of mass destruction that may soon allow lesser states to deter U.S. military action by threatening U.S. allies and the American homeland itself. Of all the new and current missions for U.S. armed forces, this must have priority. …

In the post-Cold War era, America and its allies, rather than the Soviet Union, have become the primary objects of deterrence and it is states like Iraq, Iran and North Korea who most wish to develop deterrent capabilities.

In fact, even Dan Coats himself has said this, in a 2008 op-ed he co-wrote. “An Islamic Republic of Iran with nuclear weapons capability would be strategically untenable,” Coats said, because it would possess a “deterrent” against U.S. attack. And to prevent Iran from acquiring the ability to deter us, he explained, we might have to attack them.

Video of Coats speaking and his full remarks are below:

DAN COATS: It has become a potential existential threat to the United States and it is of great concern.

LESTER HOLT: And in terms of the number of options available publicly we know that there aren’t a lot of great options there, and a lot of it is trying to see into Kim Jong-un’s head and that’s I suspect that most difficult kind of intelligence trying to predict someone’s behavior.

COATS:  Well, he’s demonstrated behavior publicly that really raises some questions about who he is and how he thinks and how he acts, what his behavior is, but our assessment has come — has pretty much resulted in the fact that while he’s a very unusual type of person, he’s not crazy.  And there is some rationale backing his actions which are survival, survival for his regime, survival for his country, and he has watched I think what has happened around the world relative to nations that possess nuclear capabilities and the leverage they have and seen that having the nuclear card in your pocket results in a lot of deterrence capability.  The lessons that we learned out of Libya giving up its nukes and Ukraine giving up its nukes is unfortunately if you had nukes, never give them up.  If you don’t have them, get them, and we see a lot of nations now thinking about how do we get them and none more persistent than North Korea …