The Pentagon gives an implausible denial that it knew of credible allegations of human rights abuses at a base where U.S. personnel are present. “To date, U.S. Africa Command has not received any reports of human rights abuses by Cameroonian forces at either of these locations.” This was the boilerplate reply to media outlets from Robyn Mack, a spokesperson for U.S. Africa Command, the umbrella organization for U.S. military activities on the continent. Mack was responding to revelations, detailed in a recently released Amnesty International report, of torture and killing by Cameroon’s elite Rapid Intervention Battalion — known by its French acronym, BIR — at two military bases in that country.

The Intercept and Forensic Architecture, a research firm based at Goldsmiths, a branch of the University of London, conducted an additional investigation based on Amnesty’s extensive research. The investigation demonstrated that as the U.S. military fortified one of the Cameroonian sites, known as Salak, and supported BIR troops based there, the outpost also served as a scene of illegal imprisonment, brutal torture, and even killings.

AFRICOM failed to provide comment on whether the command was aware of such allegations prior to publication. In the wake of the article — and even though The Intercept only asked about Salak — Mack offered the same reply: “In response, to date, U.S. Africa Command has not received any reports of human rights abuses by Cameroonian forces at either of these locations.”

As far back as 2007, however, the U.S. State Department’s Bureau of Democracy, Human Rights, and Labor chronicled reports of torture at Salak by members of Cameroon’s BIR. And the Department of State’s 2016 Human Rights Report specifically cites previous investigations by Amnesty International into torture and deaths at Salak in 2014 and 2015. When this was brought to Mack’s attention by The Intercept, she claimed to be unsure if anyone at AFRICOM had been made aware of the report. “The State Department and the Department of Defense are two different things,” she said.

When informed that the State Department’s 2016 findings were brought to the attention of Capt. Jennifer Dyrcz, another AFRICOM spokesperson, by The Intercept more than a week earlier, Mack changed her story. “When we’re saying that, we’re talking specifically about a U.S. service member reporting up their chain of command. Not about external reports,” she said. Mack later claimed this was a question of “semantics.”

A spokesperson who provided information on the condition of being identified only as a State Department official emphasized to The Intercept that the reports are not only publicly available but also “widely distributed.”

“I don’t have the specifics on who saw this year’s HRR” — State’s Human Rights Report — “but HRRs are always generated at post and cleared throughout the mission, which would involve other USG agencies,” the spokesperson told The Intercept by email, using a common acronym for the U.S. government.

According to Mack, U.S. Africa Command has now ordered an inquiry into Amnesty’s allegations. But Mack refused to offer details. “I can tell you that a portion of the inquiry will include determining what reported information, if any, AFRICOM was aware of prior to this allegation and will look at U.S. force involvement at the base in Salak,” she said.

Despite the thorough nature of Amnesty’s report, AFRICOM’s review is only exploratory in nature. “In this case, AFRICOM made the determination to conduct a more informal, fact-gathering inquiry in order to determine whether further investigation is warranted,” AFRICOM spokesperson Samantha Reho explained. “Upon review of these facts, the command will determine if a more formal investigation is required.”

“The abundant evidence of routine and systematic torture and the seriousness of allegations warrant a full-fledged investigation,” said Ilaria Allegrozzi, Amnesty International’s lead researcher on the new report. “We call for an independent, impartial, thorough investigation and for its results to be made public.”

AFRICOM did not respond to questions about whether the investigation’s findings would be aired publicly.

For reasons of “operational security,” AFRICOM failed to provide details on whether U.S. personnel are currently based at Salak and did not respond to questions about prior deployments at the base. Dyrcz, the second AFRICOM spokesperson, previously told The Intercept that nearby Maroua and “Salak air field are important hubs for our security assistance efforts in the region, and we regularly have small numbers of U.S. personnel (military and/or contractor) in the area supporting Cameroon’s aviation, logistics, counter-improvised explosive devices, and force protection capabilities.”

“A limited number of U.S. military are present in Salak base in a support role,” the State Department official told The Intercept, noting that State Department personnel also “visit the base periodically” to meet with U.S. and Cameroonian forces.

Allegrozzi, of Amnesty International, wants more information about why Americans who deployed to Salak failed to report abuses on a base where evidence shows U.S. personnel had apparently unrestricted access and scores of noncombatants were subjected to water torture, beaten with electric cables and boards, or tied and suspended with ropes, among other abuses. “We would like to have explanations regarding the lack of knowledge by U.S. personnel of illegal detention and torture at Salak,” she said.

Top photo: Cameroonian soldiers from the Rapid Intervention Brigade stand guard amid dust kicked up by a helicopter in Kolofata, Cameroon, on March 16, 2016. 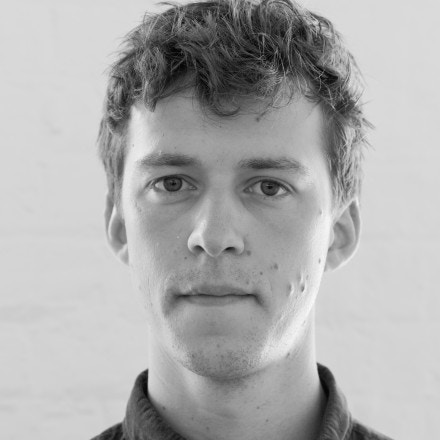