All the Times Donald Trump Said the U.S. Should Get Out of Afghanistan 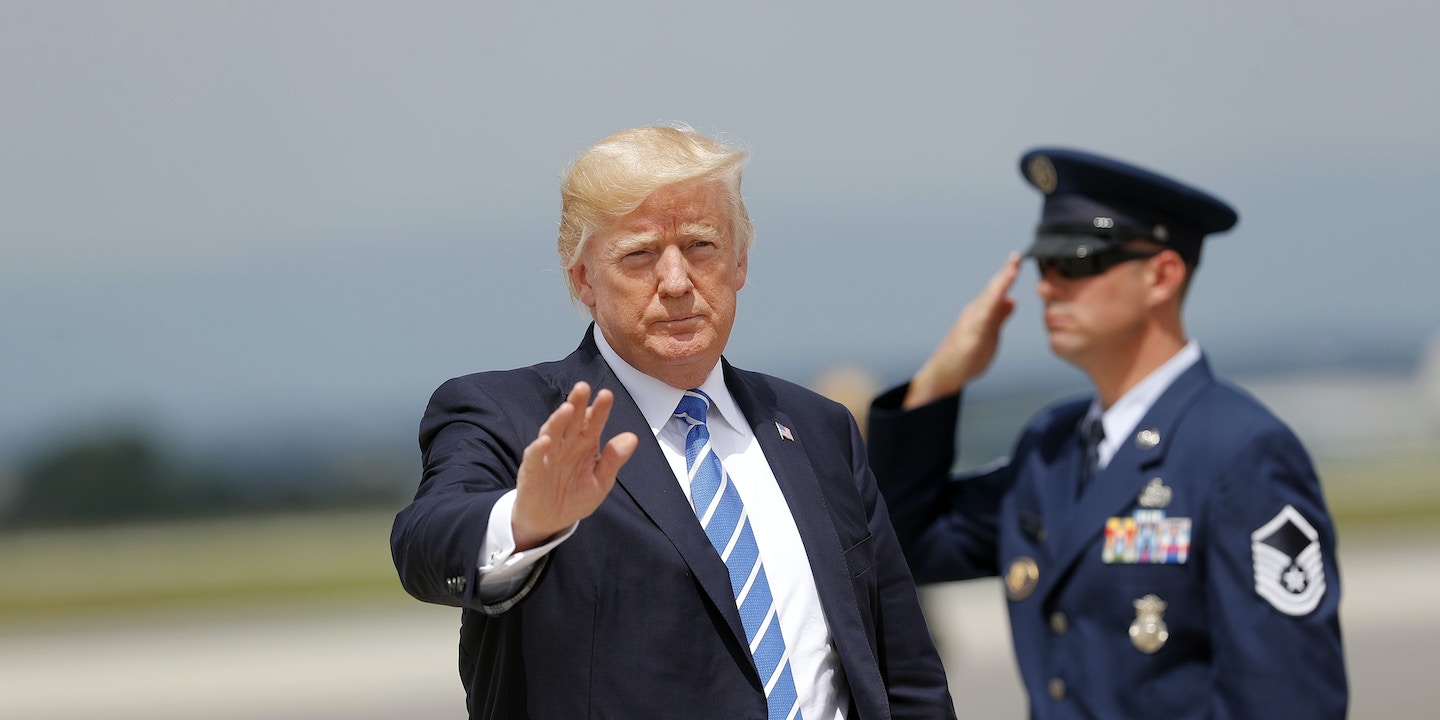 For years as a reality TV star, Donald Trump demanded that the United States leave Afghanistan. Among other things, he said that the U.S. had “wasted an enormous amount of blood and treasure” and “wasted lives” there, that the war was “nonsense,” and that instead we should “rebuild the USA.”

On Monday night, as president, Trump is expected to announce that he’s sending several thousand more American troops to fight in the 16-year war.

There are currently about 8,400 U.S. soldiers stationed there, as well as approximately 6,000 from other members of NATO. The number of American troops in Afghanistan peaked at 100,000 in 2011. A total of 3,539 coalition soldiers have died during the war.

Afghanistan was barely mentioned during the 2016 presidential campaign. The GOP platform did not say much on the subject. “A Republican president will work with all regional leaders to restore mutual trust,” it read. Trump said nothing about it during his convention and inaugural speeches, and essentially nothing in his campaign book, “Crippled America.”

During an October 2015 interview with CNN, Trump was asked whether he believed “that American boots should stay on the ground in Afghanistan.” He replied, “We made a terrible mistake getting involved there in the first place.” He added: “Are they going to be there for the next 200 years? At some point, what’s going on?”

However, he did qualify his statement. “I would leave the troops there, begrudgingly,” he said. “You probably have to because that thing will collapse about two seconds after they leave.” (A few weeks later Trump denied he’d said that the Afghanistan war was a mistake.)

Below, in reverse chronological order, are Trump’s statements on Twitter and television calling for the U.S. to withdraw.

We have wasted an enormous amount of blood and treasure in Afghanistan. Their government has zero appreciation. Let's get out!

We should leave Afghanistan immediately. No more wasted lives. If we have to go back in, we go in hard & quick. Rebuild the US first.

Let’s get out of Afghanistan. Our troops are being killed by the Afghanis we train and we waste billions there. Nonsense! Rebuild the USA.

Karzai of Afghanistan is not sticking with our signed agreement. They are dropping us like dopes. Get out now and re-build U.S.!

Perhaps the clearest example of Trump’s former certainty about the need for withdrawal came in a March 2012 update to the video blog he used to promote “The Celebrity Apprentice” and burnish his own credentials as a political thinker.

“Afghanistan is a total and complete disaster,” Trump said in the first seconds of that vlog post (which was deleted from the Trump Organization’s YouTube channel after the 2016 election, but preserved by The Intercept).

“Let’s get with it, get out of Afghanistan,” Trump argued then. “We’ve wasted billions and billions of dollars, and more importantly, thousands and thousands of lives — not to mention all of these young men and women that come home and they really have problems.”

On CNN, Trump declared that the U.S. should “get out” of Afghanistan, adding, “We have to rebuild our country. We’re rebuilding. You know, you go to Afghanistan. There is a school. It gets blown up. We rebuild it. We build a road to the school. They both get blown up. We rebuild. In the meantime, if you want to build a school in Brooklyn or Iowa or California, you can’t build them.”

Top photo: President Donald Trump waves after getting off Air Force One at Hagerstown Regional Airport in Hagerstown, Md., Aug. 18, 2017, en route to nearby Camp David, for a meeting with his national security team to discuss strategy for South Asia, including India, Pakistan and the way forward in Afghanistan.