Lawyers for Reality Winner, the ex-NSA contractor accused of leaking a top-secret document published by The Intercept, want her alleged confession thrown out. 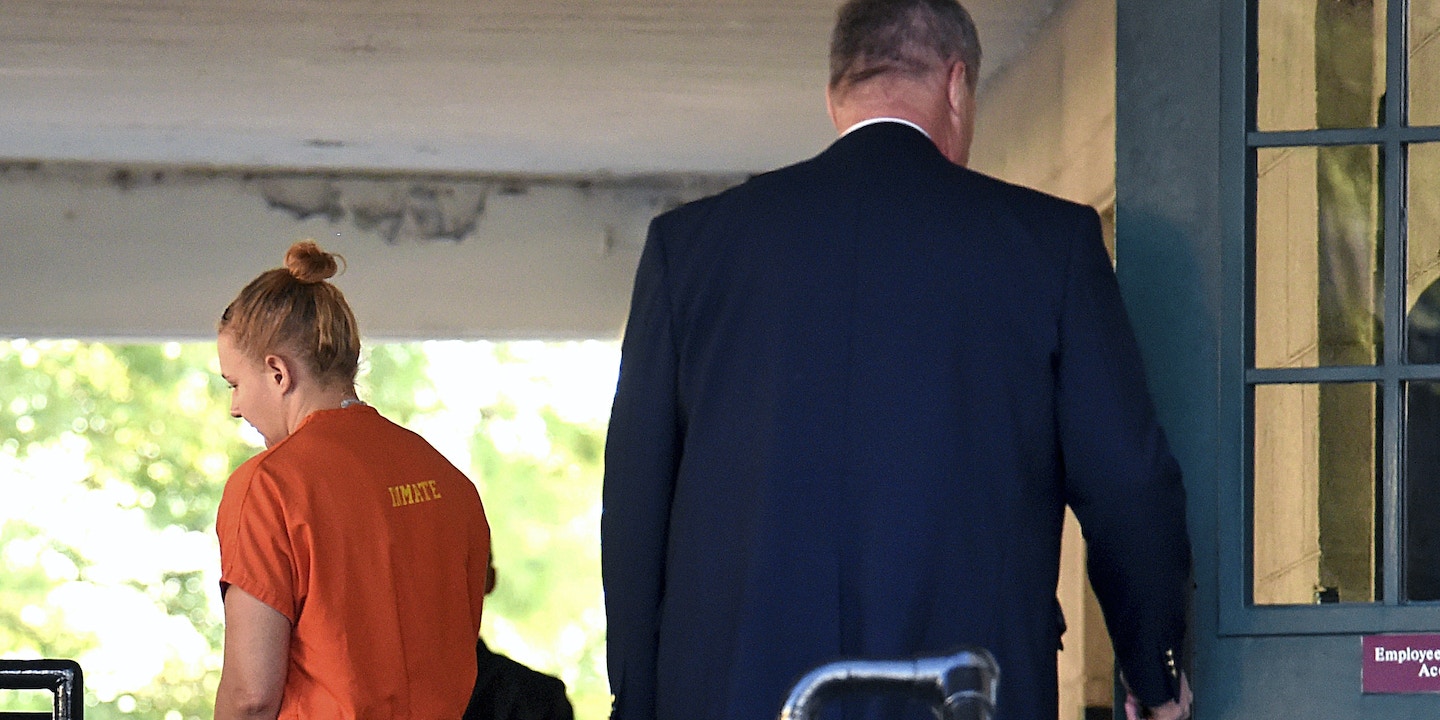 At a court hearing on Wednesday, a federal judge agreed to delay accused leaker Reality Winner’s trial until March. The delay will allow Winner’s lawyers and expert witnesses to acquire the required security clearances needed to access classified information the government may use against her in court.

A potentially critical pretrial battle, however, is brewing right now, according to court documents filed Tuesday. Winner — the 25-year-old Air Force veteran and ex-National Security Administration contractor indicted under the Espionage Act for allegedly leaking a top-secret document — has accused the FBI of violating her Miranda rights. Winner’s lawyers are arguing that any alleged confession should be barred from a jury trial.

“Because Winner was not read her Miranda rights prior to law enforcement questioning,” Winner’s lawyers said in a memo supporting their motion, “any statements elicited by law enforcement from Winner during the encounter must be suppressed, as should any evidence obtained as a result of those statements.”

Winner is accused of having leaked an NSA document that was the basis of a story published by The Intercept on June 5, though The Intercept has no knowledge of the source’s identity. (The Intercept’s parent company, First Look Media, has taken steps to provide independent support for Winner’s legal defense through the Press Freedom Defense Fund. First Look also contributed $50,000 in matching funds to the Stand With Reality campaign, which I co-founded.)

Winner was denied bail shortly after her arrest and is currently in jail awaiting trial. Her case is the first leak prosecution the Trump administration has brought under the Espionage Act, as part of a wider crackdown on leaks. Winner’s case is widely seen as having enormous implications for both whistleblowers and the press. The Miranda rights argument made by her defense adds a potentially significant early wrinkle in what is almost sure to be a complex case.

In the Justice Department’s June 5 complaint, an FBI agent claimed that when Winner was questioned at her house two days earlier, she voluntarily confessed to being the source of the leak.

In the Tuesday filing, Winner described, for the first time in her own words, the events that transpired when the FBI raided her home in June.

In a four-page written declaration, Winner told the court that 10 armed, male FBI agents came to her house with a warrant to search the premises and her person. While there, she said, agents pressured her into consenting to an interview, giving her the impression she did not have a choice to leave. “During the entirety of my encounter with law enforcement on June 3, 2017, prior to being arrested, I was never provided any Miranda warnings,” Winner wrote.

Winner wrote that when agents started searching her house, two of them “told me that they wanted to speak with me and asked if I would rather speak with them in my house or at the FBI office.” They then directed her to a cramped, unfurnished backroom in her home, despite her initial protests that she did not want to talk to them in the “creepy” and “weird” 7-by-9-foot room. Once there, she sat with her back to the wall, with the door almost all the way shut, as agents stood in front of her “physically blocking the exit to the room.”

According to Winner, while agents told her the interview was “voluntary,” they did not inform her that she could leave and refused to give her a direct answer when she asked if she was being arrested. After the interview concluded, the agents directed her to stand in her yard. Then, two female FBI agents showed up and arrested her.

Miranda rights are not limited to interrogations that occur after a suspect is arrested. Suspects are supposed to be apprised of their rights during any “custodial interrogation,” essentially any place where a suspect feels that they are not allowed to leave.

Winner’s case may meet that definition, Vladeck said. “I have to say, if everything happens the way she claims, it’s a pretty good argument,” he said. “The circumstances weigh pretty heavily in favor of concluding that this was a custodial interrogation.”

That’s because, as Winner’s lawyers noted, many of the factors federal courts have looked at in other cases point to a conclusion that agents should have been required read Winner her Miranda rights before they conducted any interview. The Tuesday filing cited previous cases’ examinations of “whether law enforcement ‘unambiguously advised’ the suspect she was free to leave and not in custody”; “whether the suspect was separated from others during the questioning”; “whether law enforcement had a search warrant for the person of the suspect”; “the number of law enforcement agents at the scene”; and “the physical characteristics of the interview location.”

University of California, Davis law professor Elizabeth Joh came to a similar conclusion about Winner’s case. “She certainly could have a valid argument,” Joh told me on Tuesday. “While she wasn’t arrested at the time of her questioning, Miranda requirements kick in any time there is a situation of custodial interrogation. That includes formal arrest, but can also include situations that amount to a coercive atmosphere that looks and feels like the equivalent of an arrest.”

“I’m surprised that her rights weren’t read to her.”

Both Vladeck and Joh emphasized, though, that these types of Miranda claims are always decided on a case-by-case basis — and because there’s no hard and fast rule, it’s ultimately up to the trial judge to look at the entirety of the “circumstances surrounding the interrogation” and the “broader picture” of the scene, as the Supreme Court puts it.

Joh added that she would have expected more diligence from law enforcement officials in such a high-profile case. “I’m surprised that her rights weren’t read to her,” Joh said. The allegation “that she provided documents to The Intercept made immediate national news, so it was clear that this was a case people would pay attention to. And most defendants end up waiving their rights and talk. The government may ultimately win on the ‘no custody’ argument, but it’s a complication for them for the moment.”