Science is a battle zone because it is revealing again and again that pro-corporate business as usual leads to a species-threatening catastrophe. 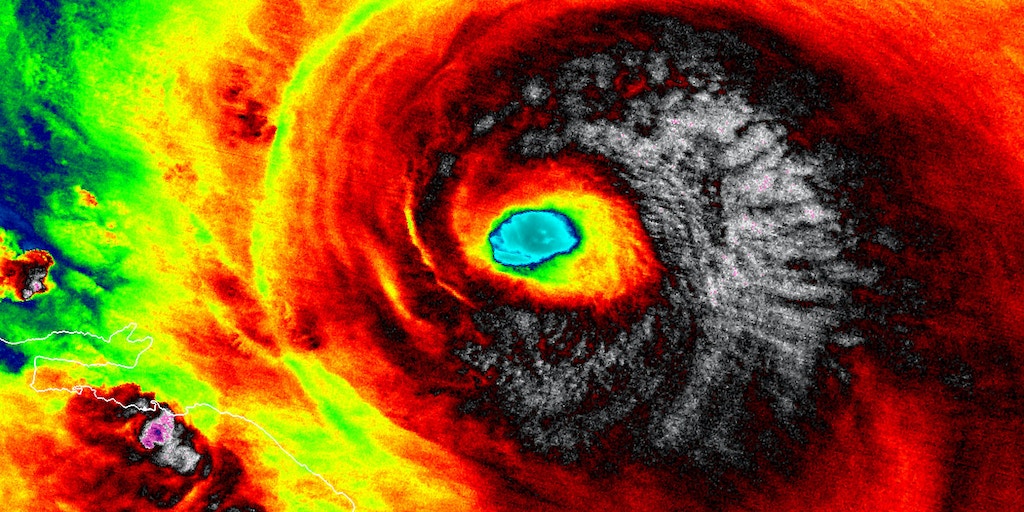 An infrared image taken on Sept. 7, 2017, by Suomi NPP, a weather satellite operated by the National Oceanic and Atmospheric Administration.

As one of the most powerful storms ever recorded bore down on the continental United States, with much of Florida under evacuation order, President Donald Trump was focused on a matter of grave urgency.

He gathered his cabinet at Camp David and said there was no time to waste. With Hurricane Irma set to potentially devastate huge swaths of Florida, Georgia, South Carolina, and North Carolina, now was the time, he said, to rush through massive … tax cuts.

Yes, that’s right. He wasn’t focused on getting massive aid to those most affected. He wasn’t focused on massive change to our energy and transit systems to lower greenhouse gas emissions so that Irma-like storms do not become a thrice-annual occurrence. His mind was on massive changes to the tax code — which, despite Trump’s claims that he is driven by a desire to give the middle class relief, would in fact hand corporations the biggest tax cut in decades and the very wealthy a sizable break as well.

Some have speculated that seeing the reality of climate change hit so close to home this summer — Houston underwater, Los Angeles licked by flames, and now southern states getting battered by Irma — might be some kind of wake-up call for climate change-denying Republicans. 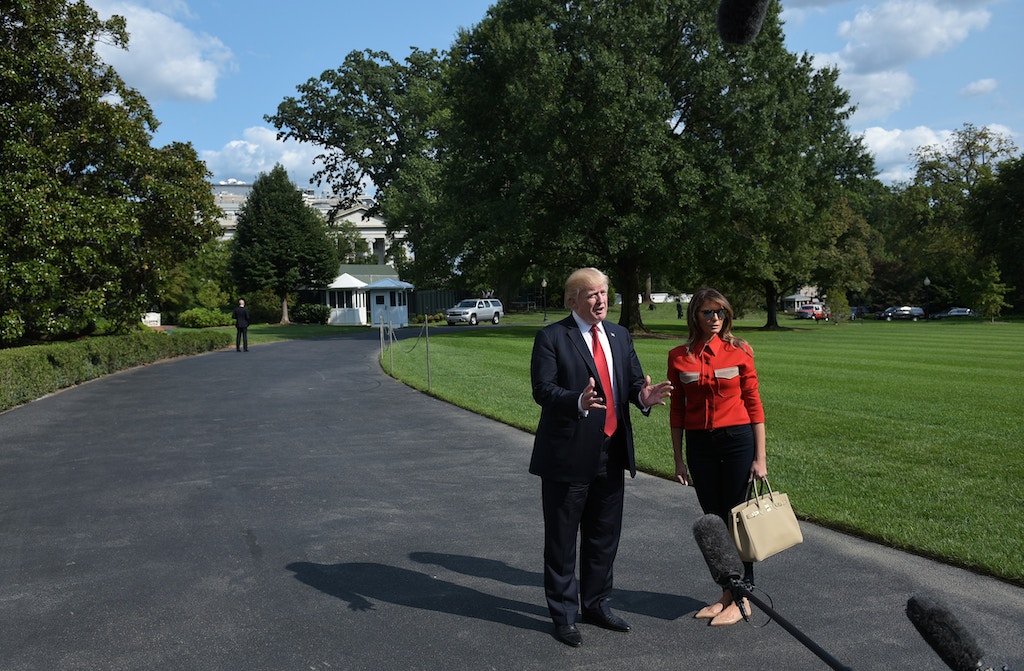 President Donald Trump speaks about Hurricane Irma, as first lady Melania Trump looks on, upon return to the White House in Washington on Sept. 10, 2017. Trump returned after spending the weekend at the Camp David presidential retreat.

As Trump’s address to his cabinet makes clear, however, Irma only makes him want to double down on his reckless economic agenda. Flanked by Secretary of State Rex Tillerson and Commerce Secretary Wilbur Ross, he explained that they were going to discuss “dramatic tax cuts and tax reform. And I think now with what’s happened with the hurricane, I’m gonna ask for a speed up.”

Some have pointed out that this is a classic example of what I have called the “shock doctrine” — using disasters as cover to push through radical, pro-corporate policies. And it is a textbook case to be sure, especially because when Trump made his remarks, Irma was at the very height of its potential threat.

Because if climate change is driving the kinds of catastrophes we are seeing right now — and it is — then it doesn’t just mean Trump has to apologize and admit he was wrong when he called it a Chinese hoax. It means that he also needs to junk his whole tax plan, because we’re going to need that tax money (and more) to pay for a rapid transition away from fossil fuels. And it also means he’s going to have to junk his deregulatory plan, because if we are going to change how we power our lives, we’re going to need all kinds of regulations to manage and enforce it. And, of course, this is not just about Trump — it’s about all the climate-denying Republican governors whose states are currently being pounded. All of them would have to junk an entire twisted worldview holding that the market is always right, regulation is always wrong, private is good and public is bad, and taxes that support public services are the worst of all.

Here is what we need to understand in a hurry: Climate change, especially at this late date, can only be dealt with through collective action that sharply curtails the behavior of corporations, such as Exxon Mobil and Goldman Sachs (both so lavishly represented at Trump’s cabinet meeting). Climate action demands investments in the public sphere — in new energy grids, public transit and light rail, and energy efficiency — on a scale not seen since World War II. And that can only happen by raising taxes on the wealthy and on corporations, the very people Trump is determined to shower with the most generous tax cuts, loopholes, and regulatory breaks.

In short, climate change detonates the ideological scaffolding on which contemporary conservatism rests. To admit that the climate crisis is real is to admit the end of their political and economic project. That’s why the right is in rebellion against the physical world (which is what prompted hundreds of thousands of scientists around the world to participate in the March for Science in April 2017, collectively defending a principle that really shouldn’t need defending: that knowing as much as possible about our world is a good thing). Yet there is a logical reason why science has become such a battle zone: because it is revealing again and again that pro-corporate business as usual leads to a species-threatening catastrophe.

And this isn’t only about the right — it’s also about the center. What mainstream liberals have been saying about climate change for decades is that we simply need to tweak the existing system here and there and everything will be fine. You can have Goldman Sachs capitalism plus solar panels. But at this stage, the challenge we are up against is much deeper than that.

Lowering our emissions quickly enough to avoid catastrophic warming requires confronting the centrality of ever-expanding consumption in how we measure economic progress. It requires remaking our economy in fundamental ways, including battling the systemic economic and racial inequalities that turn disasters like Harvey and Katrina into human catastrophes. In one sense, then, the members of Trump’s cabinet — with their desperate need to deny the reality of global warming, or belittle its implications — understand something that is fundamentally true: To avert climate chaos, we need to challenge the free-market fundamentalism that has conquered the world since the 1980s.

Trump and his fellow climate change-deniers (and climate change-minimizers) see this challenge to their worldview as a crisis so existential, they are unwilling to let the possibility enter their brains. That’s understandable. Global warming really does have radical progressive implications. If it’s real — and it manifestly is — then the oligarch class cannot continue to run riot without rules.

As the reality of climate disruption shows its menacing face, more and more people will come to understand its obvious political and economic implications. In the meantime, we need to stop waiting for disasters to “wake up” hardcore deniers. The dream they are in is just too damn good, too comfortable, and too profitable. But as Trump uses overlapping disasters of Harvey, Irma, North Korea, and whatever other hell he can exploit to smuggle through his cruel economic agenda, the rest of us should be wide awake to the reality that stopping him, and the worldview he represents, is a matter of humanity’s collective survival.

Partially adapted from “No Is Not Enough: Resisting Trump’s Shock Politics and Winning the World We Need.”