From a countryside compound in Lincolnshire, British and American spies eavesdropped on the Arab Spring and directed drones in the Middle East. Civil war was raging in Libya, and Col. Moammar Gadhafi was in hiding. Two thousand miles away, on the outskirts of a small village in the English countryside, British and American spies were monitoring the chaos, listening in on the Gadhafi regime’s phone calls.

The spies were part of a group known as Joint Service Signal Unit Digby, operating from within a nearly 100-year-old military base near the village of Ashby de la Launde in Lincolnshire, a county in England’s east midlands. About a three-hour drive north of London, it is a scantly populated area encompassing flat fields that stretch across the landscape. The British government says publicly that the Digby facility conducts “research into new communications systems.” A more truthful account is that it is an important part of the sprawling covert surveillance network maintained by British and American spy agencies, GCHQ and the National Security Agency. 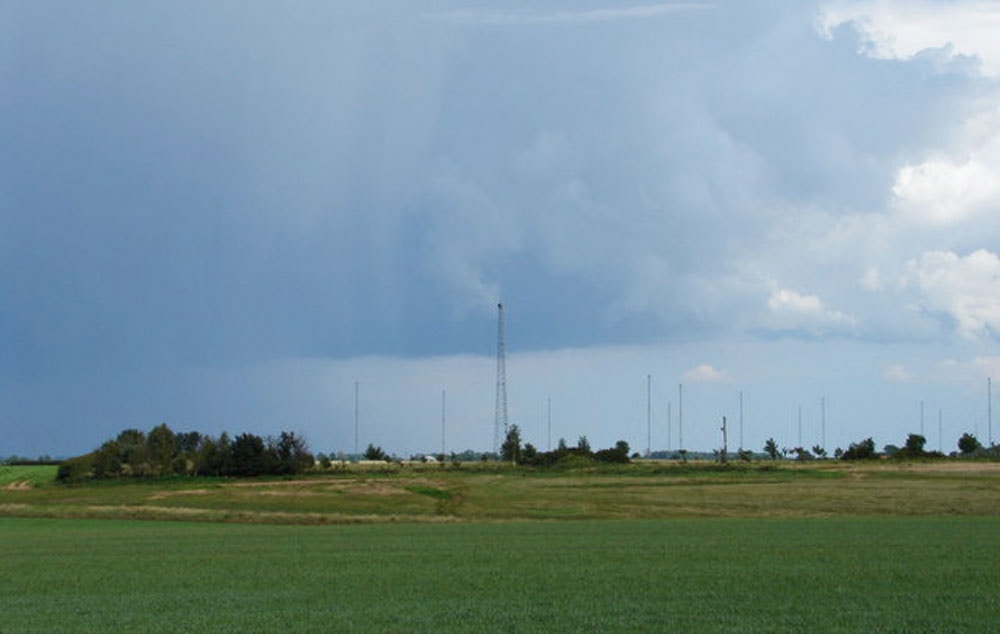 Digby has attracted little media scrutiny in the United Kingdom, perhaps because it is smaller in size and not as visually striking as other surveillance bases in the country. It consists of a nondescript, single-story building and a series of attached offices, all in the southwest corner of a larger military compound. There is an adjacent field equipped with about two dozen antennas, according to maps of the area, but these cannot be seen from a distance. Unlike better-known NSA and GCHQ bases in England, such as the facilities in Bude, Cornwall, and Menwith Hill, Yorkshire, there are no massive, golf ball-like domes visible from miles away; instead, Digby blends in with the landscape.

The NSA’s presence at Digby has never been reported before. And secret documents published Wednesday by The Intercept show that the agency has prized its low profile at the obscure site. The base “does not attract the kind of press attention lavished on RAF Menwith Hill to the north — and long may that continue,” one NSA employee wrote in a March 2005 article for SIDtoday, an internal NSA newsletter. “The American presence here is a quiet one,” the employee added, “but [it] has a profound impact as soldiers, sailors and airmen work together with their British counterparts to produce critical intelligence on an amazing variety of targets.”

The documents, obtained from NSA whistleblower Edward Snowden, indicate that Digby focuses on monitoring communications across the Middle East and North Africa. In recent years, it has targeted Lebanese, Sudanese, and Palestinian communications. And through the Arab Spring uprisings that spread across the region between 2010 and 2011, the base was at the forefront of British and American government efforts to get a handle on events. 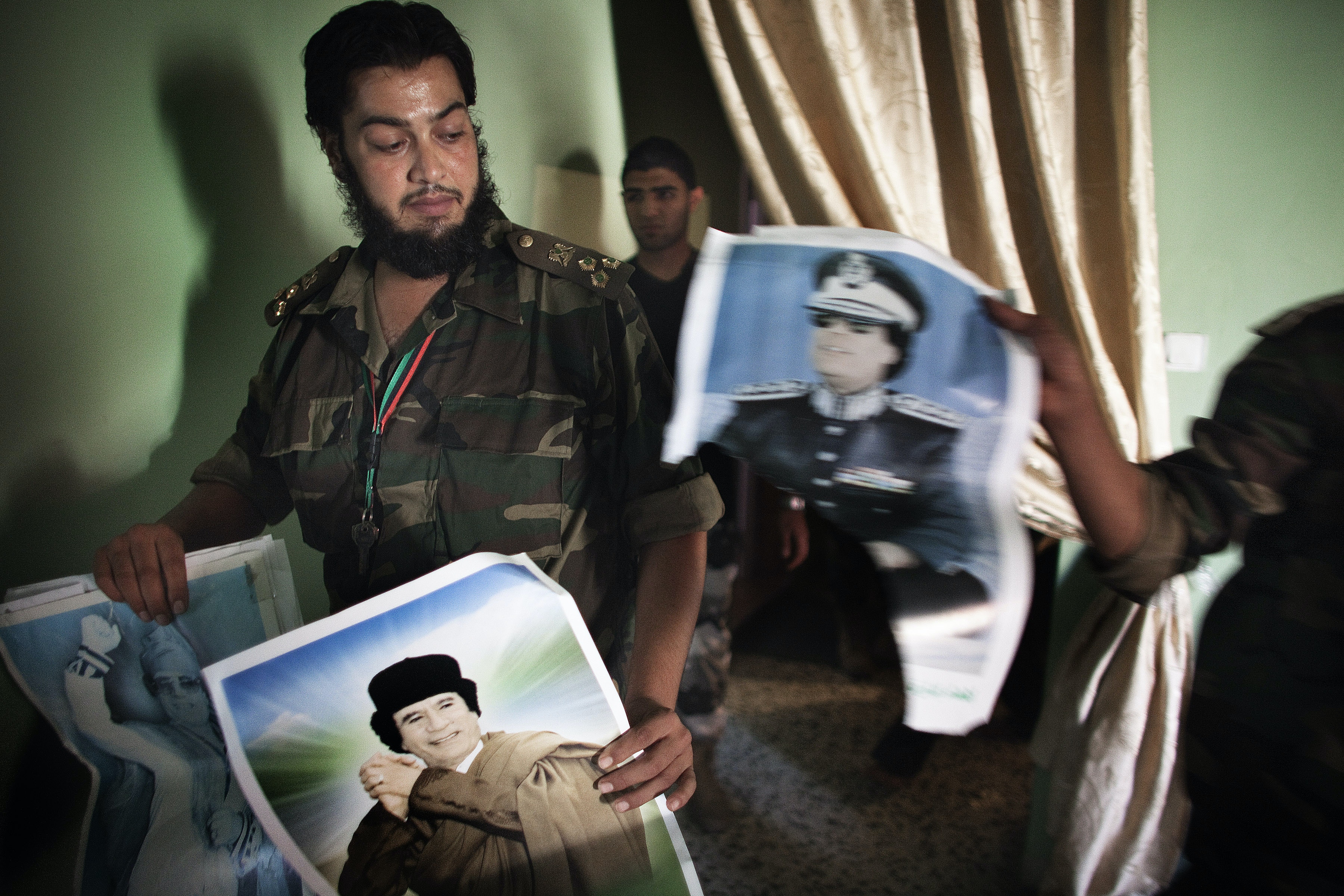 National Transitional Council fighters confiscate posters of former Libyan leader Moammar Gadhafi in the apartment of a man suspected of being a loyalist in the restive Abu Salim district of Tripoli, Oct. 15, 2011.

In Libya, where pro-democracy protests spiraled into a full-blown civil war, Digby’s electronic eavesdroppers were at one point working 24 hours a day, seven days a week to analyze what was happening on the ground. In mid-May 2011, with the conflict at its height and a NATO-led coalition enforcing a no-fly zone across the North African country, GCHQ employees at the Lincolnshire spy base identified their primary target as “Libyan regime command and control use of mobile satellite phones.” By late June, the Digby team was still tapping into the regime’s calls, but it was also focused on gathering intelligence about the command and control structure of opposition forces located in the mountainous Jabal Nafusa area, about 120 miles southwest of Tripoli.

Similarly, through the conflict in Syria, personnel at Digby closely watched the situation. A top-secret April 2013 document, authored by senior NSA officials, noted that GCHQ staff at the base were paying particular attention to Syrian President Bashar al-Assad’s security services in the country’s coastal region. A small team of five Digby-based analysts were tasked with the Syrian surveillance mission, according to the document, after the intelligence community assessed that the “regime will relocate and create a strong-hold there [on the coast] should Damascus fall.”

Digby’s function is not limited to that of a passive observer, however. Its central mission, one GCHQ document explains, is to “produce and deliver near-real time intelligence … in order to support military and contingency operations.” It has been integral to a program code-named “AIRHANDLER,” for example, which uses surveillance equipment on Predator and Reaper drones to gather data that is then passed to military commanders. During one six-month period in 2009, there were 148 AIRHANDLER missions flown out of Digby – averaging about five each week. The base was also equipped with a capability enabling it to perform “(near) real-time co-location” of GSM cellphones. An aerial photograph of the Digby surveillance center, sourced from the Snowden archive.

The documents indicate that Digby’s assistance to military forces on the ground has centered around missions in Iraq and Afghanistan, where British and American troops have been deployed. But the facility also carries out a broader global role when it comes to providing tactical military support. One confidential document describes Digby as a “unique” site because it has a joint British and American navy surveillance department within it. This department – known as a Maritime Cryptologic Integration Center – backs up mobile sea, air, and land units operating in parts of the North Atlantic Ocean, the Barents, Baltic, and Black seas, and across North and sub-Saharan Africa.

According to the 2005 NSA report, in addition to providing direct support to operations in Iraq and Afghanistan, Digby performs an “incredibly diverse” mission that is tailored to the intelligence needs of U.S. Strategic Command, Central Command, Northern Command, and European Command. In recent years, it is likely that its capabilities have been expanded. A GCHQ planning document dated from 2011 revealed that the British agency was working to broaden Digby’s function, “growing a cyber mission” out of the base. The agency also wanted to develop a “center of excellence” at the facility, which it said would be a key hub for delivering intelligence to “military partners and customers.”

The NSA and GCHQ declined to comment for this story. GCHQ said in a statement that its work “is carried out in accordance with a strict legal and policy framework, which ensures that our activities are authorised, necessary, and proportionate.”

Other NSA documents — some 294 — and related stories released by The Intercept today are available here.

Top photo: Image of U.K. Digby base from Google Maps.