Donald Trump formed a commission to address the opioid crisis, but has done very little to follow-up. Members of Congress say the inaction is costing lives. 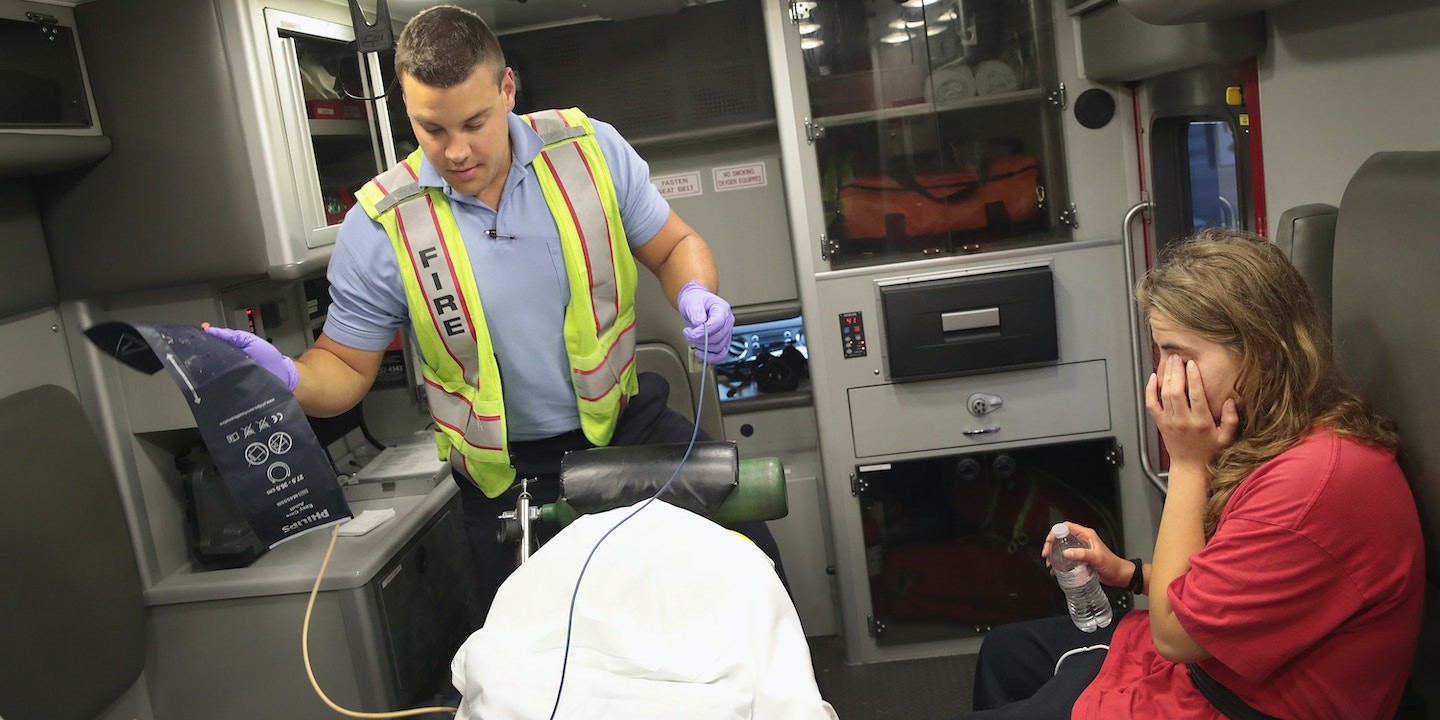 It’s been nearly six months since President Donald Trump issued an executive order forming a commission to combat the nation’s opioid crisis — which he described on August 10 as “a national emergency” — and almost two months since the White House panel issued interim recommendations for dealing with the epidemic. But Trump has made a habit of failing to follow-up on his executive orders, and his administration has yet to officially declare the crisis a national emergency. In fact, there’s no evidence that his administration has moved on nearly any of the of the commission’s recommendations.

Now, members of Congress are saying the inaction is costing lives.

In a letter to the president, 51 House Democrats led by Rep. Elijah Cummings, D-Md., urged the administration to declare a national emergency and act on one critical recommendation: ensuring that naloxone, a drug used to reverse the effects of an opioid overdose, gets into the hands of every law enforcement officer in the United States.

The opioid crisis killed over 33,000 Americans in 2015, according to the Centers for Disease Control, enough to reduce U.S. life expectancy by two and a half months. And as the need for naloxone has grown, so, too, has its price. The cost of Evzio, an naloxone auto-injector similar to the EpiPen, rose from $690 in 2014 to $4,500 today. Other formulations have seen increases, as well. This has led to critical shortages of the drug across the country.

If Trump acts on the naloxone recommendation, he would not only be addressing the opioid crisis but also fulfill a campaign promise to reduce the skyrocketing cost of prescription drugs. As the House Democrats point out in their letter, formally declaring a national emergency would allow the secretary of Health and Human Services to “negotiate reduced pricing for all governmental units.” These discounts would enable the government to stockpile naloxone and distribute it nationwide. “You have the ability to take immediate action … and make good on your promise to help save the lives of many Americans affected by this national emergency,” they wrote. The White House has yet to comment on the letter.

While running for office, Trump savaged the pharmaceutical industry for “getting away with murder.” But as president, he has been far cozier with industry leaders (at least until the CEO of pharmaceutical giant Merck resigned from the president’s now-defunct manufacturing council). The White House has for months promised an executive order on drug prices that has never materialized, and a leaked draft consisted of little more than deregulation of the Food and Drug Administration and other industry favors. The draft’s author, Joe Grogan, was a lobbyist for Gilead Sciences, maker of the $84,000 hepatitis drug Sovaldi.

In Trump’s official response to the opioid commission’s recommendations, he said only that he “instructed his Administration to use all appropriate emergency and other authorities to respond to the crisis caused by the opioid epidemic.” Federal agencies have largely not followed through on that request.

About the only progress on opioid policy in the last month has been the announcement of an already existing partnership between the federal government and the pharmaceutical industry to research and generate non-opioid pain medication and additional medication-assisted treatment options. Among the participants in the public-private partnership is perhaps the most culpable drug manufacturer in the opioid crisis: Purdue Pharma, one of several companies sued by multiple states over marketing opioids to doctors and patients without identifying the addictive possibilities.

The White House’s opioid commission itself is fraught with problems. New Jersey Gov. Chris Christie, who chairs the commission, has backed up the president’s “commitment” to declare an emergency, but Press Secretary Sarah Huckabee Sanders would only call the declaration an “involved process.” Meanwhile, Christie, facing an October 1 deadline for a final commission report, has asked for a month-long extension. Also serving on the commission is Florida Attorney General Pam Bondi, the beneficiary of an illegal 2013 campaign contribution from Trump.

The Trump administration’s delay in meeting executive order deadlines is no anomaly. As The Intercept has documented, the White House has not kept up with the numerous actions the president has mandated in executive orders and memoranda. Our deadline tracker finds that officials have met deadlines on only 28 of the 69 actions that have been due so far, and several of those tasks were completed behind schedule.

The administration has made even fewer of the actions, most of which comprise reports to the president, public, although some have been leaked to the media. This week, newspapers released a leaked report to the president from the Interior Department recommending to cut back or change the land-use activities on 10 national monuments. Previously the Interior Department had only released an executive summary with no details.

Other news items have alleged political interference with executive order reports. The Department of Health and Human Services constructed a report on the long-term government costs of refugee resettlement to the United States, initially finding that refugees brought in more government revenue than they took out. But internal emails stated that “senior leadership is questioning the assumptions” in the report, and HHS’s calculations never made it into the final version, which has not been formally released, even though the executive order ordering the report said it would be created “to further ensure transparency for the American people.”

A State Department official told The Intercept that the two refugee cost studies, one on long-term costs and another on relative costs of refugees in their countries of first asylum, “will be submitted in the coming weeks.” They were due September 2. “We are not able to characterize the reports before they are finished,” the official said.

Another immigration-related report on legal immigration status, also due September 2, was confirmed “not yet finalized” by the Department of Homeland Security’s Joanne Talbot.

The administration has grown less responsive over time to requests to confirm delivery of presidential reports. The Commerce Department has yet to show evidence that it has met seven separate Trump deadlines, including actions that were supposed to be reported in the Federal Register. A report on manufacturing regulations, termed imminent in June, has not been confirmed, nor has a planned report on American pipelines.

The information that the White House has made public has not told us a whole lot. For example, the Council on Environmental Quality published its initial list of actions on “modernizing” the environmental review process. But the report, mandated by executive order, includes only five bullet points, three of which say the council will coordinate with other agencies on next steps.

Even White House advisers have grown tired of the lack of follow-up. Several of Trump’s top advisers resigned in late August, citing insufficient attention to cybersecurity threats, which the president had promised to tackle in an executive order that included 17 separate deadlines.

In the case of the opioid epidemic, however, as the House Democrats pointed out, lives are hanging in the balance, and that’s all the more reason for the president to act.

You can see the results of all of Trump’s executive order deadlines at our deadline tracker.