An American anti-Muslim megadonor is publishing fake news that’s giving a boost to a German far-right party in Sunday’s election. 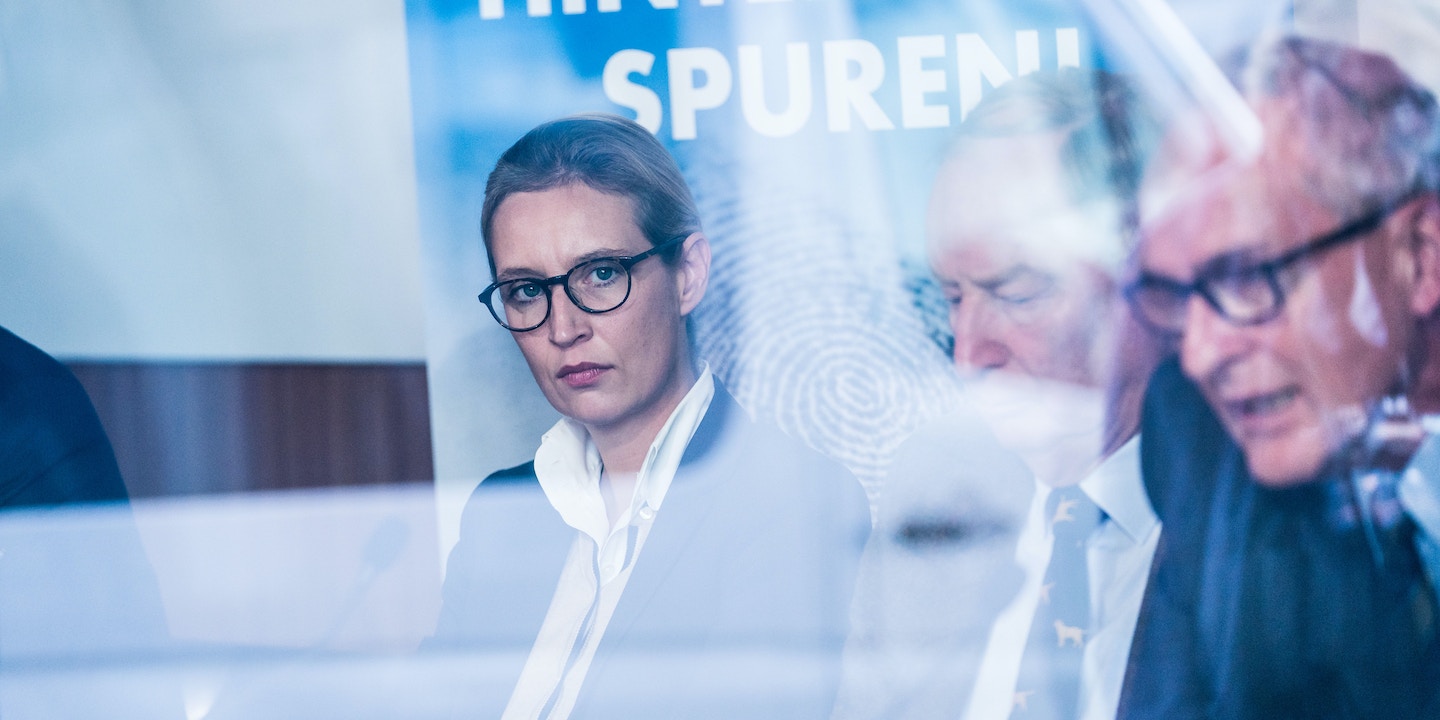 The rise of Alternative for Germany, the new far-right political party competing in the upcoming federal election, has unsettled the consensus-driven, moderate politics of postwar Germany with its rabid anti-immigrant and anti-Muslim rhetoric, unabashed nationalism, and winking gestures embracing the country’s Nazi past.

Election-watchers expected a flood of fake news and inflammatory social media aiding Alternative for Germany, known by its German initials, AfD, to come from Russia. But one of the major publishers of online content friendly to the far-right party is an American website financed in large part and lead by Jewish philanthropist Nina Rosenwald.

Rosenwald’s site, the Gatestone Institute, publishes a steady flow of inflammatory content about the German election, focused on stoking fears about immigrants and Muslims. In one of the most recent posts, the website warns of the construction of mosques in Germany and claims that Christianity is becoming “extinct.”

The Gatestone posts, which are often translated into German, are regularly promoted by AfD politicians and AfD-related social media groups to justify the party’s crusade against Chancellor Angela Merkel’s open-door refugee policy.

One viral Gatestone story claimed that Germany was “confiscating homes to use for migrants.” The piece — which was shared by AfD supporters, including Thomas Rudy, a senior AfD politician in the central German state of Thuringia — claimed that vacant homes in Hamburg were seized by local authorities seeking new housing solutions for the “hundreds of thousands of migrants from Africa, Asia, and the Middle East.”

The article closed with a question about what might happen next: “Will authorities now limit the maximum amount of living space per person, and force those with large apartments to share them with strangers?”

Local German press, however, condemned the Gatestone story as false. A single house in Hamburg went into temporary trusteeship after several apartments at the home remained vacant. “Refugees did not play a role in the district’s decision,” fact-checking website Correctiv noted.

The story was typical of Gatestone’s approach. The website’s Germany-related coverage includes story after story about migrants raping German women, claims that migrants are bringing “highly infectious diseases” to Germany, and Muslims are transforming entire German neighborhoods into “no-go zones” where local police have lost control. Many of the claims about Muslims in Europe have been debunked as false or sensationalized.

Gatestone articles in the past have notably elevated Björn Höcke, an AfD leader who represents the party’s far-right faction. Höcke has since sparked controversy in January with a firebrand speech denouncing German guilt over its Nazi past and criticizing the Holocaust memorial in Berlin, claiming that Germans suffer from a “mentality of a totally vanquished people.”

Gatestone articles are also regularly reprinted by far-right German blogs and web forums that are popular among AfD’s grassroots base. Philosophia Perennis and Politically Incorrect News, two popular sites that specialize in German nationalist content, routinely syndicate Gatestone’s articles. Gatestone content can also be found on Krautchan, a German knockoff of 4chan, the online forum frequented by the far right.

An episode of the Center for Investigative Reporting’s podcast, Reveal, exploring the rise of AfD found supporters yelling Nazi-era slogans, including lügenpresse, a term for “lying press,” at a recent campaign event.

Rosenwald, the president and funder of Gatestone, did not respond to a request for comment. She is the daughter of the late William Rosenwald, a famous Jewish philanthropist who used his share of the Sears, Roebuck & Co. department store fortune to settle Jewish refugees fleeing Nazi terror in Europe. Nina, however, has emerged as one of the most generous donors to campaigns against Muslim refugee in the U.S. and Europe.

As The Intercept previously reported, Rosenwald’s foundation not only finances Gatestone, but also funds leading Islamophobic pundits, including Robert Spencer, Frank Gaffney, and David Horowitz. Horowitz is the conservative activist who mentored Stephen Miller, a White House aide who was closely involved in President Donald Trump’s executive order temporary banning individuals from several Muslim-majority countries. As journalist Max Blumenthal reported in 2012, Rosenwald is an active supporter of hardline pro-Israel groups, and a former board member at the American Israel Public Affairs Committee.

The push to influence the German election is part of Gatestone’s broader effort to influence European elections, including ones this year in the Netherlands and France. The New York-based foundation that supports the website hired a number of writers in the Netherlands earlier this year, who primarily wrote in support of anti-immigrant political parties across Europe.

“There’s quite a lot of news, quite shocking, often with rape or violence and immigrants,” Gatestone Europe’s Timon Dias told the Washington Post. “We want people to learn what’s happening in Europe and vote accordingly, especially ahead of elections this year.”

The website is currently chaired by former U.S. Ambassador to the United Nations John Bolton, the former Bush administration official who was reportedly vetted by the Trump administration for a national security-related role, but was ultimately passed over. The Gatestone Institute lists Harvard Law professor Alan Dershowitz, Fox News pundit Pat Caddell, and Breitbart News editor Raheem Kassam as “distinguished senior fellows” who contribute to the site.

Rebekah Mercer, a major Trump donor and financial backer of Breitbart News, was listed as a member of the Gatestone Institute “board of governors” earlier this year, but her name was later removed from the website. Mercer is the daughter of billionaire hedge fund executive Robert Mercer, whose foundation has supported Gatestone over the years.

German Foreign Minister Sigmar Gabriel said this month that if the AfD gets its projected 10 percent share of the vote, “We will have real Nazis in the German Reichstag for the first time since the end of World War II.”

New polls show that AfD may place third when voters go to polls in Germany on September 24. Such a performance would mean that AfD will become the largest minor political party in Germany and enter national parliament for the first time.

Top photo: Alice Weidel and Alexander Gauland, the leading candidates for the Alternative for Germany party, speak at a press conference on the topics of immigration and criminality in Berlin on Sept. 18, 2017.