In Iraqi Kurdistan, Voting on Independence and Bracing for Violence

An independence referendum will be held in the Kurdish areas of Iraq on Monday amid concerns about instability and violence. Across Iraqi Kurdistan, a scene is starting to become familiar: young and old alike fill the public squares and parks clad in Kurdish dress, furiously waving Kurdish flags in a rallying cry for independence.

The iconic red, white, and green Kurdish flag, with a giant sun in the middle, was first unveiled at the 1919 Paris Peace Conference, but it has never had as strong of a possibility of belonging to an actual nation until this moment. While Iraqi Kurds currently enjoy a semi-autonomous region in northern Iraq — technically governed by Iraq’s central government in Baghdad but controlled by Kurdish security forces and political parties — many have longed for an independent state after decades of oppression, suffering, and political marginalization. In the wake of the Kurdish Peshmerga forces defeating Islamic State fighters in key battles in northern Iraq, including Mosul earlier this year, many Kurds hope their chance has finally arrived to gain independence — which they are voting on in a controversial referendum on Monday. 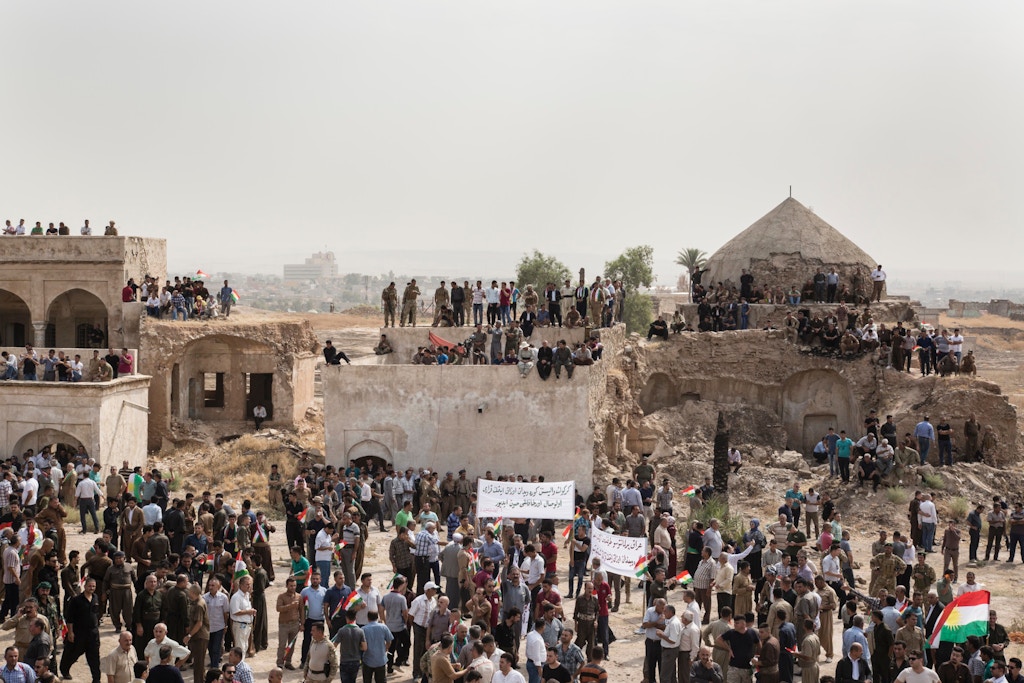 Crowd at a pro-Kurdish independence rally on the Kirkuk citadel on Sept. 19, 2017. A pro-Kurdish independence rally on the Kirkuk citadel, Iraq on Sept. 19, 2017. A young boy runs around the Sulaymaniyah Stadium carrying a Kurdish flag during a pro-independence rally in Sulaymaniyah, Iraq, on Sept. 20, 2017.

But in some regions, there are signs that the upcoming referendum could spark a violent future. Late last Monday, a group of Kurdish gunmen rode through the contested city of Kirkuk on motorcycles after a rally, opening fire on the Iraqi Turkmen Front headquarters — one of the key points of opposition to the referendum in the city. Armed guards returned fire, killing one perpetrator and wounding two others.

“Right now, Arabs and Turkmen are worried for their lives,” said Ali Mehdi, a spokesperson for the Iraqi Turkmen Front. Mehdi, in an interview with photographer Sebastian Meyer, on assignment for The Intercept, said he fears the referendum will disrupt the delicate economic and security relationship between the Kurdish-controlled regions of Iraq and the central government in Baghdad. Kirkuk is a particularly disputed territory. It does not technically lie within the boundaries of the Kurdish-controlled region, but the Peshmerga have claimed the area since they successfully fought to secure its oil fields from the ISIS three years ago. Many Kurds hope to fold the resource-rich city into a future Kurdistan. 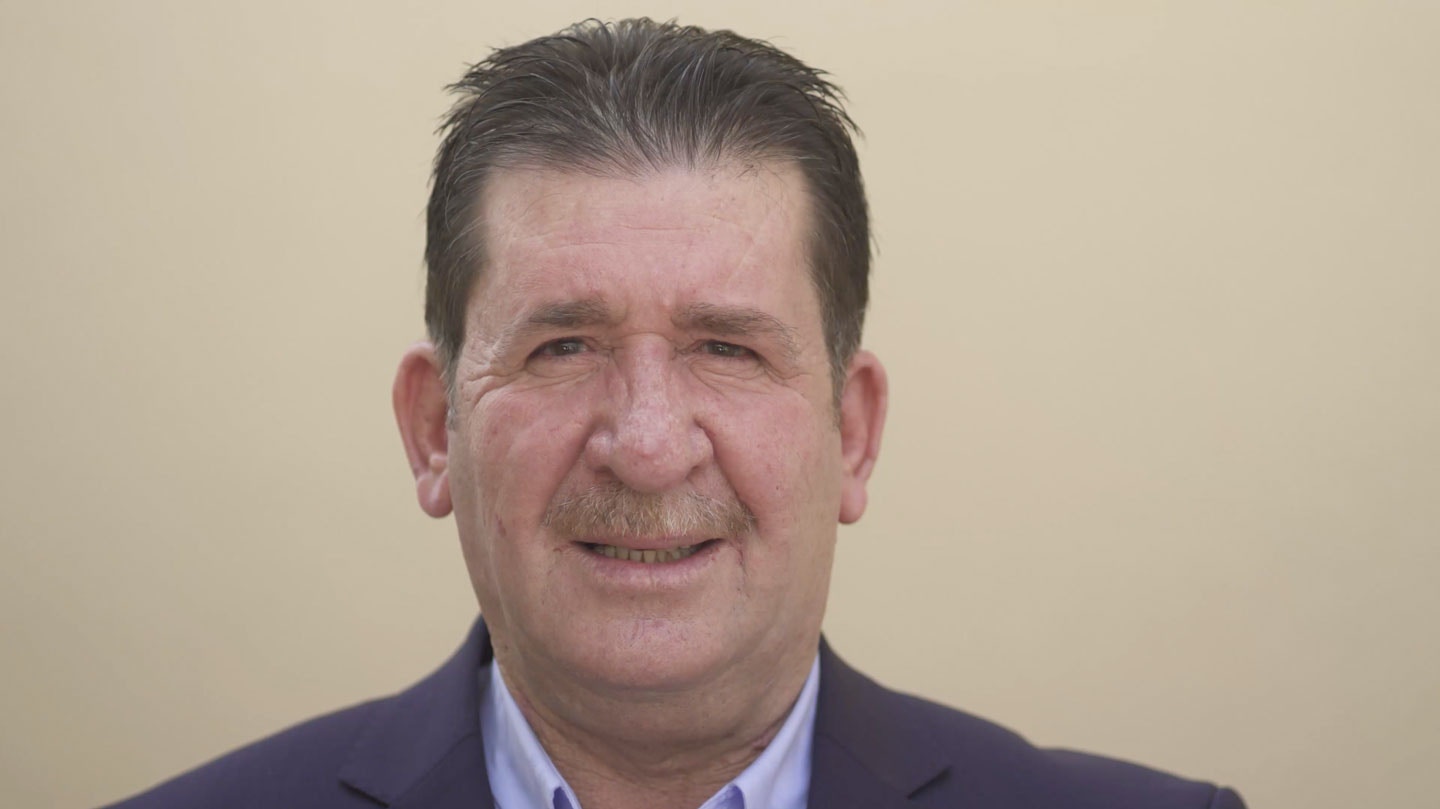 However, Kirkuk’s Turkmen — and a vast majority of the Sunni and Shia Arab population — fear that an independent Kurdistan could further fracture Iraq, especially if it includes mixed areas like Kirkuk. While the referendum is overwhelmingly supported in Kurdish-majority provinces, such as Erbil, Dohuk, and Sulaymaniyah, mixed areas may soon find themselves facing internal conflict, the religious and ethnic diversity they once celebrated becoming their downfall.

For instance, since last Monday’s shooting incident, Mehdi now changes his physical location every two hours, fearing Kurdish retaliation and escalating violence ahead of the vote.

“If they start shooting at us, we will start shooting at them as well,” he continues, showing how easily both sides could be triggered toward a violent scenario. “Of course we don’t want this to happen. But it’s the job of the central government to prevent this from happening.” 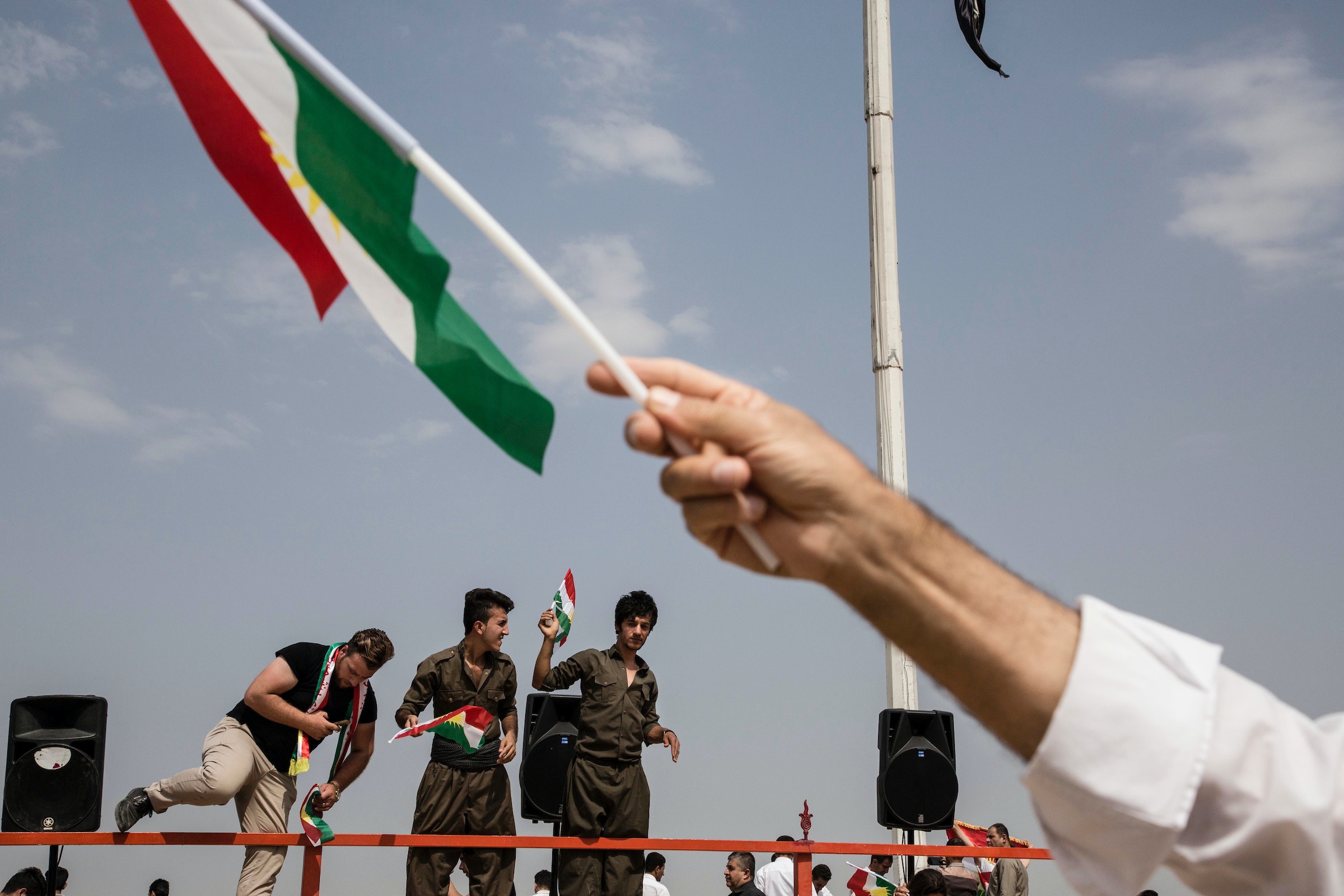 Men wave flags at a pro-Kurdish independence rally on the Kirkuk citadel on Sept. 19, 2017. A young man dressed in the Kurdish flag at the Sulaymaniyah Stadium during a pro-independence rally on Sept. 20, 2017.

“I would be so happy if the referendum happens here,” Goran Gowhar, a major in the Patriotic Union of Kurdistan (PUK)-affiliated branch of the Peshmerga told Meyer from his home in Tuz Khurmatu, a mixed — and similarly contentious — village around 55 miles south of Kirkuk. Gowhar’s village has been on the front lines of the war against ISIS, and Gowhar, as well as many others who have fought, hope that the Kurdish sacrifice was not in vain. Goran Gowhar, an officer in the Kurdish Peshmerga.

While the Iraqi central government has repeatedly come out against the referendum, vowing not to recognize the results and even threatening military intervention if it goes forward, this has done little to deter the Kurdish political leadership. Baghdad isn’t alone in discouraging the Kurds from holding elections. Turkey — which maintains positive relations with the Iraqi Kurdish government, led by President Masoud Barzani  — refuses to recognize the referendum, and warns that it could stoke political stability in a region that is already shouldering the presence and aftermath of the ISIS, the war in Syria, and myriad other tensions. The United States, which regularly champions the Kurdish forces as key allies in the fight against ISIS, fears that a vote for independence could pit the Peshmerga forces against the Iraqi army, putting an end to an alliance that defeated ISIS in Kirkuk and Mosul in the first place.

While Kurds rally across the country for independence, many recognize that violence is likely — and even inevitable — especially in areas like Kirkuk and many of the surrounding smaller villages with a Kurdish presence. Violence has already broken out in Tuz Khurmatu, when a soldier from the Hashd al-Shaabi Shia militia lobbed a rocket toward a Kurdish neighborhood, injuring a woman and her child in their home.

Gowhar fears this is the beginning of violence between Shia militias and Kurdish forces in his village.

“The only way to stop the fighting is to not go through with the referendum,” he continues. “But they want the violence — it will happen for sure.”

Top photo: A riot police officer watches the crowd at the Sulaymaniyah Stadium during a pro-independence rally in Sulaymaniyah, Iraq, on Sept. 20, 2017.