“We’ve done the wrong thing,” said Sen. Thomas Carper, after the Senate Committee on Environment and Public Works voted on Michael Dourson’s nomination to the EPA. 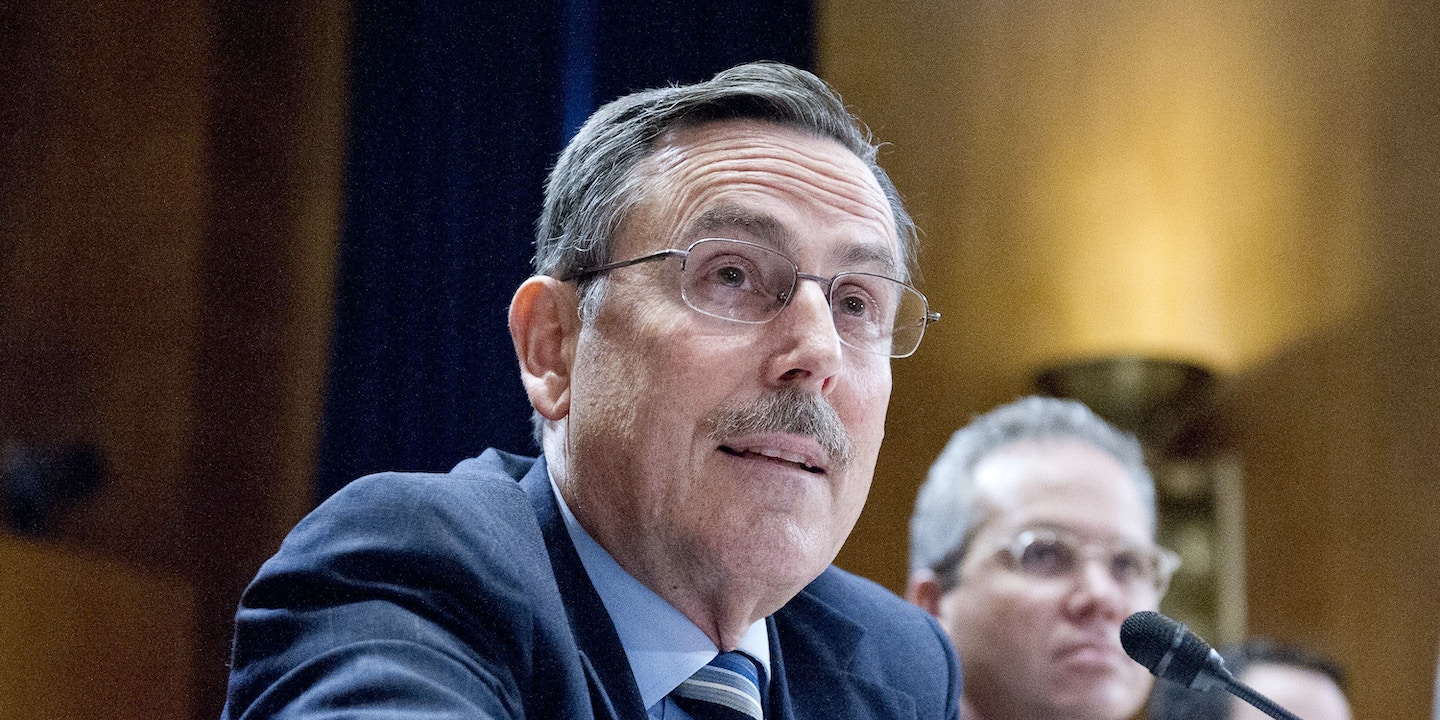 Powerless Democrats watched in anger as their Republican colleagues in the Senate voted along party lines to advance Michael Dourson’s nomination to become an assistant administrator of the Environmental Protection Agency today.

“We’ve done the wrong thing,” said Sen. Thomas Carper, the ranking Democrat on the Senate’s Committee on Environment and Public Works, after his colleagues voted to pass Dourson’s nomination to the full Senate. “I have never been this troubled on this committee, or any committee, in 17 years.”

Dourson — a massively conflicted scientist known within industry for his ability to come up with standards companies liked, create science to justify them, and then “sell” the package to the EPA — is one step closer to assuming his role overseeing chemical safety in the United States. His actual tenure at the EPA seems to have already begun, since he was quietly appointed as an adviser to EPA Administrator Scott Pruitt despite not having approval — a move that may have violated the law.

Democratic members, many of whom were granted time to speak only after the actual vote, said that the vote to advance Dourson’s appointment had obliterated what little bipartisanship remained on their committee, which was responsible for overhauling the law governing chemical safety last year.

“We just worked together in bipartisan fashion to do something about toxic chemicals,” said Sen. Sheldon Whitehouse. “Today’s vote breaches the faith of that result.”

If approved by the full Senate, Dourson will oversee the implementation of the updated law, the Toxic Substances Control Act, though he has been paid by manufacturers and other interested parties to work on 20 of the chemicals that may come before him as part of its implementation. When asked during his confirmation hearing whether he would recuse himself from making decisions about these chemicals earlier this month, Dourson refused.

The Senate also voted to confirm attorney William Wehrum to lead EPA’s Office of Air and Radiation. Wehrum has represented dozens of industry groups and corporations, including the American Petroleum Institute and Kinder Morgan, in fights against clean air and other health protections. Both controversial nominees squeaked through the Senate committee with 11-10 votes.

Wehrum was up for the same post before, in 2006. But Sen. Barbara Boxer stood firm against the nominee, calling him out for “substituting industry positions for the clear intent of Congress.” His name was ultimately withdrawn.

This time, the politics are different. “We’ve become accustomed to nominees who have massive conflicts of interest, having them overlooked and rammed through on partisan votes,” said Whitehouse.

But, even in this political climate, Dourson and Wehrum stand out.

Plainly exasperated with Republican support for both EPA nominees, Massachusetts Sen. Ed Markey said Dourson was “so far out of the scientific mainstream, it is outrageous.” Indeed, most Americans oppose Dourson’s nomination, according to a recent poll, and just 28 percent support it.

Markey predicted that the nominations of both extreme industry apologists will not end well, much like former President Ronald Reagan’s efforts to undermine the EPA. Anne Gorsuch, Reagan’s appointee to run the EPA, ultimately resigned. And Rita Lavelle, whom Reagan appointed as an assistant administrator at the agency, wound up in prison.

Markey, who has served in Washington for 41 years, lived through those dark days. Still, he noted, today’s vote was “one of my low points of my entire career.”