Attorney General Jeff Sessions has been categorical in his denials. George Papadopoulos might have something to say about that. 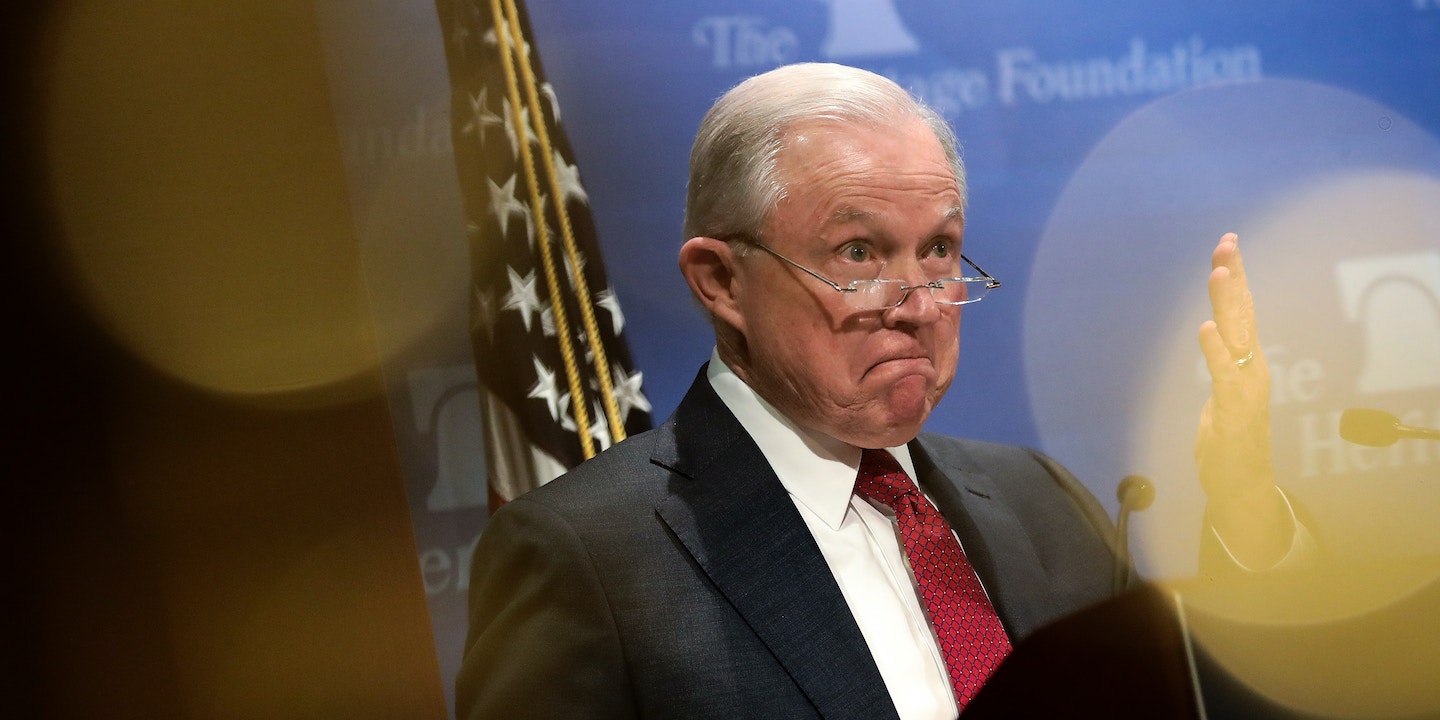 The biggest news of Mueller Monday — the rollout of a money-laundering indictment against Donald Trump’s former campaign adviser, Paul Manafort and campaign aide Rick Gates, and the unsealing of a false-statements plea deal by another campaign volunteer, George Papadopoulos — may involve someone not named explicitly in either indictment: Attorney General Jeff Sessions.

That’s because Sessions has repeatedly testified to the Senate that he knows nothing about any collusion with the Russians. (Though in his most recent appearance, he categorized that narrowly by saying he did not “conspire with Russia or an agent of the Russian government to influence the outcome of the 2016 presidential election.”)

But the Papadopoulos plea shows that Sessions — then acting as Trump’s top foreign policy adviser — was in a March 31, 2016, meeting with Trump, at which Papadopoulos explained “he had connections that could help arrange a meeting between then-candidate Trump and President Putin.” It also shows that Papadopoulos kept a number of campaign officials in the loop on his efforts to set up a meeting between Trump and Putin, though they secretly determined that the meeting “should be someone low level in the campaign so as not to send any signal,” itself a sign the campaign was trying to hide its efforts to make nice with the Russians.

Papadopoulos also learned, on April 26, that the Russians “have dirt” on Hillary Clinton in the form of “thousands of emails.” A key part of Papadopoulos’s cooperation must pertain to what he told the Trump campaign about these emails. According to his complaint, he originally claimed he hadn’t told anyone on the campaign about the dirt on Clinton because he didn’t know if it was real. But as his plea makes clear, after being arrested, he “met with the Government on numerous occasions to provide information and answer questions.” There would be no reason for Papadopoulos to lie about the significance of the emails in January unless he did so to hide his discussions of them with the rest of the campaign.

That suggests the campaign knew, a month before Paul Manafort and Donald Trump Jr. took a meeting with a Russian lawyer to get dirt on Clinton, that the Russians had already told Papadopoulos about dirt in thousands of stolen emails.

To be sure, Papadopoulos’s plea perhaps hurts Trump the most. After all, Trump was in the March 31 meeting too, along with Sessions. Trump personally intervened in the White House spin about the June 9, 2016, meeting, pushing the line — and the lie — that it pertained to adoptions rather than obtaining dirt on Clinton.

But unlike Trump, Sessions’s claims about such meetings came in sworn testimony to the Senate. During his confirmation process, Sessions was asked a key question by Sen. Al Franken, D-Minn.: “If there is any evidence that anyone affiliated with the Trump campaign communicated with the Russian government in the course of this campaign, what will you do?”

“Senator Franken, I’m not aware of any of those activities,” Sessions responded. “I have been called a surrogate at a time or two in that campaign and I didn’t have — did not have communications with the Russians, and I’m unable to comment on it.”

The question, however, was about Sessions’s knowledge of such communications, and we now know he was in a meeting in which they were discussed.

More recently, on October 18, Sen. Patrick Leahy, D-Vt., asked Sessions a series of questions about his knowledge of interactions with Russians, including whether he had discussed emails with Russian officials since the campaign. To that question, Sessions said he “did not recall.”

Franken then asked, in an attempt to clarify the confirmation questions, “You don’t believe that surrogates from the Trump campaign had communications with the Russians?”

“I did not — and I’m not aware of anyone else that did. I don’t believe that it happened,” said the attorney general whose own department had, two weeks earlier, already gotten a guilty plea from a campaign surrogate describing such discussions with Russians.

Most curiously, Sessions seemed unable to answer what kind of communication he had had with Special Counsel Robert Mueller. “Have you been requested to be interviewed by the special counsel?” Leahy asked. “You’ll have to ask the special counsel,” the attorney general responded. While Sessions’s spokesperson later made it clear he hadn’t been approached for an interview, that says nothing about any discussions about the possibility of testimony.

It’s part of a pattern that began early for Sessions. He initially denied categorically meeting with Russians during the campaign, but was forced to walk that back when it emerged he had met at least twice with then-Ambassador Sergey Kislyak. He then claimed that the meetings had focused purely on foreign affairs and his senatorial duties, a claim rebutted by Kislyak himself, who told his superiors that he spoke with Sessions about the 2016 campaign.