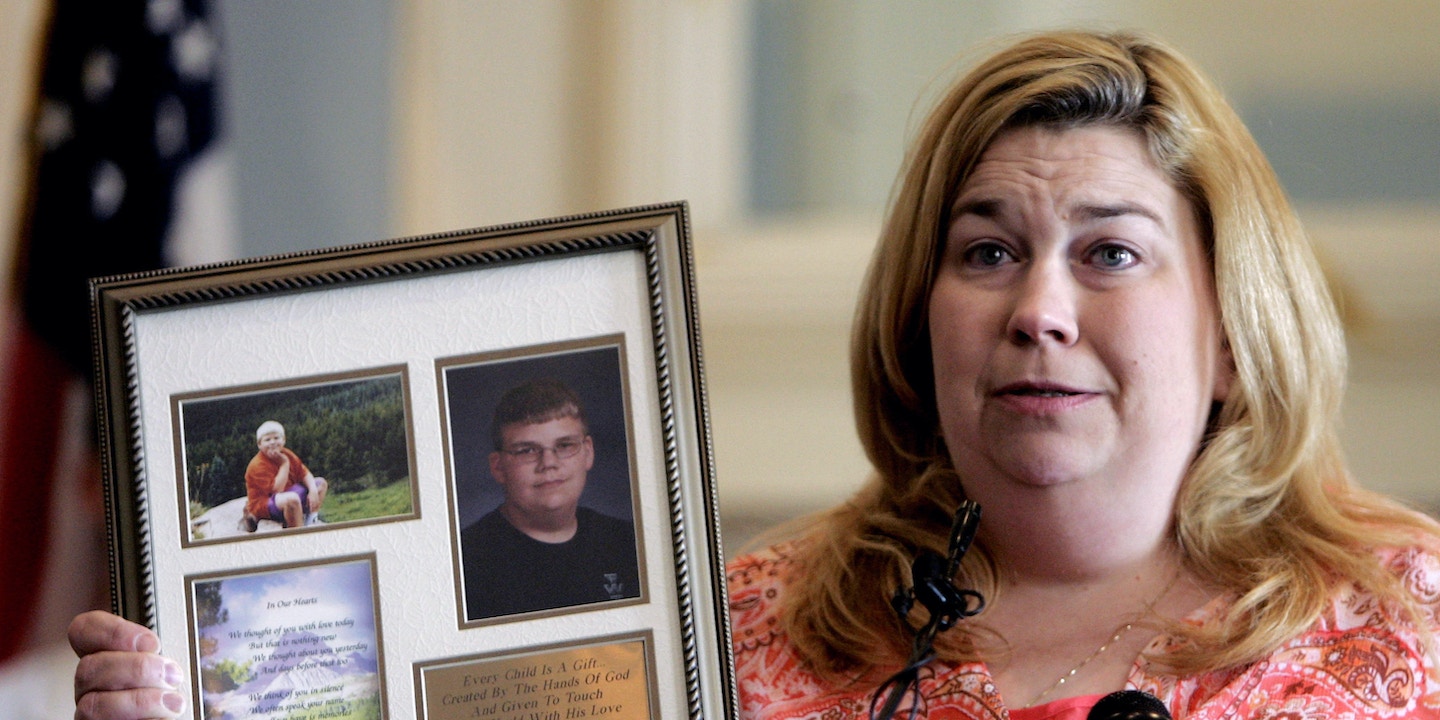 But the cases she’s litigated that may conflict most directly with the CPSC’s mission of protecting the public from dangerous products involve all-terrain vehicles. While the CPSC was leading a campaign over ATV safety, Baiocco was representing Yamaha in several suits over its two-person Rhino ATV.

One involved a 14-year-old boy named Michael Kennedy, who was driving a Yamaha Rhino on a gravel road in North Carolina in 2004, when the ATV tipped over onto its side. The boy’s legs were trapped under it. When they were freed, his bones were so badly broken they poked through his skin at several points, according to the complaint in a lawsuit over his injuries. Kennedy lived, but he had to have part of his foot removed and will never again walk as he did before the accident.

Kennedy wasn’t the only one who had trouble with the Rhino, an off-road vehicle that looks like a cross between a monster truck and a golf cart. Fifty-nine people died in similar accidents involving the vehicle between 2003, when it was introduced to the market, and 2009.

Yamaha was also sued by the family of another boy, Zechariah Racaud, who suffered kidney damage when he was trapped beneath a Rhino in 2007, and by a Pennsylvania man named Gilbert Orchard, whose leg was pinned under a Rhino. All three cases argued that the company was aware that its ATV was particularly prone to tipping over and trapping passengers beneath it.

Baiocco defended Yamaha in these cases on the grounds that the company didn’t have “sufficient knowledge or information to form a belief as to the truth of the allegations.” Yamaha continued making and selling Rhinos — and riders continued to get pinned under them.

Pressure from the CPSC, which conducted an in-depth investigation of the Rhino, helped bring an end to production of that ATV in 2013. In 2009, the commission helped Yamaha start a free repair program and advised the public not to use Rhinos until they were repaired.

In its coming term, the CPSC is scheduled to continue its work on ATVs made by Yamaha and others, which still kill hundreds and injure tens of thousands of Americans each year. Among the activities on its agenda for the next year are tallying the annual deaths and injuries due to the ATVs, drafting standards for the vehicles, and continuing to work on improving their stability.

Baiocco’s appointment would put Republican appointments in the majority of the five-person commission, which could halt or reverse progress on a number of issues, including restrictions on off-highway vehicles, a category that includes ATVs. “Industry very much wants the agency to abandon that rule-making,” said Rachel Weintraub, legislative director and general counsel for the Consumer Federation of America. “And once there is a Republican majority, that may happen.”

Other products may also present conflicts for Baiocco, whose LinkedIn page says she counsels clients on “CPSC recalls.” The commission is overseeing the recall of some 29 million Ikea dressers that tend to tip over and have been implicated in the deaths of children. Baiocco’s husband, Andrew Susko, has defended Ikea against claims that the company is responsible for those deaths.

In a letter Baiocco sent to the CPSC special counsel last month, she said she would recuse herself from “any particular matter in which I know that I have a financial interest directly” and issues that are of direct interest to her husband’s firm, White and Williams. The letter didn’t specifically address ATVs or Ikea dressers.

Remington A. Gregg, counsel for civil justice and consumer rights at Public Citizen, said Baiocco should “absolutely recuse herself” from those and “any products she’s worked on.”

It’s unclear how many of those products she might encounter as a CPSC commissioner. In addition to Yamaha, Baiocco, who has worked at Jones Day since 1998, has defended R.J. Reynolds Tobacco Company in a class-action suit filed on behalf of smokers in Florida. According to a financial disclosure form she submitted to the Senate, Baiocco received at least $5,000 “in a year” from 13 clients, including R.J. Reynolds, Volkswagen AG, and the chemical manufacturer Daikin Industries, in addition to her more than $1.2 million salary from Jones Day. She also represented Honeywell Safety Products in a suit filed by the survivors of a worker who developed mesothelioma after being exposed to asbestos at the World Trade Center site. Her client list also includes airplane parts manufacturer Parker Hannifin, which she’s represented in wrongful death cases involving 13 people, including the late Missouri Gov. Mel Carnahan.

Baiocco and the White House did not respond to requests for comment.

Consumer advocates will be closely watching Baiocco’s confirmation hearing in the Senate Commerce Committee, which is scheduled for Wednesday. “We want to hear that she’s actually concerned about health and safety and that she would work to protect our families,” said Gregg. “Her career shows the opposite.”

Top photo: Tamra Weimer holds photos of her son, Andrew Weimer, who was 15 years old when he died from an ATV accident, during a news conference in Oklahoma City in 2006, called to discuss the Oklahoma Legislature’s failure to pass a bill aimed at reducing deaths due to children riding all-terrain vehicles.