In the midst of a brutal war in Yemen and an ongoing purge in Saudi Arabia, Rep. Ro Khanna calls for U.S. arms sales to end. 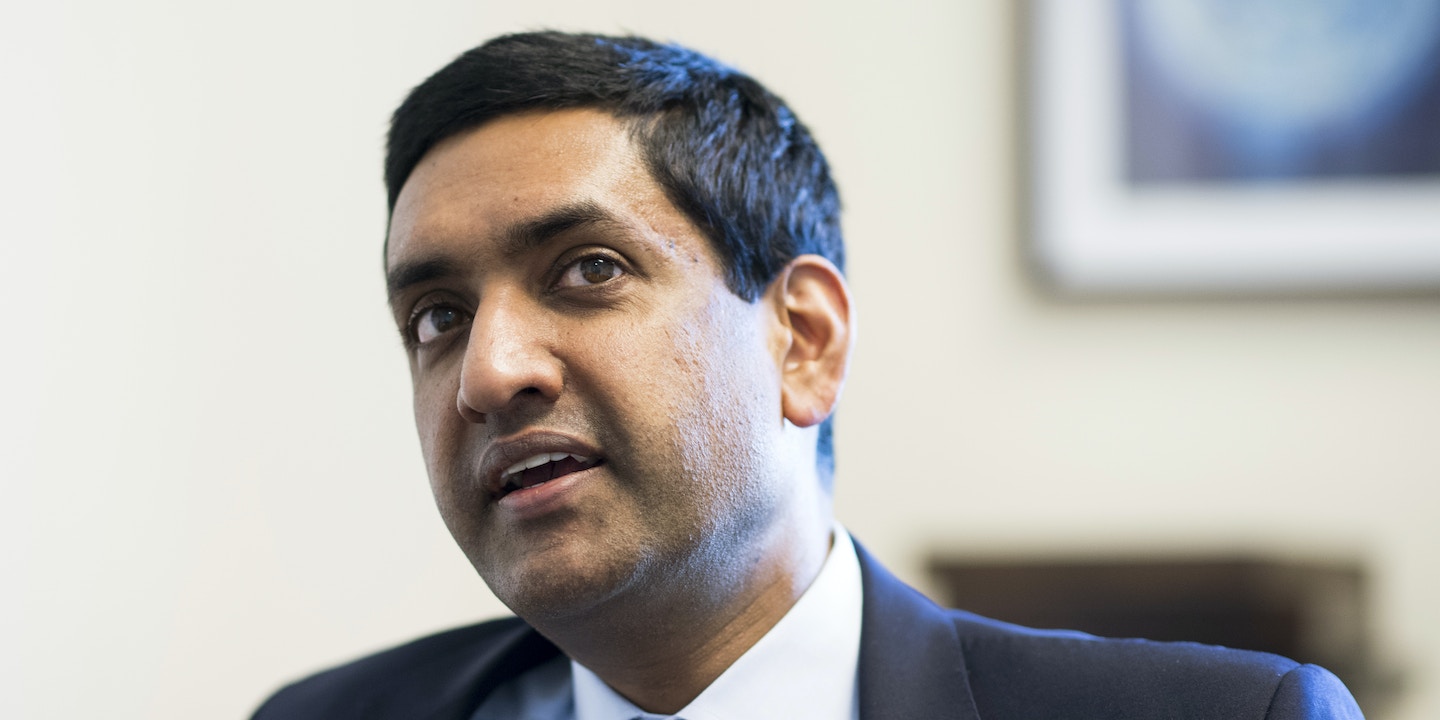 For more than two years, Congress has remained quiet as the United States backed a brutal war in Yemen, supporting a coalition that has killed thousands and starved the country into one of the worst humanitarian crises of the 21st century.

But a growing number of progressive members of Congress have come forward to challenge the consensus that arming Saudi Arabia is in America’s interest. Earlier this year, former presidential candidate Bernie Sanders told The Intercept that Saudi Arabia “is not an ally of the United States,” and that the United States should rethink its relationship with the Gulf kingdom.

One of these representatives is Rep. Ro Khanna, D-Calif., who went a step further in an interview with Jeremy Scahill for the podcast, Intercepted.

“I know this would never pass probably either house of Congress, but do you believe that the United States should stop entirely selling weapons to and giving military assistance to Saudi Arabia?” Scahill asked.

“Yes, I do,” Khanna said. “I don’t think the Saudis’ human rights record or their record in military conflicts are consistent with our values. I don’t think that we should be engaged in interventionism in the Middle East. … We have this record of interventionism that has not made us any safer. And I view our pragmatic, or expedient, alliance with Saudi Arabia in the same way.”

Earlier this year, Khanna introduced a resolution that condemned the war and would have used a provision of the War Powers Act to halt U.S. support for Saudi Arabia.

Khanna’s resolution was fervently opposed by House leadership – both Republicans and Democrats. Even though the resolution would cause legal complications for the Trump administration, one of the key figures pushing back against the resolution was Democratic whip Rep. Steny Hoyer, D-Md.

Khanna eventually worked out a compromise resolution with leadership, which allowed for debate on the House floor but would not force a vote. Khanna nonetheless described that as a breakthrough.

“We had a huge breakthrough in the House, where the military briefed the leadership staff. And, for the first time, the leadership staff on both parties is acknowledging in a compromise resolution that the United States is involved in refueling Saudi planes and in providing assistance in targeting.”

The architect of the war, Saudi Crown Prince Mohammed bin Salman, recently launched a purge of the royal family and the country’s ruling class, followed by bellicose language toward Iran and Lebanon.

The United States has stood by the Saudis every step of the way – flying refueling missions to help Saudi planes, providing them with targeting intelligence, and sending U.S. warships in the region to help reinforce the blockade. All of this has taken place with no congressional authorization and very little debate in Congress or the national media.

The United States has also helped to replenish Saudi weapons stockpiles. Even under former President Barack Obama, the United States sold more than $100 billion in weapons to Saudi Arabia, and President Donald Trump is set to continue the policy. During his visit to Riyadh, Trump signed a deal promising nearly $110 billion in future weapons sales to the kingdom.

Listen to the full interview with Khanna here: