Mohammed bin Salman has essentially seized two foreign leaders, started a horrendous war in Yemen, and is heating up a conflict with Iran. 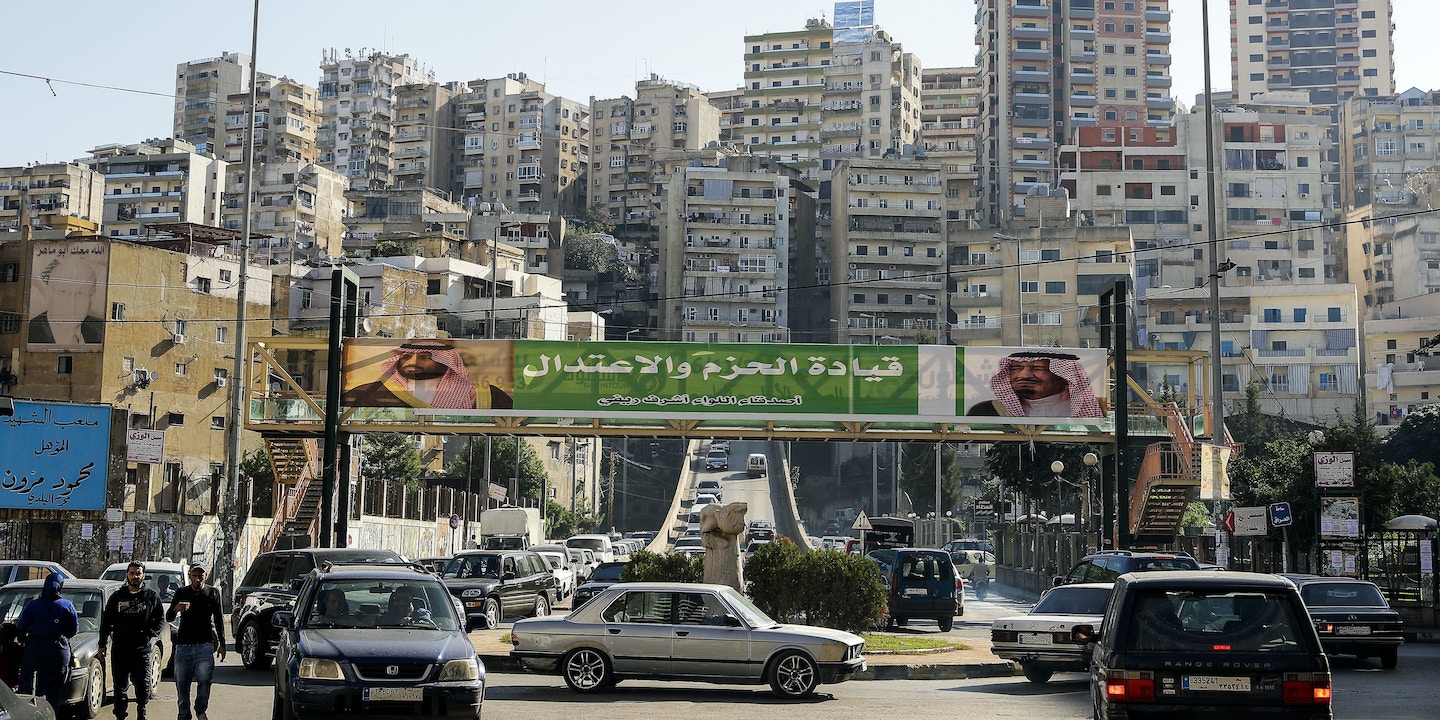 “The current cautious diplomatic stance of senior members of the Saudi royal family will be replaced by an impulsive intervention policy,” the memo warned, focusing on the role of Mohammed bin Salman, who had been appointed as deputy crown prince and defense minister at the age of 30 earlier that year.

Both MBS, as he has come to be known, and his elderly father King Salman, the BND analysts wrote, want Saudi Arabia to be seen as “the leader of the Arab world” with a foreign policy built on “a strong military component.” Yet the memo also pointed out that the consolidation of so much power in a single young prince’s hands “harbors a latent risk that in seeking to establish himself in the line of succession in his father’s lifetime, he may overreach,” adding: “Relations with friendly and above all allied countries in the region could be overstretched.”

And so it has come to pass. In fact, despite being repudiated at the time by a German government more concerned about diplomatic and commercial relations with Riyadh, the BND warning turned out to be eerily prophetic.

Consider recent events in the Gulf. Can you get more “impulsive” than rounding up 11 fellow princes, including one of the world’s richest men and the commander of the national guard, and holding them at the Ritz Carlton on charges of corruption? Especially since MBS, who ordered the arrests only a few hours after his father set up an anti-corruption committee and put him in charge of it, isn’t exactly a paragon of probity and transparency himself. Where, for example, did the crown prince find more than $500 million to spend on a luxury yacht while vacationing in the south of France last year? 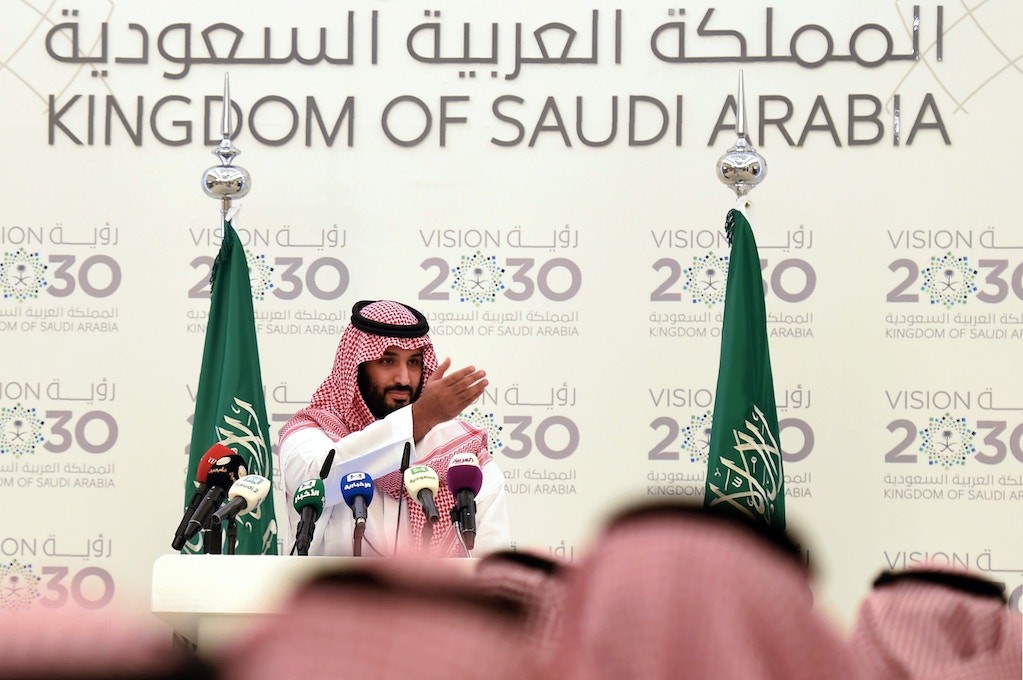 Is it anything other than “interventionist” to force the resignation of the prime minister of Lebanon on a visit to your country and then put him under a form of house arrest (though the hapless Saad Hariri, a long-standing client of Riyadh, publicly claims otherwise and says he is heading back to Beirut this week)? Or to also detain the president of Yemen? According to an investigation by the Associated Press, “Saudi Arabia has barred Yemen’s president, along with his sons, ministers and military officials, from returning home for months.”

That the crown prince of Saudi Arabia can, essentially, kidnap the elected leaders of not one but two Middle Eastern countries — and, incidentally, put the leading Saudi royal he replaced as crown prince under palace arrest — speaks volumes about not just his “impulsive intervention policy” but the shameless pass he gets from Western governments for such rogue behavior. Imagine the reaction from the international community if Iran had, say, detained the Iraqi prime minister on Iranian soil after forcing him to resign on Iranian television. Yet President Donald Trump has gone out of his way to tweet his support for the crown prince and his father: “I have great confidence in King Salman and the Crown Prince of Saudi Arabia, they know exactly what they are doing.”

The more sober Europeans haven’t been much better. President Emmanuel Macron of France, on a surprise visit to Riyadh last week, saluted MBS “on the opening of his country and support for a moderate Islam.”

Meanwhile, are we supposed to call the rift between the Gulf countries, instigated by the Saudis, with the support of the Emiratis, anything other than “overreach,” to quote the BND, on the part of MBS? The crown prince and his cronies had assumed that tiny, defenseless Qatar would be brought to heel within a matter of weeks, if not days. Five months on, however, the Qataris, continue to reject the long list of Saudi/UAE demands — including the closure of the Qatar-owned Al Jazeera media network — and have retreated into the warm embrace of the MBS’s key regional rivals, Iran and Turkey. Bravo, crown prince!

Then there is Yemen. More than two years after the richest country in the Middle East began bombing the poorest country in the Middle East, there is no end in sight. MBS owns this disastrous conflict — he pushed for it, defended it, escalated it. But wasn’t the recent Houthi rocket attack on Riyadh — which the crown prince called an act of “direct military aggression by the Iranian regime” — evidence of a complete failure of Saudi military strategy? Weren’t those pesky Houthi rebels supposed to have been vanquished by the Royal Saudi Air Force by now? Instead, Yemen has become the world’s worst humanitarian crisis — which MBS, as defense minister, shamefully intensified with his order last week to blockade all entry points into the country.

From Lebanon to Qatar to Yemen, the much-lauded MBS has in fact proved to be the reverse Midas — everything he touches turns to dust. Maybe the authors of that scathing BND memo underestimated just how much of a disaster this favored son of Salman would be both for the kingdom and for the wider region. The inconvenient truth about the crown prince is that he isn’t only impulsive, he’s incompetent; he isn’t only ambitious, he’s reckless. He is also a nationalist and a hawk who is bent on turning the long-standing Saudi/Iran cold war into a very hot war — and is even willing to ally with Benjamin Netanyahu’s Israel in order to do so. If MBS is the new “leader of the Arab world”… then Allah help the Arab world.

Mehdi Hasan teaches as an adjunct professor at the Prince Alwaleed bin Talal Center for Muslim-Christian Understanding at Georgetown University, and is a host on Al Jazeera English.