The former ESPN football announcer was accused of sexually harassing and stalking female colleagues in the 1990s. NBC hired him anyway. 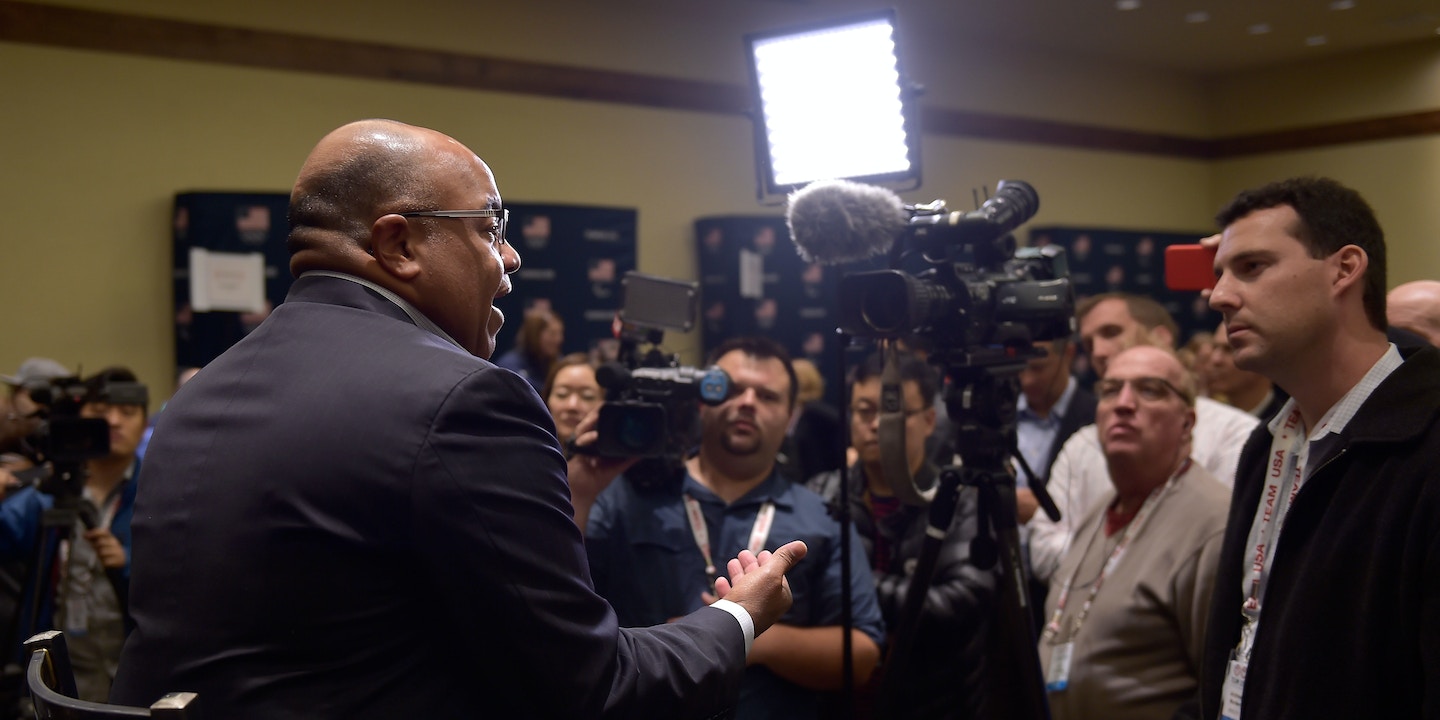 All that came after NBC News killed reporter Ronan Farrow’s investigation into Harvey Weinstein. Farrow, stymied at NBC, took his story to The New Yorker, where it catalyzed the cultural explosion reshaping workplaces in the U.S.

And all of that came after NBC, in the summer of 2016, hired sportscaster Mike Tirico to helm its most-watched program: NFL football. The splashy hire of Tirico, best known for his 10-year run as ESPN’s Monday Night Football announcer, was made after multiple publicized reports dating back to the 1990s of stalking and sexually harassing his female colleagues.

Accounts of Tirico’s behavior aren’t difficult to find — there’s a “sexual harassment controversy” section on his Wikipedia page — and the allegations against him, which include incidents of stalking, groping, and explicit comments toward his female co-workers, are recounted in two books, “ESPN: The Uncensored History” by sports writer Michael Freeman and the 2011 oral history of ESPN, “Those Guys Have All the Fun.” The Daily Beast reported extensively on Tirico’s history in 2014, quoting the books.

NBC did not respond to The Intercept’s repeated requests for comment, but NBC Sports told the Hollywood Reporter on Wednesday that the network has no plans to replace him.

“When we hired Mike in 2016, we were aware of the incidents from more than 25 years ago, which had been addressed in 1991-92 by ESPN, his employer at the time, and for which he has apologized,” an NBC Sports rep told the Hollywood Reporter in a statement. “Mike has repeatedly assured us that this behavior is long in his past, and we have no evidence of anything to the contrary in his tenure at NBC Sports.”

Josh Krulewitz, ESPN’s vice president of communications, told The Intercept in a statement that Tirico’s former employer took the allegations very seriously. “These charges were aggressively addressed 25 years ago with a lengthy suspension,” Krulewitz said. “We have continued to focus on maintaining the most professional work environment for all. It’s a critically important company priority.”

Tirico is currently the play-by-play announcer for NBC’s Sunday and Thursday Night Football package and is set to replace Bob Costas as NBC’s primetime host for the 2018 Olympics.

During Tirico’s time at ESPN, word of the sexual harassment allegations against him reached the newsroom with six additional women coming forward with their own stories, which culminated in his suspension, according to “Those Guys Have All the Fun.”

“No fewer than 50 cases of sexual harassment” were reported by female staff to ESPN management through the first half of the ’90s, and Tirico became “one of the most notorious cases to arise.” Women said he never took “no” or “leave me alone” for an answer, and his behavior “got way out of line.”

ESPN ordered Tirico to “seek counseling” in addition to the three-month suspension, during which he didn’t receive pay or appear on air.

One woman said she was approached by Tirico at a staff party in 1992 and after rejecting his “you are the most beautiful person I’ve ever seen” approach, he followed her as she left the party and “then reached in through the car window and thrust his hand between her legs as she attempted to start the engine,” according to the book.

In another incident, a female producer received an email from Tirico saying he wanted to sleep with her and later, when the staff went to a bar after covering the NCAA tournament, Tirico walked up to her and said, “I wish I was single. If I were, I’d throw you on the table right here and fuck your brains out.” He persisted and later followed her car on the highway, according to “ESPN: The Uncensored History.”

“Tirico was waving his hand in a motion that she interpreted to mean he wanted her to pull over. Instead, she continued driving, increasing her speed significantly. Tirico increased his speed as well, staying alongside her.”

Six other women came forward after the incident with the female producer, saying he had “made references to their physical features, touched them inappropriately, or expressed his desire to have sex with them,” according to the book.

However, NBC News President Noah Oppenheim said the idea that the network “would try to cover for a powerful person is deeply offensive to all of us.”

“We were on that long list of places that chased this thing, tried to nail it, but weren’t ultimately the ones who broke it,” he said at an NBC News town hall, even though an NBC News contributor was indeed among those who broke it — just not with NBC.

Then there’s Lauer, who had a button under his desk that allowed him to lock his office door without standing up. Two women who Lauer harassed said he used the button for privacy when he would lure women into his office with plans to initiate sexual contact.

Allegations poured out after last week’s complaint, but NBC News Chair Andy Lack maintained that last week’s allegations against the co-host were the “first complaint” about his behavior in over 20 years, though he noted it may not have been an isolated incident. Variety reported that several women said they complained to executives at the network about Lauer’s harassment, “which fell on deaf ears given the lucrative advertising surrounding ‘Today.’”

The network was also long home to The Apprentice and The Celebrity Apprentice, hosted by Donald Trump, who has been accused by 16 women of sexual assault or harassment.

When Trump left the show to focus on his campaign, he was replaced by Arnold Schwarzenegger, who long before had been accused by multiple women of groping, sexual humiliation, and harassment.

Top photo: Host of the Olympics on NBC Mike Tirico addresses the media during the Team USA Media Summit ahead of the PyeongChang 2018 Olympic Winter Games on Sept. 25, 2017 in Park City, Utah.