Black activists in Alabama expected increased turnout in the Senate special election. And they got it. 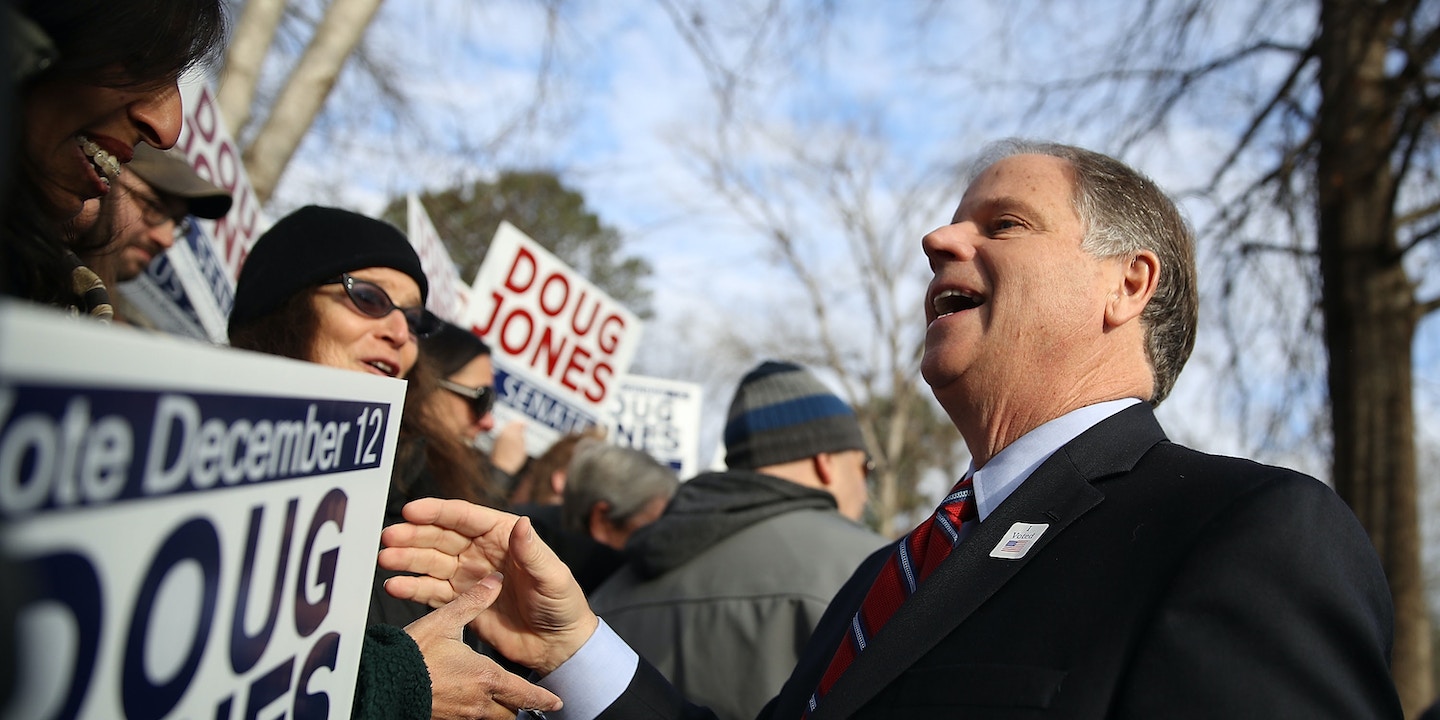 He is, in many ways, the last true black party boss in the South. But the way Reed sees it, if a Democrat like Jones wants to win the Alabama Senate seat, he can’t rely on black votes, he has to do his own work in the white areas.

“He’s gonna have to campaign in white folks’ districts himself,” Reed said. As if on cue, his flip phone rang.

It was Doug Jones, calling to pay his respects.

“Now whatcha gotta do now,” he lectured Jones, “is get out on the road and tell Bubba and Cooter how important the Democratic Party is for them.”

While Reed was comfortable delegating the white vote to Jones, he didn’t leave anything to chance on his end. Reed’s job was eased by Roy Moore, the Republican nominee, who toward the end of the campaign waxed poetically about the halcyon days of slavery, comments that got little attention at the time but began going viral last week. Asked by an African-American voter when he thought America was last “great,” he reached for the years before the Civil War. “I think it was great at the time when families were united — even though we had slavery — they cared for one another,” he said. “Our families were strong, our country had a direction.”

Precisely whose families were strong, and which were sold in pieces, was left unsaid, but it resonated nonetheless. Black activists in Alabama expected increased turnout in the Senate special election, in part due to those remarks. And they got it: Late Tuesday night, the Associated Press called the race for Jones, who won largely on the strength of black turnout.

“Roy Moore said the only time America was great was back when slavery existed, and we don’t want nothing to do with that dude,” said the Rev. Kenneth Glasgow, an activist in Dothan. “That dude trying to make us slaves.”

Glasgow led a county-wide canvassing effort here in Houston County for Reed’s Alabama Democratic Conference, the largest Democratic and black organization in Alabama. Old school tactics are being deployed to try to repair the turnout machine that was broken by the Republican waves of the early 2000s.

The effort was possible this election as opposed to previous ones, Reed said, because Jones’s campaign made the decision to fund the ADC’s get-out-the-vote efforts. Neglect a party base, and turnout falls off. Invest in it, and people will turn out. It may seem obvious, but the Alabama Democratic candidates hadn’t done much of it in recent cycles.

Under the leadership of Reed and party chair Nancy Worley, the ADC and the Alabama Democratic Party have largely focused their efforts on preserving their seats in the cities and the Black Belt around Montgomery, much to the chagrin of some rank-and-file (mostly white) Democrats, like Rep. Craig Ford, D-Gadsden, who complains that Reed “killed” the party.

The ADC said that it was hoping for 50 percent turnout among the black community in Alabama; an improbable number but a sign of confidence from an organization that has seen setbacks in recent years. With the exception of President Barack Obama’s campaigns in 2008 and 2012, the black vote has seen a steep decline in Alabama since the early 2000s.

It is an unavoidable reality that black enthusiasm has waned, says Dr. Earl Jones, the head of ADC’s efforts in southeastern Alabama, and Glasgow’s mentor.

“I consider it to be a function of learned helplessness on the part of black and poor people, particularly in Alabama and in rural areas,” Jones explains. “Their sons and daughters are being arrested. Look at the city jails, the county jails, the state jails, you see they’re filled with people of color. … And that learned helplessness evolved out of that. In other words, they said it’s not going to make any difference anyway regardless to how I vote. And they’ve seen that in various ways, I would say.”

Moore seems to have been just enough to begin to reverse that.

After the election results came in, Earl Jones called black turnout performance “phenomenal.” Michael Jones, ADC’s chair of the black belt county of Crenshaw, said that he had “called it” within a few thousand votes.

The Democratic nominee, Doug Jones, needed black voters to come out in higher numbers than they have in the past. Bob Vance nearly beat Judge Roy Moore in 2012 when he last ran for chief justice of the state’s Supreme Court, but even then it was only with the massive turnout inspired by Obama’s re-election campaign.

Nationally, of course, the conversation centered on Moore’s penchant for molesting children as a prosecutor in his 30s. An exit poll found that 54 percent of voters said the allegations did not influence their vote, but, presumably, that number included many voters who had long ago made up their mind they would not vote for Moore, who has been twice removed from the bench.

But those who dismissed the allegations relied on a few mental exercises. Some blamed the “fake news media” for concocting them from whole cloth, while others claimed the women had been paid by George Soros to make the charges.

It is harder, though, to explain away Moore’s own words. When asked by Sean Hannity if he ever remembered dating teenagers as a thirtysomething when he was deputy district attorney, he said, “I don’t remember ever dating any girl without the permission of her mother.”

When asked how he met his wife, he described seeing her perform at a ballet recital as a young girl. With no children of his own with him, Moore stood at the back of the auditorium and watched the girls dance, he said.

“When I was deputy district attorney, many years before we got married, I saw her at a dance recital. I was standing in the back of the auditorium and I saw her up front, and I remembered her name, Kayla Kaiser — K.K. — I remembered that. I didn’t meet her, I left, and it was, gosh, eight years later, I met her.”

Moore told her he thought he knew her. “She thought I was coming on and making it up, then I told her, and she identified the dance,” he said.

When they eventually married, she was 24.

At Moore’s campaign event Tuesday night, the crowd was raucous as the results began to trickle in, showing the judge ahead in early voting. Someone in the crowd had to call for quiet as Janet Porter, the head of the Faith2Action, tried to lead the room in prayer. “I thank God for Roy Moore,” Porter intoned, “who is the closest to a Founding Father I’ve ever seen.”

But after the AP and the New York Times called the race, a visibly distraught Rich Hobson, Moore’s campaign chief of staff, came on stage, declaring that the Moore campaign wasn’t giving up yet. “I wanna ask y’all to pray,” Hobson implored the stunned audience.