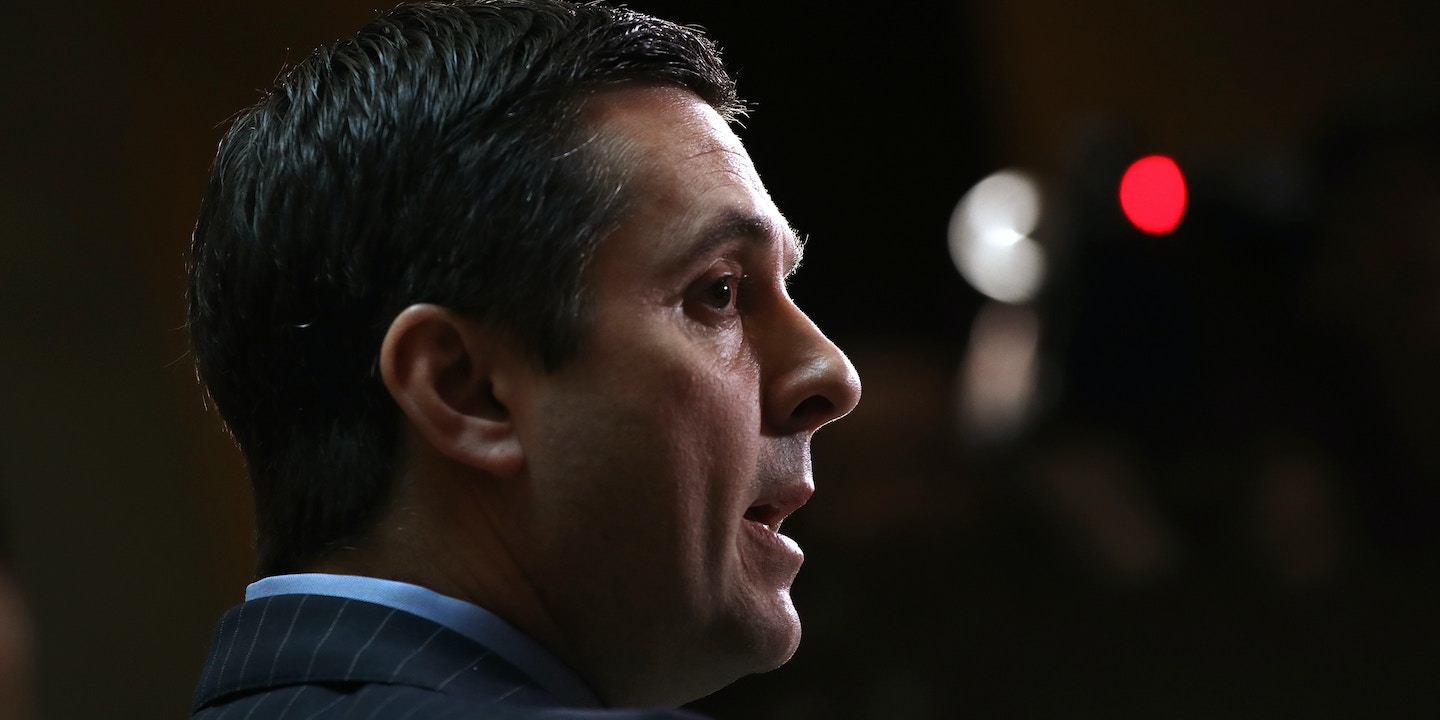 While Congress is still reeling from a last-minute push to pass the GOP tax bill, House Republicans tried to ram through a bill that would reauthorize major surveillance programs, with language that may have actually expanded what the National Security Agency and FBI are allowed to do.

A last-minute amendment Tuesday night left privacy activists scrambling to understand the details of the bill, fearing a possible vote as early as Thursday morning. The Rules Committee later announced that it would postpone its meeting on the bill — meaning that it wouldn’t imminently come to vote — but leadership could still try to force it through by attaching it to a budget resolution.

Trying to drum up support for the bill, House Permanent Select Committee on Intelligence Chair Devin Nunes, R-Calif., circulated a two-page flyer with enlarged images of Islamic State fighters and Haji Iman, ISIS’s former finance minister who was killed by U.S. forces in 2016.

“VOTE YES ON H.R. 4478,” the flyer reads. “HAJI IMAN would still be plotting to kill Americans without Section 702.” On the second page, the flyer goes on to say that 702 surveillance over a two-year period helped locate Iman.

The flyer was signed “HPSCI majority,” with public contact information for the committee office.

A spokesperson for Nunes confirmed that Republican committee staff had sent around the letter, and said it was an updated version of an earlier document posted to the committee’s website. The bill would reauthorize Section 702 of the Foreign Intelligence Surveillance Act, which is set to expire at the end of the year. The law was originally passed to legalize the NSA’s warrantless wiretapping under the Bush administration and serves as the basis for some of the NSA’s largest surveillance programs. Privacy activists have raised concerns about the massive amounts of Americans’ data swept up under the legal authority, and how law enforcement agencies can sift through much of it without a warrant.

Democrats and Republicans on the House Judiciary Committee spent much of the year working out a compromise reauthorization bill, which codified certain limits on 702 collection but stopped short of requiring a warrant to query the data for information on Americans. But the House Intelligence Committee passed its own version of the bill, which does not include those limits and may actually expand the NSA’s authorities.

Without explanation, the Intelligence Committee’s bill appeared on the Rules Committee website Tuesday night, along with a last-minute amendment from Nunes.

Elizabeth Goitein, co-director of the Brennan Center’s Liberty and National Security Program, told The Intercept over email that the flyer is a scare tactic and ignores the heart of the debate.

“This is a total straw man. No one in Congress believes that Section 702 should be allowed to expire. The question is whether it should be reformed to prevent domestic spying on Americans,” said Goitein. “Congress should instead be voting on one of the actual reform proposals, not one of which would prevent surveillance of someone like Haji Iman.”