No, Aziz Ansari’s Accuser Is Not Breaking Up #MeToo — the Divisions Have Been There All Along

The debates birthed by Ansari’s accuser reveal where fractures have always existed: along ideological, generational, class, and political lines. 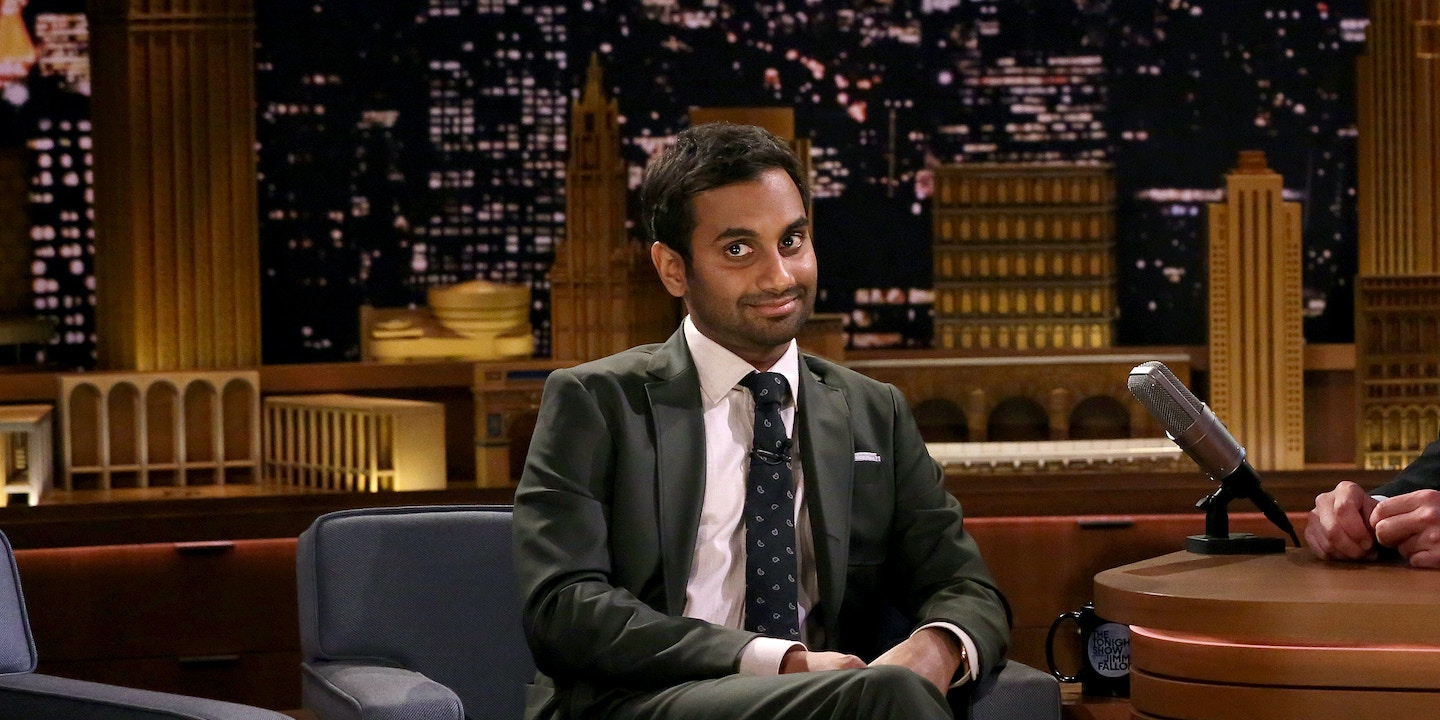 This time last year, millions of women joined together in one of the largest demonstrations in U.S. history, the Women’s March. Posters, memes, and chants proclaimed that the “Pussy Grabs Back,” riffing in rage at President Donald Trump. A year of grabbing back did indeed come, in unexpected ways: The rallying cry of the Women’s March found expression in the so-called #MeToo movement. Women were grabbing back the narrative around sexual violence, harassment, and patriarchal oppression, grabbing back for the power that these scourges have taken from us.

Now, though, in 2018, the anniversary of the Women’s March comes at a watershed moment. Questions are being raised about whether today’s would-be feminist movement grabbed back “too far.” It came to a head with this week’s fierce debates around accusations against Aziz Ansari.

A pseudonymous accuser said the actor had pressured her during a date to take a sexual encounter further than she wanted to, despite what the writer described as “non-verbal cues” to stop. The story kicked off a furor. All too many commentators seemed to question the account, demanding to know why the woman didn’t immediately leave or wondering if the woman was merely expressing regret for a bad date. This young accuser, many in the elite media said, was putting the whole #MeToo movement at risk.

The Ansari accusation did not create fissures in #MeToo, but the debates it birthed have revealed where the fractures lie.

The truth is more complicated. #MeToo is not suddenly cracking up. Instead, the rallying cry is revealing itself to represent different and perhaps incompatible ideas of feminism and feminist strategy — not quite a united front. To frame the emergent debate as a question of whether women have gone “too far” is to gloss over deeper fractures underlying the putatively big-tent women’s movement.

The Ansari accusation did not create these fissures, but the debates it birthed have revealed where the fractures lie, along ideological, generational, class, and political lines. It hasn’t “chiseled away at a movement,” as HLN host Ashleigh Banfield put it, but rather has highlighted that many of us are not thinking about the movement in the same terms. The schisms aren’t new: They came to fore in arguments over intersectionality during the Women’s March and existed long before that. These axes of division are merely brought into relief by hot-button media stories, often involving celebrities.

Take the censorious response from the New York Times’s reactionary columnist Bari Weiss to the Ansari accusation. Lest we forget, Weiss had, in another reductive column about the Women’s March, condemned women of color organizers Linda Sarsour and Tamika Mallory for “embracing terrorists” after they tweeted in honor of Assata Shakur, a black liberation fighter famously targeted and, her supporters say, unfairly tried thanks to the government’s illegal COINTELPRO effort. Now, Weiss is turning to take on the Ansari accuser.

“What ought to be a movement for women’s empowerment,” Weiss wrote, has been turned by the Ansari accusations “into an emblem for female helplessness.” Her point of contention was that, by conflating “bad sex” with “sexual assault,” Ansari’s accuser had turned the movement into a dangerous scramble to criminalize entitled masculinist sexuality and cement female victimhood.

The column was swift to gain fawning praise and angered condemnation, which fell loosely along conservative and centrist liberal versus left-wing lines. For some, Weiss’s criticism hit at the heart of #MeToo’s potential flaws and dangers. For others, Weiss was victim-blaming and normalizing the very structural violence #MeToo seeks to address. But what has gone largely unquestioned is Weiss’s allegedly feminist premise: that we should be building a movement for “women’s empowerment.”

Establishment, centrist feminists have leveraged positions in the media to determine the terrain of this fight for the rest of us.

At what point did we settle upon this fulcrum, over which our options are empowerment or helpless victimhood? The answer, of course, is that some establishment, centrist feminists have leveraged positions in the media to determine the terrain of this fight for the rest of us. They presume that at its best, a feminist movement is all about individual empowerment, as opposed to fighting patriarchal oppression. Only a narrow outlook of feminism could see these two things as coextensive or interchangeable. It’s a position that wants to see the status quo improved but not upended. In political terms, this view is at best a reformist strategy, articulating a position that power can be shared, that power structures can be joined without first being radically challenged and broken.

As journalist Halima Mansoor pointed out on Twitter, the line taken by Weiss and others, Banfield and Whoopi Goldberg among them, betrays the privilege of their position by condemning a woman — “Grace,” the pseudonym of the Ansari accuser — for failing to speak up and walk out when made to feel sexually uncomfortable and violated. “Privilege blinds people who have it to assume everyone else has the same power and therefore should react how they might,” Mansoor wrote.

This is the problem with empty calls for more “empowerment”: They show little to no interest in how power works.

#MeToo risked limitations from the outset, popularized as it was mostly by white, liberal celebrities and framed around the excavation of individualized narratives of trauma. Any movement dependent on an endless string of victim and survivor stories accusing well-known predators and perpetrators can only reach so far.

When the national farmworker women’s organization Alianza Nacional de Campesinas wrote an open letter to sexual assault survivors in Hollywood “on behalf of the approximately 700,000 women who work in the agricultural fields and packing sheds across the United States,” it was an invitation for mutual solidarity that goes further than the tony neighborhoods of Los Angeles and New York.

Invocations of “empowerment” are of little use to these women who face harassment and sexual violence in workplaces, relationships, and situations they feel structurally, emotionally, or financially unable to walk away from — something the attacks against Ansari’s accuser seem to miss.

Divisions have attended every aspect of the so-called resistance since its birth after Trump’s election.

Divisions have attended every aspect of the so-called resistance since its birth after Trump’s election. Indeed, they color the history of social movements. The lead-up to the Women’s March a year ago was riddled with tensions over privileged, liberal leadership and framing. The demonstration was originally announced under the banner “Million Women March,” until activists condemned the name as an appropriation of the 1997 mass march by black women in Philadelphia.

It was only when a diverse and radically progressive group of organizers, including Sarsour, People for Bernie’s Winnie Wong, transgender icon Janet Mock, and the Working Families Party’s Nelini Stamp developed the Women’s March “Unity Principles” that a vision for an intersectional political movement emerged. Migrants, sex workers, and other vulnerable women were highlighted for solidarity.

These women are still working, in various ways, to make a corrective. This year, the Women’s March organizing committee will convene in Las Vegas to hold a rally on January 21 under their new banner, “Power to the Polls,” which aims to help elect more women and progressive candidates in congressional, gubernatorial, and local elections nationwide. But other events around the country are not thematically tied to an electoral focus. A Women’s March in New York on Saturday will include a black-clad anarchist contingent, carrying black umbrellas in reference to the ongoing prosecution of the J20 protesters arrested en masse during the inauguration last year. Another New York march contingent, under the banner “Sex Workers March,” aims to highlight ongoing strikes by strippers in New York, as well as the broader need to include sex work in any conversation about feminist struggle.

Electoral and not, these Women’s March-related efforts aim to shift the momentum of last year’s demonstrations into concrete and radical organizing. The idea is to build a movement that can support women who need structural change, not merely a dose of empowerment — from acclaimed actresses to the most precarious workers and marginalized communities. It’s an approach detractors of Ansari’s accuser would do well to mull over.

We lose sight of these crucial political possibilities when we let the debate around the future of feminist struggle fall into a discourse framed by voices like Weiss’s. Our current feminist moment is in bad hands with anyone who would smear everyone from revolutionary women of color to women with little power telling their stories. If reactionaries like Weiss are worried that the feminist movement they envisioned has already been lost, I hope they’re right. The rest of us can go marching on.