First Sandy, Then Maria. A Mother and Daughter Marked by Both Storms Find Hope in Climate Activism.

Rachel Rivera and her 11-year-old daughter, Marisol, screamed with joy when they heard that New York City would be divesting from fossil fuel companies. 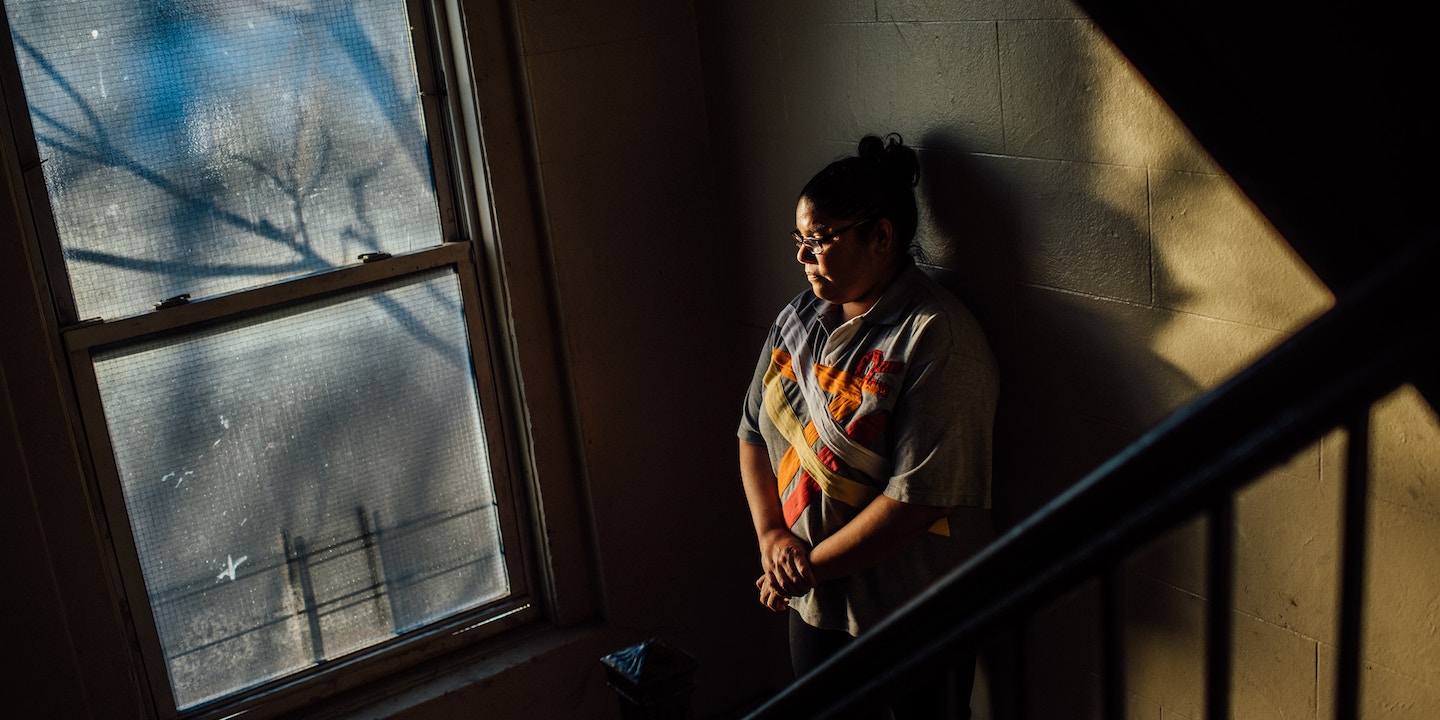 When Rachel Rivera heard that New York City would be divesting from fossil fuel companies, she was in the pediatric psychiatric ward of Woodhull Hospital. Rivera, a climate activist who has spent much of the past five years urging the city to do just that, was there visiting her 11-year-old daughter, Marisol. And, though other young patients were resting in their beds nearby, the mother and daughter screamed with joy at the news.

The two could be forgiven for their noisy outburst given how hard they have worked to push New York City to take action on the climate — and how much bad news they’ve had to handle along the way. The Riveras’ spate of misfortune dates back to another climate landmark: Hurricane Sandy.

Marisol was just 5 when Sandy hit. That night in October 2012, while the storm raged outside and the little girl was asleep in the family’s Bed-Stuy apartment, her mother heard a loud cracking noise coming from the bedroom. Rivera ran into the room and grabbed her daughter just moments before the ceiling collapsed, raining wood and debris onto the bed where she had been sleeping.

Wearing just a tank top, flip-flops, and shorts, Rivera ran out into the rain carrying Marisol wrapped in a blanket. The two spent that night at an emergency shelter. And, because the storm damage left their apartment uninhabitable, Rivera along with Marisol and her four siblings, who had been staying with relatives during Sandy, spent the next year in an odyssey through the shelter system.

Rivera responded to the ordeal with action. She helped distribute food and clothing to other Sandy survivors and translated between Spanish speakers affected by the storm and English-speaking volunteers. Over the past year, she has joined the swell of activists from 350.org; New York Communities for Change, where she is a board member; and other groups pressing city officials to tackle climate change. She was arrested for civil disobedience at two of those protests.

The steady stream of teach-ins, rallies, marches, and leafleting events, which Rivera often attended with at least one of her children, has brought stability and gratification to a life upended by the storm. “It calms me,” Rivera said of the activism. “I know that I’m bringing awareness that people can change the way things are, that they can go to clean energy and stop what they’re doing to worsen climate change.” 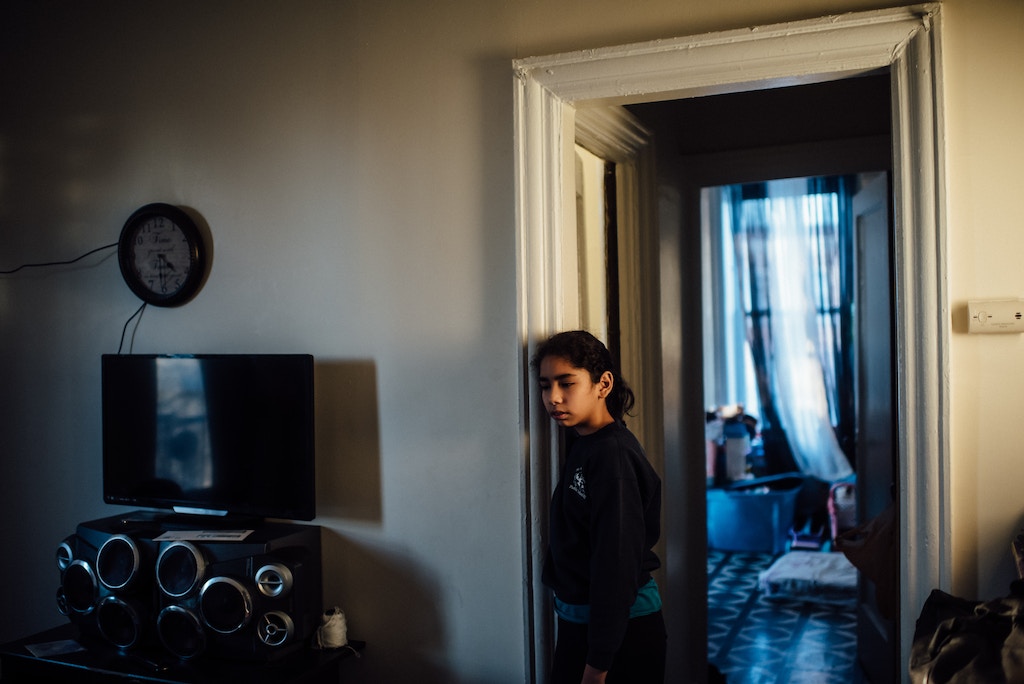 Rachel Rivera, pictured in the top photo at her home in East New York, Brooklyn, has an 11-year-old daughter named Marisol.

But Marisol has had a harder time recovering. Now a sixth grader, she has an intense fear of rain that’s only worsened since the storm. Some of her peers have mocked her. “They tease her about Sandy and make thunder noises,” said Rivera. This past October, the day before the fifth anniversary of the hurricane, Marisol became so terrified that her mother took her to the emergency room. “I couldn’t calm her down,” said Rivera. “She kept saying, ‘Are we going to die this time?’”

News of Hurricane Maria worsened Marisol’s anxiety. Rivera is from Puerto Rico, and her mother, her twin sister, and several other relatives who live on the island lost their homes and possessions in that September storm. After the rain and wind subsided, the body of one of Rivera’s childhood friends was found on the northern part of the island crushed under a car.

“I couldn’t keep the news about Maria from her,” said Rivera, who saw her daughter’s anxiety escalate in the weeks after the storm. She tried to assuage Marisol’s worries, “but it’s been stressful to try to explain to an 11-year-old how everyone’s going to be fine while not knowing yourself.” In December, after another paralyzing episode of anxiety, Marisol entered in-patient treatment for post-traumatic stress disorder and depression at Woodhull Hospital, where she now receives therapy and tutoring. Rivera likes to bring her daughter home-cooked food, stuffed animals, and photos of the family when she visits.

What she doesn’t give her is upsetting news about the climate. Rivera didn’t tell her daughter about the report of the Intergovernmental Panel on Climate Change leaked this month, which noted that the effects of climate change will hit the poor the hardest.

“I am really cautious about what I share,” said Rivera.

But the city’s announcement about divesting its pension funds and suing the oil giants Exxon, Chevron, Conoco, BP, and Shell turned out to be the perfect gift. For Marisol, it brought a sense of relief that grown-ups were finally trying to beat back the threat that seems to hang over her at every turn.

For Rivera, that relief was compounded by a sense of accomplishment.

“I feel like I’m playing a part in something big,” she said. “I know I’m not going to see the outcome of it. It’s something my kids can finish or maybe their kids can finish. But at least we started.” Rivera, left, and Marisol at their home in East New York, Brooklyn.