The war on drugs is still in full force against people of color — and not just because of Jeff Sessions and Donald Trump. 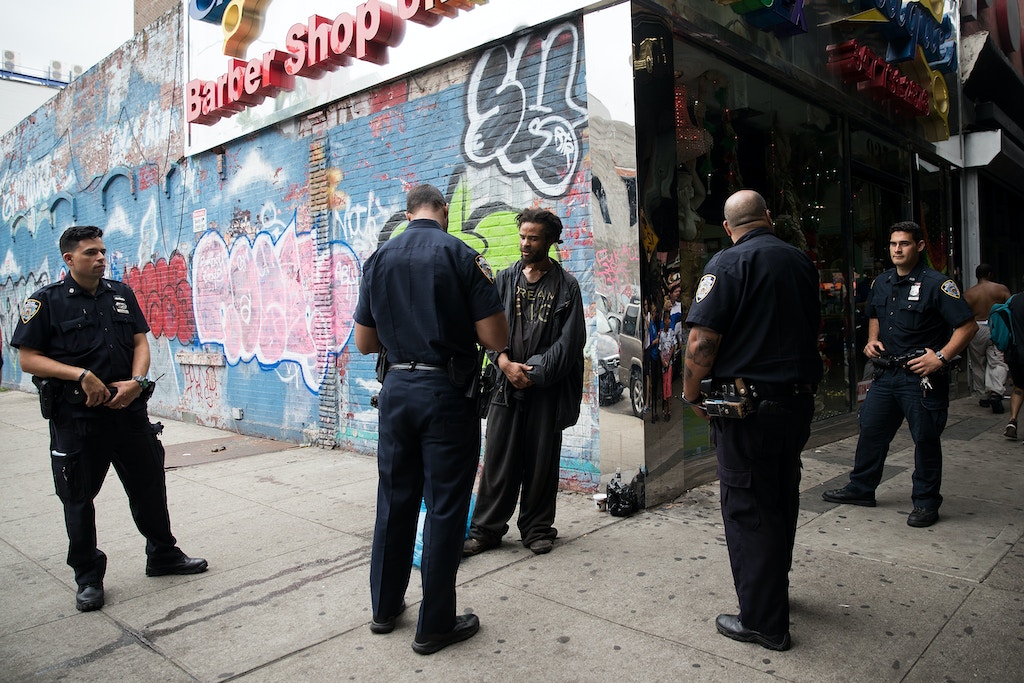 New York City police officers stop a man for suspected K2 possession, July 14, 2016 on the border of the Bedford-Stuyvesant and Bushwick neighborhoods in the Brooklyn borough of New York City.

The huge failure we know as the “war on drugs” is back in full force under the Trump administration, thanks in no small part to Attorney General Jeff Sessions’s retrograde tough-on-crime approach to drugs. It’s not hard to understand why someone like Sessions, with a history of racism, would love the war on drugs: In reality, it was always a war on a very particular set of people — and you can probably guess who those people are. And yet despite Sessions’s best efforts, there’s been a lot of progress on legalizing marijuana; opinions are changing and, in a lot of places, so are laws.

At the intersection of these pushes to legalize weed and the so-called war on drugs, there are a bevy of major scandals unfolding, all of which are ravaging communities of color. And here’s the thing about these scandals: They can’t simply be blamed on President Donald Trump and his team. Instead, they’re deeply rooted in a bipartisan type of anti-blackness.

All of this talk of legalization and decriminalization gave me the wrong impression: I had thought that we were working toward ending the war on drugs. But arrests and imprisonment for marijuana possession are still in full effect — even in places where it has been legalized or decriminalized. How did this happen?

In 2016, more people were arrested for simple marijuana possession in the United States than all violent crimes combined.

What we do know is that they were black. In spite of countless studies showing that African-Americans and white people use marijuana at almost the exact same rate, African-Americans are 375 percent more likely to be arrested for it. In fact, if as few people of color were incarcerated as white people, America’s prison population would plummet by 40 percent.

Can anyone really believe this disparity is accidental? It’s not — that’s why it happens from coast to coast. America’s criminal justice policies — and their selective racial enforcement — are deeply rooted in racism and systemic white supremacy. This conclusion, thanks to Michelle Alexander’s book “The New Jim Crow” and Ava DuVernay’s documentary “13th,” is more widely accepted than it’s ever been, but the scandal continues. And isn’t a partisan one. 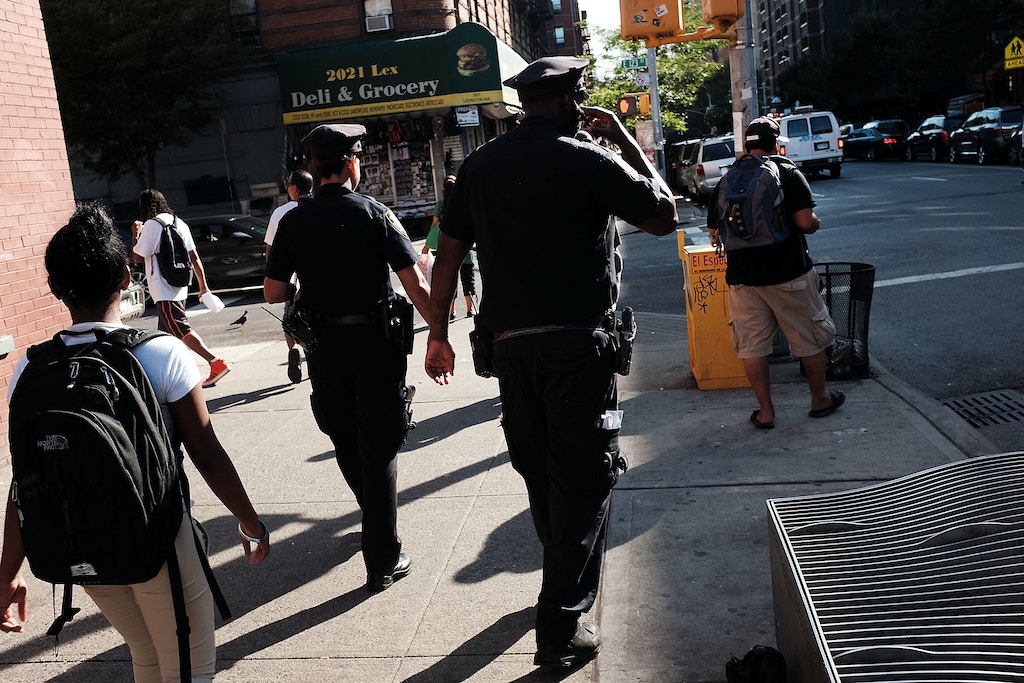 Police are viewed in an area which has witnessed an explosion in the use of K2 or “spice,” a synthetic marijuana drug, in East Harlem on Sept. 16, 2015 in New York.

Take New York City, where I live. The city’s leaders have openly bragged about the decriminalization of marijuana, but arrests for simple possession actually went up by 9 percent from 2015 to 2016, with 18,136 people arrested. In a 2016 interview, New York City Mayor Bill de Blasio said, “We stopped the arrest for low-level marijuana possession.” But that’s simply not true: 96 percent of those arrested in New York were busted for low-level possession. Over 50 people a day are still being arrested for it in New York City alone.

Most of those arrests, predictably, are happening in communities of color. The new numbers for New York City’s 2017 marijuana arrests just came out and they hardly budged — arrests declined by about 1 percent, disappointing many advocates and attorneys who took the mayor’s word on this issue.

Democrats dominate in New York. In addition to its liberal mayor, 47 of 51 city council members are Democrats. New York can’t blame arresting 50 people a day for low-level marijuana possession on Sessions or Trump.

Neither can most of America’s largest cities — where a huge percentage of these arrests go down — and where Democrats have ruled for decades.

This disparity extends to places that have legalized weed — and not just medical marijuana. As far as arrests go, the legalization wave has mainly helped white people. In Colorado, which legalized recreational marijuana, arrests of white people have plummeted, but arrests of African-Americans and Latinos have actually skyrocketed as much as 50 percent. One has to ask: For whom did Colorado make marijuana legal?

Then there is the economic justice side of things. Millions of African-Americans have gone to jail for marijuana possession and distribution; hundreds of thousands remain in jail at this very moment. And while African-Americans continue to pay an enormous price for marijuana prohibition, a legal weed economy is exploding. In California, the weed economy is worth about $7 billion, and it’s going to grow exponentially.

Who do you think owns these businesses? That’s right: The weed industry is dominated by white ownership. I recently picked up a magazine that was all about the marijuana industry. Not a single black or Latino face was in the entire magazine.

That people of color are largely shut out of the legal cannabis industry, after paying the heaviest price for it, is the definition of white privilege.

We’ve seen this sort of exploitation many times. We celebrate, as we should, Jackie Robinson entering Major League Baseball. But when MLB “integrated,” it only integrated the teams, not the front offices or ownership groups. The integration of baseball then meant the destruction of the Negro League and every black-owned franchise that came with it. Generations later, not a single team in baseball is black-owned. The same is true for basketball. Even the Harlem Globetrotters is owned by white people.

What we have right now is a type of marijuana apartheid, a de facto policy of segregation on this issue, in which one lived reality exists for white America on weed and a completely different, more punitive and costly reality exists for African-Americans. Of course it’s unfair, but it damn sure is as American as apple pie. Even if we’ve already passed the bygone golden years of bipartisan cooperation on criminal justice reform, it’s time for Democrats to lead on this issue. But judging by the fact that Sen. Cory Booker, D-N.J., has just one single co-sponsor for his progressive legislation on the matter, it doesn’t look like Democrats have a real plan here. Do they ever?

Correction: Jan. 26, 2018
Due to an editing error, an earlier version of this story said that closing the racial disparity of marijuana arrests would cause the prison population to drop by 40 percent. The story was corrected to say that closing the racial disparity of people incarcerated for all crimes would cause that drop in the prison population.