New Report Finds Class Is a More Potent Predictor of Incarceration Than Race. But Racism Drives It.

What if class, not race, is the variable most linked to mass incarceration? A data-driven report suggests that possibility. 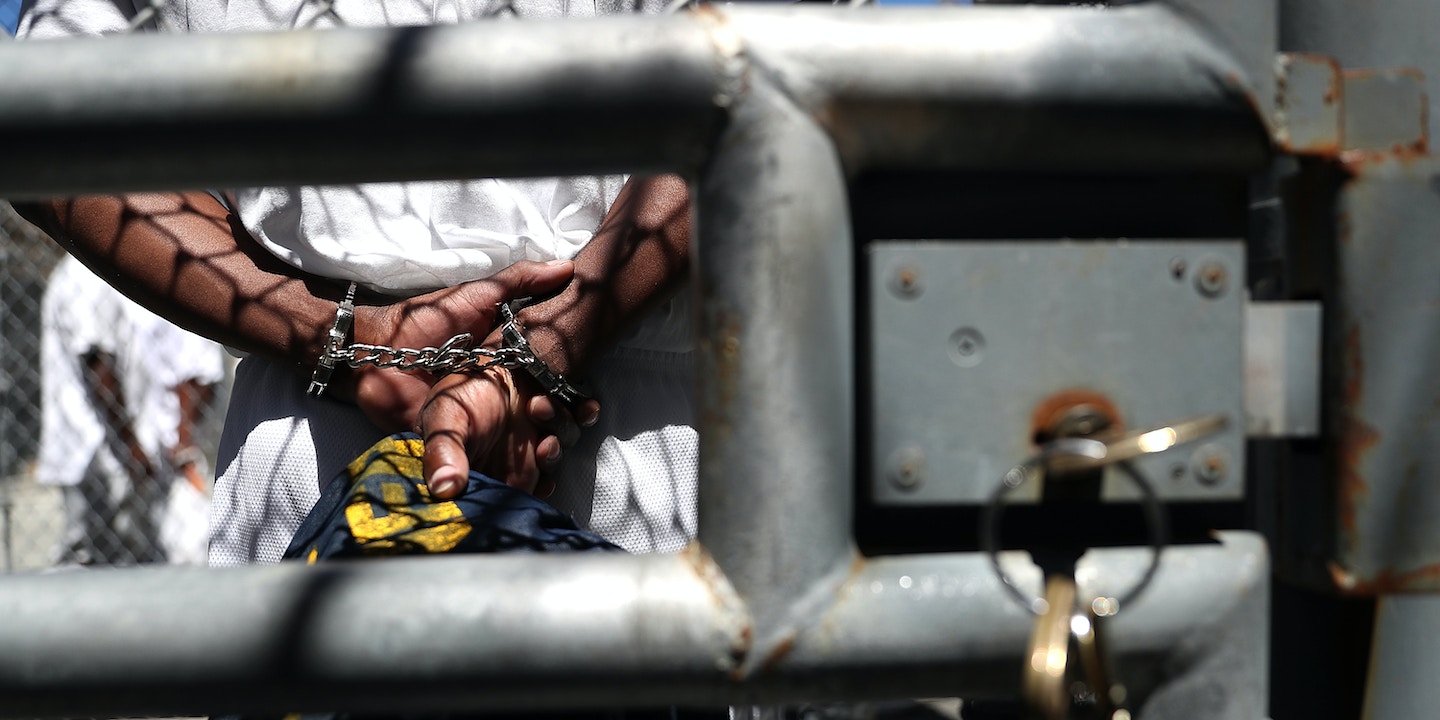 But what remains an open question is what explains this racial incarceration gap; what needs to change to eliminate that gap? Is it a racist economic system that produces a disproportionate population of impoverished African-Americans who then are ground up by a criminal justice system that targets the poor? Or is it better explained by racial bias in policing and sentencing?

A new report from the People’s Policy Project argues that while both exist, it’s economic oppression that matters most — or, at least, matters first.

Researcher Nathaniel Lewis sought to examine the role of both race and class in male incarceration as they impact four different outcomes:

In order to do this, he utilized data from the National Longitudinal Study of Adolescent to Adult Health (known as Add Health), which followed a nationally representative sample of Americans who were in grades seven through 12 between the years 1994 and 1995. The fourth wave of this sample was collected in 2008, when these Americans were between the ages of 24 and 32.

The dataset collected information on respondents that includes race, whether they have been incarcerated, and for how long. To compose his class variable, he created a composite that includes educational attainment, homeownership status, household income, and other similar categories. He also ran results through seven different models with the variables slightly differently composed.

His research found that “while class has a large and statistically significant effect on the first three outcomes, race — once one controls for class — does not.” In the fourth category, whether a man has spent more than a year in jail or prison, he found that race does have a significant impact.

Even in the fourth category, Lewis found that “though for all but one of the seven models the effect of being in the middle rather than bottom class level was stronger than the effect of being white rather than black.” In other words, middle-class and rich people were equally as likely to have served more than a year in prison regardless of race, but a poor black person was more likely than a poor white person to do so. 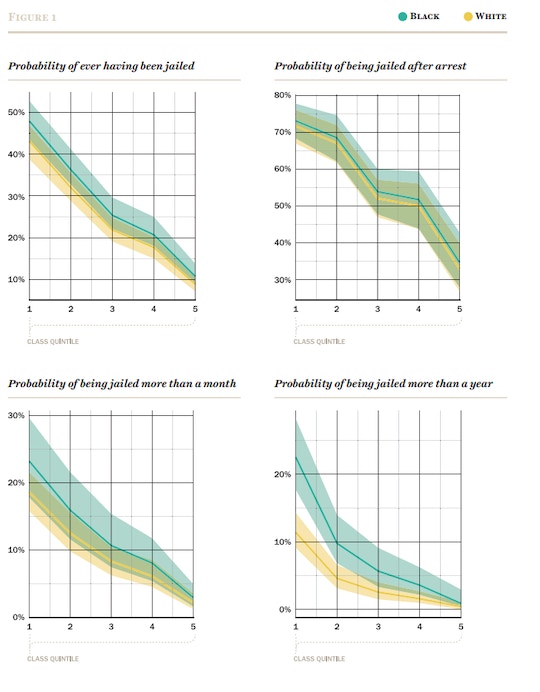 The results cut against the conventional wisdom on much of the political left, which argues that America’s system of mass incarceration is primarily built on racial bias and discrimination. Michelle Alexander’s “The New Jim Crow,” when published in 2010, sat on the New York Times best-seller list for more than a year and was dubbed “the secular bible for a new social movement” by philosopher and activist Cornel West. Alexander’s thesis, in its popular, simplified form, is that the modern criminal justice system in America is analogous to a “racial caste system,” similar to the Jim Crow-era South and other historical systems of racialized oppression.

But central to Alexander’s argument is the history of that oppression, beginning with her exploration of an economic system that drove blacks into poverty, undergirded by a system of racism intended to split poor whites from poor blacks, to prevent the formation of a transracial populist party of the working class. Alexander highlights the destruction of the post-Reconstruction Populist Party, which was a serious attempt at a trans-racial coalition. Its upper-class opposition used explicitly racist tactics to divide the white and black poor, helping to set off the trend that carries through to today.

Some of the tactics of racist economic exploitation present in the 19th century — particularly trapping blacks in crushing debt — are around today, as are others, such as simply refusing to give work to African-Americans, though it is done more subtly in the 21st century. By “whitening” a resume, a black applicant is much more likely to get a call back for a job interview. White high school dropouts are just as likely to land a job than black college students.

Lewis’s conclusion is similar to that of scholar Cedric Johnson (who is cited as the competing view to Alexander in the report). Johnson, a professor of African-American studies at the University of Illinois at Chicago, argues that “contemporary patterns of incarceration and police violence are classed in a manner that is not restricted to blacks and whose central dynamics cannot be explained through institutional racism.” Instead, Johnson sees the modern prison state in the United States as a means by which Americans who cannot find decent employment and living standards are discarded.

In an interview with The Intercept, Lewis attempted to explain why we may see a divergence over the fourth question.

“One aspect might be that this is where we would see the culmination of the race effect. That is, the study doesn’t find a ‘statistically significant’ racial effect for any of the other outcomes, but that doesn’t mean that there isn’t one there, just that it’s probably a lot smaller than most people think,” he said in an email. “If there is a small racial bias each step of the way (i.e. arrest rates, to initial incarceration rates, to sentencing terms), a study like this wouldn’t find it to be statistically significant at any given step, but when added together, as it is in the last question, we could see a significant effect, both in the technical sense and the common sense.”

Ultimately, Lewis concluded that his data showed that the primary reason we see overrepresentation of African-Americans in the criminal justice system are factors related to poverty.

“I think that people are used to hearing the statistics about glaring racial disparities in the justice system, and police brutalization and the police murder of black individuals, plus the long history of stark racism in America, and they add this all up and, quite reasonably, the New Jim Crow framework of explaining mass incarceration as a racist system designed to oppress black people seems inarguably correct,” he told us. “But most of these studies and statistics don’t control for socioeconomic status, and the ones that do, I would say, do so inadequately. It could be that mass incarceration is primarily a system of managing poor people, rather than black people, and the racial disparities show up mostly because black people are disproportionately represented in the lower classes. This is what my study finds.”

Lewis concluded that his research suggests that one of the best ways to reduce the total prison population would be to embrace social democratic policy that would address poverty, the education gap, and other class divides.

“One implication, at least to me, is that policies aimed at alleviating class disparities may be the most effective way of helping black people, and all people, subject to being ground up by the criminal justice system,” he said.

Top photo: A condemned inmate stands with handcuffs on as he prepares to be released from the exercise yard back to his cell at San Quentin State Prison’s death row on Aug. 15, 2016 in San Quentin, Calif.