U.S. Citizenship and Immigration Services Will Remove “Nation of Immigrants” From Mission Statement

In an email sent to staff members Thursday, the director of U.S. Citizenship and Immigration Services announced the agency’s new mission statement. 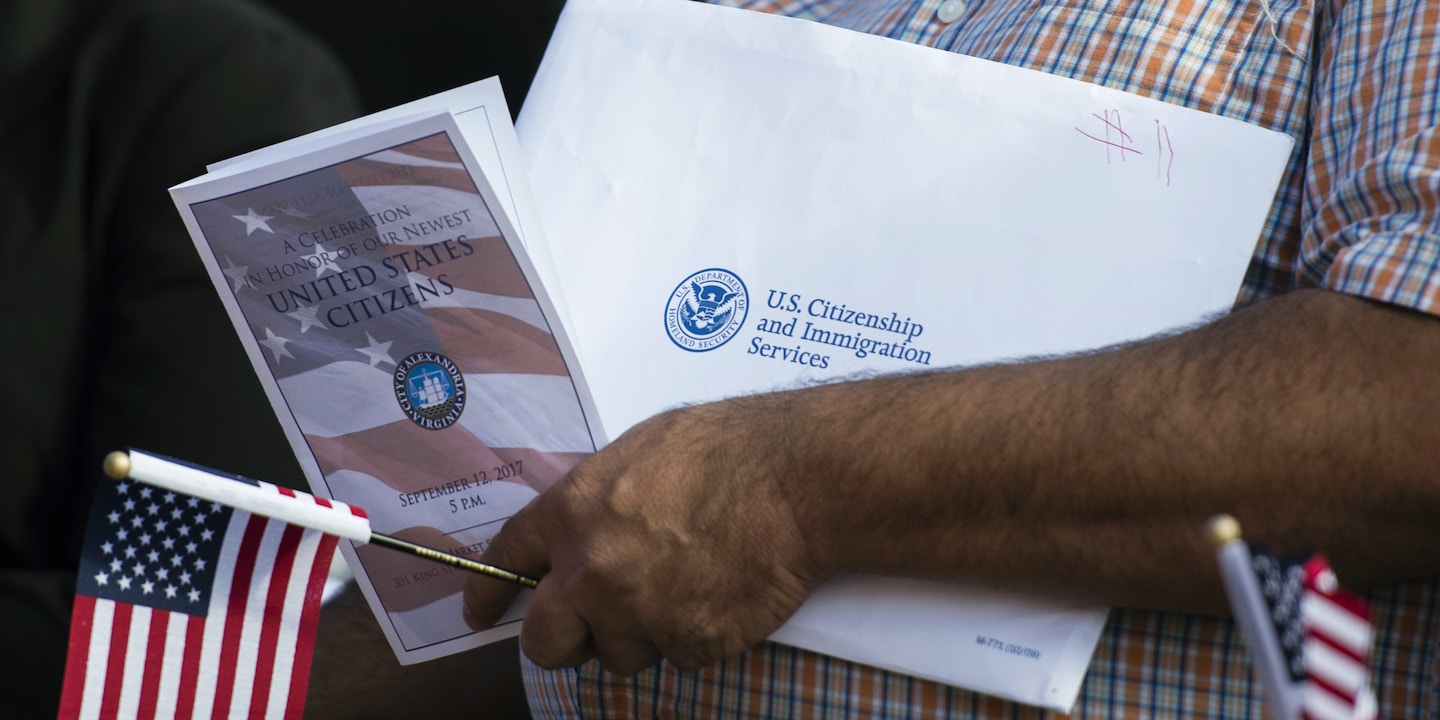 The lead U.S. agency tasked with granting citizenship to would-be Americans is making a major change to its mission statement, removing a passage that describes the United States as a nation of immigrants. In an email sent to staff members Thursday and shared with The Intercept, U.S. Citizenship and Immigration Services Director L. Francis Cissna announced the agency’s new mission statement.

U.S. Citizenship and Immigration Services administers the nation’s lawful immigration system, safeguarding its integrity and promise by efficiently and fairly adjudicating requests for immigration benefits while protecting Americans, securing the homeland, and honoring our values.

USCIS secures America’s promise as a nation of immigrants by providing accurate and useful information to our customers, granting immigration and citizenship benefits, promoting an awareness and understanding of citizenship, and ensuring the integrity of our immigration system.

Cissna went on to write, “I believe this simple, straightforward statement clearly defines the agency’s role in our country’s lawful immigration system and the commitment we have to the American people.” The director highlighted, specifically, the removal of the word “customers” from the new mission statement, making the case that the word gave a false impression. 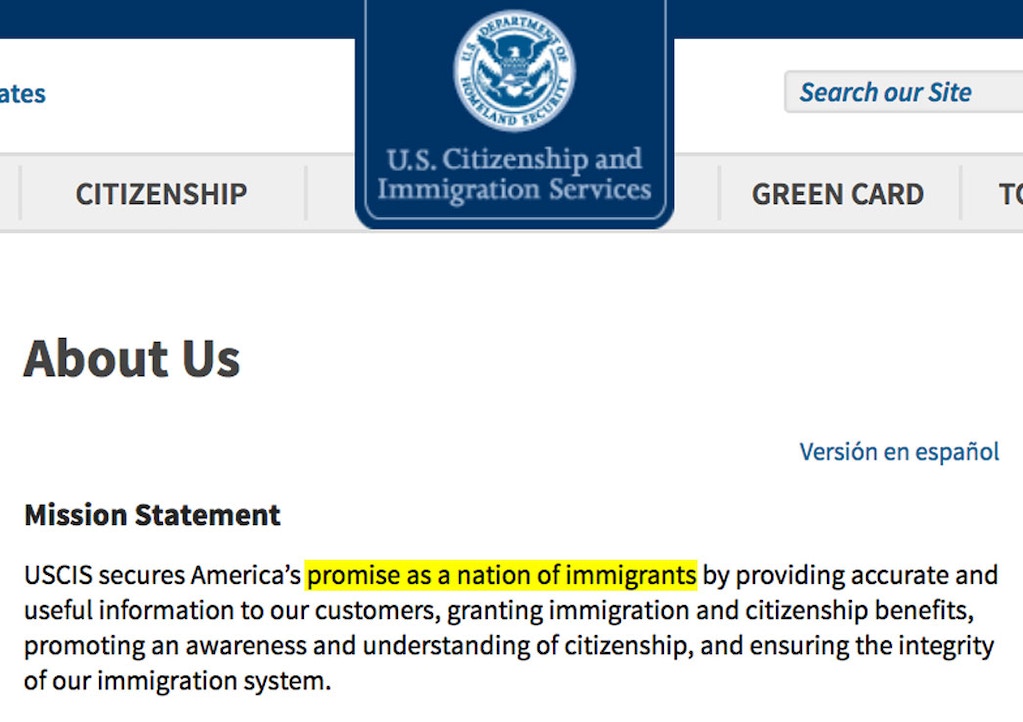 “All applicants and petitioners should, of course, always be treated with the greatest respect and courtesy, but we can’t forget that we serve the American people,” the director wrote. According to one senior U.S. immigration official, who spoke to The Intercept on condition of anonymity because they are not authorized to speak to the press, “While it doesn’t expressly say it, it means that they aren’t customers, but aliens.”

The USCIS did not immediately respond to a request for comment.

In the past, the services provided by USCIS fell to the Immigration and Naturalization Service. The change from INS to USCIS, the official said, was in part rooted in an effort “to move away from that image where people were afraid of us. We wanted people to feel comfortable with coming to us and know that they could get a fair hearing — that we were different from ICE and CBP.” When asked if they were surprised at the change, which abandons a phrase many consider to be a bedrock principle of the country, the official replied, “No. Disappointed though.”

“This is a step backwards,” they said.

In a written statement sent to The Intercept after this story was published, Jonathan Withington, USCIS Chief of Media Relations, said the new mission statement is “effective immediately.” Asked if USCIS had changed its view on whether the U.S. is a nation of immigrants, Withington wrote, “The statement speaks for itself and clearly defines the agency’s role in our country’s lawful immigration system and commitment we have to the American people.”

Top photo: A new U.S. citizen holds an information packet at a naturalization ceremony at Alexandria City Hall in Alexandria, Virginia, on Sept. 12, 2017.