When ICE investigators can’t get a judicial warrant, they try to gain consent for searches by any means necessary. 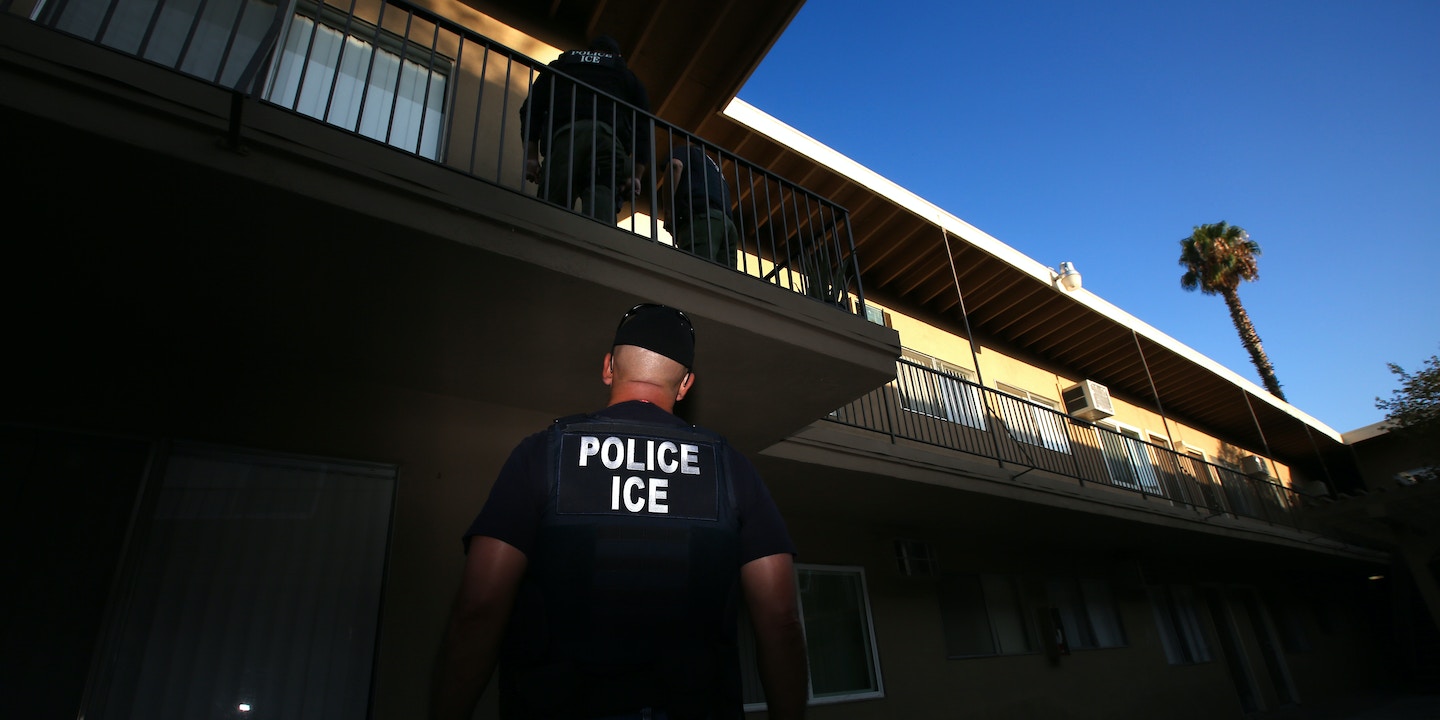 When U.S. Immigration and Customs Enforcement agents go after suspected violators of immigration and customs law, they do whatever they can to get consent from their targets. The idea is simple: By getting their targets’ consent, ICE agents can avoid the complications that arise from the Fourth Amendment’s protections against unreasonable searches and seizures.

Internal policies, laid out in documents reviewed by The Intercept, show how the agency’s investigative wing, Homeland Security Investigations, uses a complex web of civil and criminal warrants, statutory regulations, and legal tactics to effectively operate with as few restrictions as possible across the country.

Protecting agents’ work from constitutional challenges is one of the focuses of the “HSI Search and Seizure Handbook.” The techniques laid out focus heavily on obtaining consent from investigative targets for searches. One method available to agents is to issue “ICE warrants,” which do not carry the power of judicial warrants, but which immigration lawyers warn can be used to mislead or intimidate targets into granting consent for search and seizure.

The handbook was published on Thursday by the independent media outlet Unicorn Riot. The August 18, 2010, version of the policy document published is no longer in use: A table of contents from the HSI’s 2016 Special Agents Manual shows that an updated edition, from 2012, was being used as recently as two years ago.

“ICE is known to use deceptive tactics.”

The handbook lays out ICE’s underhanded methods, said immigration lawyers and experts contacted by The Intercept, stoking fears that ICE is willing to dismiss legal protections in the face of a single-minded drive to detain suspects. “ICE is known to use deceptive tactics,” said Azadeh Shahshahani, the legal and advocacy director for Atlanta-based immigration organization Project South. “These types of practices, basically, are very problematic and smack of constitutional violations.”

ICE spokesperson Matthew Bourke confirmed the authenticity of the handbook and told The Intercept in an email that it’s standard practice for changes in policy handbooks to follow any number of review procedures. “Changes in these handbooks can be prompted by the introduction of new law-enforcement tools; a shift in investigative techniques; laws passed by Congress; and judicial decisions,” said Bourke.

Bourke did not offer any explanations for what changed in the 2012 edition, however, telling The Intercept that the “internal training materials are law-enforcement sensitive, not publicly available, and we’re therefore not prepared to comment on the investigative tactics and guidance detailed in the document.”

Although the document is out of date, it provides a window into how ICE’s investigative wing uses its power to execute warrants for violations of the law ranging from undocumented immigration to money laundering. As one of ICE’s two divisions, HSI is in charge of the agency’s responsibilities for criminal enforcement issues under ICE’s purview relating to national security. HSI is an intelligence and law enforcement hybrid that targets violations of immigration and customs law both domestically and around the globe.

The “Search and Seizure Handbook” is important for HSI agents when they conduct operations within the United States, where Fourth Amendment protections are in place. Constitutional limitations on HSI operations can create legal obstacles, and knowing how to avoid later complications and challenges in court lessens the chance of judicial failure.

In order to enter private property, HSI agents must either be given permission to enter or serve a judicial warrant. If residents of a home or proprietors of a business give permission, the resulting “consensual search” purportedly avoids the complications of Fourth Amendment protections. The ICE handbook emphasizes the ease with which agents can satisfy constitutional requirements by following a few simple guidelines, such as requesting rather than demanding information from targets.

“Consensual encounters between an SA [Special Agent] and the public are not seizures under the Fourth Amendment and require no suspicion on the part of the SA,” the handbook says. “So long as an individual remains free to terminate the encounter and leave, the SA may approach the individual, request (but not demand) that the person identify himself or herself, and ask questions.”

The preference for “consensual” searches is part of ICE’s efforts to use whatever tools are at its disposal to gain entry and make an arrest — in this case entering a premises without a judicial warrant.

“You can’t go into someone’s house to find and get them without an arrest warrant on probable cause that they committed a crime,” said Tracey Meares, a professor at Yale Law School.

ICE is able to get around this constraint by using a widespread law enforcement tactic called “Terry stops,” or initiating investigative detentions based on a “reasonable suspicion” of involvement in a crime rather than the standard of “probable cause” that a person committed a crime required for a warrant. During these stops, according to the ICE handbook, “SAs may briefly, forcibly detain a person if there is reasonable suspicion to believe that the person is violating, has violated, or is about to violate any criminal statute which the SAs are authorized to enforce.” Undocumented Mexican immigrants wait to be deported from the Immigration and Customs Enforcement center on April 28, 2010, in Phoenix, Ariz.

Another approach ICE relies on to gain entry to private spaces is the use of civil and administrative warrants, as well as internally created “ICE warrants,” to create the illusion of judicial approval for entry, detention, and questioning, thereby gaining what can arguably be presented as consent.

Though not specifically mentioned in the HSI manual, lawyers told The Intercept that “ICE warrants” are issued and signed by ICE agents, not judges, and do not address Fourth Amendment protections. “They don’t comply with the same rules as law enforcement,” Ruiz said, referring to agencies like the FBI and local law enforcement, who would not under normal circumstances rely on self-made warrants.

The HSI handbook authorizes agents to pursue civil and administrative warrants when other avenues are closed off. “In some cases where no criminal violation exists or where the criminal violation fails to meet local prosecution guidelines,” the handbook reads, “SAs may pursue their investigations through civil search warrants.”

“ICE agents are only thinking about their objective.”

The use of both civil warrants and ICE warrants, said Grisel Ruiz, a staff attorney at San Francisco’s Immigrant Legal Resources Center, allows HSI officers to intimidate people into allowing entry, thereby providing plausible deniability for challenges against evidence based on the “fruit of the poisoned tree” exclusion. “Under the Fourth Amendment, you need a person’s consent or warrant signed by judge to enter their home,” explained Ruiz, “or a probable cause basis to enter without consent. These are due process protections.”

The most important thing for people faced with ICE agents at their door, said Ruiz, is to know their protections under the law. That’s why her organization has focused so heavily in recent years on a “know your rights” campaign. “We’re dealing with an agency that will regularly lie,” Ruiz said, so being able to push back is important.

With all the swirling inconsistencies, Ruiz said, it’s best to assert yourself when possible to leave the possibility of challenging in future hearings evidence obtained via questionable means. “It can be beneficial to assert your rights even if you end up in proceedings,” said Ruiz. “Because if ICE enters anyway, in that situation you can be helped down the road in challenging the evidence.”

In the view of Melvin Medina, the director for strategic initiatives at the Connecticut ACLU, ICE has a single-minded focus on seizures and detentions by any means necessary, causing it to resort to whatever tactics it can. “ICE agents are only thinking about their objective,” said Medina.

Top photo: ICE Enforcement and Removal Operations unit raid to apprehend immigrants without any legal status and who may be deportable in Riverside, Calif., on Aug. 12, 2015.