Purdue Pharma’s strategy attempted to rollback a legal doctrine that could be used to prosecute top drug executives responsible for the opioid crisis. 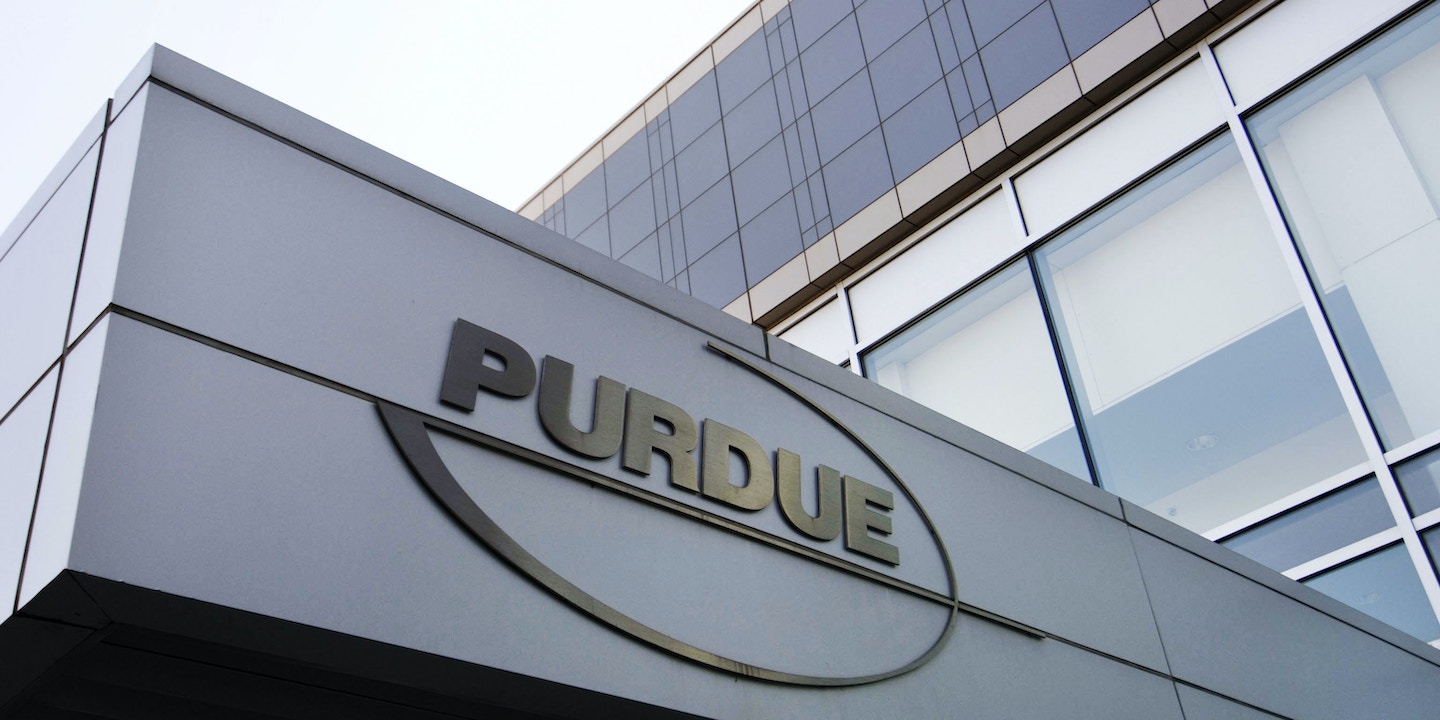 Purdue Pharma, the maker of OxyContin, revolutionized the opioid industry through aggressive marketing tactics that encouraged the widespread use of prescription painkillers.

That part, by now, is well-known, as an out-of-control opioid epidemic ravages a generation of young people with such potency that it has dragged down the overall life expectancy of the American people. What has not been previously revealed is that as the death toll mounted, officials at the company attempted to work behind-the-scenes to make it less likely that they could ever be successfully prosecuted for the carnage opioids were unleashing.

Executives in multiple industries have long been kept up at night by knowledge of the looming power of the Responsible Corporate Officer, or RCO doctrine, also known as the Park doctrine, a legal liability standard used largely to prosecute executives at companies responsible for affecting public health and safety. Under the Park doctrine, federal prosecutors could target senior executives and board members of opioid pharmaceutical companies for their role in the sprawling epidemic if violations of criminal law were proved true, regardless of whether they could prove knowledge or motivation.

Purdue helped to quietly finance an effort to unravel that doctrine, according to people with knowledge of the company’s activity.

Executives at Purdue were once charged using the corporate officer doctrine in 2007, in a case that found that the company had “misbranded” its drugs as less likely to be abused than other narcotics. The company agreed to pay a settlement of $634.5 million. A growing number of state and local prosecutors, however, believe that the company simply shifted tactics after the settlement, and could again face liability for continuing to downplay the dangers of its opioid products using sophisticated marketing campaigns that targeted the medical community and patient advocacy groups.

Purdue didn’t attach its name to the recent effort to weaken the responsible corporate officer doctrine. Instead, the company provided funding to the Washington Legal Foundation, a legal nonprofit that litigates in support of business interests, to petition the Supreme Court last year to accept a case that would give it the opportunity to weaken the RCO doctrine. The foundation closely protects the names of its donors and the drugmakers’ ties to the group were unclear until recently.

The legal strategy was confirmed by former staffers at the Washington Legal Foundation who spoke to The Intercept on the condition of anonymity. The foundation did not respond to a request for comment.

The effort revolved around a case known as DeCoster v. United States, one of the most significant challenges to the responsible corporate officer doctrine in four decades.

The lawsuit challenged the conviction of executives at Quality Egg LCC, an Iowa-based company, who were found guilty for shipping salmonella-tainted eggs that sickened 56,000 people. The federal prosecution shocked the business community because it represented a rare case of corporate executives held criminally responsible for actions committed by subordinates. The Department of Justice prosecutors relied on the RCO doctrine, which has historically been used for food- and drug-related offenses in cases in which companies have caused widespread health problems, to sentence executives at Quality Egg to three months in jail.

Business interest groups watched the case with interest, and the foundation filed a brief to overturn the decision after the case was upheld by an appellate court.

In its petition to the Supreme Court to take up the Quality Egg case, the Washington Legal Foundation called the responsible corporate officer doctrine “a peculiar anomaly in criminal law” that allows imprisonment of corporate executives “based on little more than his supervisory role in the company.” The foundation urged the Supreme Court to take up the case as an “opportunity to revisit the very notion of Park doctrine liability.”

The foundation urged the court to use the egg case as a chance to chip away or even repeal the legal doctrine used to prosecute senior executives at drug and food companies.

In other words, the foundation urged the court to use the egg case as a chance to chip away or even repeal the legal doctrine used to prosecute senior executives at drug and food companies. The Supreme Court ultimately declined to hear the challenge to the DeCoster decision, leaving the RCO doctrine in tact.

According to a former Washington Legal Foundation official, an attorney with Purdue Pharma reached out to thank them for the work being done on the RCO doctrine. Another former foundation employee noted that the Washington Legal Foundation has long worked to weaken the doctrine, and that Purdue Pharma was one of several donors that had supported the effort.

While the foundation says all of its funding comes in the form of unrestricted grants, former employees told The Intercept that donors had effectively influenced briefs and others filings made by the Washington Legal Foundation. Connie Larcher, president of the foundation, has long coordinated the nonprofit’s legal strategy in close coordination with donors, the sources said. Some of the Purdue Pharma money was intended to promote the legal strategy around the RCO doctrine.

Asked for comment, Purdue Pharma did not speak directly to the relationship with the Washington Legal Foundation.

“We have supported third-party organizations, including with annual dues and unrestricted grants, that are interested in helping patients receive appropriate care and share our commitment toward addressing the opioid crisis,” said Bob Josephson, a spokesperson for the company, in a statement to The Intercept.

It’s not the first time the foundation backed Purdue Pharma in court. In 2014, the Washington Legal Foundation petitioned the Supreme Court to support Purdue Pharma in a lawsuit to limit the conditions under which corporate whistleblower cases can be brought under the False Claims Act.

Officials at the Department of Justice in both the Obama and Trump administrations have indicated that they are reviewing potential opioid-related cases. In a speech two years ago, then-Assistant Attorney General Leslie Caldwell said that the agency would soon prioritize prosecuting health care executives, with an eye toward the opioid crisis.

“Companies that skate at the outer edge of the law, flirting with criminal charges as a major element of their ability to do business, have much to gain if they can persuade the higher federal courts to disavow the responsible corporate officer doctrine,” said Rena Steinzor, a professor at the University of Maryland School of Law.

“The doctrine is judge-made law, created and ratified by two Supreme Court opinions issued decades ago,” said Setinzor. “It means that corporate executives presiding over illegal activities are appropriate targets. Any decision to dump the doctrine would be the rough equivalent of a get-out-of-jail-free card in such cases.”

“Any decision to dump the doctrine would be the rough equivalent of a get-out-of-jail-free card in such cases.”

Ties between Washington Legal Foundation and Purdue Pharma were reported by The Intercept in 2015 in a story detailing how the foundation had helped Purdue Pharma attempt to block the Centers for Disease Control and Prevention from issuing voluntary guidelines to discourage the overprescription of opioid narcotics.

Last week, Sen. Claire McCaskill, D-Mo., confirmed the prior relationship and released a report revealing that Purdue Pharma had donated $500,000 to the Washington Legal Foundation. The report noted that the foundation had taken the unusual step of lashing out at the CDC opioid guidelines.

But the work to undermine the prescription guidelines was only one aspect of the Purdue Pharma money provided to the foundation. The attempt to weaken the RCO doctrine has not been reported until now.

A growing number of law enforcement officials have taken aim at the role of opioid manufacturers and distributors in fueling America’s opioid crisis. Lawsuits filed by several cities and state attorneys general charge that Purdue Pharma funded third-party patient advocacy groups and prominent doctors to downplay the addiction risk and exaggerate the benefits of prescription painkillers, including its most famous narcotic, OxyContin.

Andrew Kolodny, co-director of opioid policy research at Brandeis University, said that the previous 2007 prosecution of Purdue Pharma “missed the worst of what Purdue had done.” That case narrowly focused on how Purdue Pharma had branded OxyContin, but prosecutors failed to look at the overarching ways the firm rebranded opioids as a class of drugs.

Since 1996, when Purdue released OxyContin, the firm has fueled rising opioid sales through a marketing campaign focused on increasing prescribing of opioids.

Investigative reports have detailed in recent years how Purdue Pharma and other opioid companies financed physician training programs, prescribing guidelines, patient advocacy groups, and other nonprofits designed to encourage the widespread use of opioids painkillers.

On February 9, Purdue Pharma announced that it would “no longer promote opioids to prescribers.” But many say the company has acted too slowly. “They’re 20 years late to the game,” Dr. Noah Nesin, a family physician and vice president of medical affairs at Penobscot Community Health Care, told NPR.

The boom in opioid drug sales corresponds closely to the rising heroin deaths. Many heroin addicts begin using the drug after abusing prescription opioid painkillers, which have an almost indistinguishable effect on the brain as heroin.

Over 42,000 Americans died of opioid-related deaths in 2016. Academic researchers told STAT, a public health news site, that if current trends continue to rise, opioid deaths could claim as many as 650,000 lives over the next decade.

The Washington Legal Foundation has long faced accusations in the past that the nonprofit operates as a legal front for corporations to undercut public health and safety standards.

The group figured prominently in the tobacco wars that raged throughout the ’90s. The group routinely filed briefs supporting the tobacco industry’s lawsuits challenging government regulations on tobacco products. A 1994 memo by Philip Morris executive Roy Marden noted that he was “[w]orking with the Washington Legal Foundation (WLF) in the development of a strategy to counteract and attack the efforts of the antis,” a reference to public health advocates. The group also sponsored advertisements criticizing “anti-smoking zealots in government” without disclosing that the group was being funded by several major tobacco firms.

The tobacco industry, however, could not win all of its battles, and eventually conceded to greater restrictions on cigarette marketing, indoor smoking, and other rules favored by public health advocates.

Like the tobacco industry, opioid drug firms stand accused to manufacturing an addiction crisis by concealing and downplaying the risks of its products. But will drug company executives ever face a criminal prosecution?

“In my opinion,” said Kolodny, “the actions taken by senior executives at Purdue have led to millions of people becoming opioid addicted and has led to tens of thousands of deaths. So I can’t imagine how a just legal system would not find them guilty of criminal charges.”