While senators displayed a reluctance to govern on Tuesday, the disquiet over Zuckerberg’s comments suggested that the hearing represented a beginning and not an end. 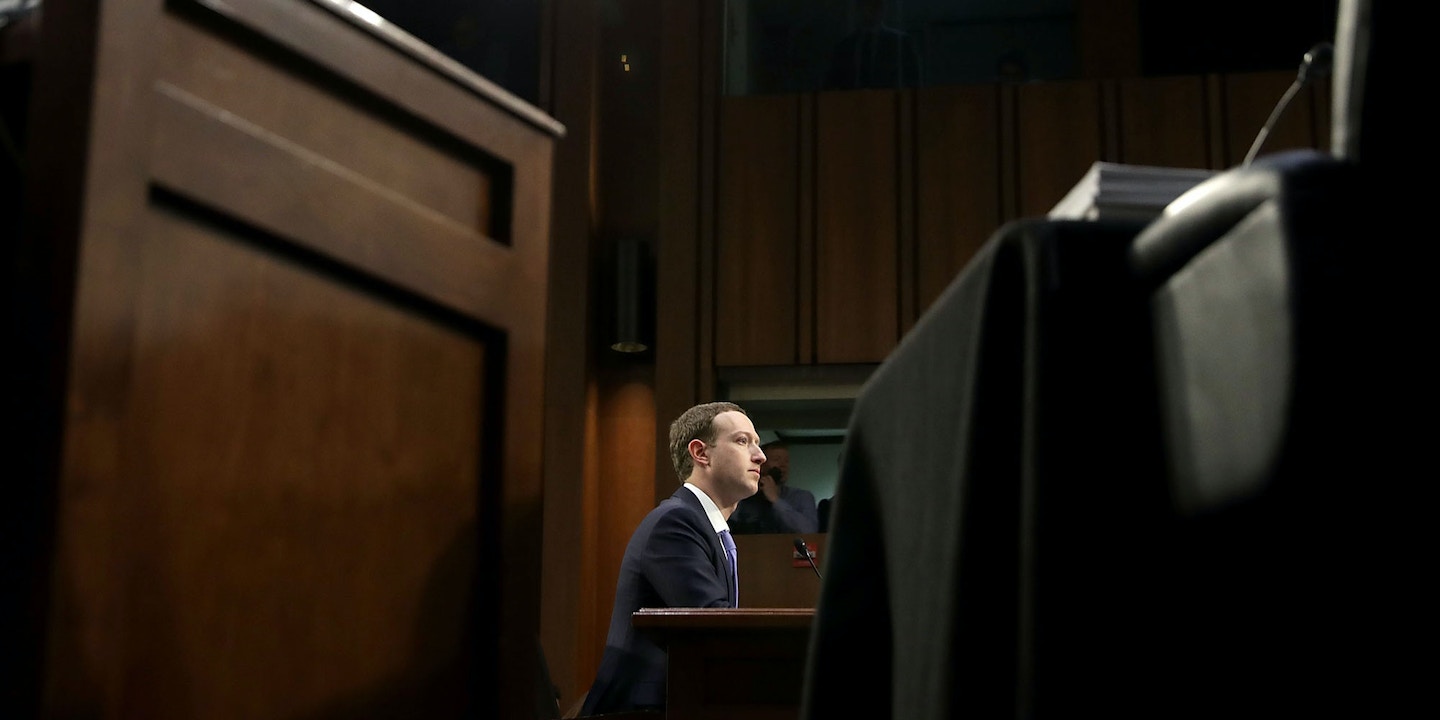 While Facebook CEO Mark Zuckerberg faced often-harsh questioning in the House Energy and Commerce Committee on Wednesday, senators across the Capitol expressed frustration and even anger with Zuckerberg’s appearance before them the day prior, intimating that Zuckerberg misled them and that platform monopolies needed to be seriously scrutinized for antitrust violations.

“These organizations have grown in such an incredible way, things like Facebook and Amazon,” said Sen. Roy Blunt, R-Mo., who nobody would mistake for a fire-breathing anti-corporate populist. “I’m sure they didn’t set out intending the market power that they have. … It’s an issue that we need to make sure we’re paying attention to.”

While senators displayed a disappointing reluctance to govern on Tuesday, the disquiet over Zuckerberg’s comments suggested that the hearing represented a beginning and not an end, a prelude to a long march of dissecting and reining in the platform monopolies.

The senators’ remarks came in a far quieter, but perhaps more crucial, hearing conducted by the Senate Commerce Committee, one of the two that questioned Zuckerberg yesterday. The hearing considered the nominations of three federal officials, including Becca Kelly Slaughter, a nominee for the fifth and final slot on the Federal Trade Commission.

The FTC is the main federal agency with supervisory authority over consumer protection, data privacy, cybersecurity, and antitrust enforcement. Among other responsibilities, it governs the tech industry, and has been hearing loud criticism for its relative silence. So, Slaughter’s positions on the industry and its behavior actually matter more than Zuckerberg’s, because Slaughter will have power to enforce the law.

Currently, the FTC has two lame-duck commissioners in place on its five-member panel, making it effectively rudderless at a time of public rethinking about the tech industry and its power. All of the FTC’s seats have been vacant 15 months into the Trump administration, owing to a variety of Congressional squabbles.

Slaughter, currently chief counsel to Senate Minority Leader Chuck Schumer, D-N.Y., finally received her nomination last month. As The Intercept has previously reported, Congress acted quickly to move her confirmation forward, attaching her to an unrelated hearing Wednesday for members of the Surface Transportation Board. Slaughter’s four fellow nominees, who have been waiting for months to be confirmed, were in the room for the hearing; it’s expected that all five will be confirmed by the end of the month.

The hearing created an opportunity for the Senate to express to the entire incoming FTC membership what they wanted to see the agency do with its authority over the tech industry. And they repeatedly grumbled about the Zuckerberg hearings.

Sen. Bill Nelson, D-Fla., referred to his own questioning of the Facebook chair. “I asked [Zuckerberg] if he had notified the 87 million people that their data was stolen as a result of the Cambridge Analytica scandal. He did not answer directly that question,” Nelson said. “Then, I asked him, ‘Did you notify the FTC?’ and he said no.” Nelson pointedly asked Slaughter if she agreed that the FTC should bring enforcement actions against companies involved in data breaches.

Sen. Maria Cantwell, D-Wash., wasn’t so subtle. “One thing is clear, we had a consent decree from the FTC that wasn’t followed,” she said, referring to a 2011 agreement with Facebook that alleged violation of consumer privacy laws, and that held the company to various standards around data collection and sharing with third parties for 20 years. Sen. Ed Markey, D-Mass., agreed. “The hearing yesterday was triggered by the 2011 consent decree. We put Facebook on privacy probation and they were violative of it.”

This skepticism was not limited to Democrats. Sen. James Inhofe, R-Okla., got Slaughter to support the FTC engaging in retrospective studies of mergers, in order to learn how the resulting companies fared and whether they increased their market power as a result. This has been a favored tactic of Facebook: buying up any competitor that threatened their monopoly in social media. And Blunt, who practically rolled his eyes when recalling how Zuckerberg said in the hearings that Facebook “didn’t feel like a monopoly,” said the FTC had to do a better job following up on these platform monopolies.

Slaughter, for her part, played things extremely close to the vest, going no further than restating the mission of the FTC to monitor for abuses of market power in any sector. She begged off taking a position on the consent decree because the FTC had an active investigation into the matter. Asked by Cantwell about Europe’s General Data Protection Regulation, which requires companies to obtain affirmative consent for any data collection, Slaughter said that it was an “innovative idea” that should be monitored to determine “how what’s working there might work here or not.”

It’s natural for a nominee to hedge their bets before entering a federal agency. But the nature of the hearing set expectations for Slaughter and her colleagues entering the FTC. “Both Republican and Democratic senators made it clear that they were unhappy with Zuckerberg’s comments and [that] \they are worried about tech monopolies, and not just Facebook,” said Matt Stoller, a fellow at the Open Markets Institute. That puts pressure on the FTC to act, and they have leeway to do so much more quickly and comprehensively than Congress.

Meanwhile, the House, whose members don’t run statewide and are less beholden to the big campaign dollars a monopoly like Facebook could provide, did a far better job exposing Zuckerberg’s evasions and half-truths. Highlights included West Virginia Republican David McKinley pleading with Zuckerberg to take down posts on Facebook promoting the illegal sale of opioids, to which Zuckerberg robotically responded by saying that only “AI tools” can stop that because too many posts go up in a day to handle them all. Here, Zuckerberg admitted that Facebook is too big to comply with the law — or that complying with the law would harm profitability too much.

In the most important moment, Anna Eshoo, a Democrat who represents the Silicon Valley area, asked the threshold question to Zuckerberg: “Are you willing to change your business model in the interest of protecting individual privacy?” Zuckerberg, who has driven the business models for his company for at least a decade, pretended not to know what Eshoo meant. But the implication was clear: The surveillance economy must end if federal law meant anything.

The reinvigoration of Congress on matters of corporate power won’t happen overnight and continues to face monumental challenges. But things crawled a tiny bit forward on Wednesday.