In another saga pitting national Democrats against grassroots activists, the DCCC pushed a failed mayoral candidate into a New York primary. Election day in November 2017 was a very good one for Democrats. The party reclaimed the governor’s mansion in New Jersey, swept the state of Virginia, and won a wide swath of races in Pennsylvania and elsewhere.

In Syracuse, New York, a heavily Democratic city, things didn’t go quite as well. The party’s nominee for mayor, Juanita Perez Williams, lost in a landslide to an independent candidate, even managing to lose her own neighborhood by two to one.

In some lines of work, a failure so complete might earn somebody a demotion, a period of probation, or a rethinking of whether the career path and the skillset are a perfect marriage. But this is Democratic Party politics, where consequences are for the people, not the politicians. And so, the performance earned her an invitation to the headquarters of the Democratic Congressional Campaign Committee, touching off another intraparty saga that would go on to pit the national party against grassroots activists.

Within just a few days of the loss, Perez Williams was in Washington, D.C., sitting down with top-tier Democratic operatives who saw, in her failed campaign, the makings of a promising 2018 congressional candidate.

She was flattered, she later said, but she declined the entreaties to take on the incumbent Republican, John Katko — though she made sure to let the public know that she’d been recruited by the DCCC. “They all came together and were calling me, telling me I could do this,” Perez Williams told syracuse.com in an interview in January. “While I’m very humbled to be asked, I’m going to sit this one out and support the designee.”

With Perez Williams out of the race, a field of three was gradually winnowed down to one, as local officials and other progressive organizations all rallied around Dana Balter, a professor of public policy and a leader of one of the largest local Indivisible chapters. (Indivisible is a syndicate of grassroots chapters that came together after the 2016 election to resist the Trump agenda.) Perez Williams herself got behind Balter, giving $250 at a fundraiser on the Thursday before Easter.

But the DCCC wasn’t finished with Syracuse. “Juanita is a Latina, an accomplished veteran and prosecutor, and has deep roots and support in the Syracuse region, and she has every right to run for Congress,” Meredith Kelly, a spokesperson for the DCCC, told the Intercept.

Just a few days after her donation to Balter, Perez Williams decided to exercise that right. In a last-minute reversal that has local Democrats incensed, Perez Williams, with the help of the DCCC, launched a paid canvassing operation in early April to attempt to collect enough signatures to land on the ballot ahead of Thursday’s deadline. (She told the local press she is running an all-volunteer canvassing operation, but a flyer offering $15 per hour to canvassers tells a different story.)

Perez Williams was not immediately available for comment, but she told syracuse.com that “an elected female official that I look up to” urged her to get in the race, though wouldn’t identify her. (It’s likely not Kirsten Gillibrand, the New York Democratic senator, as she recently gave money to Balter.) She explained that Balter hadn’t raised enough money or gotten enough attention nationally, so she decided to jump in to try and save the party.

That may be how the DCCC sees it, but the move has been met with scorn on the ground. Whenever the national Democratic Party intervenes in a competitive primary, it does so under the rationale that it is smarter for the party to unify behind a single candidate and focus all its firepower on beating the Republican opponent. But in this case, the DCCC has pushed another candidate to get into the race, creating a competitive primary where none existed.

Four Democratic county chairs from the district, all of whom had been in the dark about the DCCC maneuvering, released a unified statement blasting the party for its intervention.

The recent DCCC actions in NY24 are unfortunately just the latest example (see PA-7, TX-7, PA-16 & a half dozen others) of not taking into account the work happening at the grassroots this year. From people engaged for the very first time this year, to party and elected officials we stand united behind our designated nominee Dana Balter and against the DC meddling that has hampered far too many races thus far. We call on DCCC Chairman Ben Ray Lujan (D-NM) and all staff involved to speak to the people doing work on the ground and focus our collective energy and resources, like we have been for over a year, in unseating Trump-Ryan Republicans like John Katko.

Mark English, the Onondaga County Democratic chair, said he had a brief conversation with DCCC operative Tim Persico, during which little was resolved. The local party will continue backing Balter, he said, regardless of what the national party wants.

Ian Phillips, the Cayuga County chair and also one of the signatories, said that he’d been working with a DCCC operative throughout 2017 and was blindsided. When he heard that Perez Williams was getting into the race, he got in touch with the region’s new operative, Persico.

Persico was recently in the press after attempting to nudge two Democrats out of a race in Allentown, Pennsylvania. When Phillips called him last week, Persico surprised him by saying he had just landed in Syracuse. After a testy call, the two agreed to meet for a follow-up exchange on Wednesday morning.

Phillips told The Intercept that he asked Persico why the DCCC hadn’t coordinated its move with anybody on the ground. Persico told him he is managing a lot of different districts and didn’t have time, Phillips recalled. It was an on-the-ground manifestation of the structural flaw in the DCCC’s strategy of intervention that New Yorker Zephyr Teachout had identified in a previous interview with The Intercept.

“Structurally, they’re going to be idiots because there’s no way they can bring in the talent to do it right,” Teachout said. “Their strategy is stupid in the first place and bad for democracy, but then it’s really stupid because they have 26-year-olds sitting around who don’t know anything about the real world deciding which candidates should win.” (She later apologized to 26-year-olds.)

Persico, according to Phillips, claimed that he had told the Balter campaign he was coming to Syracuse. But, when Phillips called the the Balter campaign, they said it was the first time they had heard that a representative of the DCCC was in town — boosting an opponent they didn’t yet know they had.

Phillips said that he had read The Intercept article on DCCC interference in primary elections, but at the time thought that it had overstated its case, and that the party often presumably had good reasons for what it did.

“I’ve always been a defender, even when I read your long piece and Zephyr was quoted, and then my former boss is Dan Maffei, who was quoted in the next paragraph,” said Phillips. (Maffei told The Intercept he was not consulted on the race by the DCCC.)

Phillips explained that despite criticisms laid out in the article from people he respected, he still felt the DCCC was doing what needed to be done: “People who haven’t raised a dime, don’t have any [campaign], they should run for school board or something, and having conversations with people saying, ‘You know, maybe this isn’t the best fit for you,’ I’m like, I agreed with some of that stuff.”

But the DCCC is quickly radicalizing an entire generation of party operatives on the ground. Now, said Phillips, “I just want to burn it down. These guys are terrible. They’re wrecking races all across the country.”

The DCCC still has obstacles to overcome before it can settle into a two-way race between Perez Williams and Katko — not the least of which is Balter, who very well may have the on-the-ground energy needed to beat Perez Williams in the primary.

Before that, though, Perez Williams needs to secure enough signatures to get on the ballot. That may sound easy, but doing it quickly with paid canvassers rather than volunteers can be difficult. Paid canvassers are notorious in the election industry for stuffing pages full of fake signatures and walking away with a paycheck. The DCCC, using money harvested from the inboxes of progressives around the country, has hired New York Gov. Andrew Cuomo’s consulting firm, Dunton Consulting, to collect the needed names. 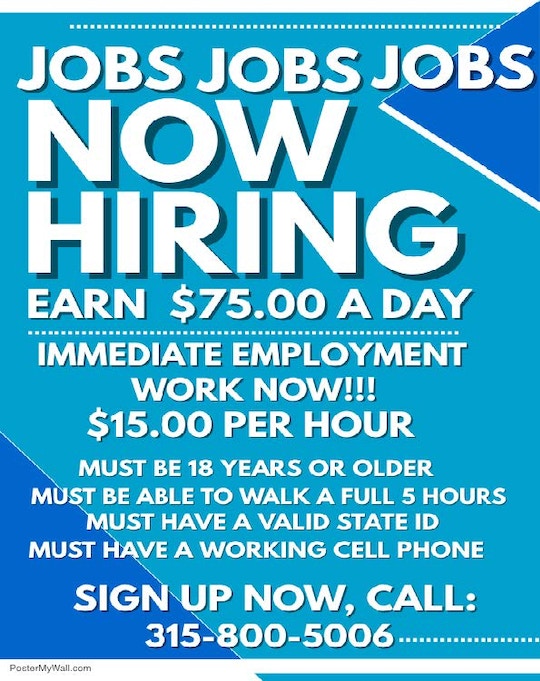 A call to this number revealed that the canvass is being done on behalf of Perez Williams. It is run by Dunton Consulting, which did not respond to a request for comment.

But as Christina Hartman found out in Pennsylvania, much can still go wrong. Hartman was the party-backed candidate in a Pennsylvania district, before dropping out and moving one seat west for a more favorable general electorate. She needed roughly 1,000 signatures to get on the ballot, but in the compressed window, she wasn’t able to pull it off and was forced to drop out.

Perez Williams also needs 1,250 names, but that might be a challenge. Under New York law, if a voter had previously signed another candidate’s ballot, they can’t sign a new one. And not just anyone can gather signatures: If a petition gatherer hasn’t been a registered Democrat for a year before asking for signatures, their sheets can be tossed out. (By Thursday evening, she had turned in more than 3,200 petitions, but they will likely be challenged and whether enough will be legitimate remains to be seen.)

If Perez Williams does get on the ballot and manages to win the primary, she then has the problem of potentially competing against Balter in the general election. New York allows a single candidate to be on multiple lines on the ballot, and Balter is on track to get the nomination of the Working Families Party. So, if she lost the Democratic nomination, she could still appear on the general election ballot, splitting the progressive vote. Due to New York’s arcane election laws, it would be complicated to get her off the ballot and replace her with Perez Williams, even if she and the party agreed to it. (She would have to be nominated to a different electoral office, which would open up a new “declination” window, during which she could withdraw from the WFP ballot.)

Perez Williams said that her last-minute move against Balter, who had volunteered extensively for her mayoral bid, wasn’t personal. It was about fundraising and national endorsements. “I think she is just brilliant and a superb person,” she told syracuse.com.“But at the end of the day, the race was not getting attention at the national level. We need the national endorsements and the funding — and that should be happening now.”

This story was updated to include Perez Williams’ petition count.