Democrat Claimed Independent Status in Election Filings, but Records Show He Was a Republican

The Democratic Congressional Campaign Committee is so fired up about finding veterans to run as Democrats that it’s supporting former Republicans. 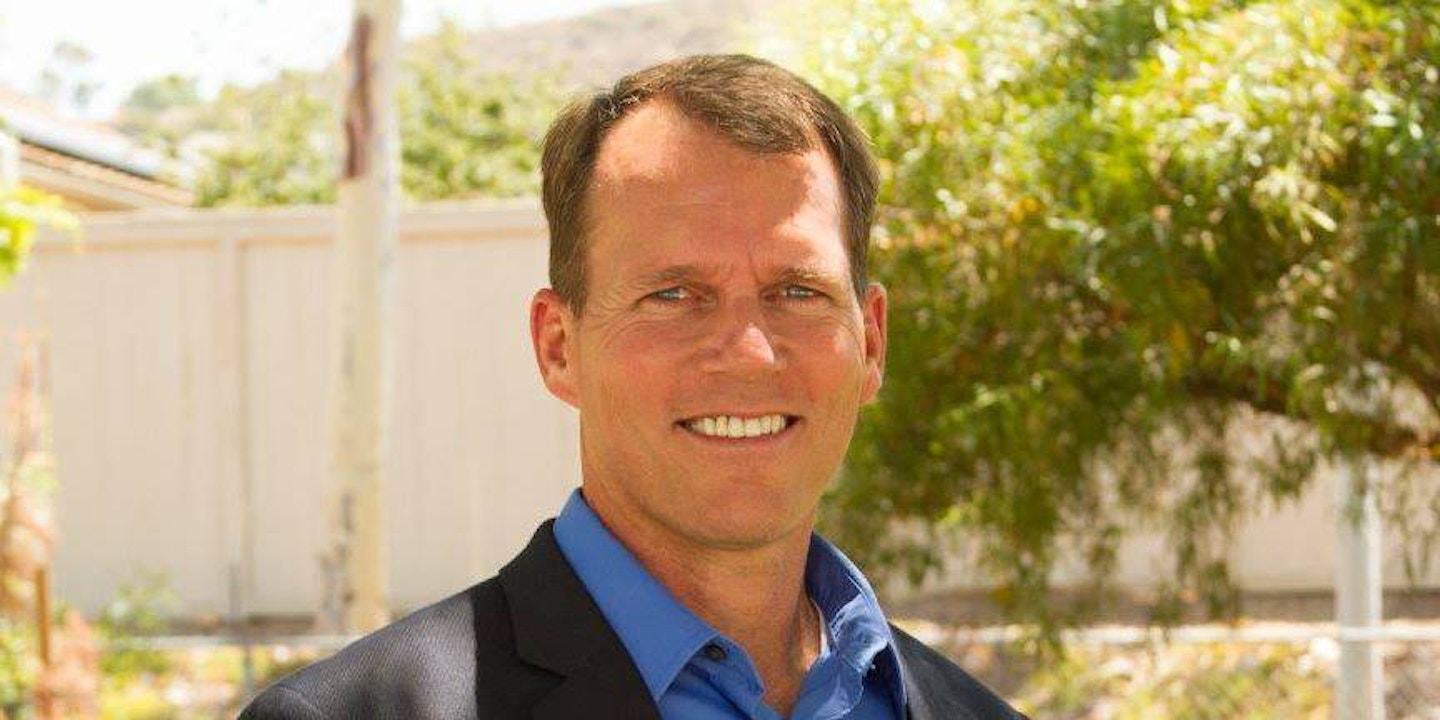 Josh Butner, a Democrat running to take on Republican Duncan Hunter for a San Diego congressional seat, certified to the California Secretary of State in his election filings that he has been an independent — known there as “no party preference” — since 2008. His filing shows he registered as a Democrat in 2016, four months before he announced his bid for Congress.

But state voting records obtained by The Intercept from the Registrar of Voters contradict those filings, showing that he was a registered Republican at least through the 2010 election. Butner did not vote in any elections, either primary or general, between 2010 and 2016, when he ran for the school board. But the records show that at some point between 2010 and 2012, he switched his voter registration status from Republican to “no party preference.”

Butner did not respond to multiple requests for comment. 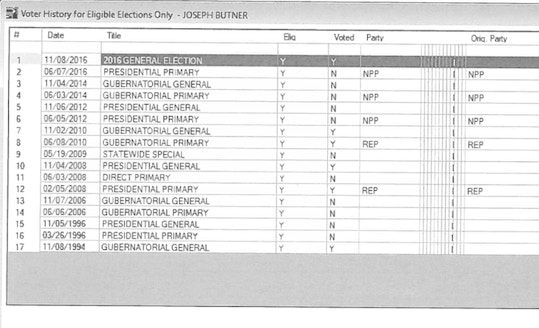 The records go back to 1994, showing that Butner, a former Navy SEAL, voted in the gubernatorial election that year, but didn’t vote again until the 2008 presidential campaign, when he voted in the Republican primary and then in the general.

Under California law, he must have been registered as a Republican to do so in 2008. (Hunter, the Republican incumbent, was elected to office that year after running against another former Navy SEAL, Democrat Michael Lumpkin.) Pulled from the Wayback Machine, the Secretary of State’s FAQ for the 2008 primary.

In 2010, the Republican and Democratic parties in California both allowed non-party members to vote in their respective primaries, meaning that a voter could choose which to participate in. Butner chose to vote in the GOP contest that year, which saw a tea party wave sweep Democrats from power in Congress.

There is no record of his ever having voted in a Democratic primary, and no record of his participation in the 2012 cycle — the year Obama was up for re-election — or the 2014 election cycle, when Democrats lost the Senate and failed to win back the House.

Butner ran in 2016 to be a trustee of the Jamul-Dulzura Union School District and broke his non-voting streak that year. According to the records his campaign filed with the Secretary of State, he registered in December of that year as a Democrat.

Butner was recruited to run in California’s 50th Congressional District by the Democratic leaders, yet his progressive opponent, Ammar Campa-Najjar, has won the endorsement of the state Democratic Party and the bulk of the activist groups in the district.

Elsewhere around the country, the Democrat leadership’s zeal for veterans to run for office has led them to back other former Republicans. In Texas’s 21st Congressional District, Joseph Kopser was previously registered as a Republican, having grown up in a conservative family. In Virginia’s 2nd Congressional District, the party’s chosen candidate, Elaine Luria, voted for her own Republican opponent not once, but twice. Gil Cisneros, a candidate in California’s 39th District, is a Navy veteran and former Republican who had registered as a Democrat in 2015, after three years as an independent. He was named on Wednesday to the DCCC’s Red-to-Blue program, tantamount to an endorsement. Butner came under fire earlier in the campaign for insisted that military service should be a prerequisite for a run for Congress.

The shifting party loyalties are a mirror image, in some ways, of the debate over the party status of independent Bernie Sanders, who became a Democrat to run in the party’s 2016 presidential primary, and subsequently switching back to independent status after losing the nomination. He has been heavily criticized by Democratic partisans for refusing to wear the party label, but argues that he is able to to bring more people into the broad Democratic fold by appealing to voters disaffected by partisan politics. That may or may not be right, but at least it’s a rationale — and Sanders has never hidden his lack of affiliation.

Butner has said that “local Democrats” recruited him to run for Congress, and his candidacy has been flogged by the Democratic Congressional Campaign Committee. Though the party committee has not explicitly endorsed him, the DCCC’s chair, New Mexico Rep. Ben Ray Luján, gave Butner a $1,000 campaign contribution as early as June 2017 through his Turquoise PAC. Butner also cashed early checks from the New Democrat Coalition PAC and Serve America PAC.

New Democrat does not refer to candidates who are new to the Democratic Party, as Butner is, but is rather a coalition of Democrats with close ties to Wall Street. The Serve America PAC is run by Rep. Seth Moulton, a Massachusetts Democrat and veteran with national political ambitions. His PAC gave more than $1 million in the first quarter of 2018 to Democratic veterans, many running on business-friendly platforms, including a total of more than $80,000 to Butner, according to filings with the Federal Election Commission.

Butner’s opponent, Campa-Najjar, is running to Butner’s left and has the backing of Justice Democrats, the California Labor Federation, National Nurses United, and the Working Families Party. He had a moment in the national sun when a BuzzFeed article on his good looks went viral. He later had a moment in the Israeli press spotlight when it emerged that his Palestinian grandfather was a terrorist who was involved in a massacre of Israeli athletes during the 1972 Olympics, long before Campa-Najjar was born. Local rabbis quickly sprang to the candidate’s defense, and he has the endorsement of the moderate pro-Israel group, J Street. The California Democratic Party’s endorsement came after that news had broken. Campa-Najjar has out-raised every candidate in the race, bringing in $725,000 by the end of March, according to FEC filings. He is trailed by Hunter, with $671,000, and Butner, with $599,000.

The primary election will be held on June 5.

Top photo: A portrait of Josh Butner from his campaign.