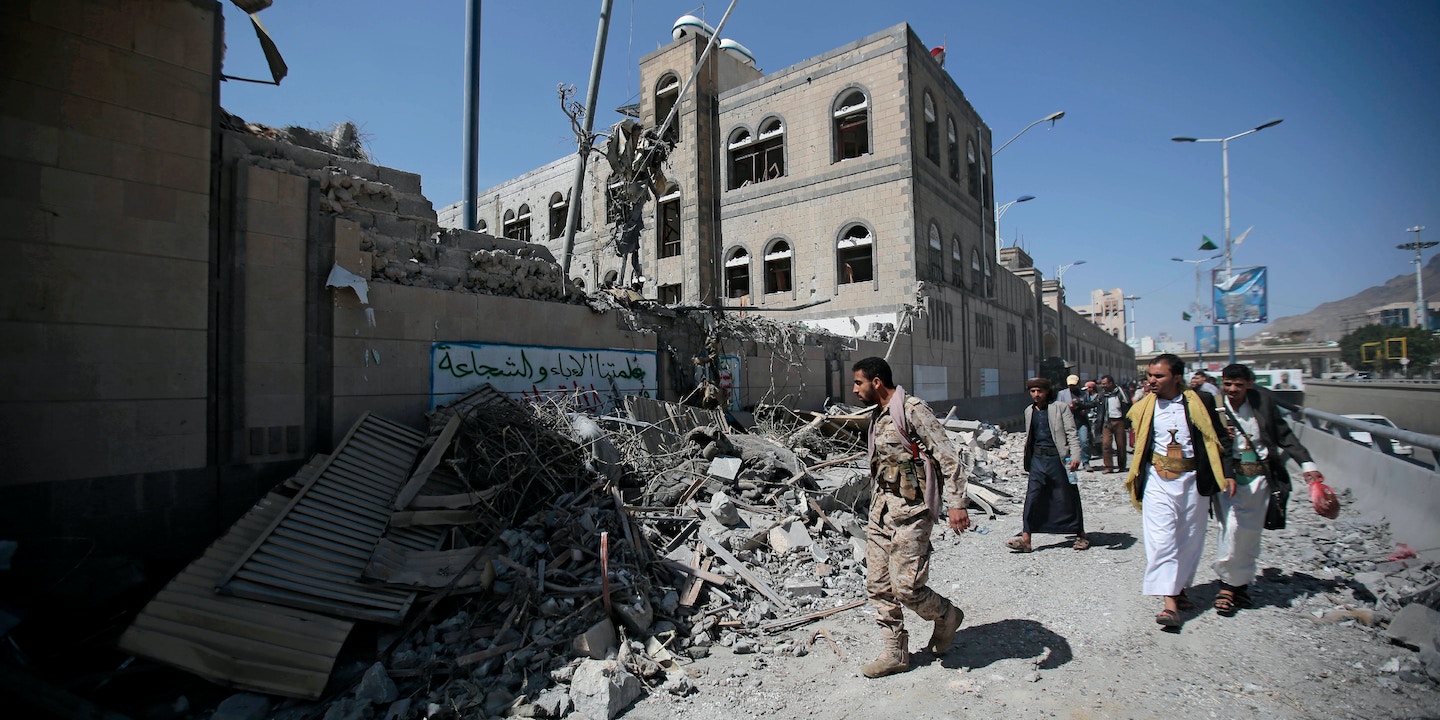 Last month, warplanes belonging to the Saudi-led coalition fighting in Yemen repeatedly bombed a wedding party in the northern part of the country, killing more than 20 people, including the bride, and injuring dozens of others. In the days that followed, local media published a photograph of a bomb fragment with a serial number tying it to the U.S.-based weapons manufacturer Raytheon.

Now the State Department is taking preliminary steps toward a massive, multibillion-dollar sale of similar weapons to Saudi Arabia and the United Arab Emirates, three congressional aides, a State Department official, and two other people familiar with the sales told The Intercept.

The State Department has yet to announce the exact details and dollar value of the package, but it is said to include tens of thousands of precision-guided munitions from Raytheon, the same company that was involved in producing the weapons used in last month’s strike.

Reuters reported in November that Saudi Arabia had agreed to buy $7 billion in precision-guided weapons from U.S.-based companies Raytheon and Boeing. Raytheon was “courting lawmakers and the State Department to allow it to sell 60,000 precision-guided munitions to both Saudi Arabia and the United Arab Emirates,” according to the New York Times.

The State Department has briefed staff on the House and Senate Foreign Relations committees about the sale, but has yet to release details of the package to members of the committees, according to three aides who were not authorized to speak on the record. Once the chair and ranking member of the committees give the nod, the State Department can formally notify Congress about the sale, which could happen as early as next week.

Under the Arms Export Control Act, the State Department reviews potential arms sales to make sure they align with U.S. foreign policy goals and decides whether to issue export licenses. It then notifies Congress about sufficiently large sales, giving Congress a 30-day window to review and potentially block them.

The sale in question is a direct commercial transaction between Raytheon and the Gulf countries, which does not require the government to publicly announce the sale at the time of congressional notification. That means it will be up to senators to decide how many of the details to make public.

The sale is likely to face stiff opposition in the Senate, where members have grown increasingly frustrated with the U.S. role in the devastating conflict in Yemen. Last June, the Senate almost rejected a similar sale of precision-guided weapons, but ultimately approved it by a narrow margin.

Since March 2015, Saudi Arabia and the UAE have led a military intervention in Yemen aimed at restoring the former Saudi-backed president, Abdu Rabbu Mansour Hadi. Hadi was deposed after an Iran-linked rebel group commonly known as the Houthis overran the capital in 2014.

Rights groups have documented violations by all sides, but critics have singled out the Saudi blockade as the largest driving force behind the humanitarian crisis. The coalition’s blockade has left 18 million people – roughly two-thirds of the country’s population – in need of humanitarian assistance. The crisis has been exacerbated by coalition airstrikes, which have targeted food sources, water infrastructure, markets, and even schools and hospitals.

The munitions in the forthcoming sale are precisely the kind that rights groups have documented in these bombings. The U.S. has been a silent partner to the intervention since the beginning, refueling planes, providing weapons, and targeting intelligence.

Kristine Beckerle, a Yemen researcher for Human Rights Watch, said that her organization has documented a number of strikes in which coalition planes used U.S.-produced, precision-guided munitions to strike civilian targets.

“The Trump administration has consistently prioritized selling Saudi Arabia weapons over calling the coalition out for war crimes, despite U.S. arms being used repeatedly in unlawful attacks — including the type of weapon at issue in this sale,” said Beckerle. “Congress should see this as a chance to finally make clear that some members of the U.S. government are no longer willing to reward Saudi abuses with more arms, nor risk U.S. complicity, as the coalition continues to bomb weddings and homes to kill and maim Yemeni civilians.” 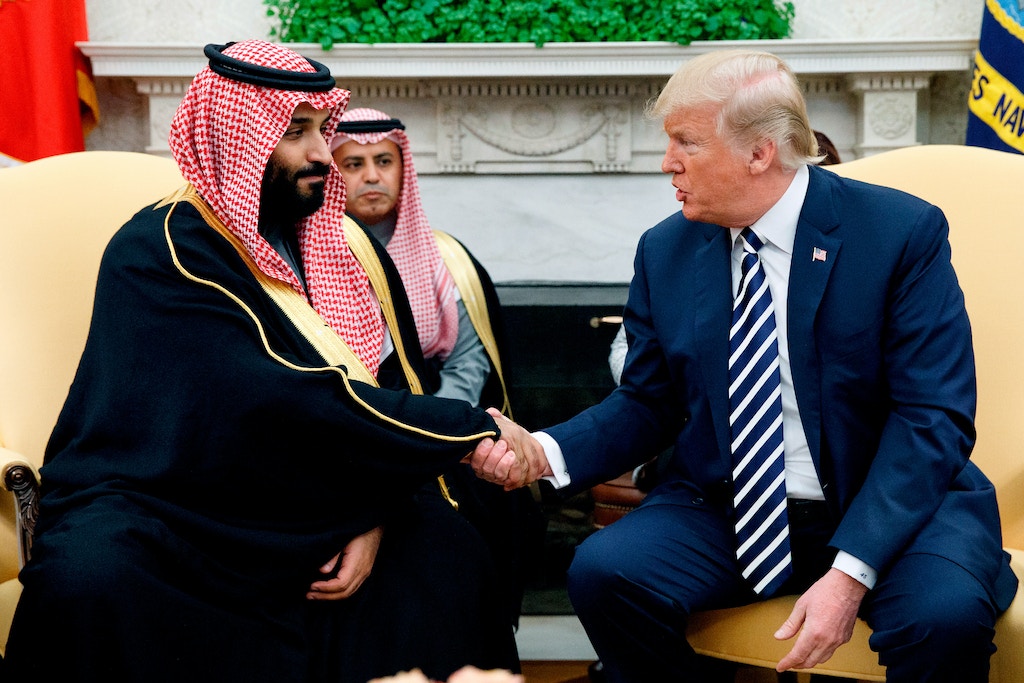 President Donald Trump shakes hands with Saudi Crown Prince Mohammed bin Salman in the Oval Office of the White House on March 20, 2018. The Trump administration is signing off on selling more than $1.3 billion in artillery to Saudi Arabia.

A spokesperson for the coalition told Reuters that it would investigate reports of civilian deaths in the wedding bombing, but human rights advocates have routinely criticized the standards of such investigations.

The coalition has used these weapons against civilians so many times that in December 2016, a month before Trump was inaugurated, Barack Obama held up a sale of precision-guided weapons over “systemic, endemic” problems with their targeting. That sale went forward after Trump was inaugurated.

Top photo: Yemenis inspect the damage after deadly airstrikes in and near the presidential compound, in Sanaa, Yemen on May 7, 2018. Airstrikes by the Saudi-led coalition fighting Yemen’s Shiite rebels targeted the presidency building in the heart of the Yemeni capital, leaving at least six people dead and some 30 wounded, according to health officials.