A petition signed by 300 public figures in France, including a former president and prime minister, demands the deletion of verses in the Quran. 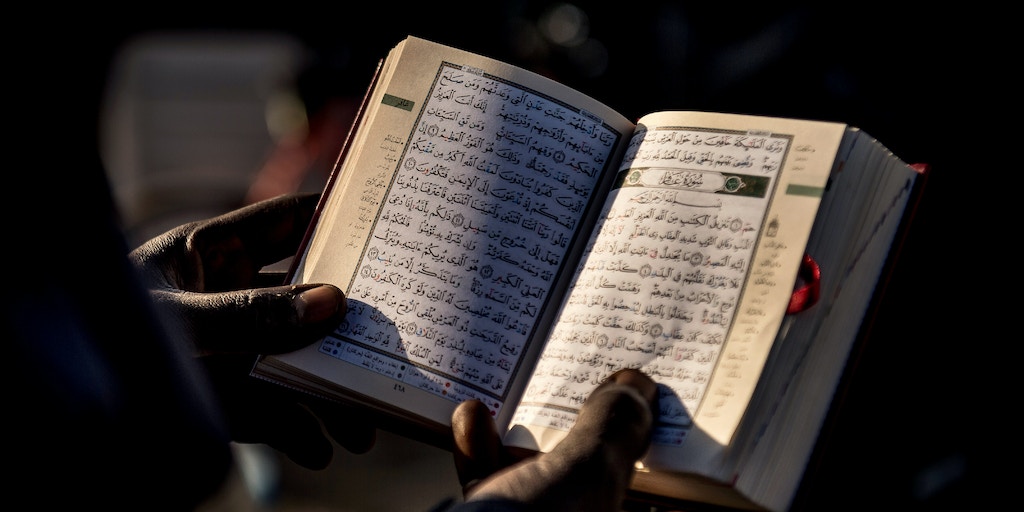 You think life is bad for Muslims in Trump’s America? Spare a thought for the Muslims of France.

Over the past few years, they have been collectively blamed, and punished, for a series of horrific terror attacks carried out in France by so-called jihadists. The latest, a knife attack in Paris by a man shouting “Allahu akbar,” killed one person and injured four others last weekend.

While anti-Muslim bigotry has become a hallmark of the Republican right in America, in France it is a truly bipartisan affair. Islamophobia is peddled by the left and right alike, with both socialists and conservatives falling over one another to defend French secularism, or laïcité, by demonizing French Muslims.

Consider: Successive French governments have criminalized the face veil and banned the headscarf in schools. French mayors have targeted Muslim women who want to cover up at the beach and Muslim school kids who try to have a pork-free lunch. The French president — and new liberal heartthrob — Emmanuel Macron has introduced draconian counterterror legislation that United Nations human rights experts have warned could have a discriminatory impact on Muslims in particular.

And the latest big idea? To go after the Quran. On April 21, the newspaper Le Parisien published a manifesto “against the new anti-Semitism,” signed by 300 public figures — ranging from former President Nicolas Sarkozy and former Prime Minister Manuel Valls, to actor Gérard Depardieu and singer Charles Aznavour. According to The Atlantic, the manifesto states that “11 Jews have been assassinated — and some tortured — by radical Islamists” in France, and demands that “the verses of the Quran calling for murder and punishment of Jews, Christians, and nonbelievers be struck to obsolescence by religious authorities,” so that “no believer can refer to a sacred text to commit a crime.”

Such rhetoric is a reflection both of Gallic bigotry and sheer stupidity, a toxic combination of ignorance and privilege.

First, where are these Muslim “religious authorities” who would be willing to do to the Quran what Thomas Jefferson did to the Bible? Establishment-friendly French imams, such as Dalil Boubakeur, rector of the Grand Mosque of Paris, and Tareq Oubrou, imam of Bordeaux’s Grand Mosque, have denounced the manifesto as “unbelievable and unfair” and “nearly blasphemous.” And were such mainstream figures to even agree to edit the Quran — believed by Muslims to be the literal word of God! — does anyone really believe that the fanatics of the Islamic State or Al Qaeda would give a damn?

Second, violent extremism isn’t a product of scripture. Contrary to conventional wisdom, and as I have argued in the past while citing a raft of studies and experts, religious faith “isn’t a crucial factor” in terror attacks — or in the process of so-called radicalization. Why, then, obsess over Quranic verses? As the French journalist Didier Francois, who was held hostage by ISIS in Syria, told CNN in 2015: “There was never really discussion about texts or — it was not a religious discussion. It was a political discussion. … Because it has nothing to do with the Quran.” Or, as his fellow former French hostage, Nicolas Henin, has said, “I noticed that these jihadists have little to do with … Arab or Muslim culture — they are children of our societies. … They are products of our culture, our world.”

Who do you take more seriously? Two former ISIS hostages? Or the guy from “Green Card“?

Third, how can the manifesto signatories be so sure that it is French Muslims who are behind the rise of this “new anti-Semitism”? As a 2016 study of anti-Semitic hate crimes in France by Human Rights First noted, “Perpetrators of most antisemitic violence are perceived to be of ‘Muslim culture or origin’ … although there is no data to substantiate this conclusion—in part because of the prohibition in France on collecting ‘ethnic’ statistics.” Yet in next-door Germany, where such statistics are collected by the police, nine out of 10 anti-Semitic hate crimes in 2017 were carried out not by radicalized Muslims, but by “members of far-right or neo-Nazi groups.”

Fourth, what evidence is there that the Quran itself is anti-Semitic? Or that Islam has a particular problem with Jews? Critics often point to verses of the Muslim holy book that express hostility towards Jews, while ignoring the specific historical and theological context for such verses, and also ignoring those many other Quranic verses which heap praise on Jewish people.

As the Princeton University historian Mark Cohen, an expert on Jewish-Muslim relations, points out: “Islam contains a nucleus of pluralism that gave the Jews in Muslim lands greater security than Jews had in Christian Europe,” and therefore, “Jews in the Islamic orbit were spared the damaging stigma of ‘otherness’ and anti-Semitism suffered by Jews in Europe.” Modern-day Muslim and Arab anti-Semitism is a consequence of colonialism, conflicting nationalisms, and the clash with Zionism, argues Cohen, and is neither “indigenous” to the Middle East, nor “inherent” in Islam.

Fifth, why single out Islamic scripture in this way? Why not Jewish or Christian scripture, too? Are we supposed to pretend that the Old Testament of the Bible doesn’t contain scores of verses that incite violence and hatred against nonbelievers? Or, that those verses haven’t been used to justify heinous crimes in recent years? Against Palestinians, Iraqis, Ugandans, Norwegian kids, and American abortion clinics, among others?

To avoid the charge of hypocrisy, therefore, will the signatories to this manifesto, who include France’s chief rabbi Haim Korsia, also call for verses of the Bible to be “struck to obsolescence by religious authorities”?

Sixth, whatever happened to the “liberté” part of “liberté, égalité, fraternité“? How is the insistence on removing verses from the Quran compatible with religious freedom (a crucial, if less discussed, part of the French secular tradition)? How is it compatible with freedom of speech or expression? Whatever happened to the land of “Je Suis Charlie“? Well, guess what? The manifesto was drafted by, of all people, Philippe Val, the former managing editor of Charlie Hebdo. Irony, it seems, may have died a quiet death in France.

“The manifesto is a farce written by imposters,” Yasser Louati, a French civil liberties campaigner, tells me. He argues that if the signatories were serious about addressing rising anti-Jewish bigotry in their country, they would have also stood “against traditional French anti-Semitism.”

He has a point. France has a long and shameful history of anti-Semitism, from the Dreyfus Affair in the late 19th century, to the collaborationist Vichy government’s complicity in the Holocaust. According to a recent survey of French public opinion, reported Karina Piser in The Atlantic, “35 percent of French people believe Jews ‘have a particular rapport with money;’ 40 percent think that ‘for French Jews, Israel counts more than France;’ and 22 percent think that ‘Jews have too much power.’”

Nevertheless, 300 French public figures want to only highlight the issue of “Muslim anti-Semitism” in order to only denounce the message of the Quran. Muslims, after all, make for useful scapegoats.

Correction: May 16, 2018, 11 a.m.
An earlier version of this story misspelled Philippe Val’s first name. It has been updated.