The rule would discourage Title X providers from counseling patients about abortion and bar them from referring patients to an abortion provider. 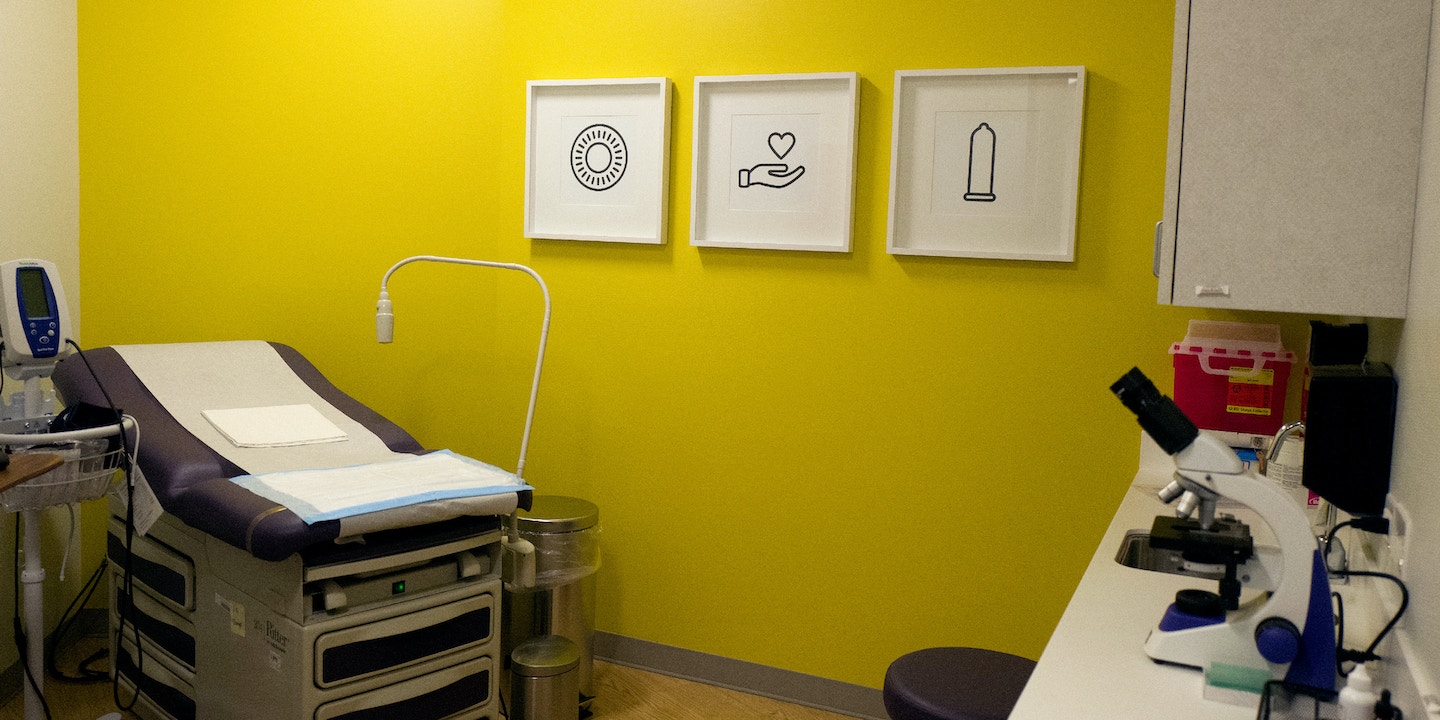 The Trump administration launched its latest attack on women’s rights this week, introducing a so-called domestic gag rule for providers that receive Title X family planning funding. The rule would encourage providers to withhold potentially life-saving medical information from their patients and bar them from referring patients to an abortion provider. It also seeks to cut the single largest provider of Title X services, Planned Parenthood, from participating in the program altogether.

“This is one of the largest-scale and most dangerous attacks we’ve seen on women’s rights and reproductive health care in this country,” Dawn Laguens, executive vice president of Planned Parenthood Federation of America, said in a statement. “This policy is straight out of ‘The Handmaid’s Tale’ — yet it’s taking effect in America in 2018.”

For years, conservative foes of legal abortion have been determined to bar Planned Parenthood from receiving any federal funding based on the fact that some of its clinics provide abortion care. So far, they’ve had little success. Courts have blocked attempts to cut the group off from reimbursement for care provided to Medicaid patients, and the rules that govern Title X funds — the only pot of federal money dedicated to family planning services — have long allowed participation by all qualified providers. No Title X money funds abortion services; no federal funds support abortion except in exceedingly rare circumstances.

Under the new rule, released by the Department of Health and Human Services on Tuesday, providers of Title X services would be barred from referring their patients to an abortion provider and discouraged from counseling their patients about abortion at all — even where continuing a pregnancy could pose serious health risks to the woman. The rule would also require physical separation of Title X clinics from clinics that provide abortion services — a direct swipe at Planned Parenthood. Roughly half of the group’s health clinics are co-located with abortion service clinics.

According to Planned Parenthood, the rule would also take steps to dismantle the power of Title X in general, by softening the directive that grantees provide every “effective and acceptable method” of birth control — think long-acting reversible contraceptives like IUDs. The rule also eliminates the requirement that available contraceptive methods be “medically approved,” a nod to the administration’s desire to encourage wildly ineffective natural family planning.

“This is the worst attack on women’s health and rights we’ve seen from the Trump-Pence administration,” Laguens said. “No woman should be denied basic information about her health care — including safe and legal abortion.”

The new rule closely hews to one put into place in 1988 by the Reagan administration. Under that rule, Title X providers were forbidden from discussing abortion care with patients and instead were required to provide information about prenatal care and access to social services, which critics noted could be both cruel and coercive. The rule also required all Title X providers to be physically and financially separate from abortion providers, including in staffing.

The National Family Planning and Reproductive Health Association sued to block that rule’s implementation. Three years later, in the landmark Supreme Court case Rust v. Sullivan, the court split 5-4, ruling that the government could impose the restrictions. Congress balked and legal wrangling continued, so it wasn’t until late 1992, under George H.W. Bush, that the rule took effect. That lasted just a month before another NFPRHA legal challenge blocked it anew. Finally, in 1993, the Clinton administration rescinded the rule altogether, putting in place requirements that have guided Title X since then — including that finances for Title X care and abortion care be kept separate and that patients be given nondirective counseling on reproductive health options.

Predictably, news that the Trump administration would be reintroducing the gag rule was well received by the staunchest foes of women’s reproductive rights. “The Reagan rule reinstated by the current administration finally creates a bright line of separation between abortion and family planning,” New Jersey GOP Rep. Chris Smith, co-chair of the Congressional Pro-Life Caucus, said in a crowing statement. “Abortion is not family planning — in sharp contrast, the violence of abortion wounds families.”

Meanwhile, medical organizations have responded with strong opposition to the proposal. “The long-term health consequences of decimating the nation’s family planning program would be dire,” Clare Coleman, president and CEO of the NFPRHA, said in a statement. “We would see a dramatic reduction of critical health services, resulting in an increased rate of unintended pregnancies and STDs. The public health community implores the Trump administration to stop its unrelenting assault on birth control and preventive care.”

Coleman’s statements are not hyperbolic — and one need look no further than Texas for proof that cutting Planned Parenthood out of family planning programs has real and lasting consequences. Although Planned Parenthood is currently a Title X provider in the state, starting in 2005, Texas lawmakers undertook a series of steps to undermine the group’s ability to provide care. It largely worked: Within a year, the number of clients served by the Title X program plummeted from nearly 250,000 per year to just over 75,000.

And after Texas successfully banished Planned Parenthood from participation in another state women’s health program, access to services also took a nose dive — a decline from which the program has yet to recover. From 2011 through 2016, the number of women able to access birth control dropped 41 percent, according to the Center for Public Policy Priorities in Austin. And research from the Texas Policy Evaluation Project found that after eliminating Planned Parenthood from the state program, the number of women receiving injectable contraceptives declined by 31 percent — and the number of Medicaid-paid pregnancies subsequently increased 27 percent among this group.

But it’s not only Planned Parenthood that will be directly impacted by the proposed rule, should it survive public comment and become final — and then withstand the legal challenges sure to follow. Every single provider within the delicate Title X network would be constrained by the same restrictions keeping medical professionals from being open, honest, and nondirective with their patients. The rules are particularly hard on clients of color, who have long endured inequality in health care. Nearly two-thirds of Title X patients have incomes at or below the federal poverty level, and 43 percent are uninsured, according to a letter to HHS signed by 110 organizations that oppose the proposed rule. Twenty-one percent of Title X clients are black and 32 percent identify as Hispanic or Latino. “These changes would further entrench inequity in our nation’s health care system, which too often denies high-quality care and information to people with low incomes and people of color,” reads the letter. “Putting more obstacles in the way of these patients’ access to essential reproductive health care and information would only worsen the existing problem.”

As often happens with politically motivated rule-making, the work product here is vague, overbroad, and written in a way that creates uncertainty about exactly who would be impacted and how — and that too raises concerns among advocates for women’s health. It is unclear, for example, whether hospital groups that provide abortion care as well as Title X services would be ousted, or whether standalone Planned Parenthood clinics that do not provide abortion and often operate in medically underserved areas would still be able to participate in the program. It also appears that women who are not Title X clients but receive family planning services at participating clinics would also be subject to the gag rule — meaning the impact could reach far beyond the four corners of the program to include millions of women who may have absolutely no idea that they are not receiving the full range of medical options even in potentially life-threatening situations, such as the development of cancer or some other disease during pregnancy.

Trump — a serial philanderer who has been repeatedly accused of sexual assault — doesn’t appear to care what happens to women. In fact, it seems he has, at best, only a tenuous grasp on reproductive health issues: Bill Gates recently recalled that Trump twice asked him if there was a difference between HIV and HPV. (“I was able to explain that those things are rarely confused with each other,” Gates said during a recent meeting at his charitable foundation.) Yet the zeal with which his administration has embraced a rollback of women’s health care rights has many deeply concerned. The administration has supported eliminating the Affordable Care Act, which created gender parity in health care, has reinvigorated abstinence-only education, supports elimination of the successful Teen Pregnancy Prevention Program, and wants employers to be able to decide what kind of birth control their employees can access.

“The proposed rule … would decimate the Title X program as we know it,” said Jamila Taylor, senior fellow at the Center for American Progress. “It’s unconscionable, yet not surprising, that this administration would deny women the ability to make informed choices about their health and family.”

Top photo: One of six exam rooms in the Planned Parenthood headquarters in Northeast Washington, D.C., on Sept. 27, 2016.