The number of families ripped apart over a recent two-week period was the same as the total for the preceding seven months. The Trump administration’s intensifying border crackdown has seen as many as 2,000 cases involving children separated from their parents, according to an estimate by a lead attorney litigating a high-profile class-action lawsuit challenging the practice. Hundreds of new incidents of children being separated from their parents have emerged in the last month alone. “I think it’s between 1,500 and 2,000,” Lee Gelernt, a veteran attorney with American Civil Liberties Union, told The Intercept on Thursday, referring to the ballooning total of separation cases. Gelernt based the figure on recent testimony from U.S. officials and government disclosures, arguing that the total reflects the emerging scale of a practice that will have lasting impacts on a generation of kids who happened to arrive in the U.S. at this particular moment.

The ACLU’s suit against family separation in the cases of asylum seekers was filed in March, with affidavits putting the number of children separated from their parents between 400 and 500, Gelernt explained. In late April, the New York Times published a front-page story, based on data provided by the Office of Refugee Resettlement, a component of the Department of Health and Human Services, reporting that “more than 700 children have been taken from adults claiming to be their parents since October, including more than 100 children under the age of 4.” In a May 4 hearing on the ACLU’s suit, U.S. Attorney Sarah Fabian said she “wouldn’t strongly dispute” that 700 was an approximate number, transcripts show.

Three days later, on May 7, Attorney General Jeff Sessions announced the Trump administration would be taking a “zero tolerance” approach to the border, aiming to prosecute 100 percent of those individuals caught crossing the border illegally and separating them from their children in the process. On May 23, Richard Hudson, Deputy Chief of the Operations Program for Customs and Border Protection, appeared before the Subcommittee on Border Security and Immigration, where he was asked about the number of children separated from their parents since Sessions’ directive went into effect. Hudson testified that in the two weeks following Sessions’ directive, “658 children with 638 adults” were placed “in the prosecution process.” Building on the 700 cases previously reported by the New York Times, the revelation brought the total number of children known to have been impacted by the practice so far, as acknowledged by the U.S. government, to 1,358.

Hudson’s testimony also revealed the number of children separated from their parents in the two weeks following Sessions’ order rivaled the total from the preceding seven months combined. Hudson added that, in his agency’s assessment, separations could continue at those mid-May levels into the future.

“I think we’re closing in on 2,000 probably very soon, if not already,” Gelernt said. “They were already prosecuting families before the Sessions announcement, but now he formalized it and stepped it up so that there’s just so many people who are losing their children.”

When asked if the Department of Health and Human Services disputed the figures, Victoria A. Palmer, a public affairs specialist sent The Intercept a description of her agency’s legal mandate, but provided no answer. U.S. Customs and Border Protection did not respond to a request for clarification as to whether the 658 children described in Hudson’s testimony have indeed been turned over to HHS.

“Family separation is not only a cruel and barbaric practice meant to deter asylum-seekers from exercising their legal right to seek protection in the United States, but it is also an abrogation of our responsibilities under international law.”

A senior Department of Homeland Security immigration official, speaking to The Intercept on condition of anonymity because they are not authorized to speak to the press, said that the rising total of family separations sounded accurate. “It is definitely possible,” they said. “We are seeing it every day here now.”

The official added, “Family separation is not only a cruel and barbaric practice meant to deter asylum-seekers from exercising their legal right to seek protection in the United States, but it is also an abrogation of our responsibilities under international law.” Noting that the U.S. has signed on to the Hague Convention on Parental Responsibility and Protection of Children, which expressly stipulates that “the best interests of the child should be paramount in any consideration of policy or law affecting children or families,” the official said, “In no way can anyone argue that tearing a screaming child from the arms of their parent is in that child’s best interests.” 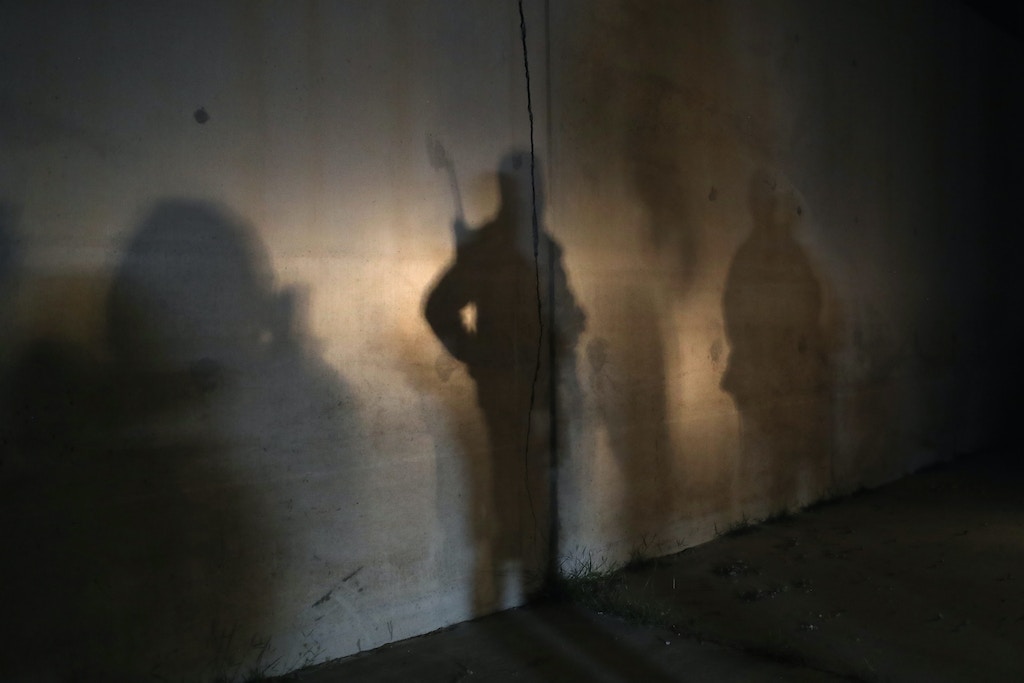 Shadows of U.S. Border Patrol agents as they stand near captured undocumented immigrants on Feb. 22, 2018, near McAllen, Texas.

In the weeks since family separations on the border became a national news story, a torrent of wrenching accounts have described babies, toddlers, and other small children torn from their mothers and fathers, who are left with no information as to where their children are or when they will be reunited. The U.N. human rights office called the practice a violation of international law, and the American Academy of Pediatrics has denounced it as an act of “sweeping cruelty.” In a March letter to DHS Secretary Kirstjen Nielsen, Colleen Kraft, president of the APA, which represents 66,000 providers of pediatric care nationwide, wrote, “Children are not just little adults. Children have unique needs including medical, developmental, dietary, and other physical needs and, as such, our immigration system must recognize this reality. Children may not even know why they are brought to the U.S. if their parent understandably chose to protect them from dangerous circumstances that forced them to flee their home country.”

“As children develop, their brains change in response to environments and circumstances,” Kraft went on to write. “Fear and stress, particularly prolonged exposure to serious stress without the buffering protection afforded by stable, responsive relationships — known as toxic stress — can harm the developing brain and harm short- and long-term health.”

Top administration officials have argued that children are separated all the time in the criminal justice system and that it’s no different if migrant parents convicted of breaking the law in coming to the U.S. have their kids taken from them. The officials have also said that if asylum-seekers present themselves at lawful ports of entry, they will not have their children taken from them. Gelernt said both arguments ring hollow. In the first instance, he said, it is evident in the ACLU’s case that parents have passed through criminal proceedings, been moved into the immigration system, and still not had their children returned to them. That was what happened with one of the named plaintiffs’ in the organization’s suit, he said.

“They say, ‘Oh, well, you’ll lose your kid if you go to jail, like everyone else who goes to jail.’ But everyone else gets their kid back.”

Gelernt explained that Ms. C, as she is identified in court documents, is a Brazilian mother who crossed the U.S. border between ports of entry with her 14-year-old son and flagged down a U.S. immigration agent in hopes of seeking asylum. While in the past, she would have likely been turned over to DHS and funneled into the immigration system to begin that process, Gelernt said, Ms. C. was arrested, charged, prosecuted, and sentenced to jail — a sentence that she served. Then, the ACLU lawyer said, she was moved to an Immigration and Customs Enforcement detention center, where she remained for six months until she passed her so-called credible fear screening. She was subsequently moved to a nonprofit shelter in Texas, and six more weeks passed. Throughout that entire period, she did not know when she would see her son again. It wasn’t until this week that the two were reunited.

“They say, ‘Oh, well, you’ll lose your kid if you go to jail, like everyone else who goes to jail.’ But everyone else gets their kid back,” Gelernt said. “She got out in September but didn’t get her kid back until June.” As for the Trump administration’s second argument, Gelernt said, the ACLU’s second named client, a Congolese mother identified as Ms. L, who came to the U.S. seeking asylum with her 6-year-old daughter, did exactly what the government has prescribed — presenting herself at a lawful port of entry — and was still separated from her child. These are not isolated incidents, Gelernt argued. “Secretary Nielsen and the attorney general are saying, ‘If you don’t want to lose your kid , go to a port of entry,’” he said. “As we said in the lawsuit, there’s plenty of people who are losing their kids who go to a port of entry. So it’s just not true.”

On Wednesday, a federal judge ruled that the ACLU’s case may go forward. For Gelernt, who has argued landmark immigration cases for decades, the emerging picture of what’s happening under the new “zero tolerance” regime feels historic in the darkest of ways. “It’s the sheer numbers, and it’s just the age of the kids and the horror of it,” he said. “We’re getting so many unsolicited calls from doctors saying, ‘This is so horrible. I can’t believe this.’”

“People are just coming out of the woodwork,” he added. “It’s left and right. I think this is one of those issues that is not cutting along the normal immigration lines. People are saying, ‘Look, at some point there has to be a line we draw.’”

Top photo: A Honduran mother walks with her children next to the U.S.-Mexico border fence after they turned themselves in to Border Patrol agents on Feb. 22, 2018 near Penitas, Texas.