Elizabeth Warren would ban foreign lobbying and shut (or slow) the revolving door in series of reforms that would transform Washington’s political economy. 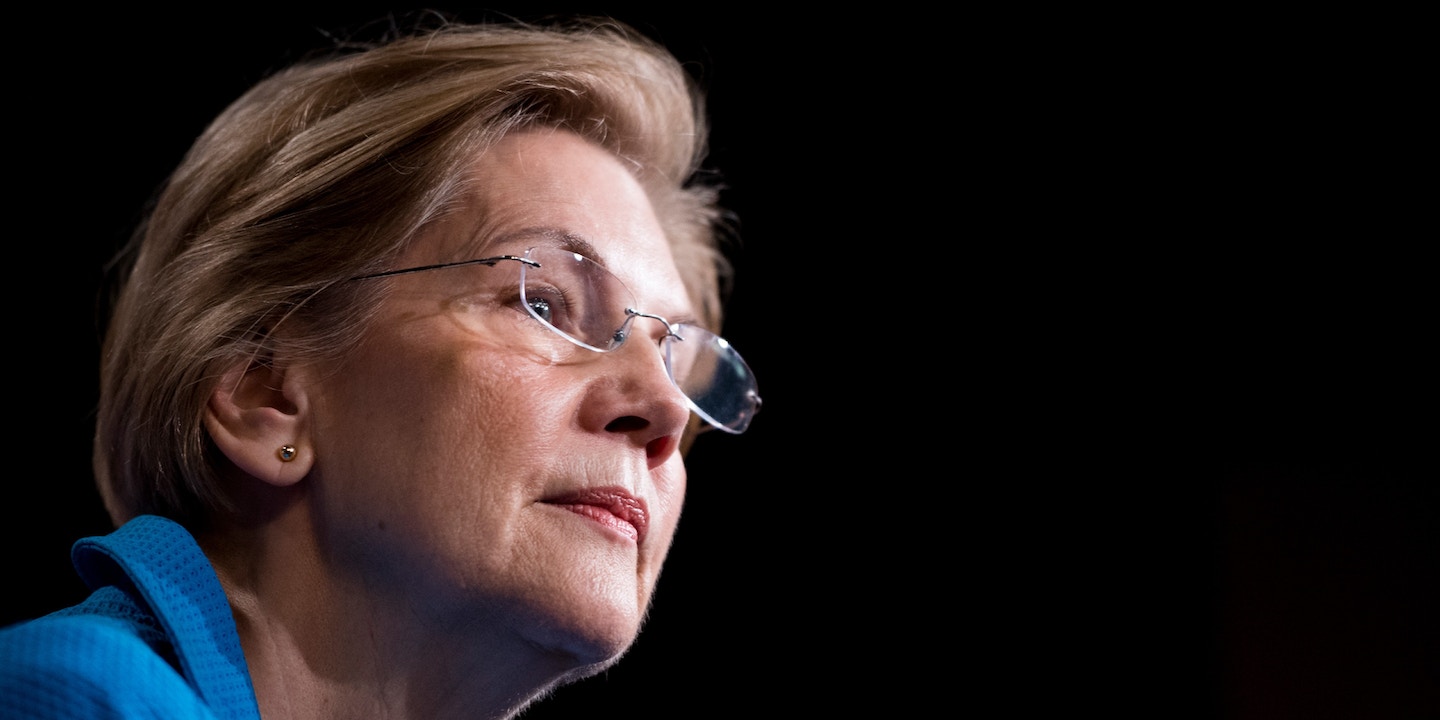 Elizabeth Warren on Tuesday unveiled a sweeping set of reforms that would radically restrict and publicly expose corporate lobbying in Washington.

In a major speech at the National Press Club, she laid out the parameters of what she is calling the “Anti-Corruption Act.” If just half of it were implemented, it could transform the political economy of Washington and fundamentally upend the lawmaking process as it currently exists.

In broad strokes, Warren is attempting to take the profit motive out of public service by making it extremely difficult for former lawmakers and government officials to cash in on their government experience, while simultaneously giving Congress and federal agencies the resources needed to effectively govern without the motivated assistance of K Street.

In 1995, when Newt Gingrich and the “Republican Revolution” took over Congress, he systematically dismantled the intellectual infrastructure of the institution, defunding major functions of Congress and slashing budgets for staff. The public-facing explanation was to cut back on wasteful spending, but the true intent was to effectively privatize lawmaking, forcing Congress to outsource much of the work of crafting legislation to K Street. What followed was an explosion in the lobbying industry in Washington.

Warren proposes much stricter restrictions on the revolving door between public service and lobbying, but, more fundamentally, flat-out bans on any lobbying on behalf of foreign governments, an industry that has come under increased scrutiny as a result of the trial of Paul Manafort, who made his fortune carrying water for foreign governments in Washington, often whose interests ran against those of the U.S.

Under current law, foreign agents must register and disclose any contacts with government officials — they would now be banned and under Warren’s law, all lobbyists would have to do what foreign agents do now.

Her bill would also mandate that the IRS release tax returns for candidates, and that the president and vice president be subject to conflict-of-interest laws. She would create a new Office of Public Integrity to enforce the new ethics laws.

The new proposal comes on the heels of the Accountable Capitalism Act, and is a window into what she sees as one of the main functions of government, to be a check against runaway capitalism but in significant ways to strengthen, rather than challenge, the free market. “I am a capitalist to my bones,” Warren said recently, in response to the conversation around democratic socialism.

Where some on the left view markets with deep skepticism, Warren’s ideology sees concentrations of corporate power as a great threat, but views functioning markets as a check against that consolidated power. For markets to function properly, she has long argued, robust government regulation and serious enforcement of laws must be in place, otherwise fraudsters and monopolists ripoff both consumers and investors. That ideology led to the Consumer Financial Protection Bureau, and undergirds her more recent proposals.

The vision is not in conflict with democratic socialist reforms such as Medicare for all (which she supports) or free public college (which she also supports), but it’s more a matter of emphasis. Where Bernie Sanders made eliminating college tuition central to his campaign, Warren has for years focused on exposing abuses by student lenders. Where Sanders has become synonymous with Medicare for all, Warren this year unveiled a plan she argued should be implemented if the loftier goal is out of reach, relying heavily on cracking down on insurance companies and expanding subsidies for purchasers of insurance.

Corporate interests are ideologically opposed to proposals like Medicare for all, and will rally resources to oppose it if and when Congress considers it in a serious way. But Warren’s use of government and law enforcement to reshape the political economy hits corporate America in a visceral way. The animosity for the CFPB is difficult to overstate, as the agency was empowered to launch investigations into corrupt firms that had the capacity to destroy those companies. Bringing the hammer of the law down on Washington corruption will likely be met with an equally visceral reaction.

When it comes to Warren’s proposal, the elephant in the Senate is Supreme Court nominee Brett Kavanaugh. If Warren were able to ultimately implement some of her anti-corruption agenda, it’s near certain those impacted would challenge elements of it in federal court — courts that Donald Trump is busy stacking with right-wing ideologues. That Warren is pushing forward nonetheless also goes to the heart of her approach to government, which is never to shy from a fight.

“I’m not here to describe the death of democracy. I’m here to talk about fighting back,” she said Tuesday.