Children who were separated from their parents at the border tell The Intercept that they continue to live in fear. 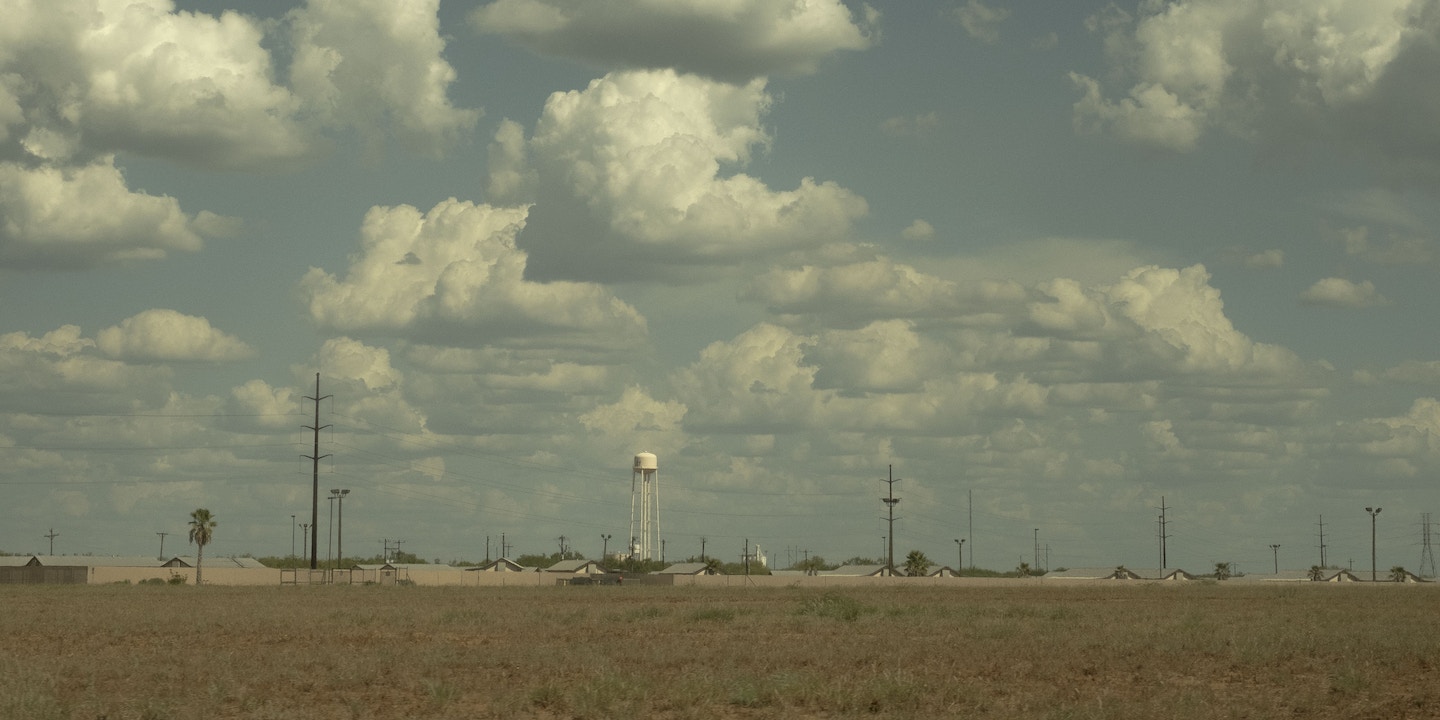 On August 9, several reporters took a government-led tour through America’s largest detention facility for immigrant parents and their children: the South Texas Family Residential Center in Dilley, Texas. Sprawling over 50 acres of a repurposed oil field workers’ camp, Dilley, as the center is colloquially known, has room for 2,400 detainees. It currently holds about 1,500 people — all mothers and their children, including babies.

No interviews with the detainees were allowed, so reporters were left to record random sounds and observations: phalanxes of baby strollers, a salad bar in the cafeteria, and, as the Wall Street Journal noted, “a speaker blasting a Jimmy Buffett song.” But The Intercept has been in contact with some of the occupants of Dilley by phone — many of them children — and the circumstances they’re enduring are decidedly less sanguine than Buffett’s tunes.

Ninety percent of Dilley detainees were apprehended after President Donald Trump’s “zero tolerance” family separation policy was rescinded on June 20, and they never experienced family separations. These days, detained families are typically freed after two weeks to join friends and relatives elsewhere in the U.S. who’ve agreed to sponsor them.

But for the unlucky 10 percent, the fallout from Trump’s policy is ongoing.

Under the “zero tolerance” policy, all adults who entered the United States illegally were prosecuted. The effect of that policy was to separate children from their detained parents and place them with relatives, foster homes, or shelters.

In June, Trump responded to public pressure and ended the policy. Shortly thereafter, a federal judge in California ordered immigration authorities to reunite families within 30 days.

But the “zero tolerance” families at Dilley are still caught in a peculiar bind: Under the law, children can stay in detention for no more than 20 days. But federal judges in California resolved that if parents contest their deportation orders, the families can be held indefinitely. As a result, some families have been locked up for weeks: They’re no longer separated, but not free, either.

Daniel Bible, a field office director for U.S. Immigration and Customs Enforcement’s San Antonio sector, told the Associated Press that the formerly separated children and their parents were not “showing signs of trauma that would set them apart from other families being held.” But several “zero tolerance” policy survivors have called The Intercept during the past weeks and described feeling desperately unhappy and emotionally damaged. According to medical experts, all children who were separated from their parents under the “zero tolerance” policy are at increased risk of developing long term health problems from “toxic stress.” But for the children who continue to be confined, the damage is still accumulating.

One call I received was from a 10-year-old girl. In a weary voice, she told me, in Spanish, that she is afraid to attend the school that Dilley maintains for child detainees. “I’m afraid to leave my mom and go to class,” she said. “I’m afraid that’s when they’ll separate me again from my mom, like at the dog pound.” “She cries in the morning,” her mother said. 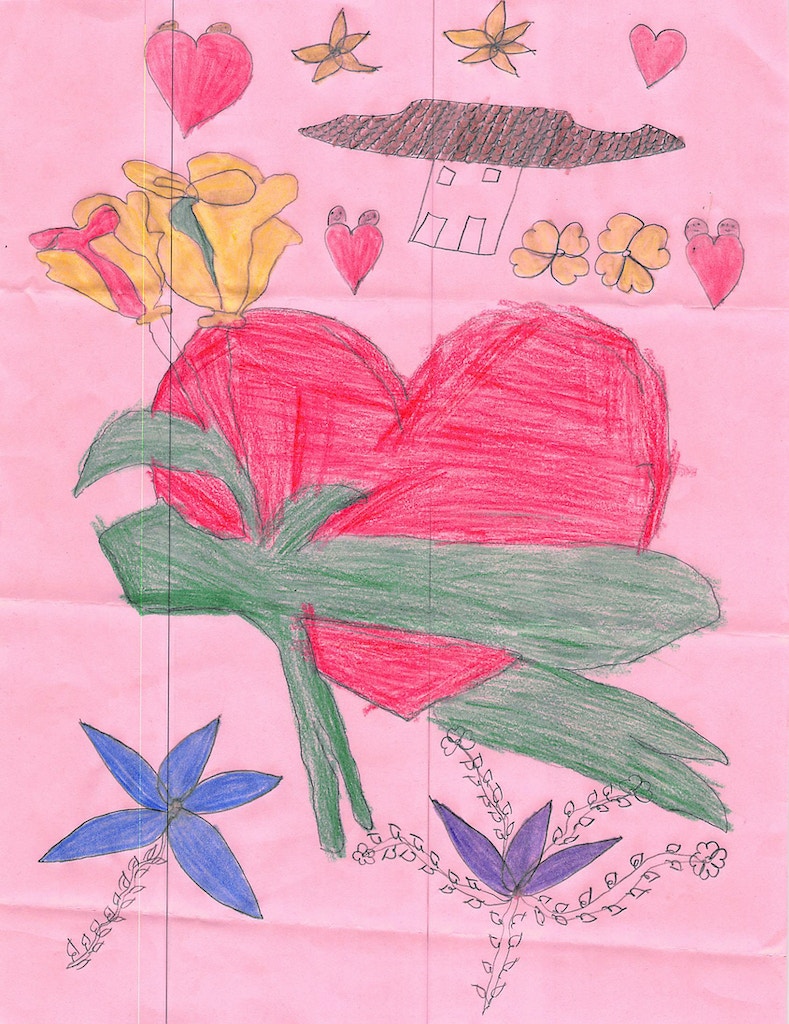 A drawing made by one of the children held in detention in Dilley, who was previously separated from her mother.

Illustration: Courtesy of the family

The girl has told immigration attorneys at Dilley that “bad people” in Honduras injured her mother and threatened her — in part because the family is Mormon. She said that when she and her mother crossed the border into South Texas in early June, Customs and Border Protection separated them and put the girl in the cage-like “dog pound” room. They told her she and her mother would be reunited in two days. In reality, it took almost five weeks.

After the separation, officials told the child she was being flown to New York to see her mother, even though her mother was in detention in South Texas. The child was put in a shelter in New York for 32 days.

Now, back in Dilley, she is hyperaware of the government’s desire to deport them both.

“If we leave them just for a minute they start crying,” said another mother, also in a phone call. “They don’t even want to see us signing a paper because they’re afraid it’s about deportation. ‘Mami, no te vayas!’ they say. They’re terrified.”

Some children told me that they dislike school at Dilley because within a few days of befriending classmates from families who weren’t subjected to Trump’s “zero tolerance” policy, those children are released from detention. “They come and then they go, you don’t know where to. You don’t know why they get to go, but you have to stay,” said a 12-year-old girl. “It makes you feel hopeless,” said a 16-year-old boy.

Some departures have been even more dramatic. On August 9, for instance, during a hearing appealing her deportation decision in Washington, D.C., a Salvadoran woman and her young daughter were taken from Dilley and put onto an ICE plane bound for the country the two had fled. They were en route to El Salvador when the judge overseeing the hearing found out about the deportation and angrily ordered the plane to be turned around. Today, they’re still at Dilley, and their presence has been a constant reminder of the capricious nature of the system.

Susan Henner, an immigration lawyer from White Plains, New York, says that her Guatemalan client at Dilley, a woman named Mirza, was also put onto a plane with her young son and deported at the behest of the Dilley court. This happened even though a court in Arizona, where Mirza first entered the system, had just granted the woman permission to remain in the U.S. for a hearing scheduled for October. Henner did not learn of Mirza and her son’s sudden exit until several days after it happened. By then, the mother and child were long gone, and Henner hasn’t been able to track them. The story of their deportation has lingered at Dilley, providing grist for the anxiety mill.

While caged in the “dog pound,” and throughout their stays in shelters around the country, some of the separated children were issued “notices to appear” — mandates to show up in immigration court and tell a judge why they fear returning to their countries. The children whom The Intercept spoke with have plenty of reasons.

The 10-year-old fears religious persecution. The 12-year-old Honduran told her lawyer that a gang threatened to kill her, and that she was abused by her father, who also threatened her life. But the children were not given an opportunity to convey these fears to immigration authorities via “credible fear” interviews, which, under normal circumstances, would start the asylum process.

Moreover, their parents were offered a coercive “choice” after the “zero tolerance” policy ended: Reunite with your children “for the purpose of repatriation,” or return to your home country without your children. If the parents chose the second option, their kids would still have a shot at asylum. But leaving their children behind in a foreign land without parents to guide them through the asylum process didn’t seem like a real “choice” to many parents, who signed waivers agreeing to be reunited with their children and deported.

Now, apparently on the basis of those waivers, the government has revoked the children’s notices of appearance, or declined to file them all together. As a result, they’ve effectively been denied access to the asylum process.

A lawsuit filed in late July by several parents, detained at Dilley and Karnes, another Texas facility, on behalf of their detained children, alleges that these minors have been denied their constitutional right to seek asylum. Both the 10-year-old Mormon and the 12-year-old are named plaintiffs.

The complaint argues that for the children to make their best case, they need their parents to remain in the U.S., where they can help them to gather the details about the violence against them in their home countries. As the suit argues, the children “have a right to be accompanied by their parents” during the asylum claims process. Therefore, parents can’t be deported during that time.

The complaint further argues that the adults deserve new credible-fear interviews. “All of the plaintiffs’ parents were suffering from emotional distress” during their original interviews, reads a declaration by Shalyn Fluharty, managing attorney of the Dilley Pro Bono Project. She represents the Dilley children named in the lawsuit. The parents’ anxiety about their separated children made it “nearly impossible for them to focus on anything other than the location and wellbeing of their children,” according to another declaration, by Manoj Govindaiah from the Refugee and Immigrant Center for Education and Legal Services, or RAICES, who represents children at Karnes.

The lawsuit also argues that, under the Immigration and Nationality Act, all the family members of children who pass their interviews should be eligible for asylum — even parents who’ve already received negative findings.

The government feels differently, responding that the undocumented parents voluntarily signed deportation waivers, and that they have the right to make such decisions for their children.

On Thursday, The Intercept learned from a detained mother that ICE officials had convened a meeting for mothers who were formerly separated from their children. The mothers were apparently told that they and their kids would be released next week. But attorney Justin Bernick of Hogan Lovells, who is representing the children, says he doesn’t know yet whether that information is accurate. “We’ve heard this, too, from folks on the ground,” he said, “but we have no confirmation from the government that it’s actually going to happen. And we’ve seen many instances of misinformation” from the government, Bernick said. (ICE deputy press secretary Sarah Rodriguez told The Intercept that ICE cannot comment “due to pending litigation.”)

The families are now cautiously hopeful, but still wary. Until they know more, all they can do is wait.

Correction: August 27, 2018
A previous version of this article misspelled the first name of Shalyn Fluharty. It has been updated.