“When I look at what’s happening in El Salvador, I feel motivated to try again,” said one woman who has been caught trying to cross and been deported twice. 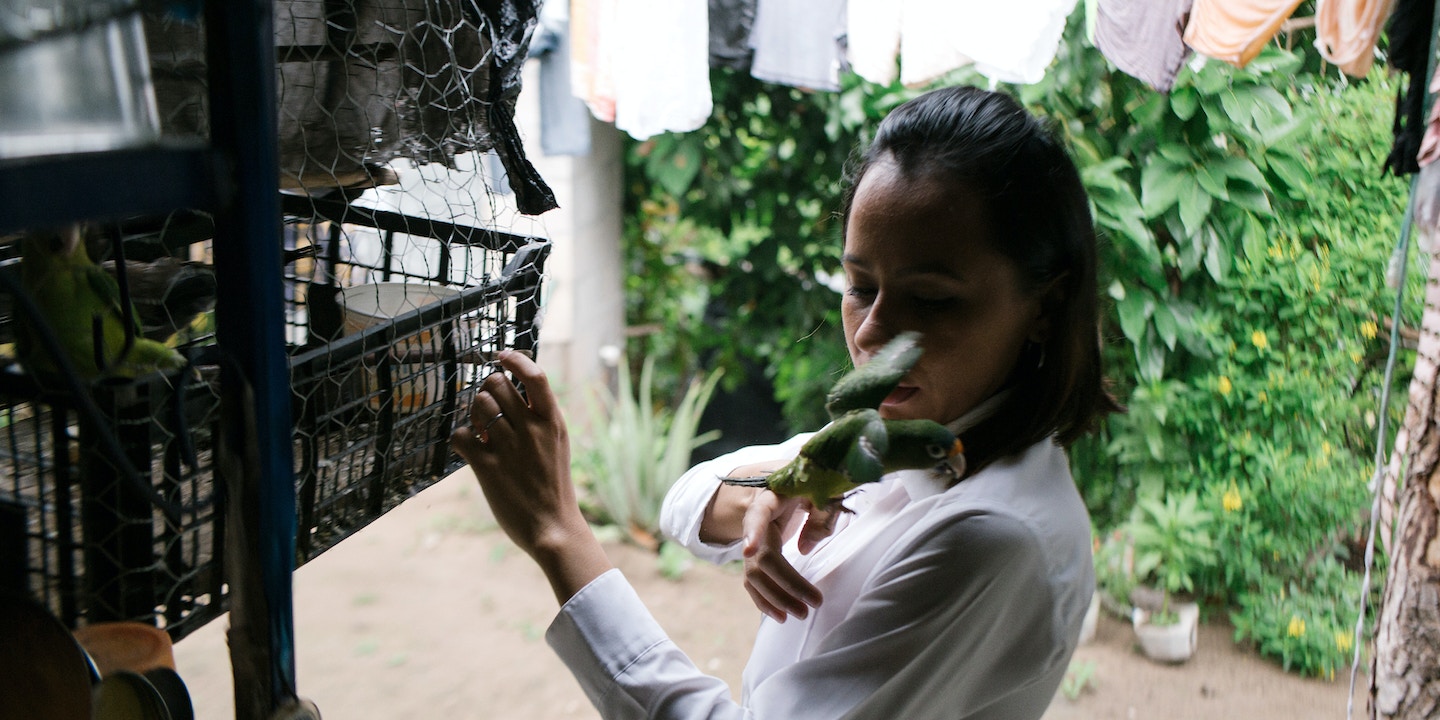 “It’s peaceful where I live,” said 21-year-old Iris Tobar Rodríguez of her hometown Jutiapa, an isolated rural area in El Salvador, where her family resides on a dirt road inaccessible to cars. She paused. “Except two days ago they killed a person.”

A five-minute walk from her house, a young man’s body was found hacked to pieces by a machete, his eyes carved out and his head hanging by a thread, she said. If anyone knows who did it or suspects why, they aren’t saying. Tobar Rodríguez insisted the murder was unusual. Another pause.

Her sister’s brother-in-law was murdered nearby four years ago, she added. Afterward, she said, gang members tried to enter her sister’s house, and there were rumors that they planned to kill the rest of the family. The sister fled to the United States with her 2-year-old son. When they were caught at the U.S. border, they petitioned for asylum. They lost their case and are now living in North Carolina pending the outcome of an appeal.

Tobar Rodríguez also wants come to the United States — mostly for economic reasons, but also because of the violence. She thought that she could ask for asylum, but her sister dismissed the idea outright.

“She told me ‘no,’ that it would be a waste of money,” Tobar Rodríguez said. “If you fight and lose, they deport you anyway.” Jocelyn, 26, photographed at the Catholic Relief Services office in San Salvador.Phots: Alicia Vera for The Intercept

Twenty-six-year-old Jocelyn feels similarly. She plans to flee north because MS-13 gang members have threatened her with extortion because they know she has family living abroad and therefore think she has money. (She asked to be identified only by her first name, because she fears retaliation from the gang for speaking to the media.) Jocelyn plans to join her brother and his children, who are awaiting a decision in their asylum case, in the United States. As for her own chances of being awarded asylum, “We are praying that they give it [to my brother] for the kids,” she said. “But if only I ask for it, they are not going to give it to me.”

This refrain — that applying for asylum is pointless — was repeated over and over during a trip to El Salvador last month.

Several Salvadorans looking to flee their country — and those who tried to cross the U.S.-Mexico border but were caught — told The Intercept they didn’t know how the asylum process worked. They didn’t know the specifics of President Donald Trump’s immigration policy. All they knew was that crossing the border has gotten harder, and that any attempt to claim asylum is probably futile.

They may well be right. In June, Attorney General Jeff Sessions declared that the United States will not accept asylum requests based on claims of domestic abuse or gang violence, a move that advocates say could harm tens of thousands of foreigners seeking refuge in the United States — and which will have a disproportionate impact on Central Americans.

“There is no question that this is going to be devastating for asylum claims in Central America,” said Lisa Haugaard, executive director of the Latin America Working Group, a nonprofit human rights organization in Washington, D.C. “The major reasons that Central Americans are seeking asylum have to do with gang violence and domestic violence.” Deported migrants sit on a bus as they enter the Centro de Atención Integral para el Migrante, or CAIM, an immigration detention facility in San Salvador.

Haugaard said under Sessions’s policy, asylum claims would only be recognized if a government intentionally sponsors or is directly involved in perpetrating violence. But in El Salvador, the problem is one of the government “failing to act” to prevent gang violence, and by extension domestic violence, she said.

Even more extreme is a proposal by U.S. Customs and Border Protection, reported this week by the New York Times, which would eliminate asylum-processing centers along the U.S.-Mexico border. In effect, that would mean prospective refugees could only apply for asylum from abroad.

Trump’s hard-line policies appear to be having an effect in El Salvador. Some would-be migrants said they were frightened to go north because of reports of children taken away by U.S. immigration authorities. That fear was the stated intent of Trump’s “zero tolerance” policy, under which as many as 3,700 children were separated at the border before the practice was ended amid legal challenges and public outcry. Ending the policy didn’t diminish outrage in El Salvador: It continued to be front-page news in the major newspapers.

“I saw that they separate the kids from their parents and have them in a cage and it’s very sad,” said Erika, 30, who makes $7 a day working on a coffee farm (she didn’t want to use her last name). Erika said she often thought about trying to enter the United States with her two young children to give them a better life. She has friends who successfully made that journey.

“But that was before Trump,” she said. “Now, they take away your kids. … I say to myself, ‘What if I go and they take away my kids?’ Better not to even try.” 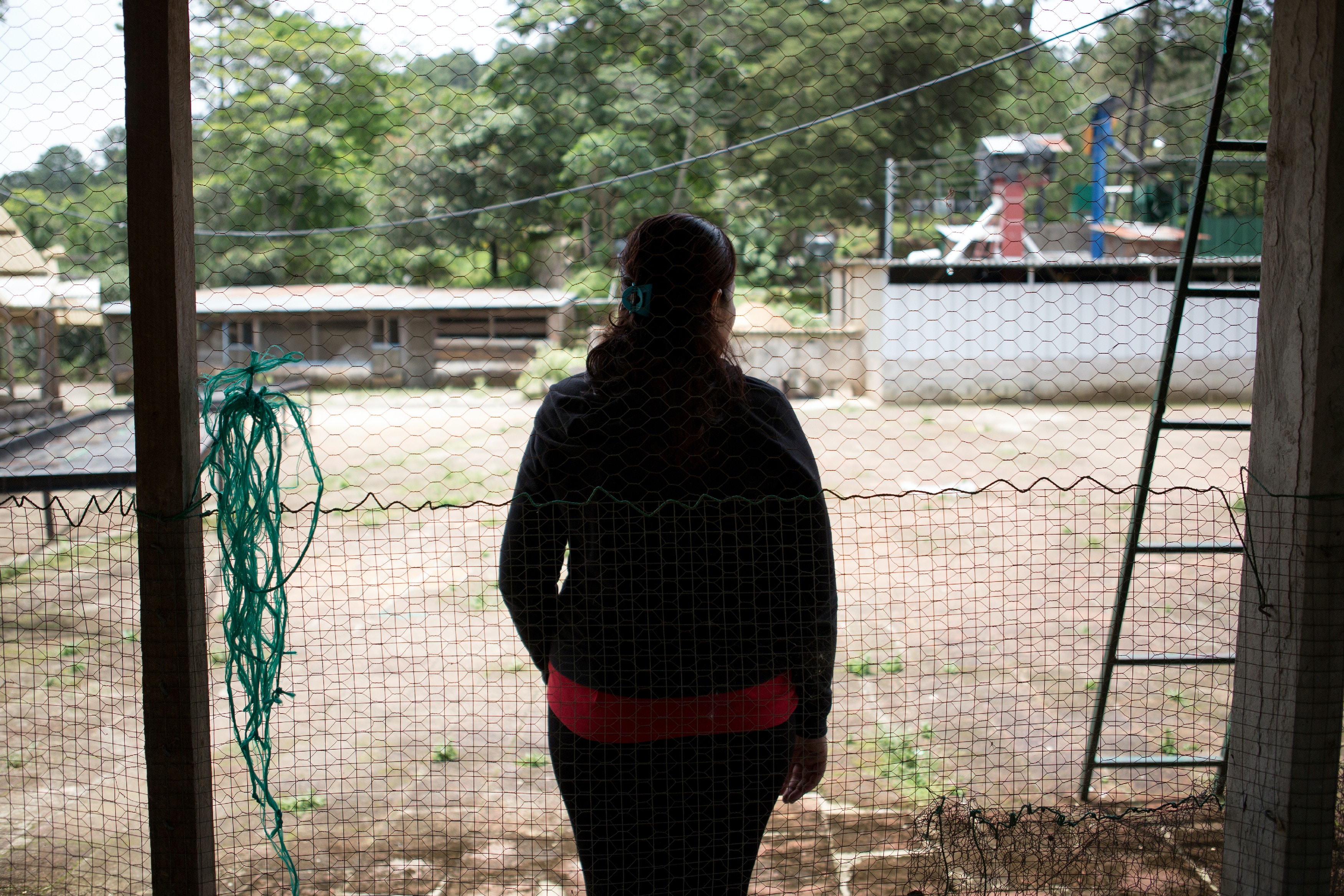 Erika, 30, photographed at a coffee farm in Metapán, El Salvador.

It’s unclear that this sentiment will be a lasting deterrent. During the first months of the Trump administration, the number of illegal border crossings into the U.S. reached a 17-year low. Trump administration officials credited the president’s tough stance. But by December, the number of crossings went right back up to the level they had been at during the Obama administration (overall, the last two decades have seen a downward trend in crossings). The cycle seems likely to repeat itself with each new policy.

Whatever their diminished chances under Trump’s crackdown, many Salvadorans are still planning to make the journey. The violence that has spurred an exodus of refugees from El Salvador and neighboring Guatemala and Honduras — the work of gangs like MS-13 and Barrio 18, but also the result of heavy-handed repression by state security forces, trained and funded by the U.S. government — has not subsided, and poverty and climate factors are also pushing people out.

“We are looking to find solutions so migrating doesn’t feel like the only alternative and young people can have a dignified life in El Salvador,” said Kay Andrade Eekhoff, regional adviser on youth employability for Catholic Relief Services in El Salvador. But for now, she said, “for many Salvadorans, migration is less a decision and more a final resort after having exhausted all other options.” Left/top: Photos of the Tobar family hang on the wall of their home in Jutiapa. Iris makes coffee with the help of her younger brother, Joel Nehemias.Photos: Alicia Vera for The Intercept

Take Tobar Rodríguez: In October, she tried to get to the U.S. for the first time. A friend loaned her money, and her sister saved enough to pay the rest of the coyote’s initial $6,000 fee. (The cost of crossing the border has gone up under Trump, according to interviews at migrant centers. Salvadorans now pay coyotes up to $10,000 — more than most of them make in a year.)

She spent eight days traveling to the U.S.-Mexico border in a mix of private cars and public buses, and then another 20 days in a locked house on the Mexican side waiting to cross. When she finally did, Border Protection agents caught her immediately. Tobar Rodríguez said she spent another 16 days in detention before they deported her.

One day after arriving back in El Salvador, Tobar Rodríguez was en route to the U.S. again. The coyotes had given her two tries — and they told her if she didn’t go right away, she would have to wait until the following year.

“I didn’t have work at the time … and my family needs me to work in order to survive. I felt desperate,” she said.

The second time, it took 15 days to get to the border. They travelled across Mexico on the roof of the infamous cargo train grimly nicknamed “The Beast” because so many migrants lose their lives and limbs to it jumping on and off. Tobar Rodríguez thought she would be among its victims. It was so cold she couldn’t feel her hands or feet.

Later, she and the other migrants paid farmers to sleep in their stables. But once again, Border Protection agents caught her as soon as she crossed. Twenty-three days later, she was back in El Salvador. 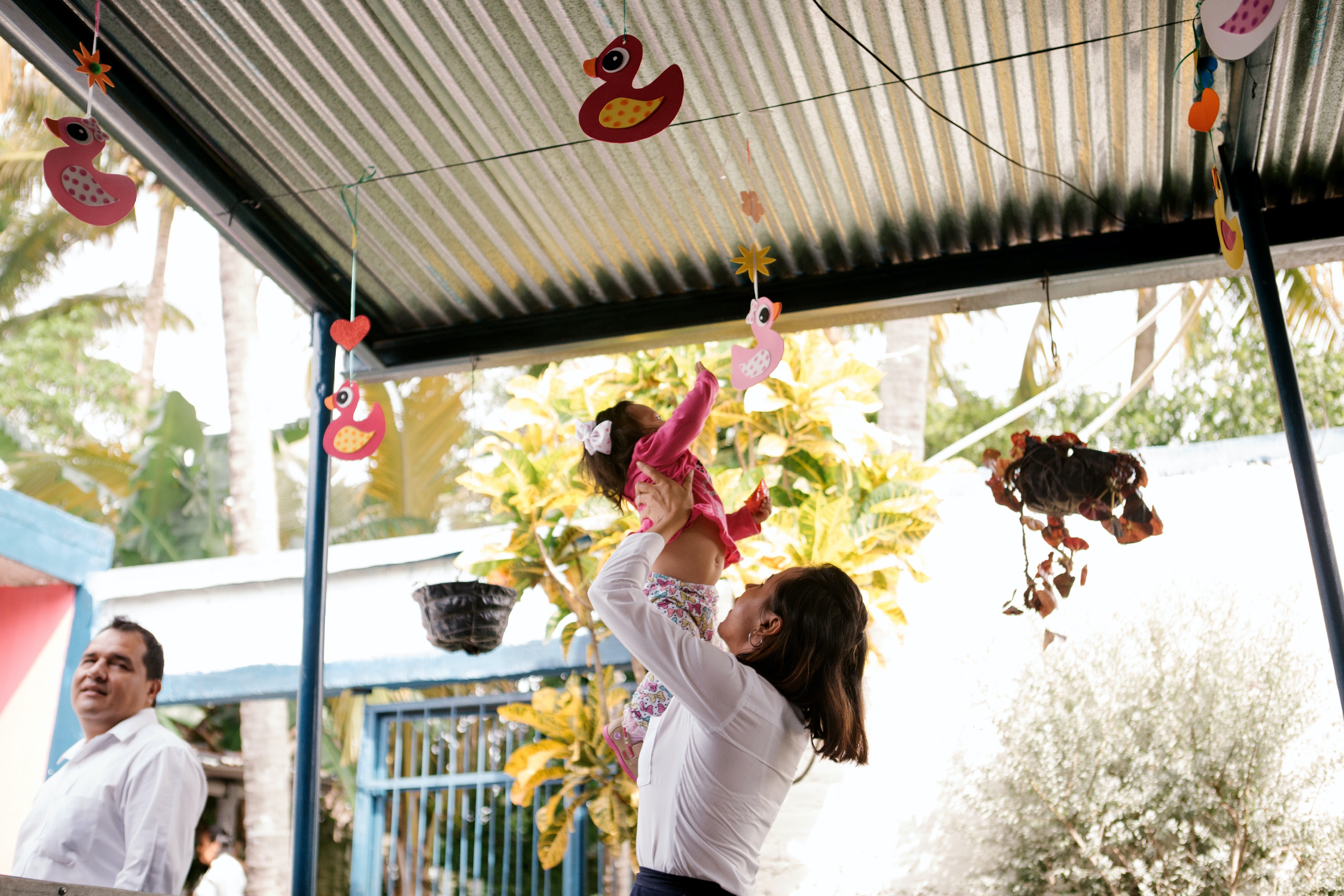 Iris Tobar Rodríguez plays with a young girl at her church in Tejutepeque, El Salvador. On Sundays, Tobar Rodríguez is tasked with caring for the youngest children of her congregation.

These days, she works as a live-in housekeeper and nanny in San Salvador, earning $5.50 a day. It’s just enough to cover the weekly bus trip back home and to pay for an English class at a nearby university. Her hope is that if she can learn English, she can get a better paying job, but she said the sounds mix together and she can’t distinguish the words. A friend invited Tobar Rodríguez to come to her house to study, but Tobar Rodríguez was scared to go; traveling at night is too dangerous.

Tobar Rodríguez spends Sunday, her one day off from work, at church. Most people go for the morning or afternoon service. Tobar Rodríguez and her mother go for both. As the singing begins, Tobar Rodríguez closes her eyes and sways along. She looks transported.

She is not one to question God’s will. But she can’t help herself.

“Sometimes the pastor says, ‘Iris, you tried twice already, and if God didn’t give you the opportunity to go, it’s because he doesn’t want you there,’” she said. “But then I look at the reality here — the unemployment, the lack of freedom because of the gangs. When I look at what’s happening in El Salvador, I feel motivated to try again.” 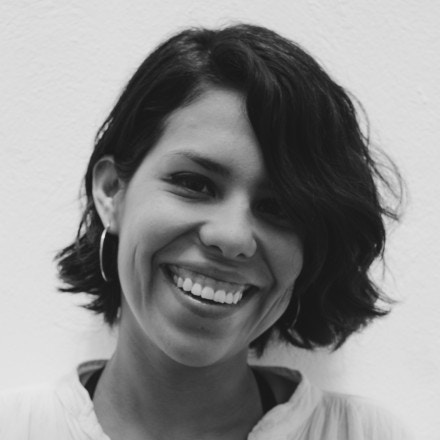