Donald Trump plans to open the U.N. General Assembly with a meeting to rally likeminded countries to crack down on drugs. 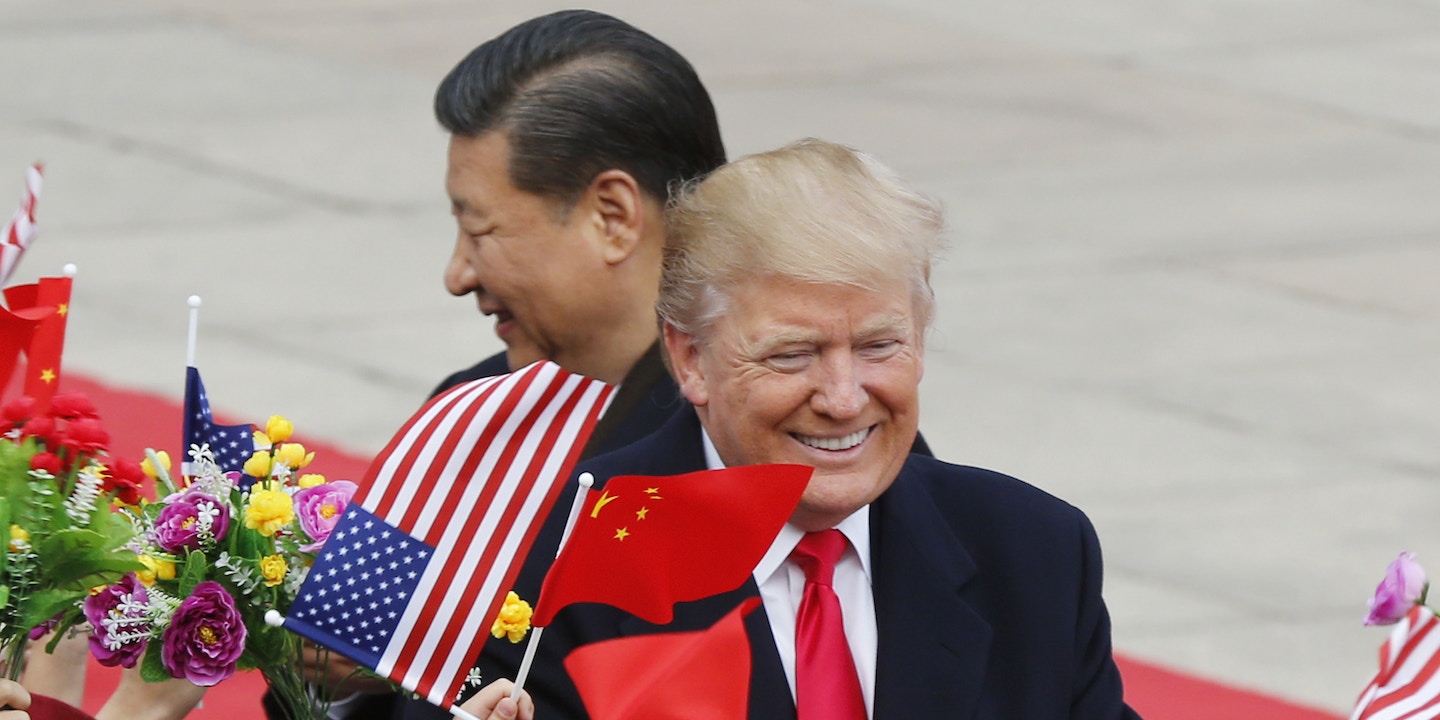 The Trump administration will open a week of high-level meetings at the United Nations General Assembly in New York with a drug policy event featuring President Donald Trump. Invites to the event are being doled out only to those countries that have signed on to a controversial, nonnegotiable action plan, according to documents obtained by The Intercept — among them the countries with the world’s most draconian drug laws.

The U.S.-sponsored event, called the “Global Call to Action on the World Drug Problem,” is scheduled to take place next Monday, September 24, a day before Trump will speak before the General Assembly. The U.S. Mission to the U.N. hasn’t yet released many details about the event, but The Intercept obtained a copy of the finalized text — the “Call to Action” — that was sent to member states ahead of the meeting.

While the high-level event could be a way for Trump to project international support at the U.N. — less risky than organizing member states around a hot-button issue like migration — the document circulated by the U.S. and the manner in which it was foisted on members states has raised concerns among drug policy advocates.

“Countries that sign this and then show up to this photo op should be very careful — they don’t really know what they are signing up to.”

“It’s not an official document, it doesn’t go through any of the official channels, it’s not negotiated, and it is linked to the event that’s being put on by Trump that will include the secretary general,” said Hannah Hetzer, the senior international policy manager at the Drug Policy Alliance. “It seems to be a way to get countries to fall in line behind Trump and his administration. I think countries that sign this and then show up to this photo op should be very careful — they don’t really know what they are signing up to.”

The document circulated by the U.S. calls on the states to pledge to develop national “action plans” based on a “four-pronged strategy” — demand reduction; treatment; international cooperation; and cutting the supply of illicit drugs. It also highlights “newly emergent synthetic drugs,” and urges the U.N.’s Commission on Narcotic Drugs to “act urgently to accelerate the scheduling of these dangerous drugs.”

A cover letter dated August 31 indicates that member states who sign on will “receive an invitation to attend this High-Level Event” with the U.S. president. “The purpose of this event is to demonstrate international political will to enhance efforts to effectively address and counter the serious threats posed by the world drug problem,” says the so-called diplomatic note.

The letter says that the U.S. is already “collaborating” with more than two dozen countries, including at least three — China, Saudi Arabia, and Singapore — that executed drug offenders last year, as well as other staunch proponents of tough drug laws, such as Russia and the United Arab Emirates. Also among those also listed as collaborators are countries with less draconian drug laws, like the United Kingdom, India, and Costa Rica. U.N. Secretary General António Guterres, who was Portugal’s prime minister when the country decriminalized the use of all drugs in 2001, is expected to speak on Monday.

U.N. drug policy is generally reached by a consensus process, necessitating engagement with countries that hold hard-line views, like Russia. The American document, however, is not a product of normal U.N. procedures. The implications of signing onto the document and the price of appearing with Trump are unclear. “Prior to remarks, Heads of Delegation will participate in a group photo with all the signatories to the Global Call to Action,” the cover letter promises, adding that “the Call to Action is a final document and is not open for negotiation.” The call itself then urges to member states to provide updates at a meeting of the Commission on Narcotic Drugs in March 2019.

By the last year of the Obama administration, the U.S. had softened its position. Trump could change that stance.

Two years ago, the General Assembly held a special session on drugs, producing an outcome document that nudged global policy away from more draconian measures adopted in previous decades. As recently as 1998, the General Assembly met under a “drug-free world” slogan. By the last year of the Obama administration, the U.S. had softened its position, adopting more neutral stances. Trump could change that stance, officially or by opening doors to those conservative member states left smarting in 2016. (A similar dynamic is already playing out more broadly on human rights, including in June, when the U.S. withdrew from the Human Rights Council.)

Though advocates in 2016 said they wanted still more — the document didn’t mention “harm reduction” by name, for instance — hard-line countries such as Russia pushed back, and many advocates now feel lucky to have obtained what they did in 2016.

Domestically, the Trump administration has veered dramatically back toward punitive narcotics enforcement, even as a growing number of states take steps to liberalize drug policy, such as legalizing marijuana. Internationally, U.S. policy has been less settled outside of Trump’s public remarks. Trump has spoken warmly of the Philippine’s President Rodrigo Duterte, who oversees a drug war so brutal it has open up the possibility of an International Criminal Court investigation. Trump has also reportedly considered following the path of Singapore in executing drug dealers. Killing drug dealers is a “discussion we have to start thinking about,” he told a rally in March.

In August, U.S. Ambassador to the U.N. Nikki Haley traveled to Colombia for the inauguration of the country’s new conservative president, Iván Duque. Drug control featured prominently in the meetings and Colombia is among those countries listed as collaborators at the forthcoming U.N. event.