Robert Bilott, who successfully sued DuPont over PFOA, has filed a lawsuit on behalf of everyone in the U.S. who has PFAS chemicals in their blood. 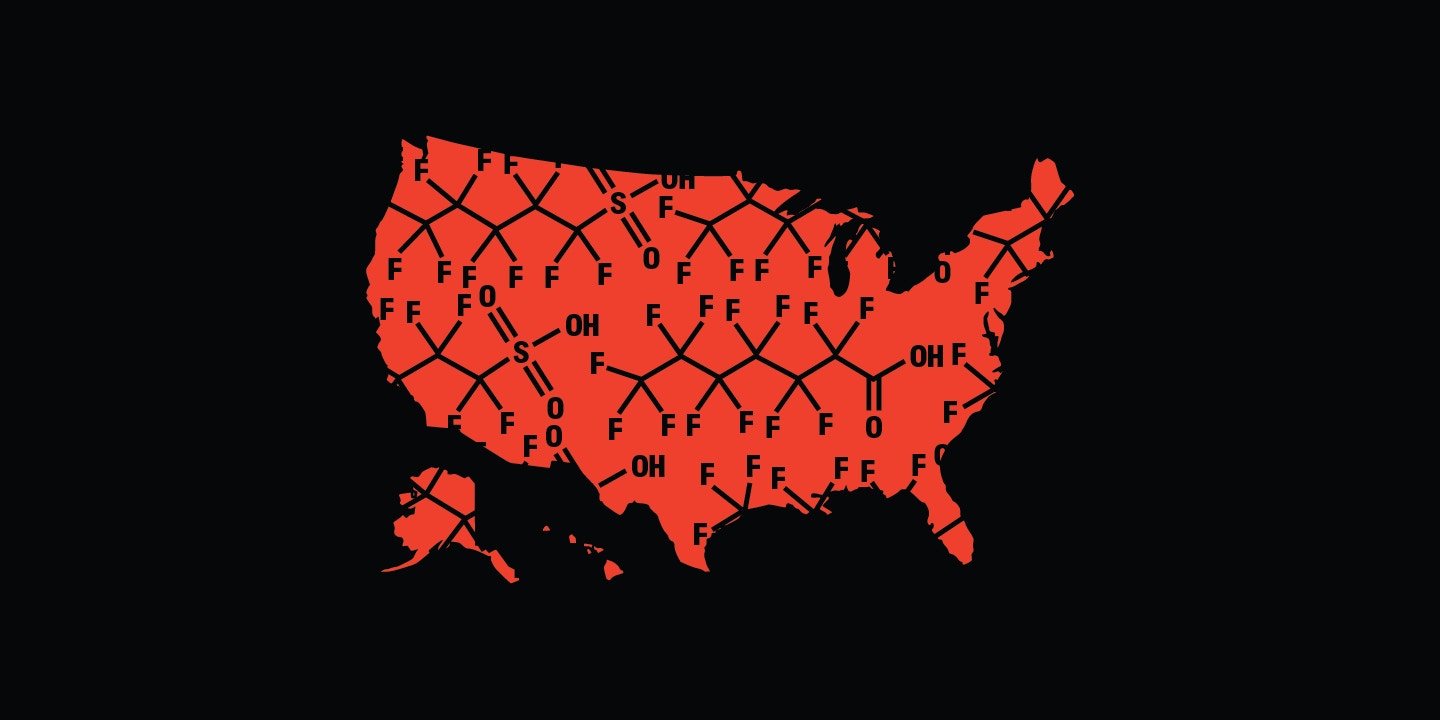 A class action lawsuit against 3M, DuPont, and Chemours was filed this week on behalf of everyone in the United States who has been exposed to PFAS chemicals. The suit was brought by Kevin Hardwick, an Ohio firefighter, but “seeks relief on behalf of a nationwide class of everyone in the United States who has a detectable level of PFAS chemicals in their blood.” Hardwick is represented by attorney Robert Bilott, who successfully sued DuPont on behalf of people in West Virginia and Ohio who had been exposed to PFOA from a plant in Parkersburg, West Virginia.

In addition to 3M, DuPont, and its spinoff, Chemours, the suit names eight other companies that produce the toxic chemicals, which are used to make firefighting foam, nonstick cookware, waterproof clothing, and many other products. While much of the litigation around PFAS has focused on PFOA and PFOS, this suit targets the entire class of PFAS chemicals, including “the newer ‘replacement’ chemicals, such as GenX.”

Rather than suing for cash penalties, the suit seeks to force the companies to create an independent panel of scientists “tasked with thoroughly studying and confirming the health effects that can be caused by contamination of human blood with multiple PFAS materials.” Such a panel would parallel the C8 Science Panel, which was created by the earlier class action litigation in West Virginia. That panel, overseen by epidemiologists approved by lawyers from both sides in the suit, found six diseases to be linked with PFOA exposure, including testicular cancer and kidney cancer.

Critically, the settlement creating the C8 Science Panel stipulated that DuPont was unable to contest the links found by the C8 Science Panel in court, which helped lead to multiple verdicts in which the company was held liable. To date, DuPont has paid more than $1 billion in penalties as a result of the earlier PFOA litigation. The primary goal of the new lawsuit is the creation of a national study that would be similarly binding.

“The hope is it would go a long way to resolving the PFAS crisis by providing scientific answers that everybody involved would commit to,” said Bilott in an interview. “Otherwise there’s the potential for endless litigation and fighting over the meaning of the science.”

In response to an inquiry about the suit, a 3M spokesperson emailed a statement: “We are aware of the lawsuit, but have not yet had an opportunity to review the allegations. Nevertheless, 3M acted responsibly in connection with its manufacture and sale [of] PFAS and will vigorously defend its record of environmental stewardship.”

DuPont and Chemours did not immediately respond to requests for comment.

The Agency for Toxic Substances and Disease Registry recently began a nationwide study of the health impacts of PFAS, which have contaminated drinking water via industrial pollution and the use of toxic firefighting foam, but the results will not be available for years. The new national class action suit would hold the manufacturers themselves responsible for the costs of the research.

“There is tremendous fear, anxiety, and uncertainty across the country as to the serious public health threat posed by PFAS contamination,” Bilott said. “This lawsuit could provide a mechanism for addressing and resolving those concerns through a truly comprehensive and independent, science-based process paid for by those that actually created the problem — and not by the American taxpayers.”