Employee advocates caution that the arbitration changes are a response to pressure and could be reversed. 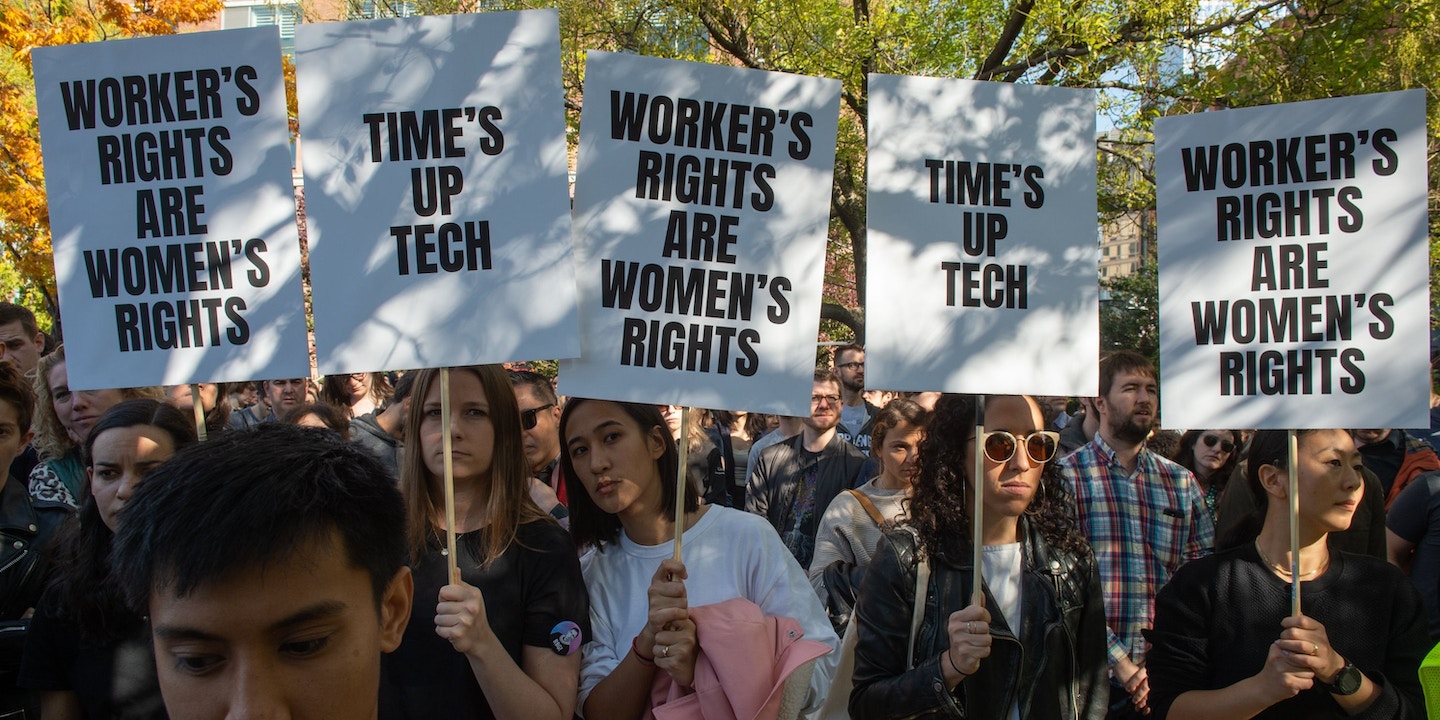 Seven days after the November 1 walkout of 20,000 Google workers across the globe, outraged over a New York Times investigation of the company’s lenient treatment of sexual harassers, Google issued a stunning response. CEO Sundar Pichai sent a memo to employees saying arbitration would now be “optional” for individual claims of sexual harassment and sexual assault. Facebook announced a similar policy the next day. Since then, Airbnb and eBay also have said they’re dropping requirements binding employees to using arbitration for sexual harassment complaints. Microsoft, Uber, and Lyft, as well as the law firms Munger, Tolles & Olson and Orrick, Herrington & Sutcliffe, had already made similar changes over the past year.

It would be hard to argue that it isn’t good news. But even employee advocates caution that the changes lack a sturdy foundation. Washington, D.C. employment lawyer Joseph Sellers said it’s important to consider the motivation of recent policy changes by business, which he doubts are the result of some sudden bout of corporate righteousness. “There’s no question in my mind these were very carefully considered decisions where they considered the upside risk of litigation, the downside risk of losing workers, and the potential for improved morale this might create,” he said. In fact, even the positive news coverage “is itself part of the calculation.”

Sellers, who for 10 years has been fighting Sterling Jewelers in the arbitration of a class-action gender discrimination case, says he’d be surprised if the changes extend far beyond the tech sector. “I don’t see this as the beginning of a wave of excluding sex harassment or workplace discrimination claims from arbitration agreements,” he said, adding that technology companies were ripe to make changes. The job market is tight, and companies are competing for many of the same young, tech-savvy people who have developed “especially strong” feelings about harassment in the #MeToo era, Sellers said. “I’m not sure there are other industries where this kind of change in the rules would so fundamentally affect people’s attitude about their employers.”

Still, the news was embraced by employee advocates who have long fought closed-door arbitration, arguing that it has stifled exposure of sexual harassment and protected perpetrators. “Being shut up was key to the whole system,” said attorney Nancy Erika Smith, who represented former Fox News anchor Gretchen Carlson in her harassment suit against Roger Ailes. “I think the employer is going to have to struggle with doing things right for a change.”

It’s an abrupt shift from the employer-side momentum that launched in 1991, when the brokerage industry won a Supreme Court fight in Gilmer v. Interstate over forced arbitration of an employment dispute involving a civil rights claim. The Google walkout “sent shivers down the spines of many companies that didn’t want to be the next in line,” said San Francisco employment lawyer Cliff Palefsky. “It demonstrated the power that tech workers have at this point in history.”

Since the early 1990s, a growing number of companies — from Wall Street to Silicon Valley to the manufacturing industry — have insisted that as a condition of being hired, an employee must agree to forego access to public courts and instead abide by mandatory arbitration in the event of a dispute over anything from the size of a bonus to age discrimination. The Economic Policy Institute found, earlier this year, that since 1992, the share of non-union workers subject to mandatory arbitration has risen from just over 2 percent to more than 55 percent.

Over the past year, Maryland, New York, Vermont, and Washington state have each limited the ability of companies to stop harassment victims from filing their cases in public courts — though these laws will likely face daunting challenges. The new laws are at risk of being pre-empted by the Federal Arbitration Act, according to New York employment lawyer Jonathan Hiles.

The companies that have changed their policies often have done so in the wake of a bout of bad publicity. Five days after Bloomberg reported on Microsoft’s mishandling of an intern’s rape claim, the company announced it would no longer require harassment victims to have their claims heard in arbitration. (In a December 2017 blog post, Microsoft President Brad Smith said that only a “limited number” of employees were bound to arbitration for harassment claims, but decided the company should abandon that policy altogether.) The day after an associate law professor at Harvard University tweeted pages from a mandatory arbitration agreement that the law firm Munger, Tolles & Olson was requiring summer associates to sign, the firm announced that it “will no longer require any employees, including summer associates, to sign any mandatory arbitration agreements.”

And just weeks after victims of sexual harassment and assault wrote an open letter to Uber’s board of directors in late April, the company’s chief legal officer released a memo saying Uber would no longer require arbitration for individual claims of sexual assault or sexual harassment by Uber riders, drivers, or employees.

Note the careful insertion of the word “individual” by Uber and Google, which means the landmark policy changes still prohibit any effort by women to band together in a class-action suit.

The hot lights are shining on companies now, but in a stagnant job market in which there’s reduced pressure to keep employees happy, Sellers can imagine even tech companies reverting to closed-door hearings. If a big, public trial were to wind up making an accuser look terrible during ruthless cross-examination, it could provide an employer with the perfect excuse to revert back to private, forced arbitration. All in an effort to avoid embarrassing future victims, of course.

For now, the power of bad publicity to keep pressure on companies has been impressive. “It’s amazing to me how fast companies move in response to a stupid Twitter storm,” Palefsky said.