Before Criminal Justice Reformer Is Even Sworn In, St. Louis Prosecutors Have Joined a Police Union

One sergeant called the move by prosecutors to unionize with police unheard of. 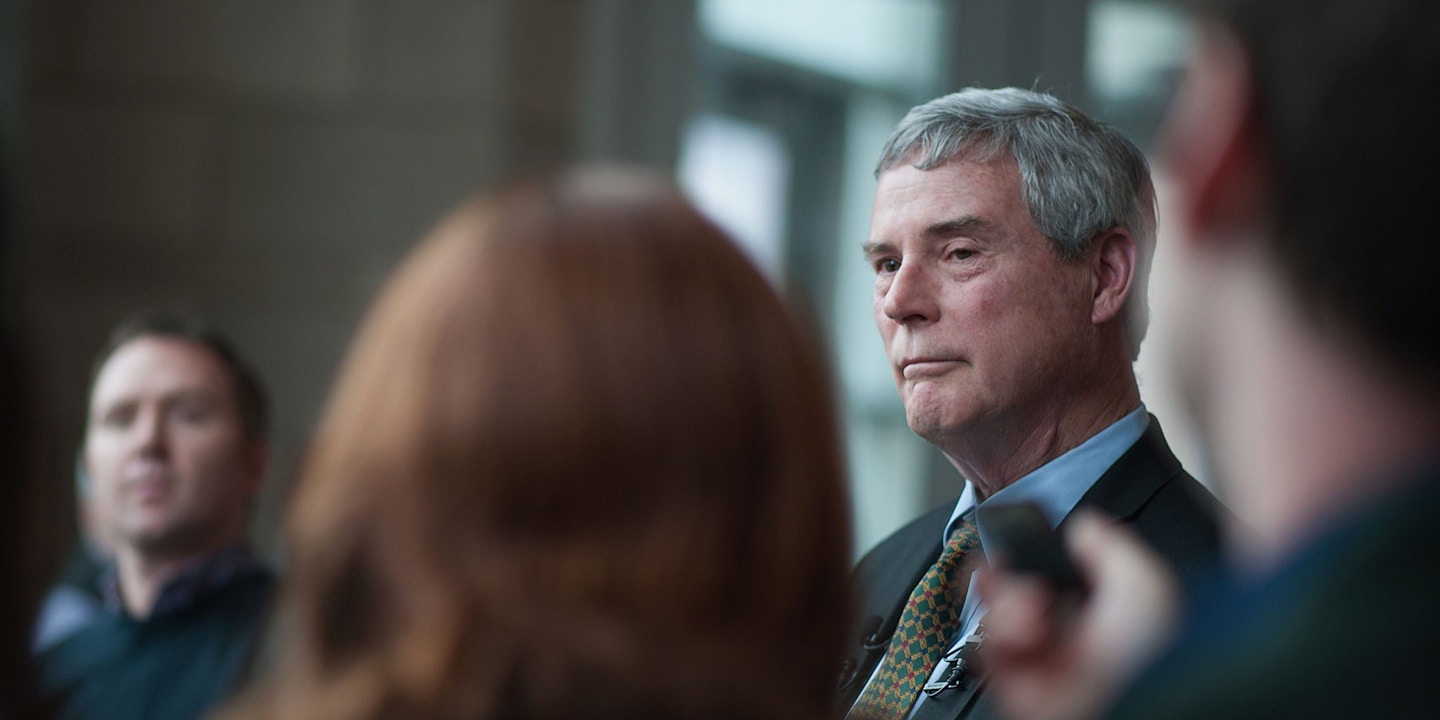 St. Louis prosecutor Bob McCulloch’s 27-year tenure was marked most famously by his failure to win an indictment of Darren Wilson, the police officer who shot and killed 18-year-old Michael Brown in 2014. He didn’t know it at the time, but that moment, and his hostile press conference announcing the decision, inspired a nationwide effort to reform prosecutorial offices by running criminal justice reformers to serve as district attorneys, not just public defenders.

In the summer of 2018, that movement eventually swallowed up McCulloch, when reformer Wesley Bell beat him in a primary.

But winning the office and reforming the system are two different tasks, and now Bell is facing extraordinary resistance from dogmatic front-line prosecutors — even before he has been sworn in.

This week, prosecutors in the office took the unusual step of voting in secret to join a police union.

At a meeting on Monday with the St. Louis Police Officers Association, or SLPOA, prosecutors and investigators rushed a vote to join the labor union known for representing cops who have brutalized and murdered civilians. The group has encouraged targeting people who oppose its defense of those cops, once tweeting an article listing 46 St. Louis-area businesses that signed a letter protesting the acquittal of cop Jason Stockley in the murder of Anthony Lamar Smith. The tweet, later deleted, read: “For what it’s worth … a list of STL businesses that hate cops and sympathize with vandals, brought to you by a tabloid birdcage liner that hates cops and sympathizes with vandals.”

The move to unionize with police officers “is unheard of,” Sergeant Heather Taylor told The Intercept. She’s president of the Ethical Society of Police, or ESOP, a group of majority black police officers founded to address race-based discrimination in the community and within the county police department.

“When it’s all said and done, it’s about race,” Taylor said. “We can sugarcoat it all we want. They’ve been under Bob McCulloch for almost 30 years, and they’ve never come together to unionize. Suddenly, when Wesley Bell wins, the people voted him in over McCulloch — unanimously — and suddenly they want to become a union.”

McCulloch’s spokesperson Ed Magee told The Intercept that his boss did not push the unionization effort. “The office is not involved in that in any way,” he said. “Everything was done through other people. Our office, the administration of this office had nothing to do with it.”

In Philadelphia, after reformer Larry Krasner took over as district attorney, he fired a number of intransigent prosecutors. Magee said the prosecutors in St. Louis were trying to avoid a similar fate.

In an interview with St. Louis Public Radio, McCulloch said the move came out of concern among his staff that Bell would either clean house or keep them from moving up. He said the idea didn’t come up when he was in office because “they knew I’d been an advocate for my employees as long as I’ve been there.”

A columnist for the St. Louis American, a weekly newspaper geared toward the city’s black community, condemned the alliance between prosecutors and the police, writing, “The St. Louis Police Officers Association (SLPOA) is a ‘labor union’ in the same way the Ku Klux Klan is a ‘fraternal organization.’ The description is technically correct as far as it goes. But it doesn’t go nearly far enough.”

Beyond racial motivations, Taylor said, the move is part of a clear pattern of attempts across the country to circumvent incoming progressive officials.

“You look at what happened in Wisconsin. You have a governor coming in and all of his abilities, they’re trying to strip his abilities before he gets there. But he’s been elected by the people to be there,” Taylor explained.

“You don’t want him to make the changes that are necessary. And the reality probably is that some of them need to go. Some of them probably shouldn’t be in those jobs anymore. And these old philosophies under Bob McCulloch haven’t done much to bring these communities together.”

The SLPOA endorsed McCulloch over Bell — as did many other regional unions — and the group has been at odds with the ESP for decades, mostly over issues of race in the community, Taylor explained.

“The issues that are prevalent in St. Louis County that are race-based, the issues that Wesley Bell ran on — change and ending cash bail and reform in the criminal justice system — from a prosecutor’s standpoint are very different, vastly different from what McCulloch was about,” she said.

The American Civil Liberties Union released a statement strongly condemning Monday’s vote, citing “serious ethical conflicts” and an “abdication of the responsibility” of prosecuting attorneys who choose to “place themselves under direct governing authority of the police union.”

“There is nothing wrong with them becoming a union. That’s a great thing,” Taylor said. “But you want to unionize with police officers. … It smells rotten. You’re expecting prosecutors as it is to turn a blind eye when they’re prosecuting cops. And that is difficult, as we know — we see the stories all around the country — the issues with even presenting cases against cops and winning those cases. So what’s going to happen when a case has been presented, and St. Louis County has to prosecute one of their own?”

Indeed, police officers are well-known to lie with abandon on the witness stand. Krasner’s office refuses to call to the stand officers known to be fabulists and/or racists. But a prosecutor who is in a union with the officer whom he is charged with questioning on the stand has a clear conflict at play.

Bell, the first black man to be elected to the office, ran on ending mass incarceration by eliminating cash bail, finding alternatives to imprisonment, and reforming the way prosecutors handle police shootings. He said he supports his future colleagues’ right to organize, despite the move raising “some questions” as far as conflicts of interest with the police. His office didn’t respond immediately to a request for comment.

McCulloch is well-known in St. Louis County for his deep familial ties to the police community — both he and Bell are the sons of officers — and faced criticism since the 1990s for his failure to indict police who killed black men.