ICE’s arrest of an activist and the targeting of aid volunteers in Arizona were early salvos in a harassment campaign that peaked with family separations. The Trump administration opened 2018 with a renewed attack on immigrants. The arrest by U.S. Immigration and Customs Enforcement of immigrant rights activist Ravi Ragbir and the targeting of No More Deaths volunteers in Arizona were early salvos in a campaign of harassment and intimidation that reached its apex with the family separation crisis. 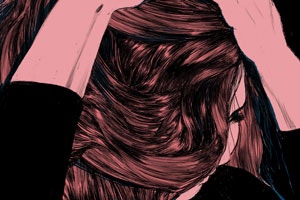 The Day After Trump’s ICE Raid in a Small Tennessee Town, 550 Kids Stayed Home From School In a massive immigration raid, ICE rounded up Latino workers without asking them questions or telling them why they were being detained.
By Ryan Devereaux, Alice Speri All along the border, immigrants coming into the U.S. — even those applying for asylum at ports of entry — have had their children removed from them.
By Debbie Nathan The practice of turning away asylum-seekers at the border has suddenly become routine, in defiance of U.S. and international law.
By Debbie Nathan

An Abused Woman Came to the U.S. Seeking Asylum. The Government Took Her 5-Year-Old Son. This Is How She Got Him Back. “I cried some, but I tried to be strong,” the little boy said when he was reunited with his mother after 38 days of separation.
By Debbie Nathan Tear gas is a tool of repression — but it also produces the kind of image that feeds Trump’s made-up notion of a border crisis.
By Natasha Lennard ICE Has Conducted Hundreds of Raids in New York Since Trump Came to Power. Here’s What Those Operations Look Like. The ICEWatch project is the culmination of years of work tracking ICE operations by the Immigrant Defense Project and the Center for Constitutional Rights.
By Ryan Devereaux An Amnesty International report describes an orchestrated campaign by the Trump administration to seek “the full dismantling of the U.S. asylum system.”
By Ryan Devereaux, Alice Speri, Cora Currier

An Iraqi Family Sought Asylum in the U.S., Thinking the Worst Was Over. Then Their American Nightmare Began. How a man accused of no crime found himself in indefinite detention on U.S. soil — and the remarkable lengths his family went to in order to get him back.
By Ryan Devereaux The group No More Deaths says the charges are part of a ramped-up effort to crack down not only on migrants, but on the groups that help them.
By Ryan Devereaux

ICE Shackled 92 Somalis for 40 Hours on a Failed Deportation Flight. That Was Just the Start of the Abuse. Half the group is being detained at Glades County Detention Center, where they have complained of a litany of abuses, including violent assaults by guards.
By Maryam Saleh 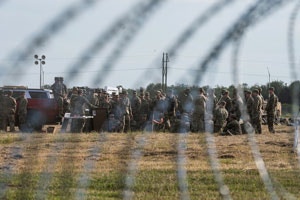 He Grew Up Thinking He Was American — Until He Was Deported 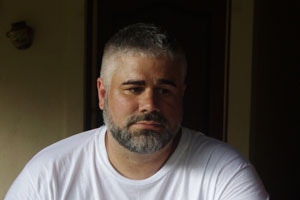 Mauricio Cappelli, with his thick Wisconsin accent, was deported to his birth country after learning as an adult that he did not have citizenship.
By Daniel Medina 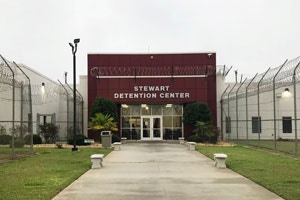 Efraín Romero de la Rosa’s suicide was the second in 15 months by a detainee with a history of mental illness at a privately run ICE detention center.
By Jose Olivares
Wait! Before you go on about your day, ask yourself: How likely is it that the story you just read would have been produced by a different news outlet if The Intercept hadn’t done it? Consider what the world of media would look like without The Intercept. Who would hold party elites accountable to the values they proclaim to have? How many covert wars, miscarriages of justice, and dystopian technologies would remain hidden if our reporters weren’t on the beat? The kind of reporting we do is essential to democracy, but it is not easy, cheap, or profitable. The Intercept is an independent nonprofit news outlet. We don’t have ads, so we depend on our members — 35,000 and counting — to help us hold the powerful to account. Joining is simple and doesn’t need to cost a lot: You can become a sustaining member for as little as $3 or $5 a month. That’s all it takes to support the journalism you rely on.Become a Member