Efraín Romero de la Rosa’s suicide was the second in 15 months by a detainee with a history of mental illness at a privately run ICE detention center. 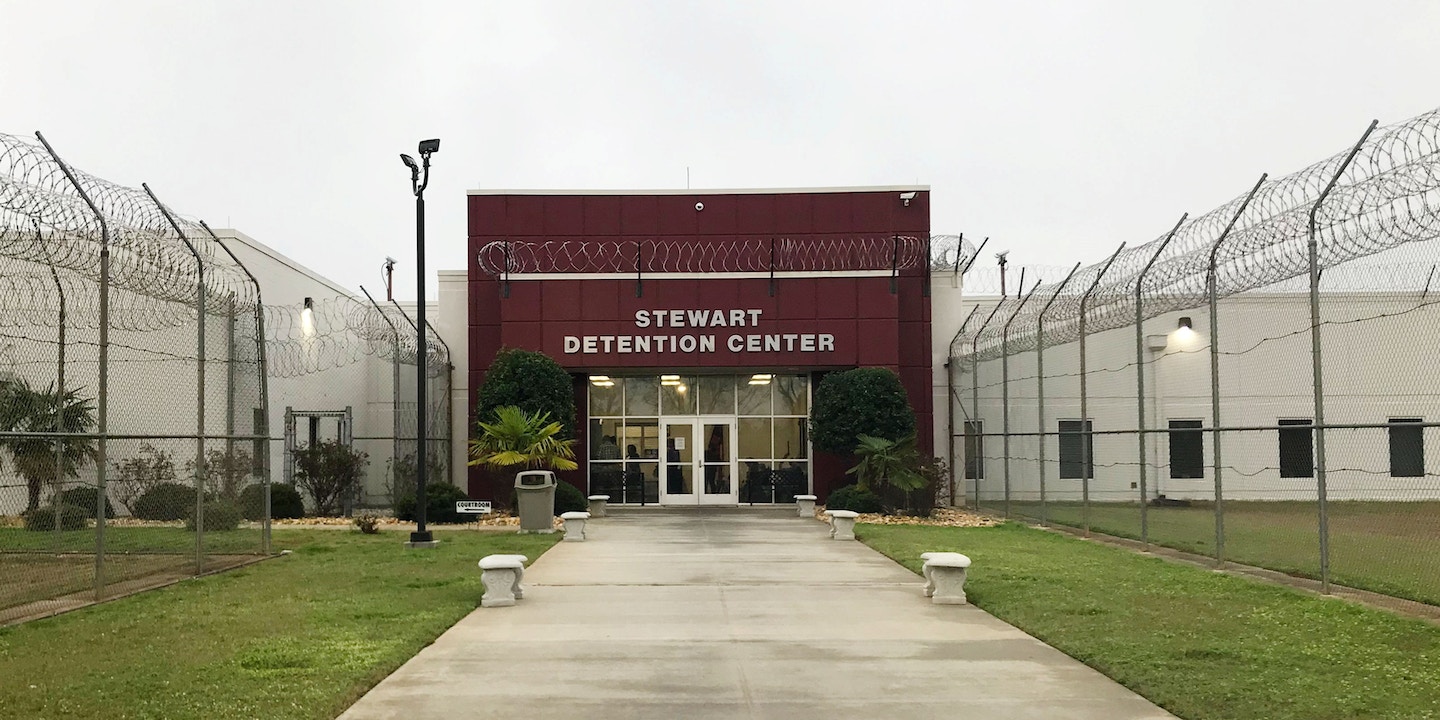 Isaí Romero had no idea how to break the news to his parents that their son — his brother — had died. The elderly couple, nearly 2,000 miles away in Puebla, Mexico, had been anxiously waiting for their 40-year-old son, Efraín Romero de la Rosa, to be deported back home. Efraín himself was also looking forward to it.

“His big hope was that — going to Mexico,” Isaí Romero, who lives in North Carolina, told The Intercept by phone. The deportation would be a relief compared to the limbo of immigration detention, where Efraín had landed after being placed in immigration removal proceedings by U.S. Immigration and Customs Enforcement. But Efraín never made it out of the ICE facility.

“I spent the entire day crying. I didn’t know how to tell my parents what had happened.”

“When they gave me the news, all of a sudden, the entire world collapsed,” Isaí Romero said. “I spent the entire day crying. I didn’t know how to tell my parents what had happened. I waited for my mom to eat — to be calm, you know?”

Efraín Romero’s suicide came at the end of 21 days in solitary confinement, according to investigators.

Romero had been previously diagnosed with schizophrenia and bipolar disorder, according to documents from the Virginia Department of Corrections. His death parallels a case from May 2017, when 27-year-old Jean Jimenez-Joseph, another Stewart detainee with a mental health diagnosis, killed himself at the facility after 19 days in solitary confinement. The United Nations has previously said that such confinements could constitute torture and ICE itself has issued strict directives about isolating detainees, including specifically on segregating people with mental health conditions for extended periods.

For lawyers, advocates, and the families of the dead, the suicides at Stewart represent a pattern of mistreatment at the hands of ICE, leading to widespread concerns about the safety of immigrant detainees, especially at privately run facilities like Stewart. Romero is the third death at the facility since May 2017 — a troubling indication of an overwhelmed mass immigration detention system that is ill-equipped to deal with delicate cases involving medical and mental health issues.

“We very much have a pattern here,” Azadeh Shahshahani, an attorney with Atlanta-based social justice group Project South, said. “I’m not sure what else it would take for the government to shut this place down. How can they defend what is happening at this facility?” 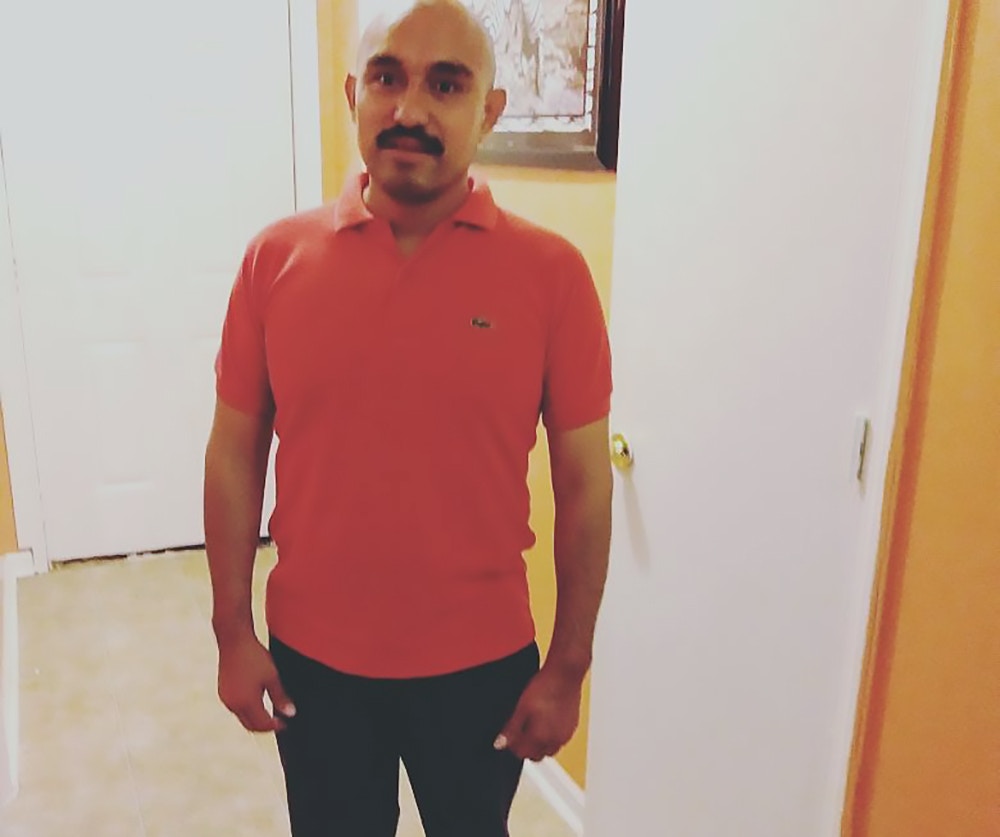 Efraín Romero entered ICE custody in March, after being arrested for larceny. He had been staying with his brother Isaí in North Carolina. Isaí Romero said he and his family are trying to stay positive, praying and anxiously awaiting details on what led to the suicide.

“He went to other [detention facilities] and he didn’t even scratch himself,” Isaí Romero said. “But he goes to this facility and he takes his own life. I can’t believe it. I can’t believe what happened there.”

The Stewart Detention Facility is managed by the private detention corporation CoreCivic under a contract from ICE. The facility is located on the remote outskirts of Lumpkin, Georgia, making visits from family, advocates, and lawyers a challenge. It has fallen under continued scrutiny for its internal operations, by both advocacy organizations and the U.S. government itself.

“The conditions at Stewart are atrocious.”

At the federal level, ICE sets Performance-Based National Detention Standards for all its facilities, regardless of whether they are run by a private corporation or the government. The purpose of the standards is to maintain a “safe and secure detention environment for staff and detainees.”

According to a December 2017 report released by the Department of Homeland Security’s Office of Inspector General, Stewart violated some of the standards, including when it came to the use of “segregation” — also known as solitary confinement. According to the report, staff did not always tell detainees why they were being placed in solitary confinement. Sometimes, the report notes, detainees were placed in solitary “for violations of minor rules” without required written notification for reasons of lockdown. As The Intercept previously reported, detainees at Stewart have been punished with solitary confinement for refusing to perform voluntary labor.

In a statement to The Intercept, the Office of Inspector General said it estimates the work to address its report’s recommendations will be “complete by the end of 2018.”

That will be little consolation to Efraín Romero’s family. 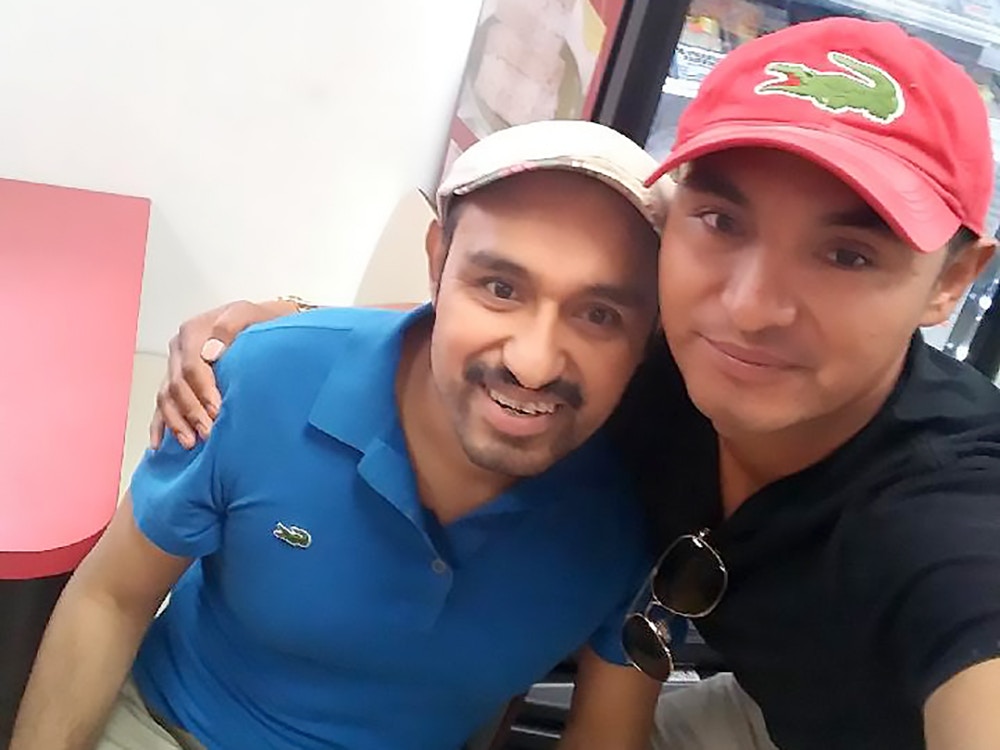 Efraín, left, poses for a photo with his brother, Isaí. According to Isaí, his brother was hard-working, loving, and compassionate.

Photo: Courtesy of the Romero family

Why Efraín Romero was placed in solitary confinement during his time at Stewart remains unclear.

Prior to Romero’s stay in North Carolina — where Romero was arrested and turned over to ICE — he had been living in Virginia. It was there that he received his mental health diagnosis. He was taken to a treatment center run by the Virginia Department of Corrections. According to his medical discharge summary, which was seen by The Intercept, in June 2017, the Department of Corrections diagnosed him with schizophrenia and bipolar disorder, prescribing five different medications and Vitamin D as treatment.

Immigration attorney Andrew Free, who is representing Romero’s parents and the family of Jimenez-Joseph, the detainee who killed himself at Stewart in May 2017, said that ICE should be aware of detainees’ medical conditions.

“Just because you’re locked up doesn’t mean you should get substandard medical care.”

“Just because you’re locked up doesn’t mean you should get substandard medical care,” Free told The Intercept. “And the standard of care is to understand what treatment has been provided in the past and what treatment is necessary — and that requires getting the records.”

In a statement, ICE said that all detainees receive a comprehensive physical exam within 14 days of arrival at a facility to identify medical, mental health, and even dental conditions that require treatment. “ICE is firmly committed to the health and safety of all individuals in custody including providing access to necessary and appropriate medical care,” the statement said. “All ICE detainees, regardless of location, can expect timely and appropriate responses to emergent medical requests, and timely medical care appropriate to the anticipated length of detention.”

“CoreCivic strives to house detainees in the least restrictive environment necessary to maintain the safety and security of the institution,” CoreCivic said in a statement. “Regarding Mr. De La Rosa, CoreCivic is cooperating fully with officials investigating his death.” (Both ICE and CoreCivic declined to comment further because of the ongoing investigation.)

The Georgia Bureau of Investigation also launched a probe into Romero’s death. Officials with the agency confirmed to The Intercept that Romero was found in a solitary cell amid a suicide attempt. (He died shortly thereafter in a nearby hospital, according to an ICE release.) The Georgia Bureau of Investigation said he had been placed in two separate isolation cells, beginning his 21 days in solitary confinement on June 19.

In 2011, Juan E. Méndez, then the U.N. Special Rapporteur on Torture and Other Cruel, Inhuman or Degrading Treatment or Punishment, said solitary confinement for more than 15 days could be considered torture. ICE itself warned in a 2013 policy document that placing someone in solitary confinement could cause the “deterioration of the detainee’s medical or mental health,” laying out regulations for such cases that mandate reporting extended detentions, evaluating detainees, and allowing for alternatives when “available.”

Efraín Romero was the eighth detainee to die in ICE custody this year. Another death at Stewart this year also raised questions about poor medical care in the facility. In January, 33-year-old Yulio Castro-Garrido was detained in Stewart when he became ill with pneumonia. A judge had previously signed his deportation order to send him back to Cuba.

“We heard from another inmate he was being hospitalized, he had been sick for a while, had been complaining,” Frank Alain Suarez, Castro-Garrido’s brother, told The Intercept. “The person that called us, the inmate, told us he couldn’t even breathe.”

Castro-Garrido was taken to two different hospitals in Georgia and later, the Mayo Clinic in Jacksonville, Florida. On January 22, Castro slipped into a coma. He died eight days later.

According to Suarez, the inmate that told him of his brother’s hospitalization asked Suarez not to tell staff at Stewart, for fear of getting in trouble.

“I don’t know what they do to them, but they’re really scared of saying anything to the phone,” said Suarez, who is receiving legal support from Project South. “I believe the conditions inside have to be so bad that a flu can turn into pneumonia very quickly, and I guess the medical care is so horrible, no one could catch it in time.” Suarez added, “He was 100 percent healthy and fine. And after he got into ICE care, he got extremely sick — so sick he died.”

The conditions at the facility have led advocates, like Project South’s Shahshahani, to call for the facility to be shut down. Earlier this year, Project South, in collaboration with the Transnational Legal Clinic at the University of Pennsylvania Law School and more than 70 other organizations, sent a letter to the U.N. to call for an investigation into the facility, where they claim human rights violations are being committed. Project South also sent another letter to the Inter-American Commission on Human Rights, highlighting the alleged human rights abuses.

“The national conversation is about abolishing ICE. I am very much for that,” Shahshahani said “Obviously this agency is a failure, as we’re seeing here with the way these facilities are being operated. It is beyond repair, and it should have been shut down a long time ago.”

Isaí Romero, meanwhile, has started a GoFundMe campaign, aiming to raise $10,000 to cover the cost of sending Efraín Romero de la Rosa’s body back to Puebla, so that his family may have a chance to say goodbye.

Top photo: The entrance to the Stewart Detention Center in Lumpkin, Georgia, on Feb. 21, 2018.