Amid Internal Investigation Over Leaks to Media, the Center for American Progress Fires Two Staffers

The staffers were investigated for leaking an email exchange to The Intercept that reflected improper influence by the UAE within the think tank. 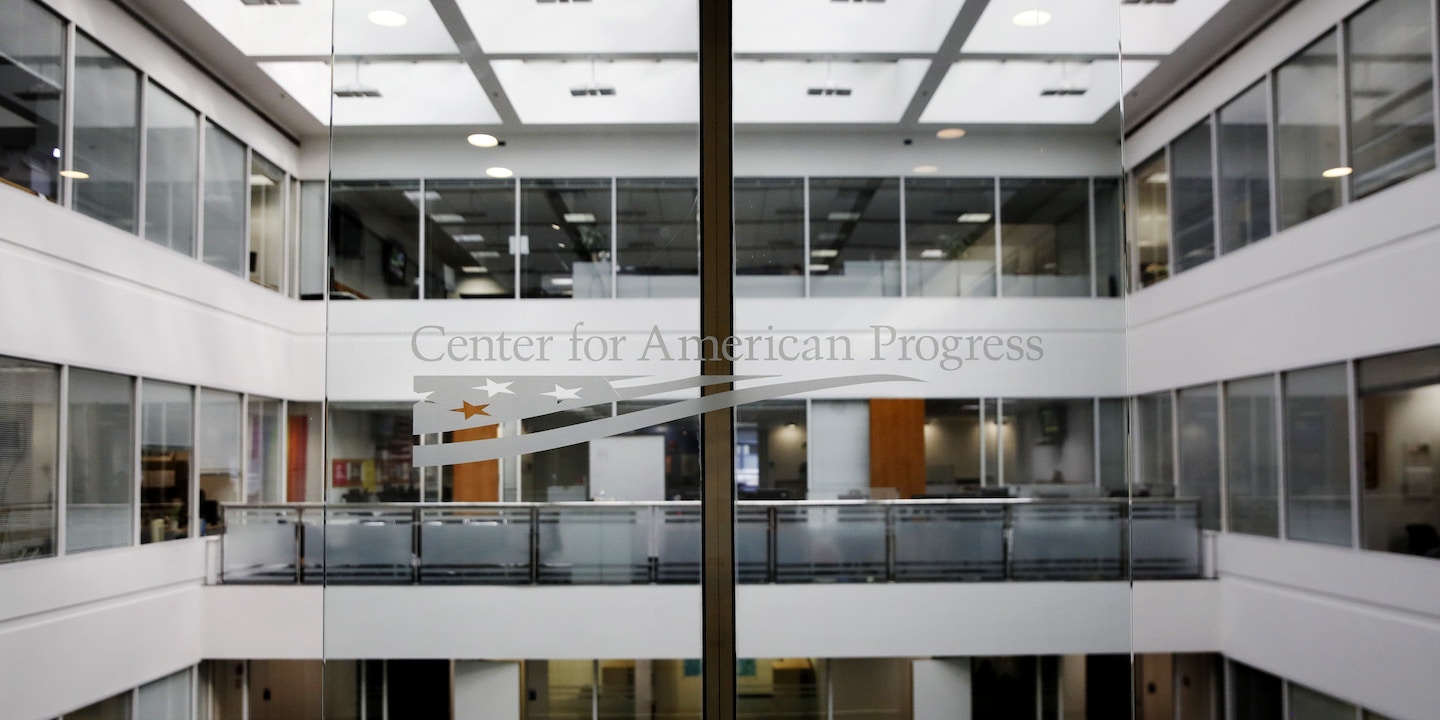 The Center for American Progress fired two staffers suspected of being involved in leaking an email exchange that staffers thought reflected improper influence by the United Arab Emirates within the think tank, according to three sources with knowledge of the shake-up. Both staffers were investigated for leaking the contents of an internal email exchange to The Intercept, but neither of the former employees was The Intercept’s source.

“He is a consummate team player who will raise whatever concerns he has through proper channels, but at the end of the day, he’s on board with the team.”

One of those fired, Ken Gude, was a senior national security staffer. He worked at CAP since 2003 and previously served as the progressive think tank’s chief of staff. The notion that he would have leaked the exchange just doesn’t square with his time at CAP, said one of the sources close to the situation. “Ken loves CAP and has dedicated 15 years of his life to the organization,” said the source. “He is a consummate team player who will raise whatever concerns he has through proper channels, but at the end of the day, he’s on board with the team.”

A CAP spokesperson acknowledged two employees were fired as a result of the leak investigation, but said that the leak was not the reason they were fired: “We are not going to discuss internal personnel matters, but no one was fired at CAP for leaking or whistleblowing.” Internally, however, multiple members of CAP leadership have used the leak as the leading rationale for the firings in multiple settings, sources said. Gude did not return requests for comment.

At issue was an internal debate over how to frame CAP’s response to the murder of Washington Post contributing columnist Jamal Khashoggi, who was dismembered by Saudi Arabian officials inside the nation’s consulate in Istanbul on October 2.

The initial draft of the CAP’s statement condemned the killing and Saudi Arabia’s role in it, calling for specific consequences. Brian Katulis, a Gulf expert at CAP, objected to the specific consequences proposed in an email exchange with other national security staffers, according to sources who described the contents of the thread to The Intercept. At an impasse, the specifics were dropped, replaced merely with a call to “take additional steps to reassess” the U.S.-Saudi relationship, and the statement was released to the public on October 12.

“The alleged detention, torture, and murder of U.S. resident and journalist Jamal Khashoggi by the Kingdom of Saudi Arabia is a heinous and reprehensible act that deserves global condemnation. The Trump administration should hold the Saudi government accountable,” the shortened statement said. “In a welcome response, members of the U.S. Senate Foreign Relations Committee have moved to hold Saudi Arabia accountable under the Global Magnitsky Act. The administration and Congress should take additional steps to reassess the U.S. relationship with Saudi Arabia to determine whether it continues to reflect our long-term interests.”

The UAE, Saudi Arabia’s closest ally, is one of the top donors to the think tank. Katulis is close with the UAE’s ambassador in Washington, Yousef Al Otaiba, who is the go-between for Emirati money flowing into Washington. Otaiba also played a key role in elevating Mohammed bin Salman to his position as crown prince of Saudi Arabia, using his considerable influence within the American foreign policy establishment to make the case for bin Salman’s moderation and reform-minded approach to government.

Katulis is CAP’s link to Otaiba. As The Intercept has previously reported, Katulis worked with the diplomat to help organize UAE-sponsored trips to the wealthy Gulf country for American think tank experts, according to emails purloined from Otaiba’s Hotmail inbox. They were released to the media by a group called Global Leaks amid a row between the UAE and its neighborhood rival Qatar. According to the emails, Katulis has also given Otaiba advice on how to lobby the Trump administration on issues relating to Egypt.

The CAP email exchange about Khashoggi’s killing was not leaked to The Intercept by a CAP staffer; its substance was described by a source outside CAP. The exchange was subsequently confirmed by another source within CAP who reviewed it, but who is not on the national security team and was not included on the original chain. At no time during the reporting of the Intercept story did either Intercept journalist working on it receive any information from the CAP employees identified in the leak investigation.

The Intercept learned of the email exchange while reporting a December 23, 2018, story about the role of establishment progressive groups in the legislative fight to end the Yemen war. The Intercept’s request for comment on that story prompted an internal leak investigation at CAP, which included searching employees’ emails without their knowledge.

After the leak investigation, the staffers were fired before the article was published, according to three sources with knowledge of the chronology. The sources declined to speak on the record, as doing so could jeopardize professional relationships.

Gude, according to his Twitter timeline, was on paternity leave at the time of his firing. He has since removed CAP from his Twitter bio. Attempts to reach the second staffer have been unsuccessful, but a source who first confirmed the firing requested that we not publish the staffer’s name so as to protect the former staffer’s future employment prospects. Multiple sources subsequently confirmed the staffer’s termination.

The second employee was suspected of leaking, according to one source, because the staffer forwarded the exchange to a superior, concerned about the propriety of the debate around the Khashoggi statement. But the now-fired employee had no intention of making the matter public, according to the source.

The accounts of the email exchange on Khashoggi were not included in the December 23 Intercept article.

“I cannot overstate how widely known this was.”

The dispute over the statement was widely discussed within CAP, and people outside the organization also learned of it. “I cannot overstate how widely known this was,” said one of The Intercept’s sources about the email exchange. CAP’s acceptance of UAE money has also been controversial within the organization for some time.

The UAE operated torture chambers in Yemen “in which the victim is tied to a spit like a roast and spun in a circle of fire,” the Associated Press has reported.

Gude has criticized U.S. policymakers for ignoring the UAE’s human rights abuses, an article that CAP itself pointed to when defending its record on the war in Yemen to The Intercept. “In United Arab Emirates (UAE)-controlled prisons, Yemeni detainees are stripped naked, tied up, have large rocks suspended from their testicles, and raped or sodomized by wooden or steel poles. All of it is filmed by guards,” Gude wrote, in perhaps CAP’s most graphic summary to date of the reports of UAE torture. “These are some of the gruesome details in a new report from The Associated Press (AP)—a follow-up to its June 2017 report—documenting the horrific torture and abuse occurring in UAE-run prisons in Yemen.”

The irony of Gude’s firing is that he celebrated the statement on Twitter the day it was released. “Great statement,” Gude wrote on Twitter, “demanding the US hold Saudi Arabia accountable for the murder of Jamal #Khashoggi & MBS’s increasingly reckless actions that have killed thousands of Yemenis & jailed women’s rights advocates.”