Democrats had pushed for cuts to ICE’s detention budget, but ceded that demand in the interest of moving negotiations forward. 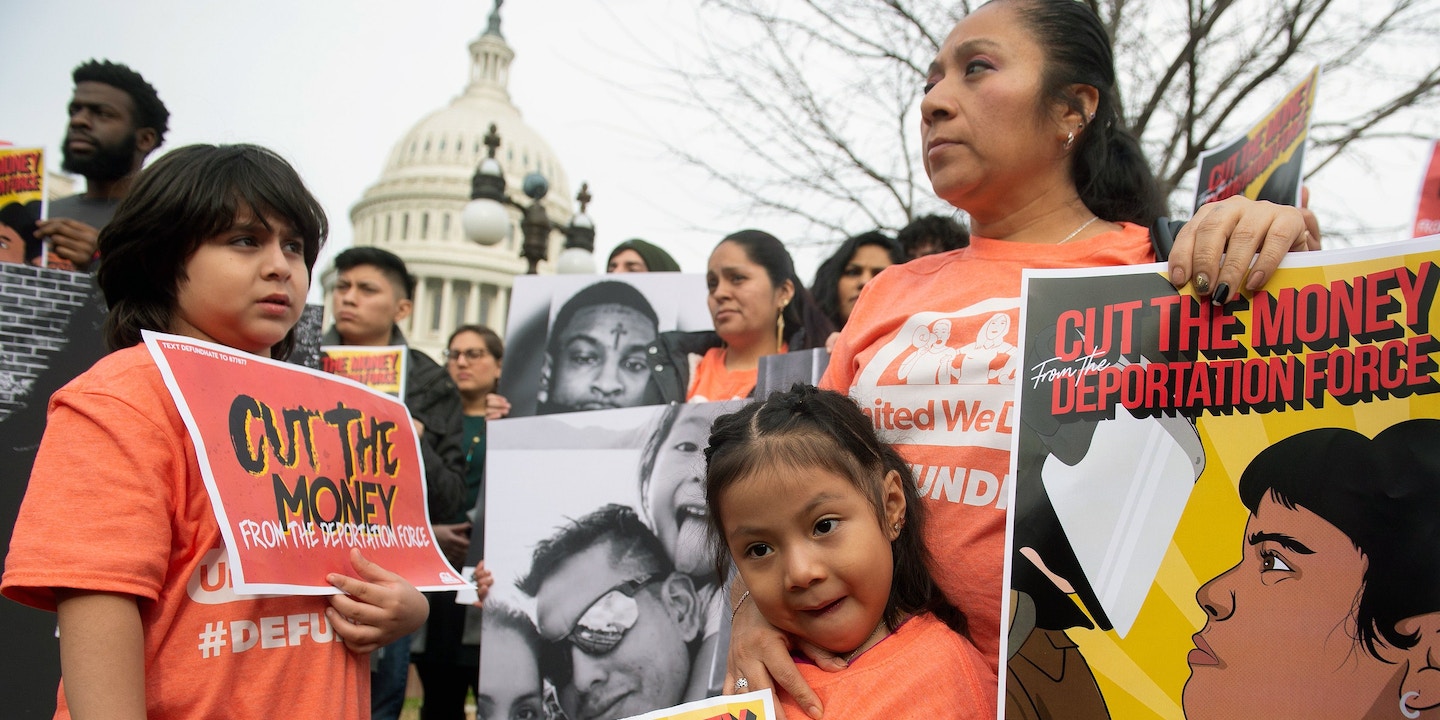 Immigrant rights groups are reacting angrily to the border deal to keep the government open, which President Donald Trump has said that he will sign into law, averting a shutdown. The bill, which has not yet officially been drafted, gives Trump more than $1 billion in funding for new barriers on the southern border, and funds a potential increase in immigrant detention capacity.

The barriers that the bill would fund are a rhetorical downgrade from Trump’s signature policy of erecting a border wall, which House Speaker Nancy Pelosi, D-Calif., has repeatedly rejected to fund. Funding for immigration detention, which has soared under the Trump administration, was a key issue in talks over keeping the government open. Democrats had pushed for cuts to U.S. Immigration and Customs Enforcement’s detention budget, but ceded that demand in the interest of moving negotiations forward. The bill would fund the government through September 30.

The central problem with the deal, leaders of the immigrant rights community say, is that Democrats, from a position of strength given their control of the House of Representatives, merely entrenched Trump’s immigration policy. The deal, they say, puts a bipartisan stamp of approval on the dark chapter of American history that Trump’s policies have brought upon us.

Ana María Archila, co-executive director of the Center for Popular Democracy, said that Democrats appeared to be negotiating as if the November elections hadn’t happened. Trump made the midterms a referendum on his border wall, driving 24/7 news coverage of a migrant caravan walking through Central America. He declared the caravan a national crisis and sent the military to the border.

“Schumer needs to understand that his mandate is different. He’s negotiating as if the elections didn’t matter,” said Archila, referring to Senate Minority Leader Chuck Schumer, D-N.Y. “I think that the deal essentially accepts Trump’s paradigm that there is a security crisis at the border that needs more investment and enforcement. It displays a level of a lack of moral grounding in some ways. The country now knows what enforcement looks like. It’s ugly. It’s children in cages. It’s families that’ll never see each other again. That’s what this funding will do.”

Javier Valdes, co-executive director of Make the Road NY, an immigration group, said that if the details of the deal match the reporting, he would urge Congress to reject it. His biggest objection is that it expands immigration enforcement, he said. “There’s been a national conversation about the role of ICE and detention, and folks expected we’d see something that actually decreased the level of detention and came with actual oversight. It’s not just about the wall. It’s the other enforcement mechanisms and the impact they’re having on our communities on a day-to-day basis.”

Republican leaders Sen. Mitch McConnell and Rep. Kevin McCarthy are pushing the deal, but it is not entirely clear how the rest of the GOP caucus, many of whom wanted to see a wall built, will vote on the funding bill. In some ways, opposition from immigration groups and progressives could make the deal more likely to pass, as the outrage convinces Republicans that the deal Trump got does indeed expand his deportation regime.

There are, on average, about 50,000 people in immigration detention on any given day, even though a 2018 spending deal provided funding for 40,520 beds. Democrats had fought to shrink or limit the number of beds available to immigration authorities, in an effort to slow the expansion of the administration’s deportation infrastructure. But the party withdrew that demand under pressure from Republicans, and the new bill allows for the further increase of detention capacity from the current level.

“The funding bill was a chance to put a check on the detention system, which is a key driver of mass deportations.”

“ICE’s budget has skyrocketed and despite this, they keep getting bailed out for overspending. Some action needs to be taken and reducing funding is a start,” Shah said. “The administration is quietly expanding detention all over the country in behind-the-scenes deals with local counties and private contractors, and the funding bill was a chance to put a check on the detention system, which is a key driver of mass deportations.”

Democrats were hamstrung in negotiations by their own previously enthusiastic support for deportations and border enforcement. Before Trump made the issue partisan by demanding a wall during his presidential campaign, both parties eagerly spent billions to militarize the southern border.

“For decades, both parties have built up the deportation [machine] without question, and this deal represents the ‘enforcement-only’ status quo that Washington has been stuck in for too long,” said Greisa Martinez Rosas, deputy executive director of United We Dream and a recipient of Deferred Action for Childhood Arrivals, or DACA. On Wednesday, activists from United We Dream, which advocates for immigrants who arrived in the United States as children, occupied a portion of the Cannon House Office Building.

“This was an old-fashioned shakedown — Trump threatened to shut down the government again unless Congress gave him and his deportation force more cash to execute their racist vision of mass deportation, and while Democrats gave him the money, immigrant families will pay the price,” Rosas said.

One senior Democratic aide, who was close to the negotiations but not authorized to speak publicly, said that the alternative to the deal that was struck was a continuing resolution, a temporary funding measure that would keep the system running as is. That meant that either way, there would be a further expansion of beds. “That’s the best argument,” he said.

Rep. Pramila Jayapal, D-Wash., a co-chair of the Congressional Progressive Caucus, said on Wednesday that she’s still trying to get all the details of the deal, but is strongly leaning toward voting no because of “the lack of accountability around the detention system” and the increased number of detention beds.

She said she would like a guarantee from the Trump administration that the Department of Homeland Security will use its funds as appropriated by Congress, instead of moving money around to fund the wall, as Trump has threatened. “Without that accountability, it becomes very difficult to approve that,” Jayapal said.

Rep. Adriano Espaillat, D-N.Y., said he’s “leaning as a strong no” on the deal. “I think for far too many times, Dreamers and immigration reform in general get pushed to the back,” Espaillat told The Intercept. “And we won’t have comprehensive immigration reform on a nice sunny day or on a spring morning. We will have it in the middle of a crisis that will yield a give and take, that will force people to reach a consensus, and I think we missed another opportunity.”

Rep. Alexandria Ocasio-Cortez, D-N.Y., also told The Intercept she will “probably be voting no.”