The New York governor’s budget proposal includes a measure that would lower the annual spending threshold for what counts as lobbying from $5,000 to $500. 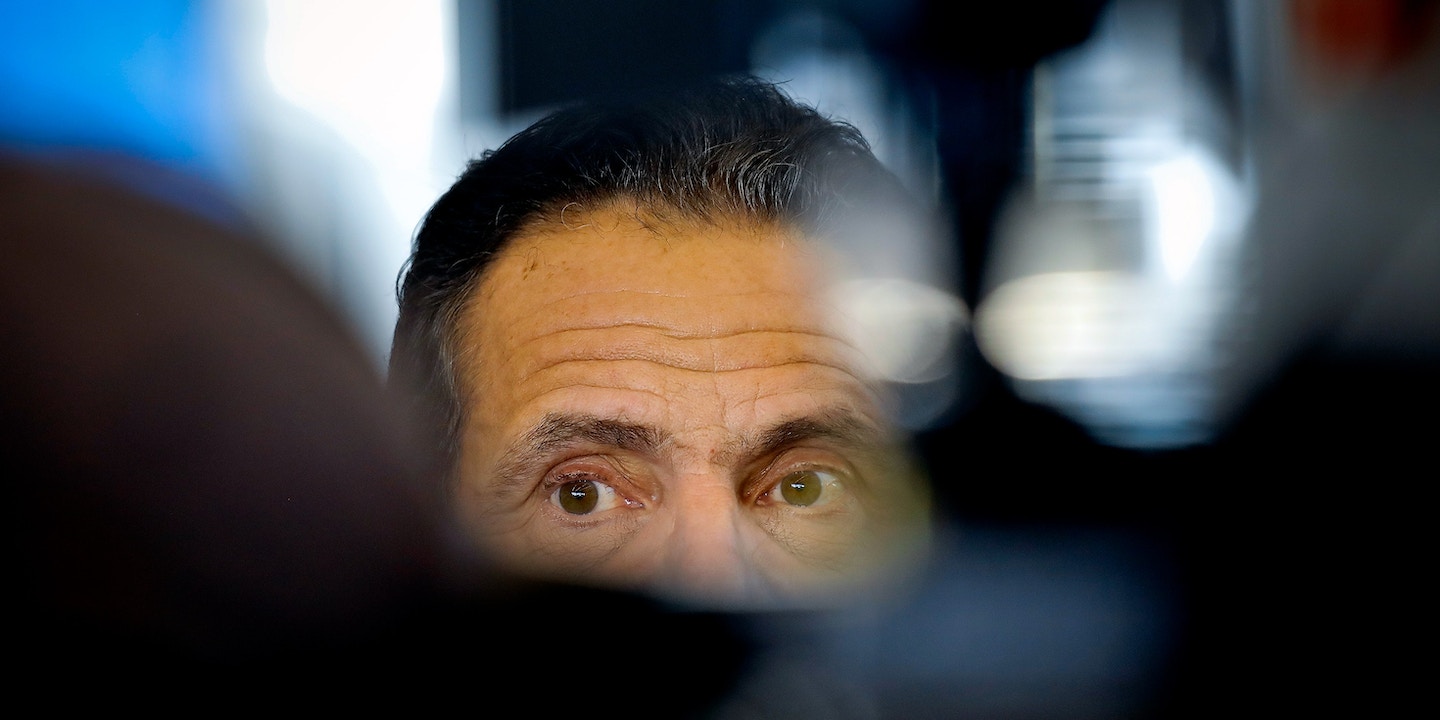 When activists in New York get together to send letters to their elected officials, they pool together money to pay for postcards, stamps, and even pizza to chow on as they do their work. Printing out flyers to advertise their events can also cost a pretty penny.

These efforts are almost always volunteer-funded, but if Gov. Andrew Cuomo gets his way, activist organizations will have to register as lobbyists if they spend $500 a year on such activities.

A lobbying proposal tucked away in Cuomo’s executive budget would lower the annual spending threshold for what counts as lobbying from $5,000 to $500 — requiring grassroots organizations, run largely by volunteers, that engage in even a bit of issue-based advocacy to register as lobbyists.

Cuomo’s Good Government and Ethics Reform law comes after a year in which the governor faced a primary challenge from the left and faced pressure from grassroots groups to disband the Independent Democratic Conference, a group of Democrats who caucused with Republicans and gave them a constructive majority in a Democrat-held state Senate.

Other lobbying reforms included in the package are a requirement for lobbyists to disclose campaign contributions; a ban that would prevent political consultants from lobbying elected officials whose campaign they previously worked for; and increased penalties for lobbyists who fail to follow disclosure rules. The lobbying reforms will be considered in negotiations with the legislature ahead of an April 1 budget deadline.

Activist organizations say the spending threshold proposal is meant to attack and stifle grassroots movements, which backed Cuomo’s primary opponent, Cynthia Nixon, and helped vote IDC members out of office. Some opponents say the move — which would subject regular volunteers, with full-time jobs and children, to the same reporting requirements as professional, paid lobbyists — appears to be vindictive.

More than 100 grassroots groups across the state last week signed onto a legislative memo, saying they are “strongly opposed” to the measure. Signatories to the memo, spearheaded by the True Blue NY grassroots coalition, include organizations that were formed after the 2016 election, like dozens of local Indivisible chapters and Rise and Resist, as well as groups that have long advocated for more progressive policies, like Concerned Citizens For Change.

“Unlike actual lobbyists, the high school students, retirees, public school parents and others who devote their spare time to state politics, whether as individuals or as members of grassroots groups like Indivisible, do not work on behalf of a monied special interest,” the memo said. “We are not paid for our efforts. Rather, our groups rely on their volunteers chipping in whatever they can.”

Opponents say the $500 threshold is unrealistically low and can be met quickly. Ricky Silver, a lead organizer for the progressive group Empire State Indivisible, told The Intercept that for a group like his, the cost of renting a charter bus for volunteers to make a trip or two to Albany is enough to reach the spending threshold. The group tries to keep expenses down to an absolute minimum, he said, and didn’t come close to reaching the threshold of $5,000 last year. But $500 annually is “an impossibly low bar,” given that in a typical week members might have to spend money on clipboards and pens to go out to a park and get signatures or on donuts and coffee. Having to collect receipts from volunteers and keeping track of the frequent expenses on top of filing spending reports will stifle engagement, he added.

In January, Empire State Indivisible, in addition to other advocacy groups, went down to Albany to lay out their policy priorities for the first 100 days of the newly elected Senate majority, including comprehensive campaign finance reform; and small-donor match, publicly financed elections; voting right reforms; and “Medicare for All.”

The measure would also create logistical and financial burdens. Registered lobbyists are required to complete a mandatory online ethics training and pay a fee of $200, according to the lobbying manual of the the New York state Joint Commission on Public Ethics. They would also have to fulfill the reporting requirements, which include filing spending reports a minimum of six times per year and submitting semi-annual reports.

“We are not set up with the legal resources or the accounting resources or the time to spend on what would be the requirements,” Silver said. He added that, beyond his individual group, “the lack of confidence in what the rules would be, would also be a big deterrent for individuals.”

When asked about the opposition from progressive groups, Rich Azzopardi, a senior adviser to Cuomo, said the lobbying proposal is part of a larger suite of changes the governor is trying to enact: “It’s not just lobbying reform. It’s lobbying reform, and campaign finance reform, and independent expenditure reform, and voting reform, and procurement reform,” Azzopardi wrote in an emailed statement. “It’s all related and we have an unprecedented opportunity to increase transparency and disclosure and improve our democracy for the better. The fact that some self-described reform groups are against reform speaks to the problem in better ways than I can.”

Zephyr Teachout, a law professor who focuses on corruption, and a 2018 candidate for New York attorney general, slammed Cuomo for the move. In a tweet, she described it not as a solution to corruption in New York, but a solution to “Cuomo’s grassroots-activists-stopping-his-plans problem.”

Cuomo has proposed a $500 threshold for triggering lobbying requirements.

This is not a solution to New York's very serious corruption problems.

It is a proposed solution to Andrew Cuomo's grassroots-activists-stopping-his-plans problem, a problem we need more of.

Cuomo dissolved the IDC last year after Nixon launched her primary challenge against him. It has been reported that the governor was “deeply involved“ in the creation of the IDC, though his office has previously denied playing a role.

Julie Goldberg, who challenged a former IDC member last year, said a network of over 60 progressive organizations had already been formed to oppose the IDC by the time she had begun her campaign. Though she herself was not elected, six of the eight former IDC members in the Senate were unseated in the state’s Democratic primaries.

Empire State Indivisible was among the groups that worked to expose the IDC, backed primary challengers to IDC members, and got involved in races that helped flip the New York Senate from red to blue last November, Silver said.

Because Cuomo’s proposal would impact the groups that backed insurgent candidates who took down the IDC, Silver said he believes the move “is nothing more than an attempt to stifle the work we’ve been doing. And the main folks it would impact are the folks that helped build a Democratic majority in the state. It’s worrisome that the governor doesn’t seem to support or relish in that majority.”

Seventeen elected officials joined with dozens of grassroots organizations to issue a joint statement in opposition to Cuomo’s move. State Sen. Alessandra Biaggi, who signed onto the statement, said the goal of ethics reforms should be to take money out of politics, “not to remove the voice of the people from our government.”

State Sen. Robert Jackson, D-Manhattan, whose election was propelled by activist groups, concurred. “Governor Cuomo’s proposal to lower the reportable lobbying threshold to $500 is a shameful swipe at the very grassroots volunteer groups who helped me and other IDC-challengers get elected in 2018 and break the log-jam in Albany in 2019,” Jackson said in a statement.